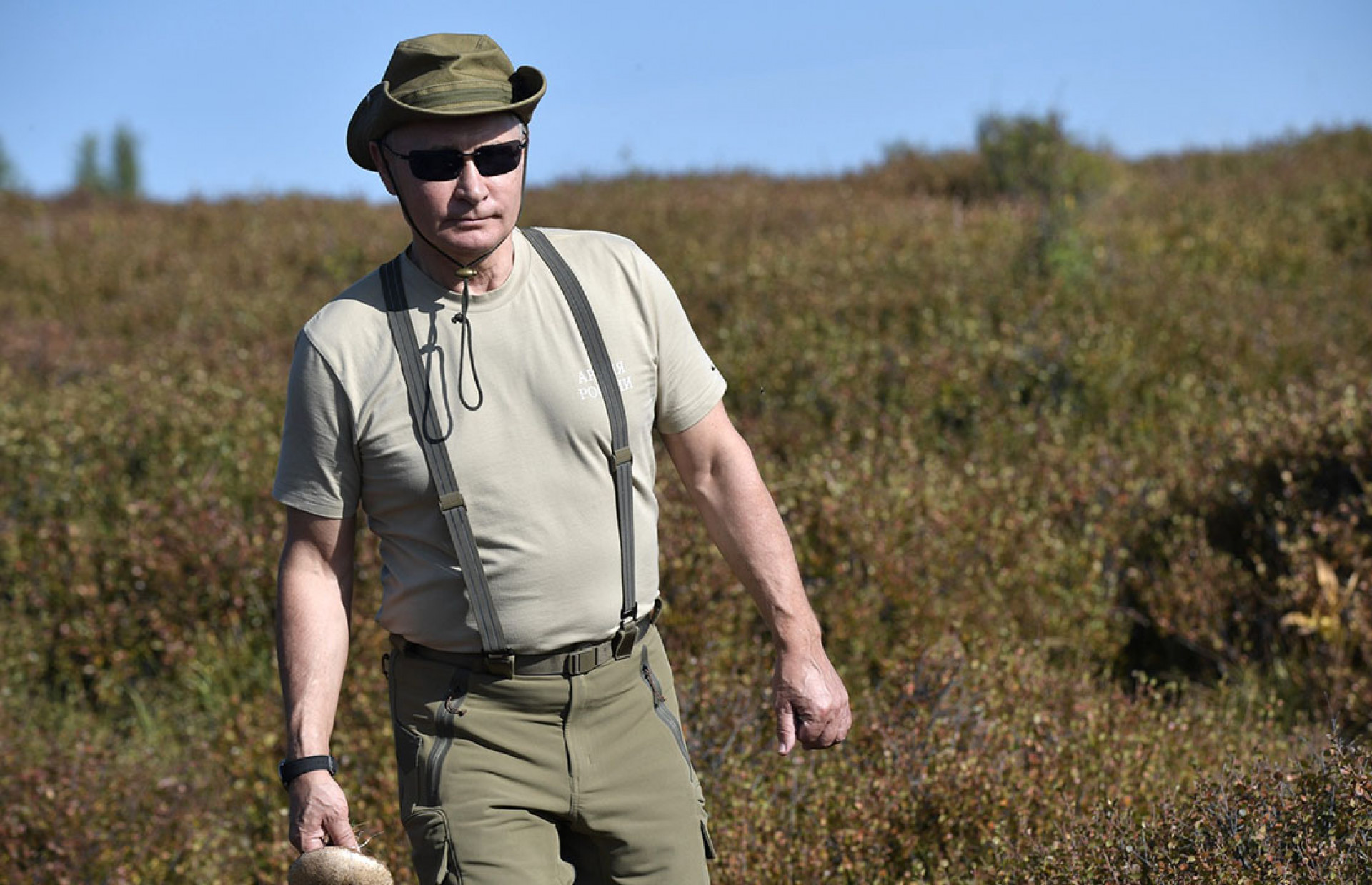 Russia's president decided to take an August nature trip to Siberia's Tuva region for the second year in a row. Kremlin.ru 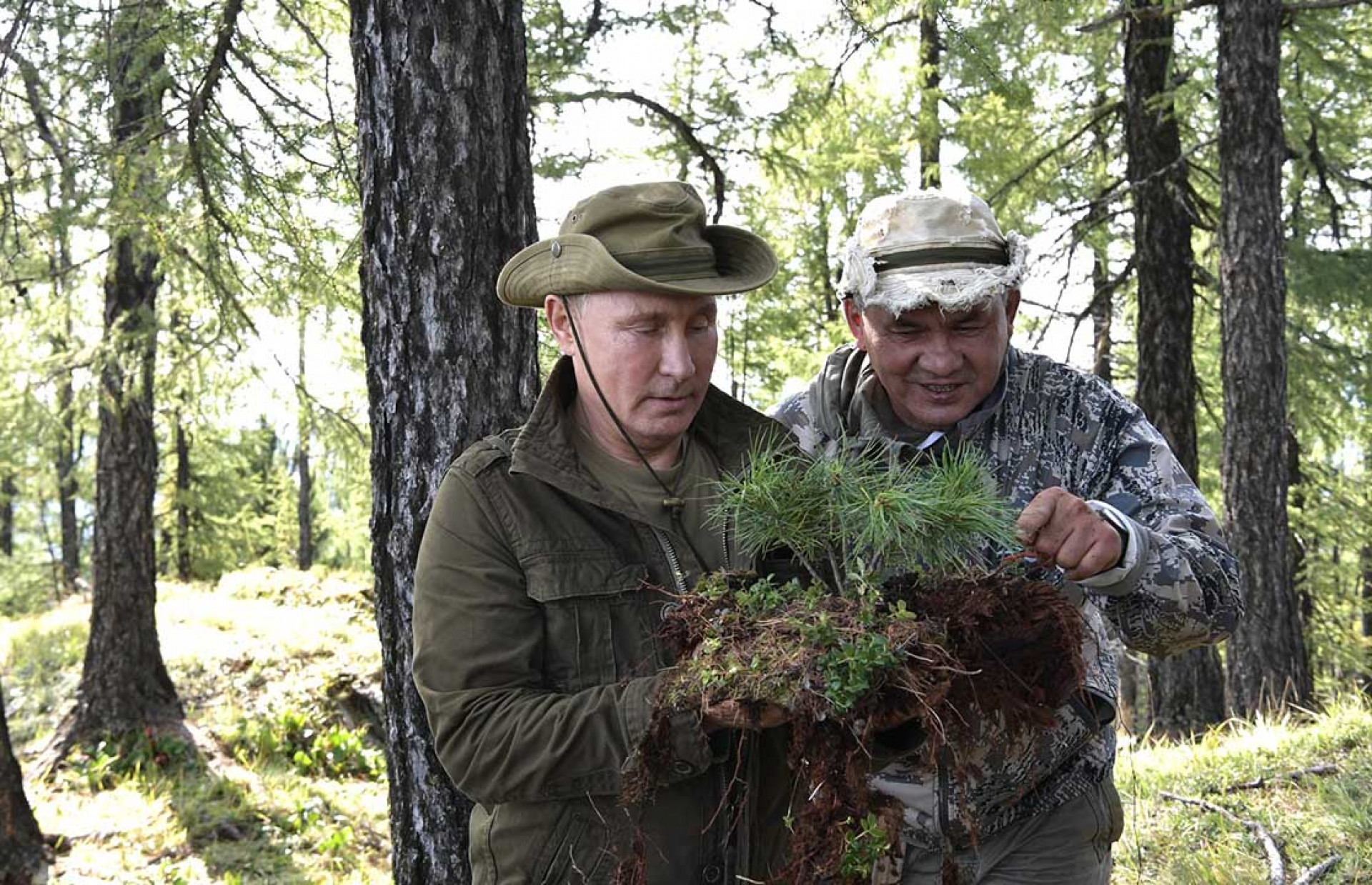 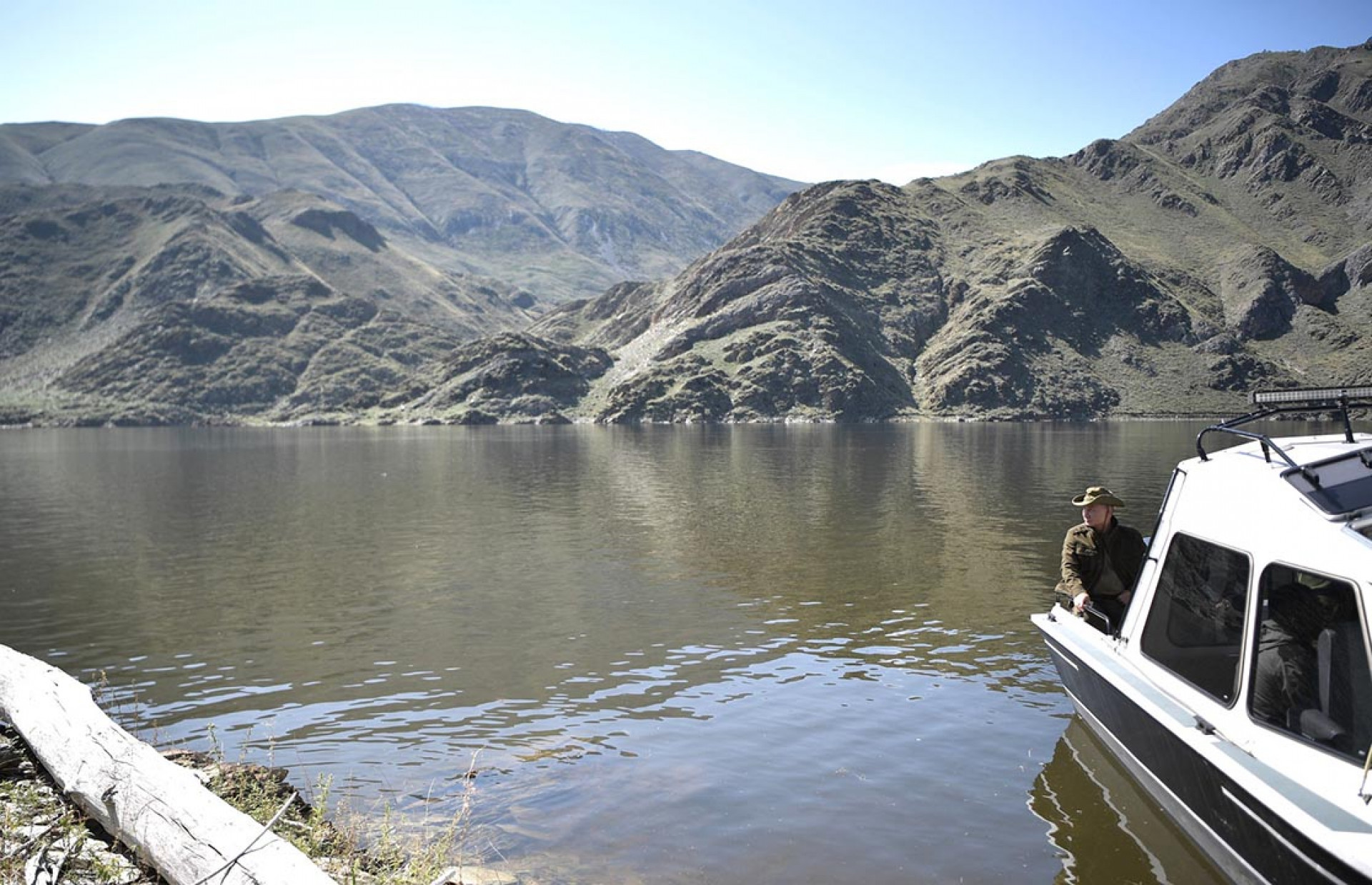 Boating on the Yenisei River, one of the three great rivers of Siberia. Kremlin.ru 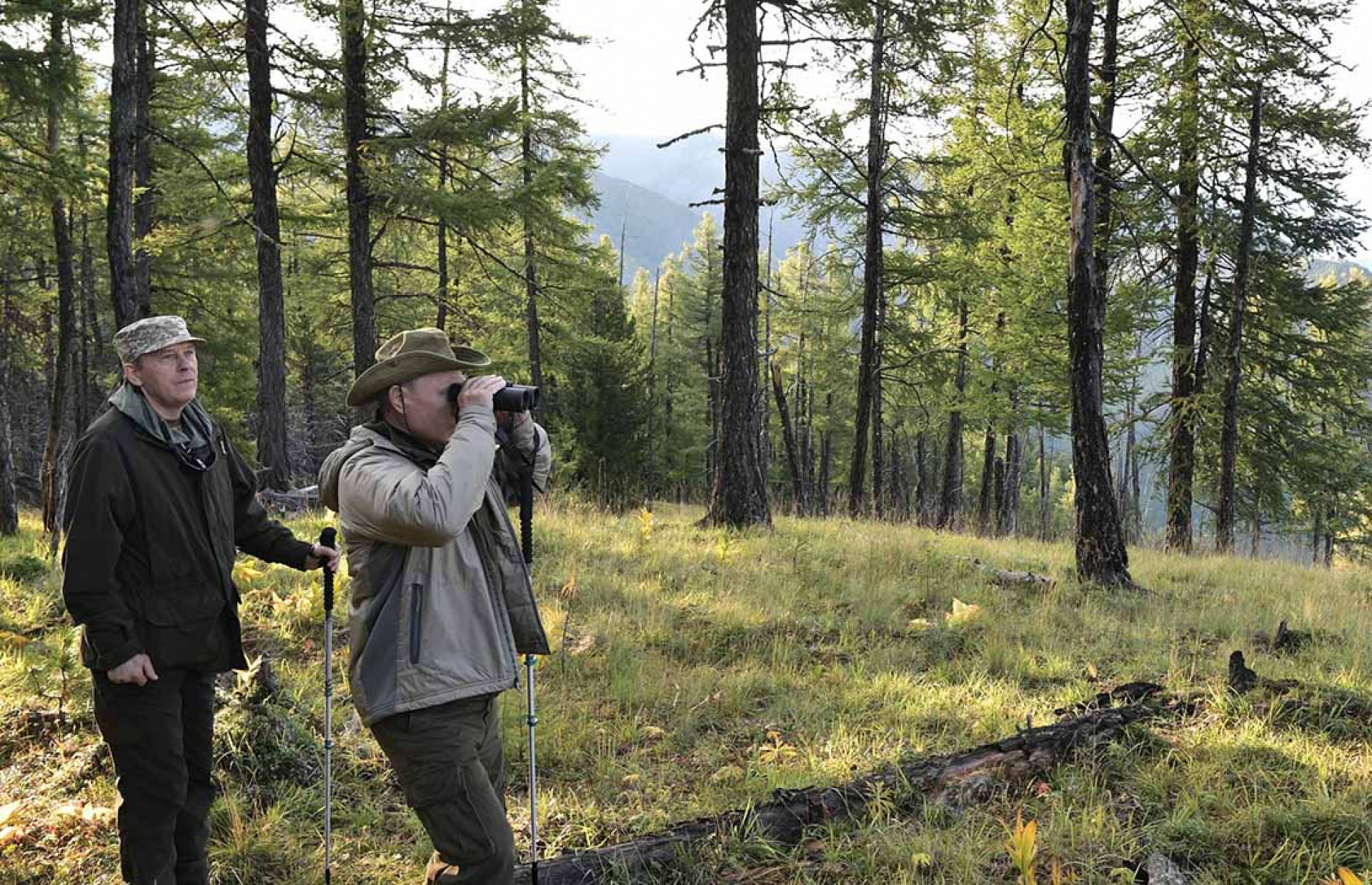 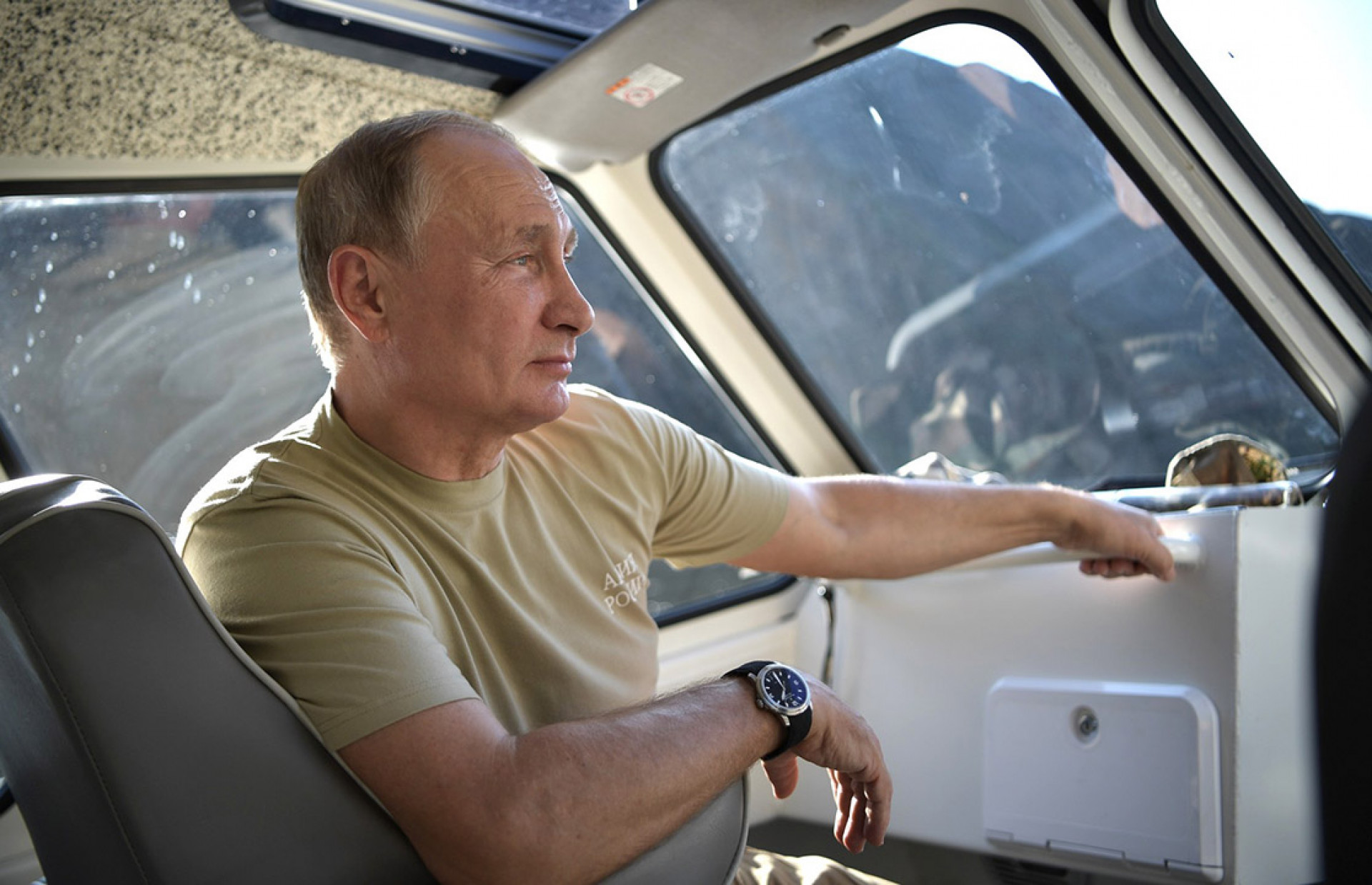 The 65-year-old is often presented in outdoor scenes, intended to demonstrate his physical health and vigour. Kremlin.ru 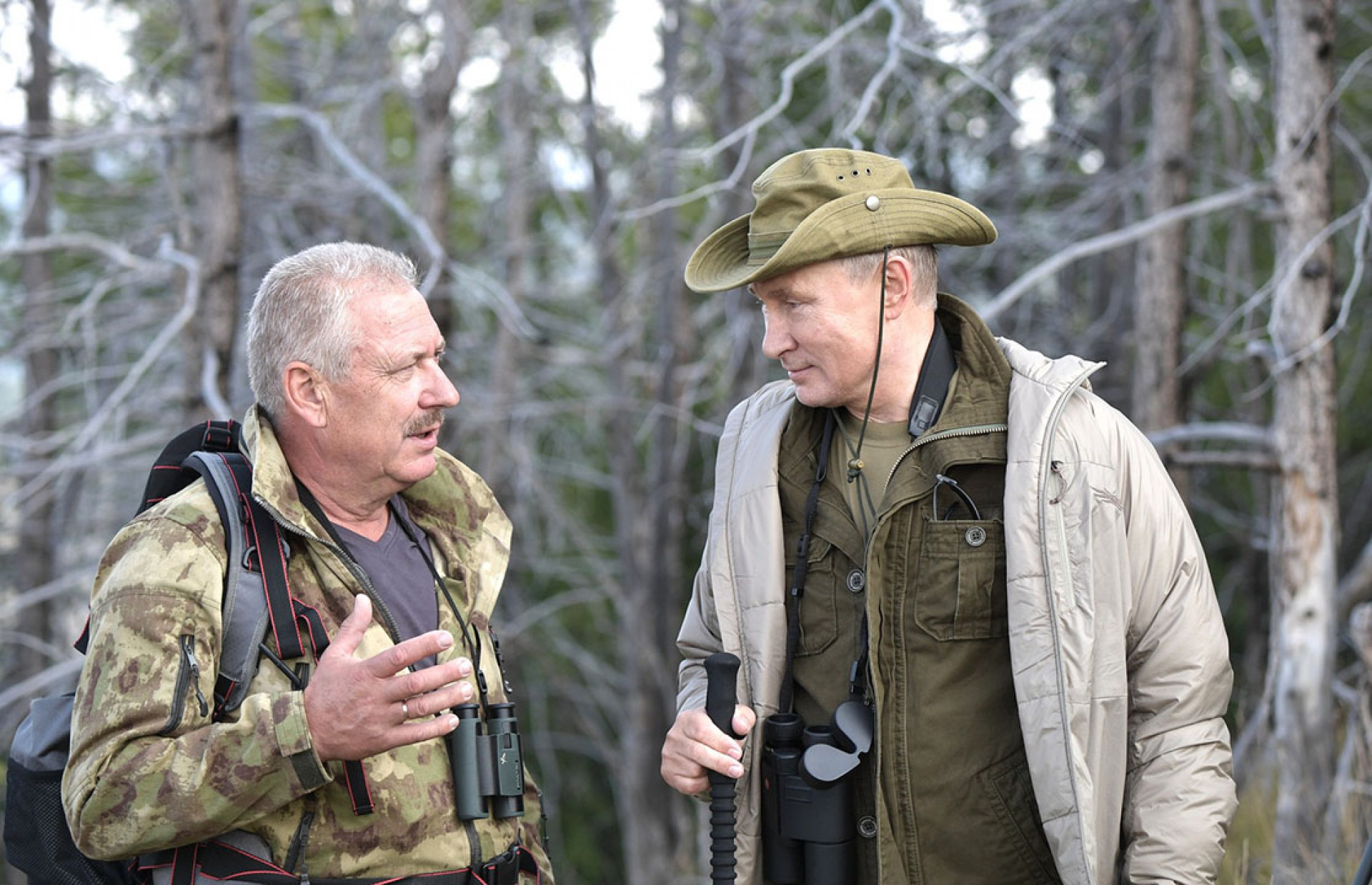 With the director of Sayano-Shushensky Nature Reserve, Gennady Kiselev. Kremlin.ru 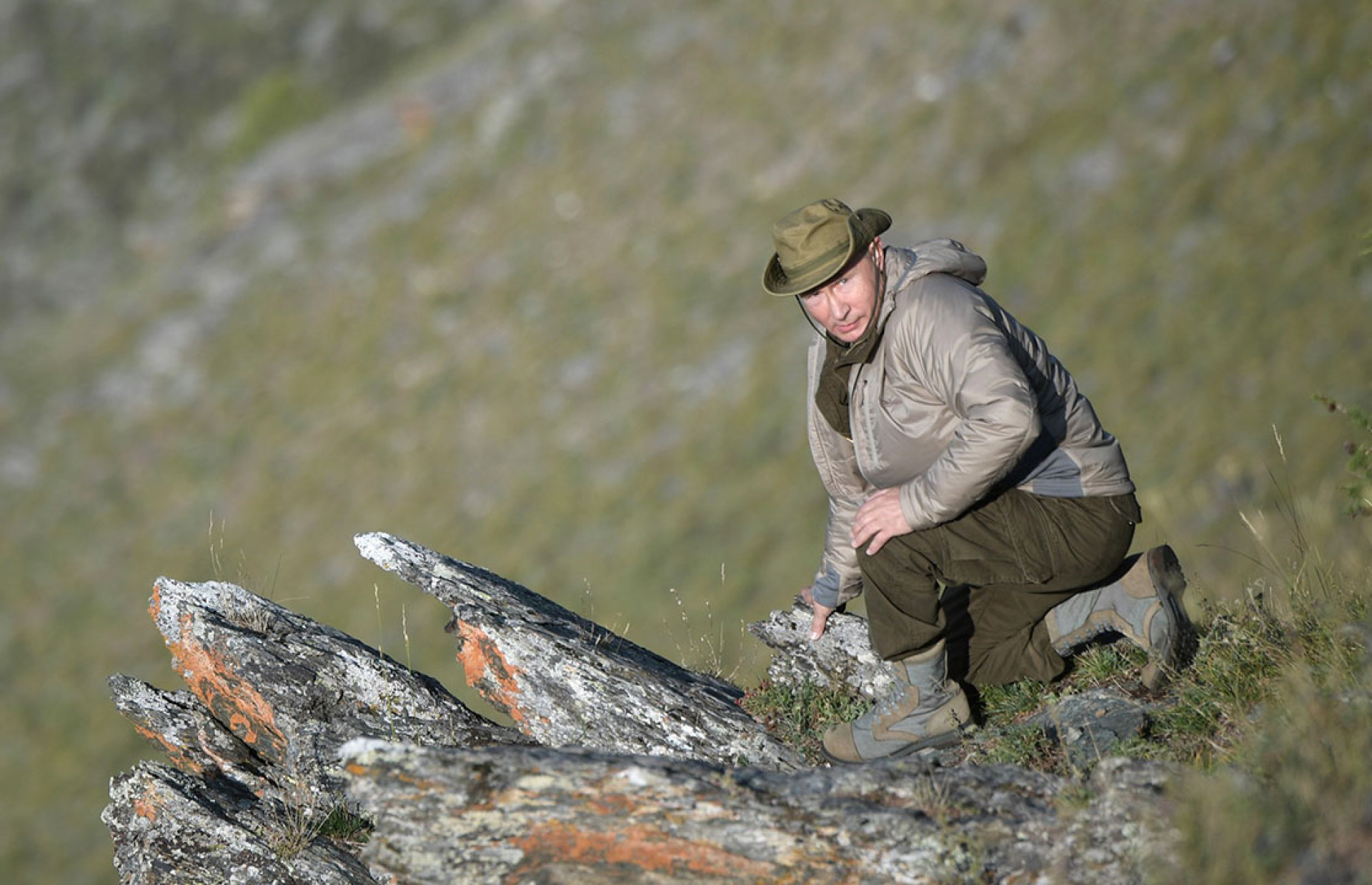 Putin took his two-day break over the weekend before a meeting with government officials in the city of Kemerovo. Kremlin.ru

The Kremlin released several official photographs on Monday showing Russian President Vladimir Putin taking a hiking holiday in Siberia with his defense minister and the head of the Federal Security Service, the FSB.

The photographs show the 65-year-old Putin in a khaki outfit and hat, carrying binoculars and trekking poles, hiking in forested mountains and enjoying a boat ride on the Yenisei river in the Tuva region of southern Siberia.

Previous outdoor snapshots of Putin on holiday, including images of him fishing and sunbathing shirtless, appear intended to demonstrate his robust physical health and vigour as he wrestles with the affairs of state.

In one image shown of his Siberian trip, Putin and Defense Minister Sergei Shoigu are studying a coniferous sapling, ready for planting. In another, Putin and FSB chief Alexander Bortnikov stand in a forest clearing against a backdrop of forested mountains.

Other pictures show Putin at the summit of a mountain, taking a boat ride, and talking to the head of the Sayano-Shushenski Nature Reserve.

Putin took the break on his way to the Siberian city of Kemerovo, a coal mining hub, where he attended a meeting with government officials and top managers of energy companies on Monday.

"The president, on his way to Kemerovo, decided to fly out earlier and spend Saturday and Sunday in Tuva, on the Yenisei River. He walked in the mountains, admired the beautiful views," Kremlin spokesman Dmitry Peskov said.