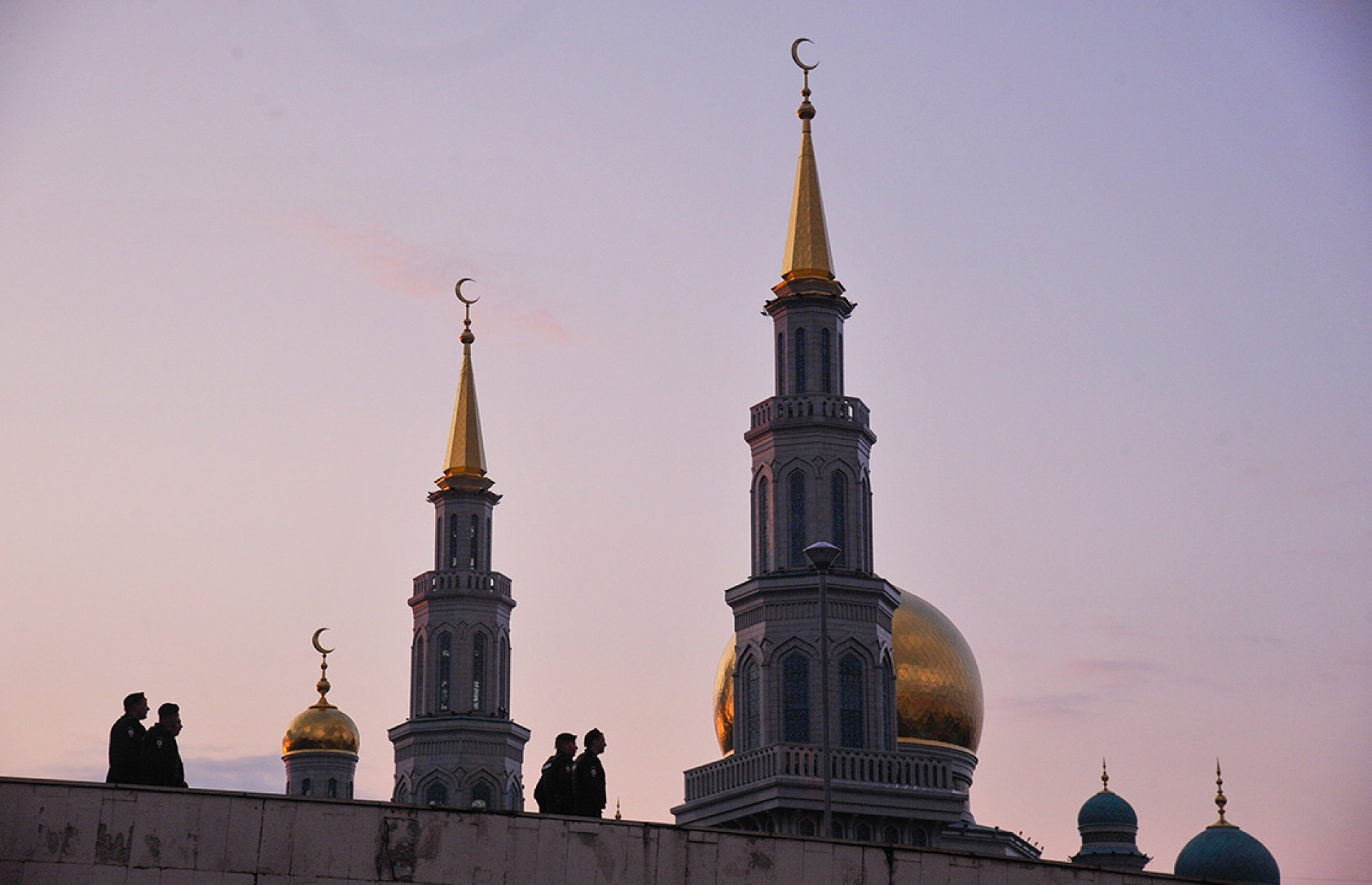 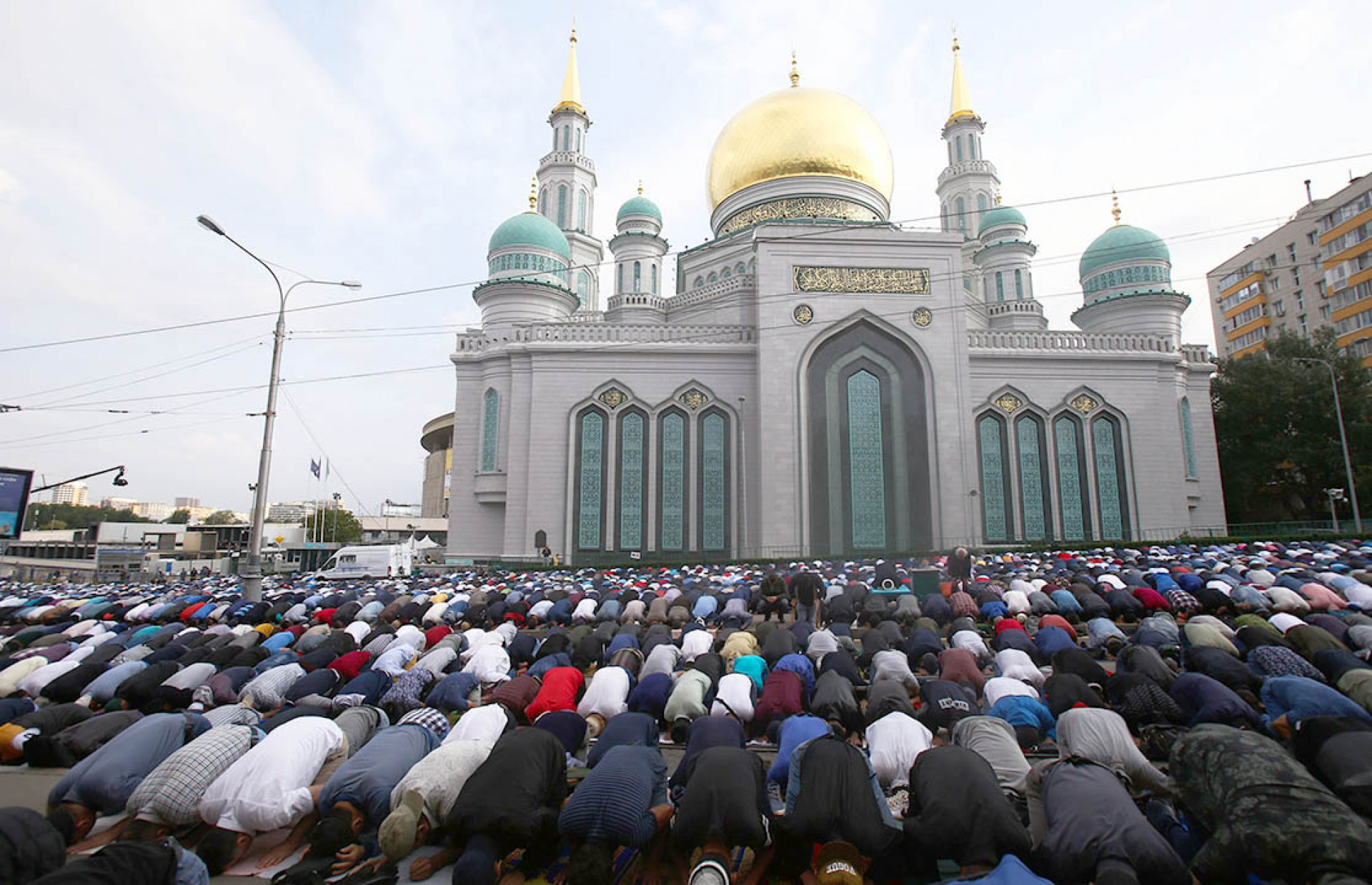 Believers who did not fit into the 10,000-person capacity building unrolled prayers mats on the street outside the mosque. Andrei Nikerichev / Moskva News Agency 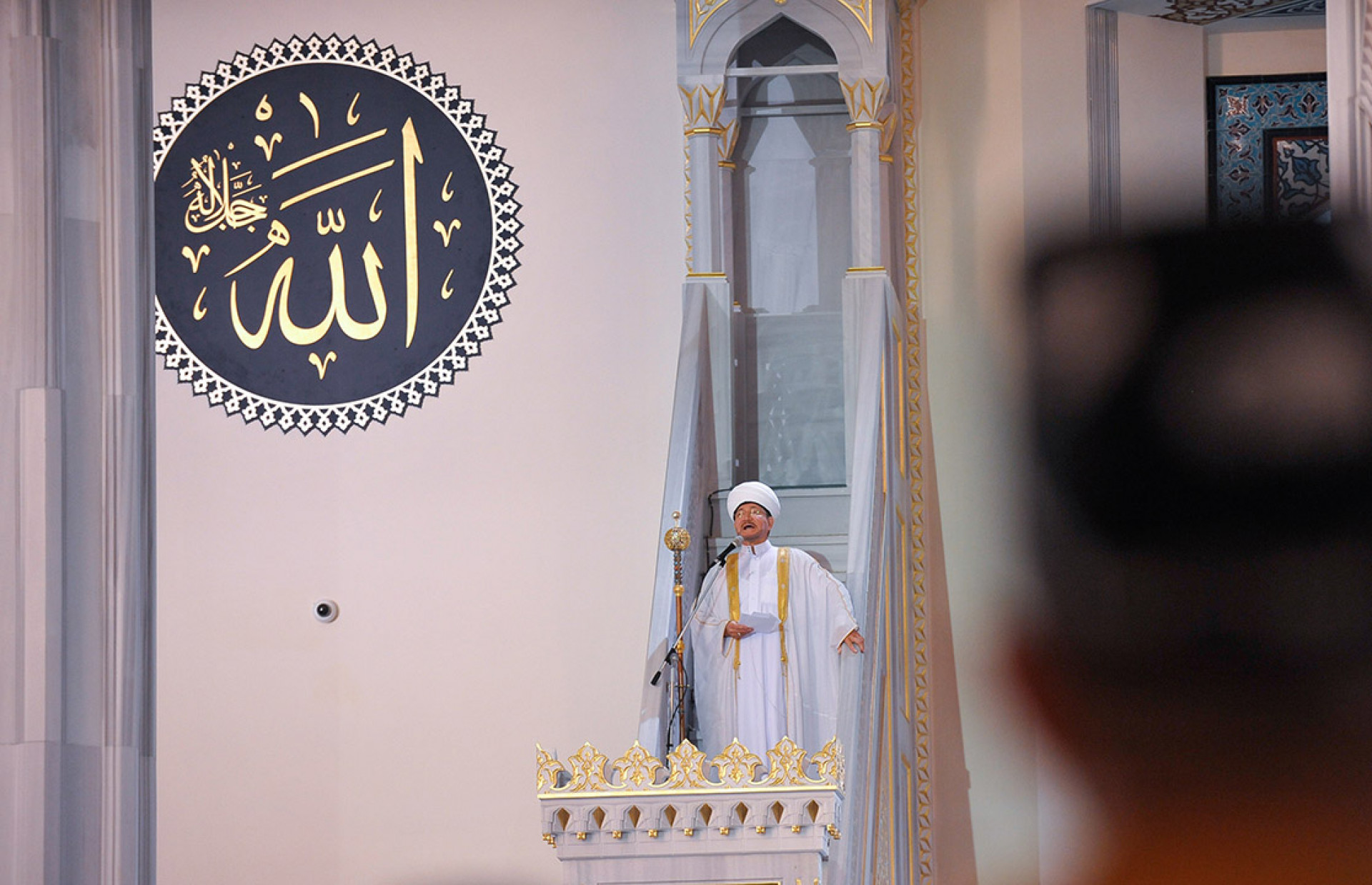 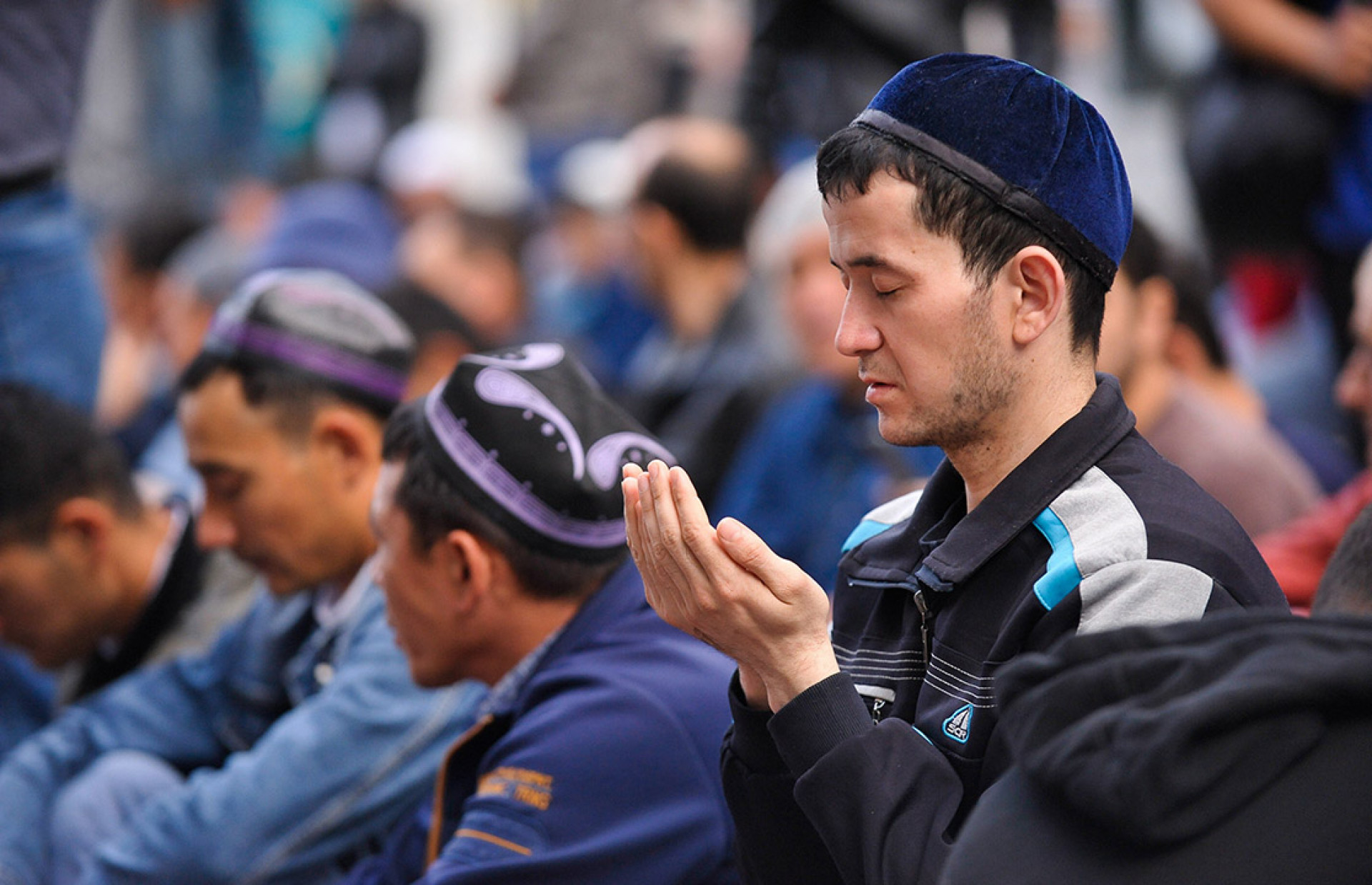 Moscow is home to communities of Muslims from the North Caucasus, Tatarstan and the ex-Soviet Central Asian states. Alexander Avilov / Moskva News Agency 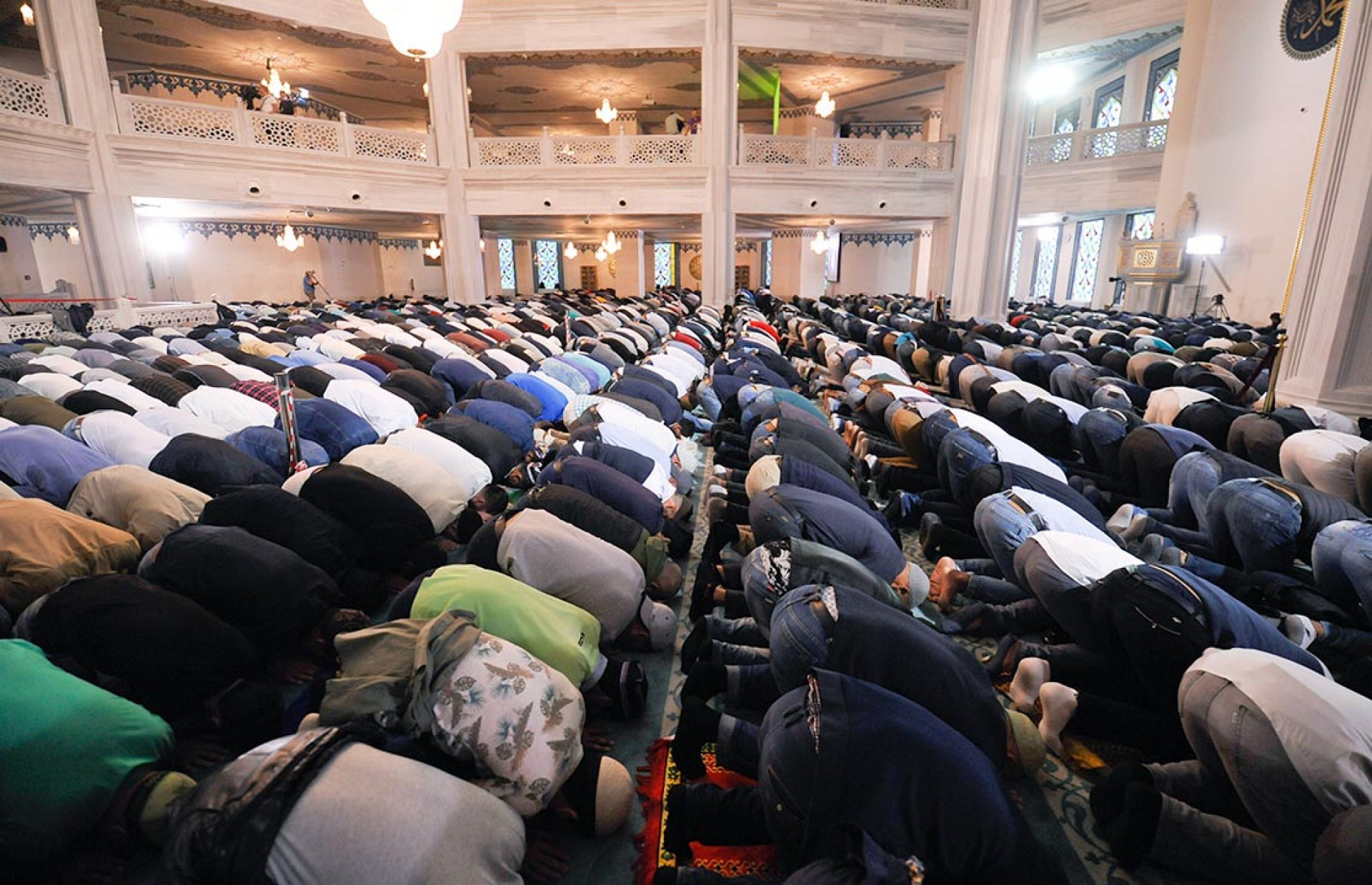 The Russian capital may be home to almost two million Muslims — a greater number than any European city aside from Istanbul. Alexander Avilov / Moskva News Agency 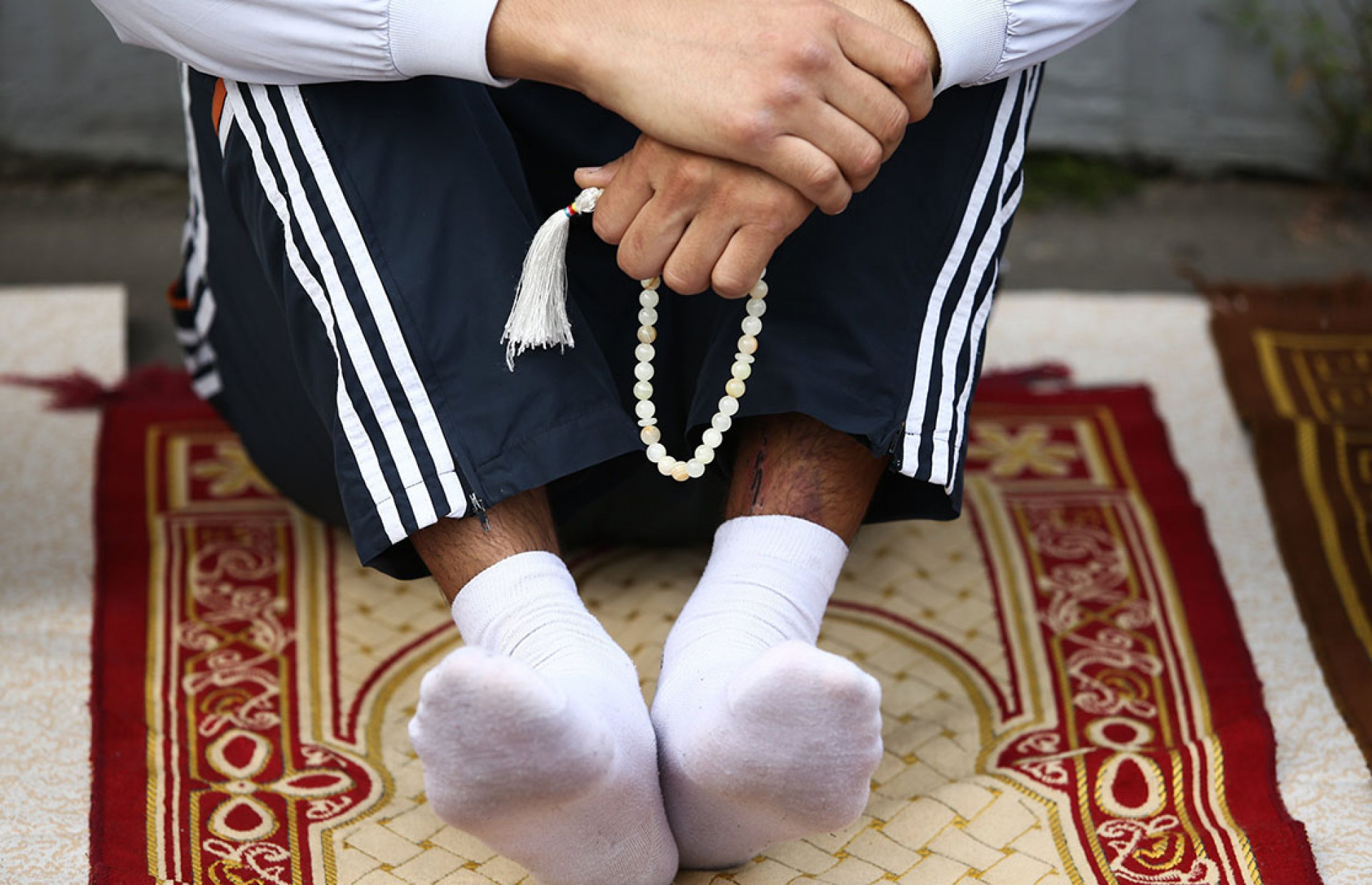 The holiday is known as Kurban Bayram among speakers of Turkic languages and Eid al-Adha among Arabic speakers. Andrei Nikerichev / Moskva News Agency 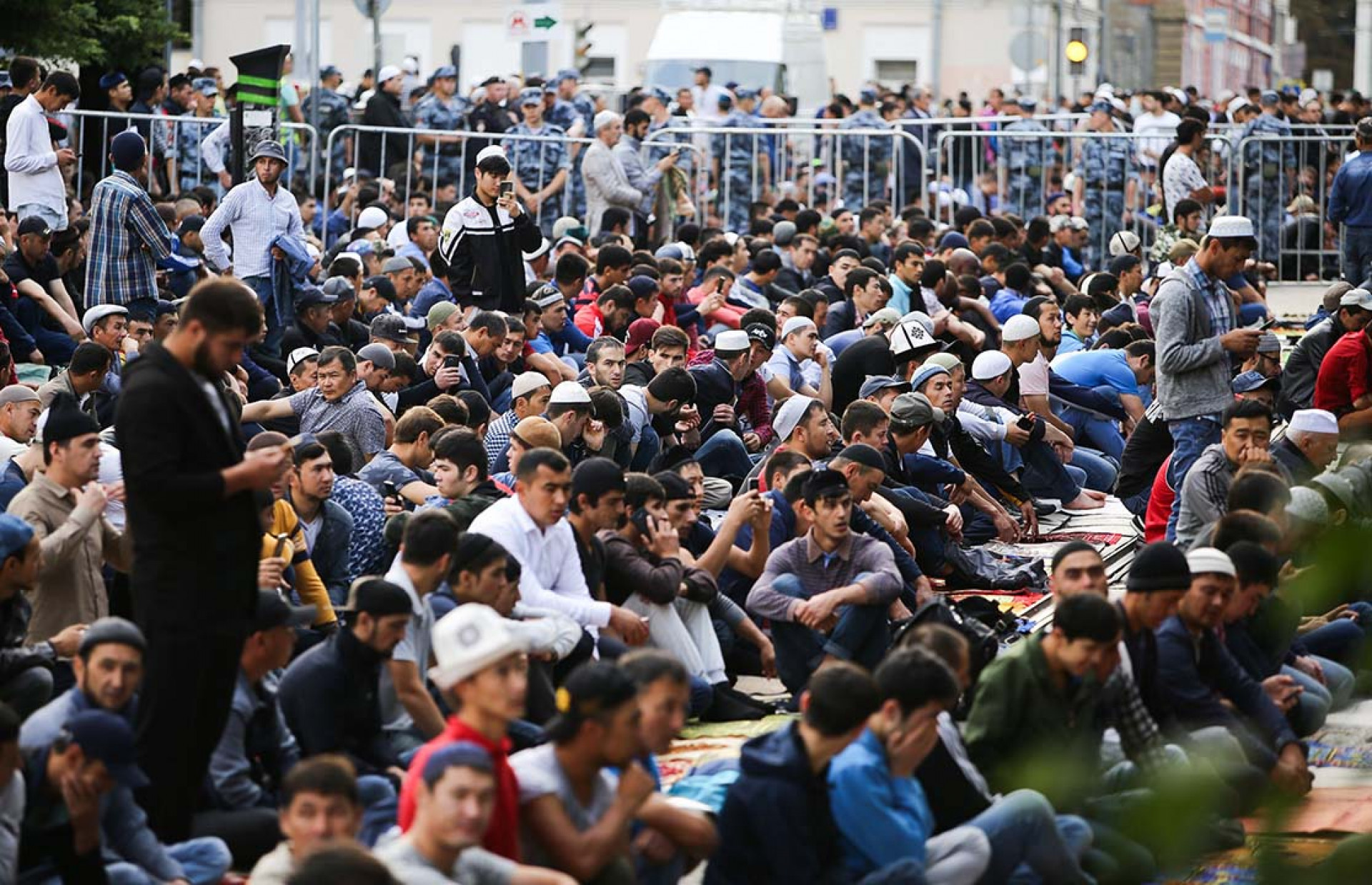 Moscow city authorities blocked off streets around the Cathedral Mosque to accommodate for the large number of believers. Andrei Nikerichev / Moskva News Agency 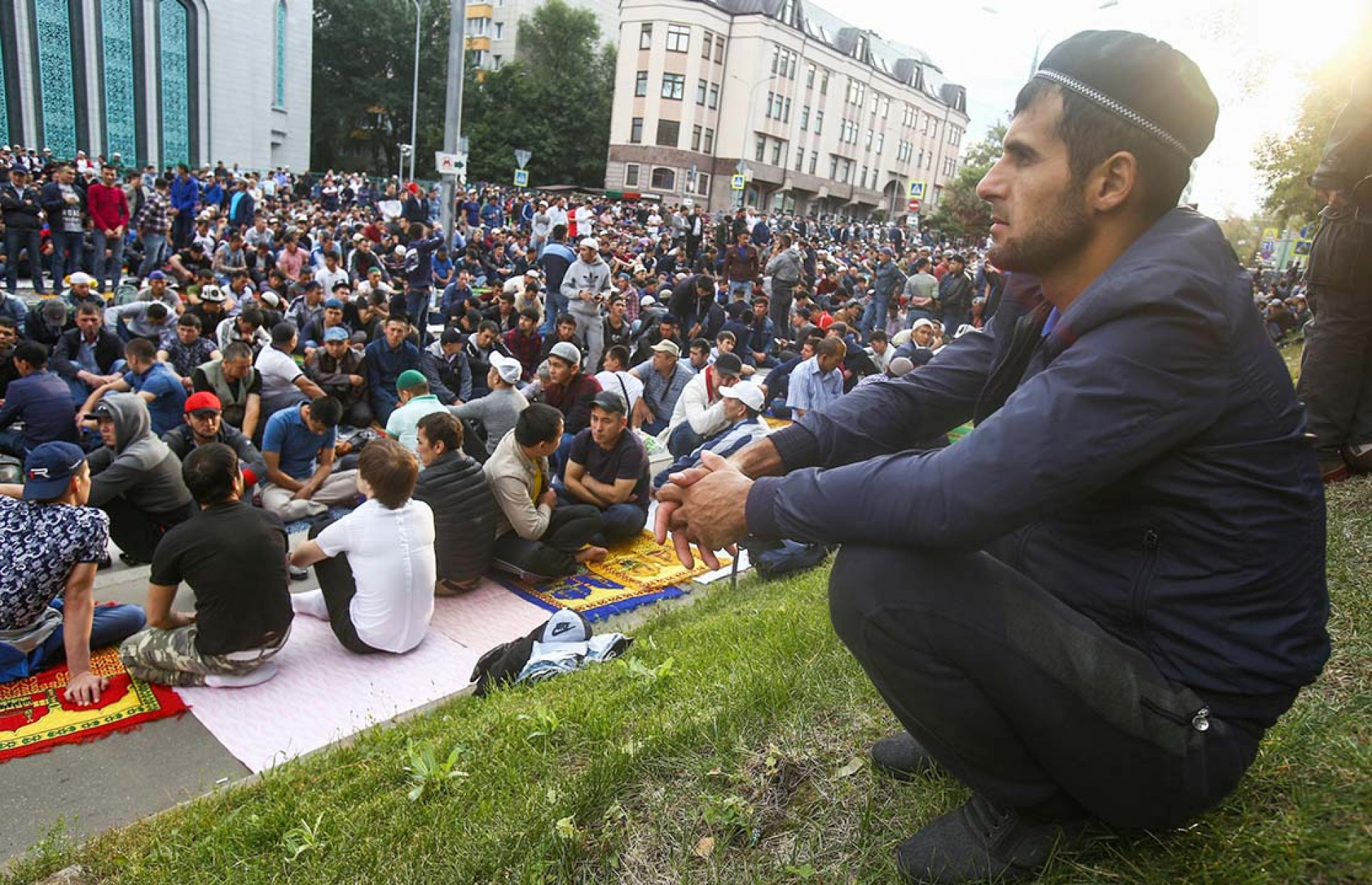 In 2017, as many as 200,000 Muslims were said to have participated in the Eid al-Adha celebrations in Russia's capital. Andrei Nikerichev / Moskva News Agency

Russia's Muslims celebrated the religious holiday of Kurban Bayram, or Eid al-Adha, on Tuesday. Tens of thousands of worshippers congregated at Moscow's Cathedral Mosque for prayers on the "Festival of Sacrifice," which celebrates the willingness of Ibrahim to sacrifice his son on a command from God.

“Kurban Bayram promotes kindness and justice, mercy and piety, and a careful and warm-hearted attitude towards others," Putin said.

"It is important that the true values of Islam continue to serve as the foundation of the spiritual life of the Russian Muslim community," he added.