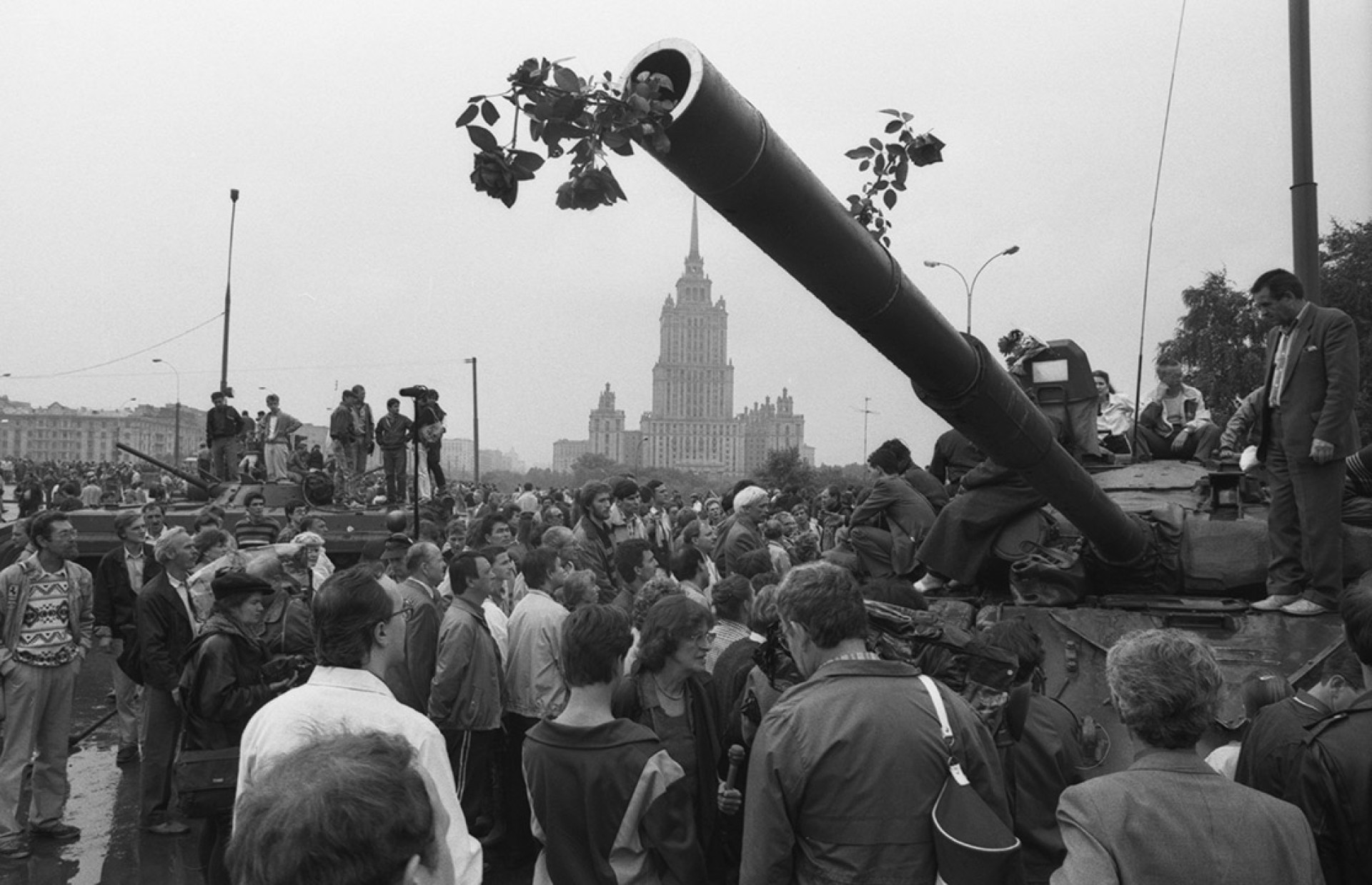 A picture of people surrounding military hardware at the CMEA Building in Moscow on August 20, 1991. Valery Khristoforov, Alexander Chumichev / TASS 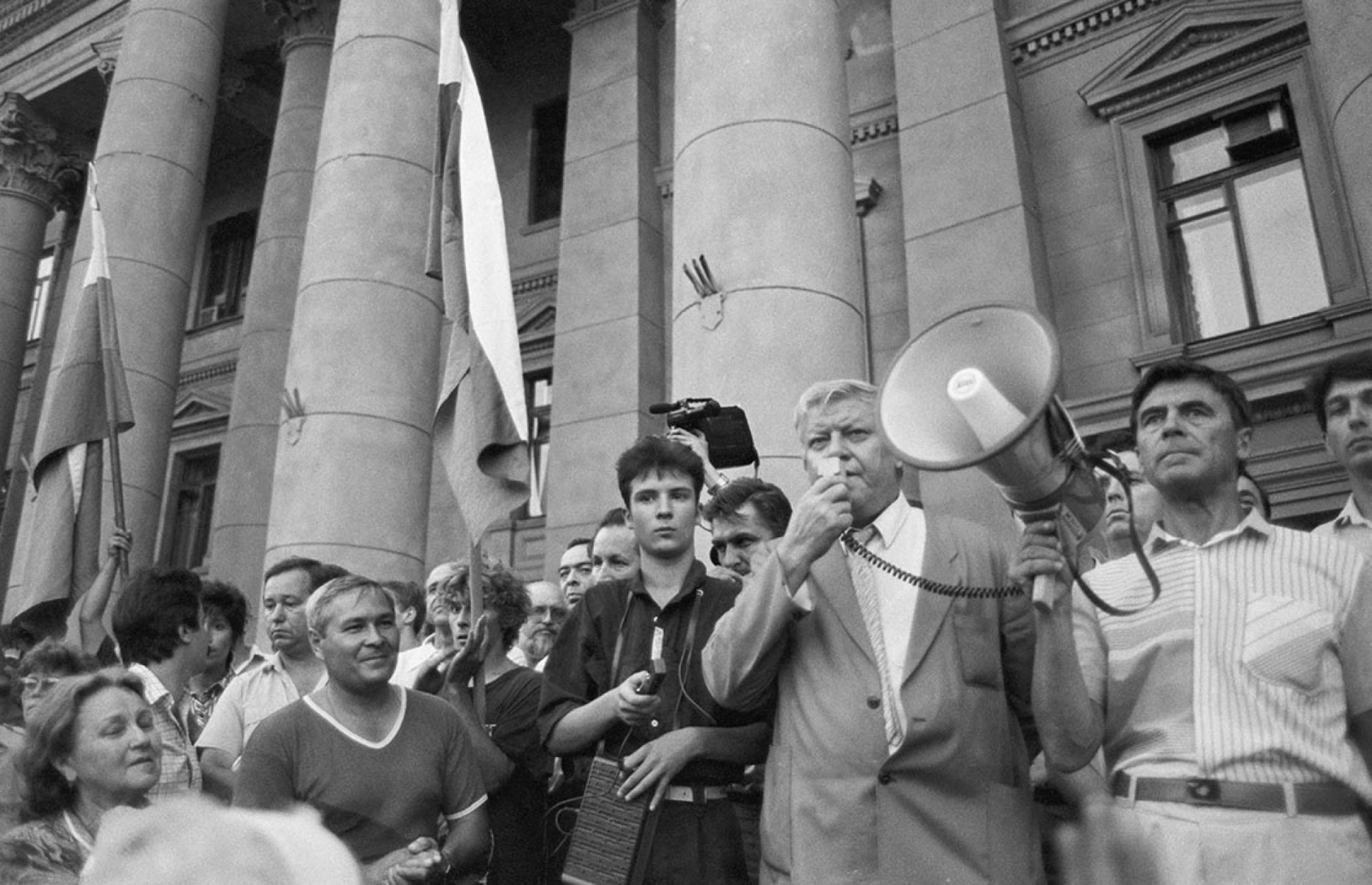 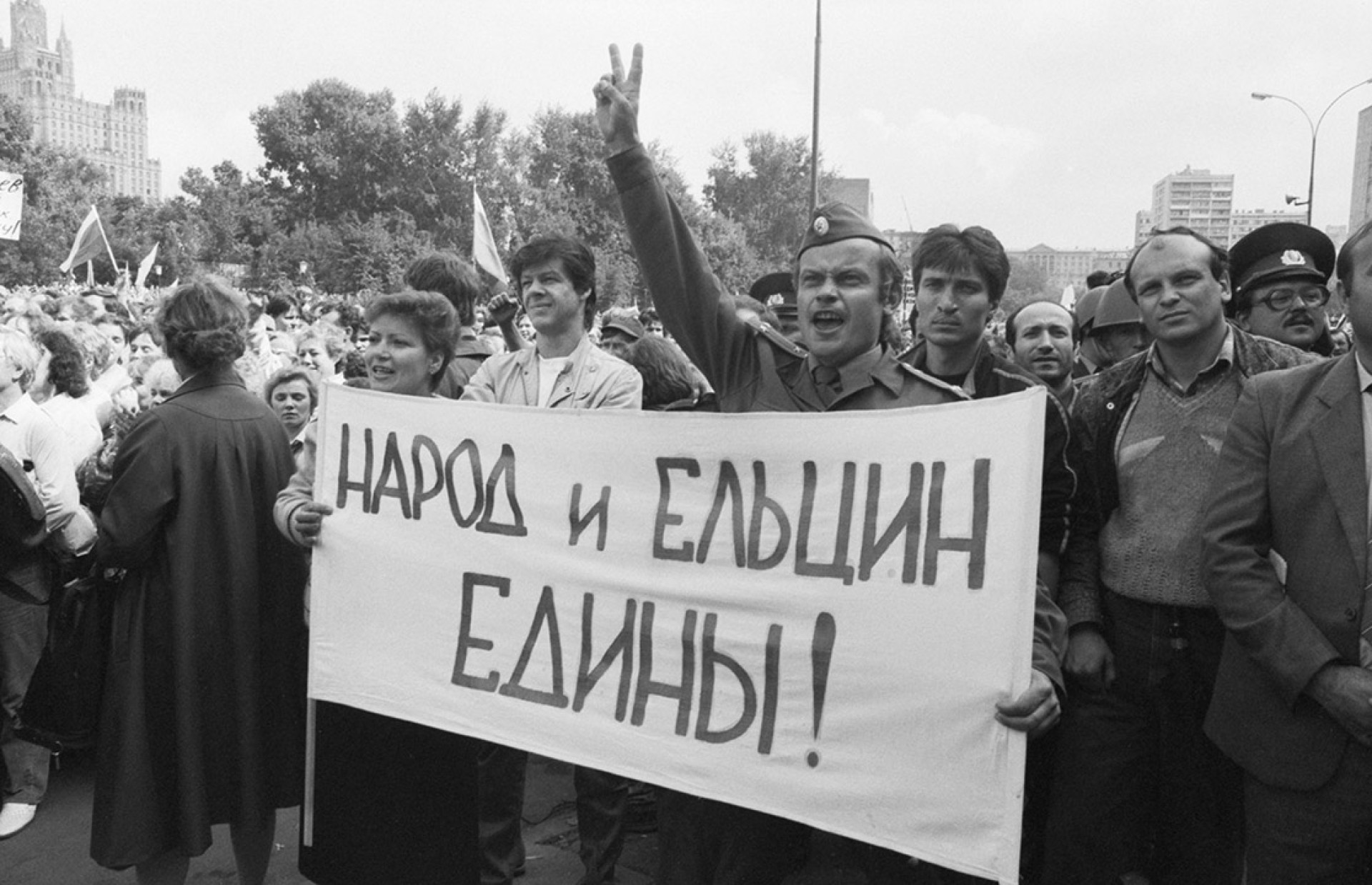 A demonstration celebrating victory is held in front of the Russia Council House. A. Babushkin / TASS 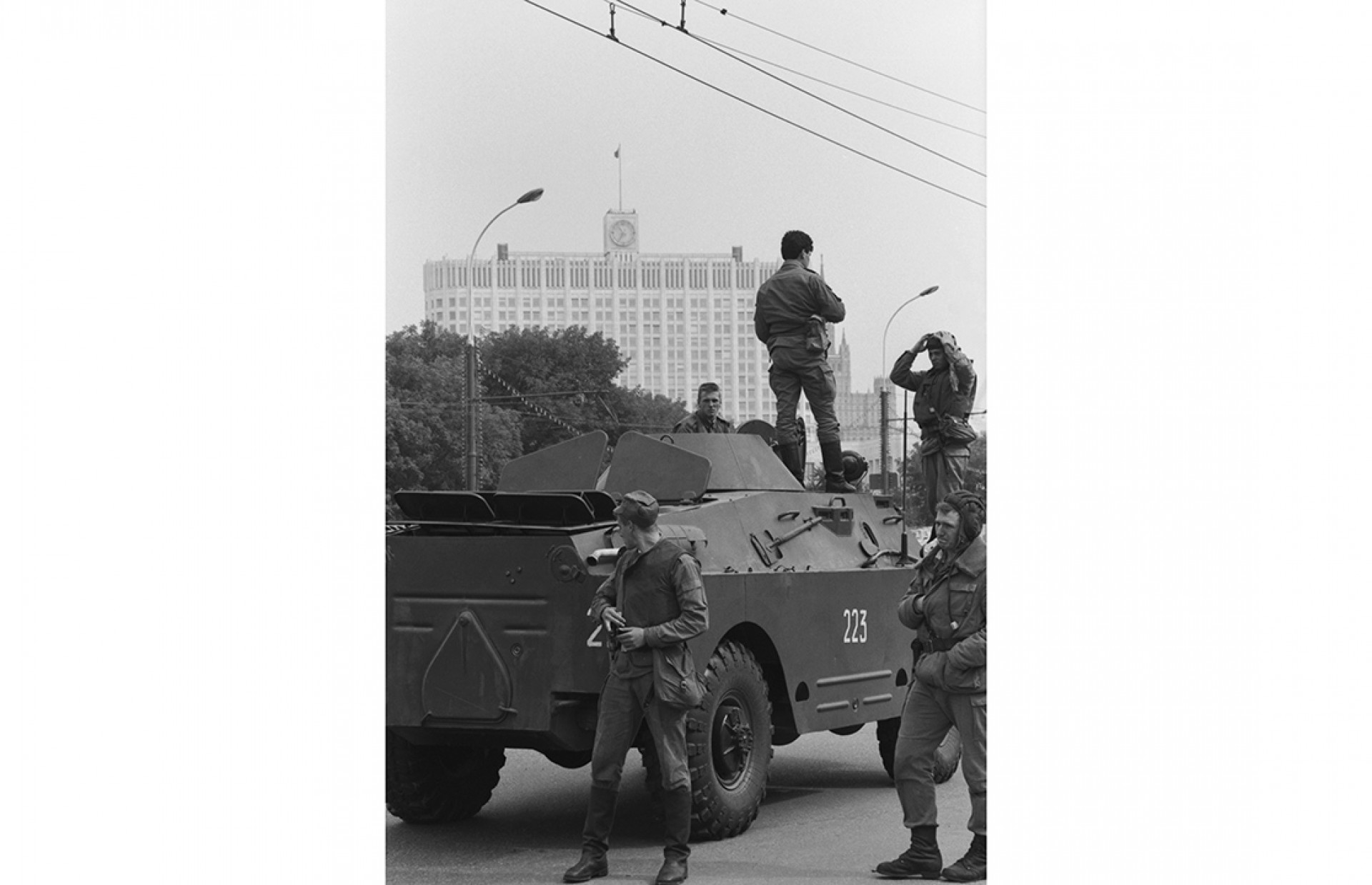 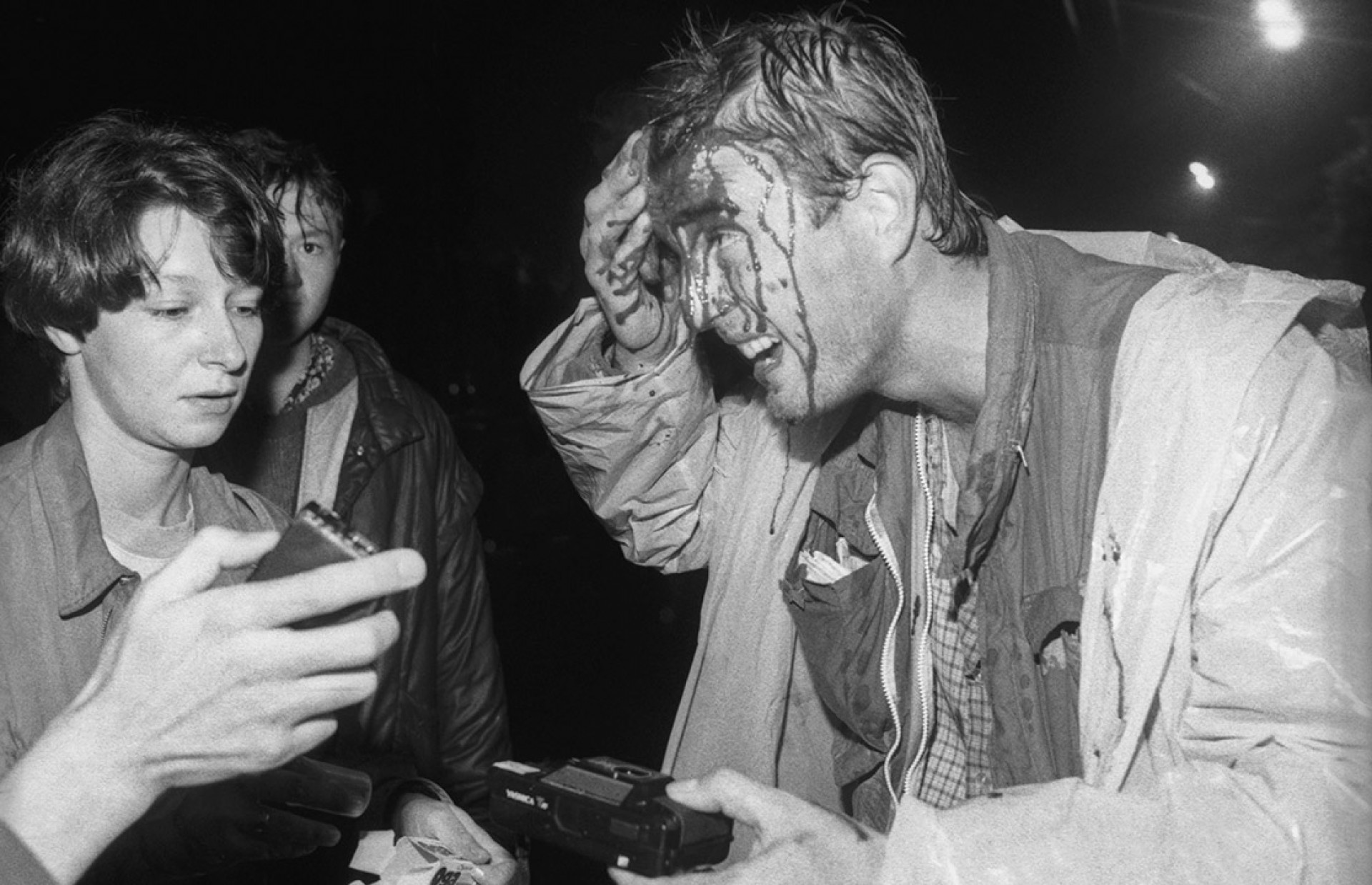 A man injured during the clash between civilians and soldiers touches his bloody head. Sergei Mamontov / TASS 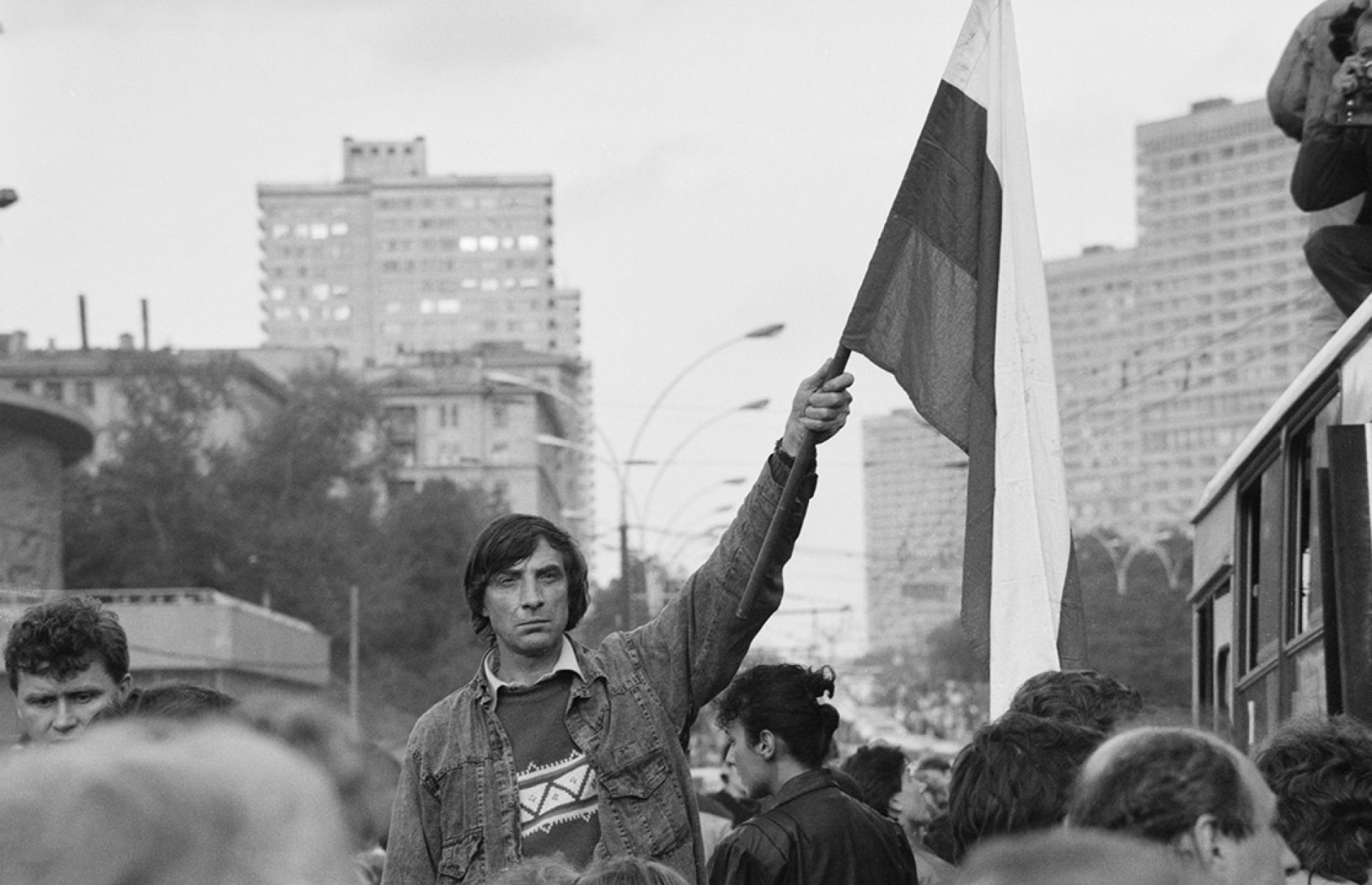 Defenders of democracy stand on a barricade near the Kalinin bridge. Valery Khristoforov / TASS 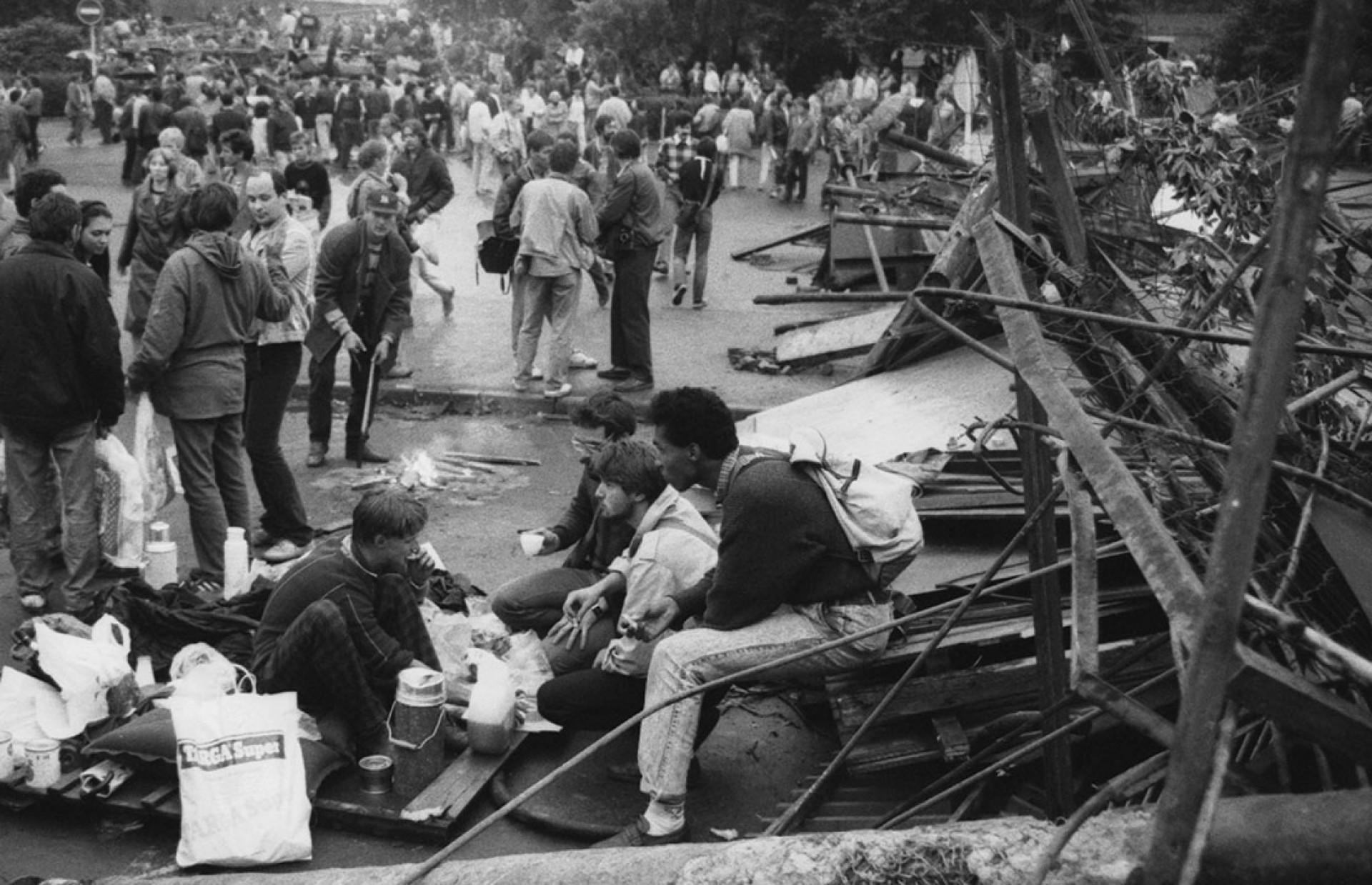 The building of the Council of Ministers of the RSFSR. Oleg Buldakov / TASS 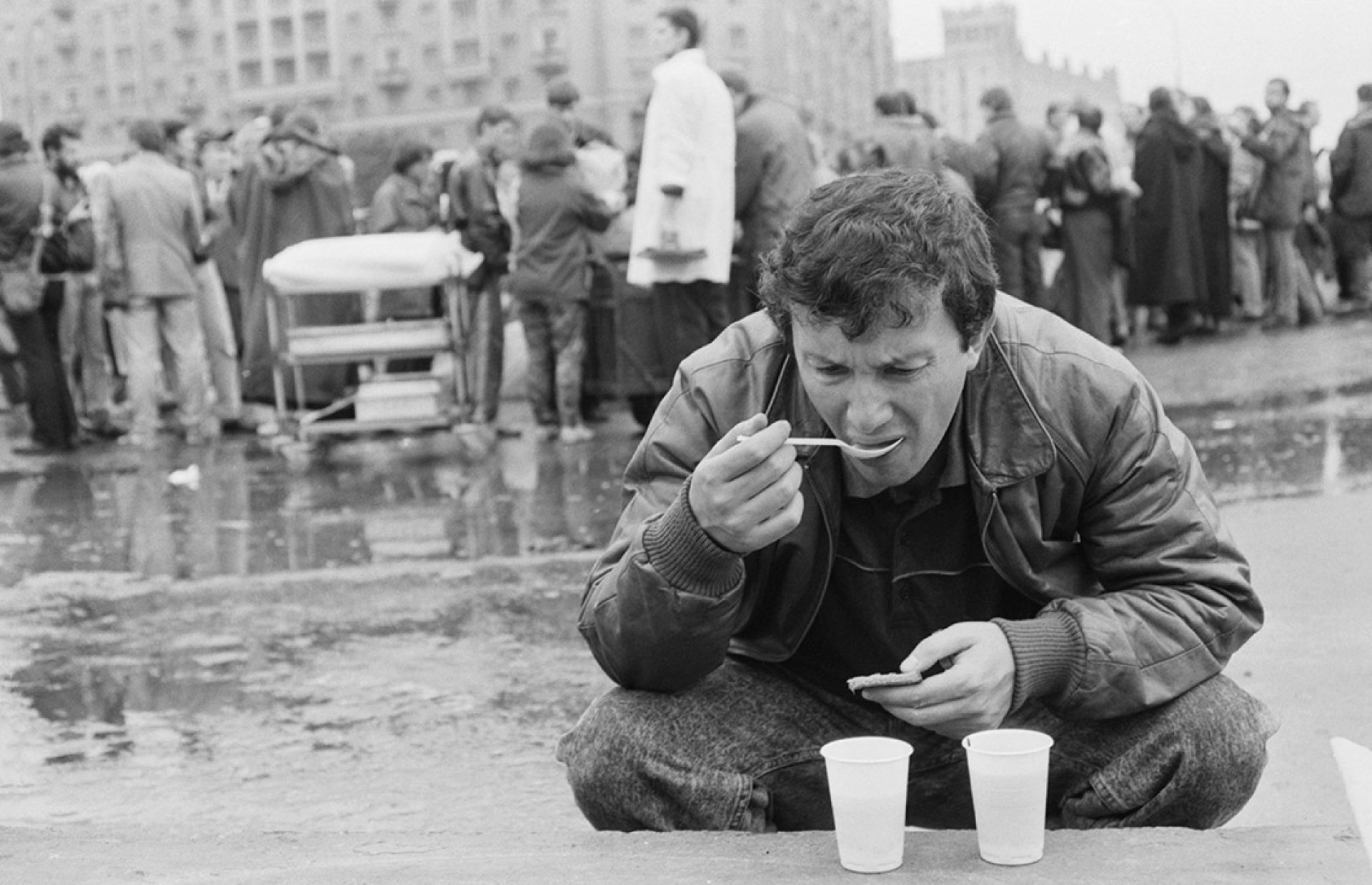 A protester eats lunch in front of the House of Soviets of Russia. Oleg Buldakov / TASS 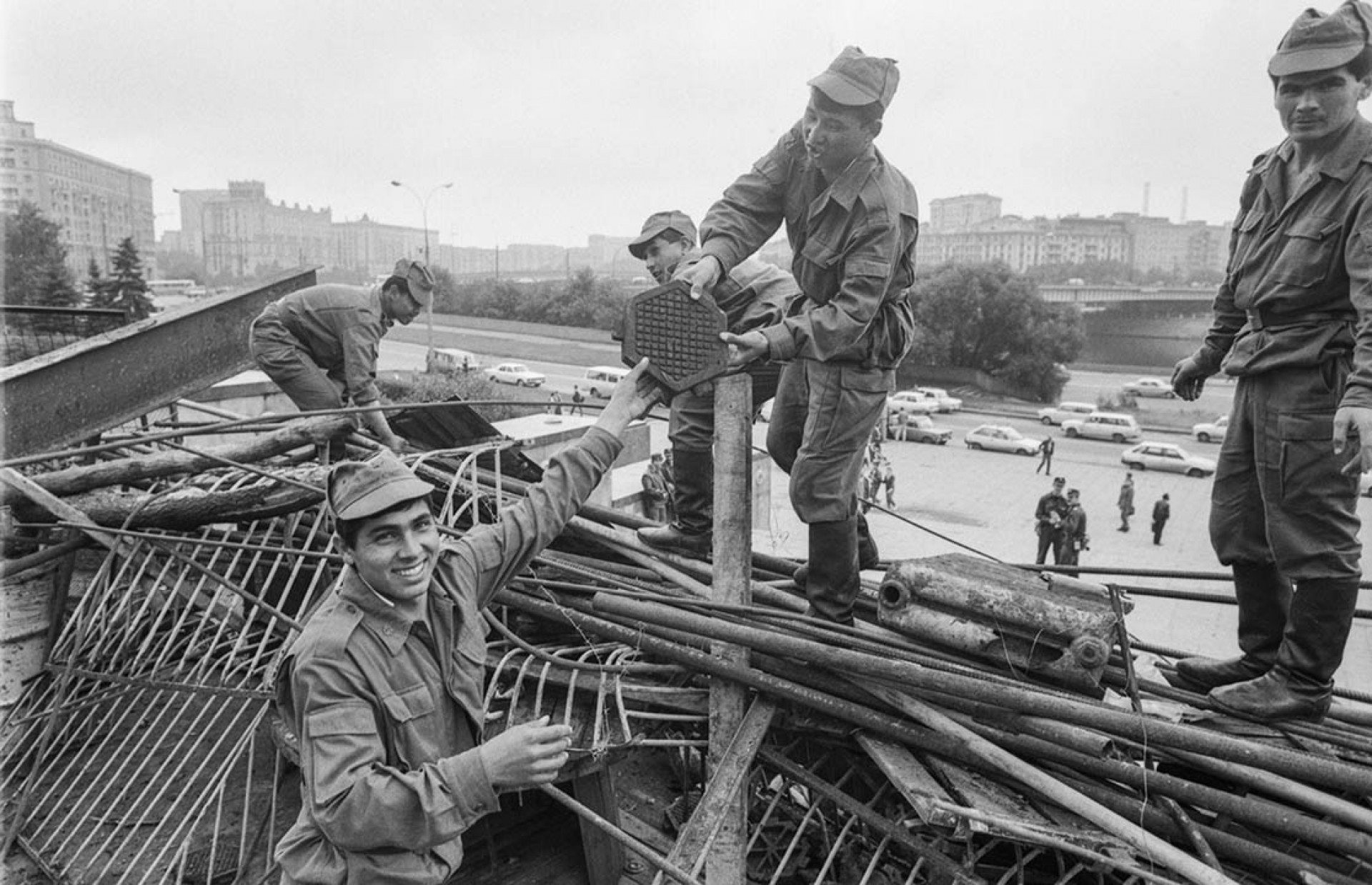 Soldiers take down barricades made of fencing and other metal pieces. Valery Khristoforov / TASS

On Aug. 19, 1991, hard-line members of the Communist Party attempted to wrest control of the Soviet Union from Soviet President and General Secretary Mikhail Gorbachev. The grab for power was partially in response to talks Gorbachev had begun with the leaders of the Soviet Union’s most influential republics, with a view to offering them greater powers and independence. Today, the event is considered to have been pivotal in the fall of the USSR.