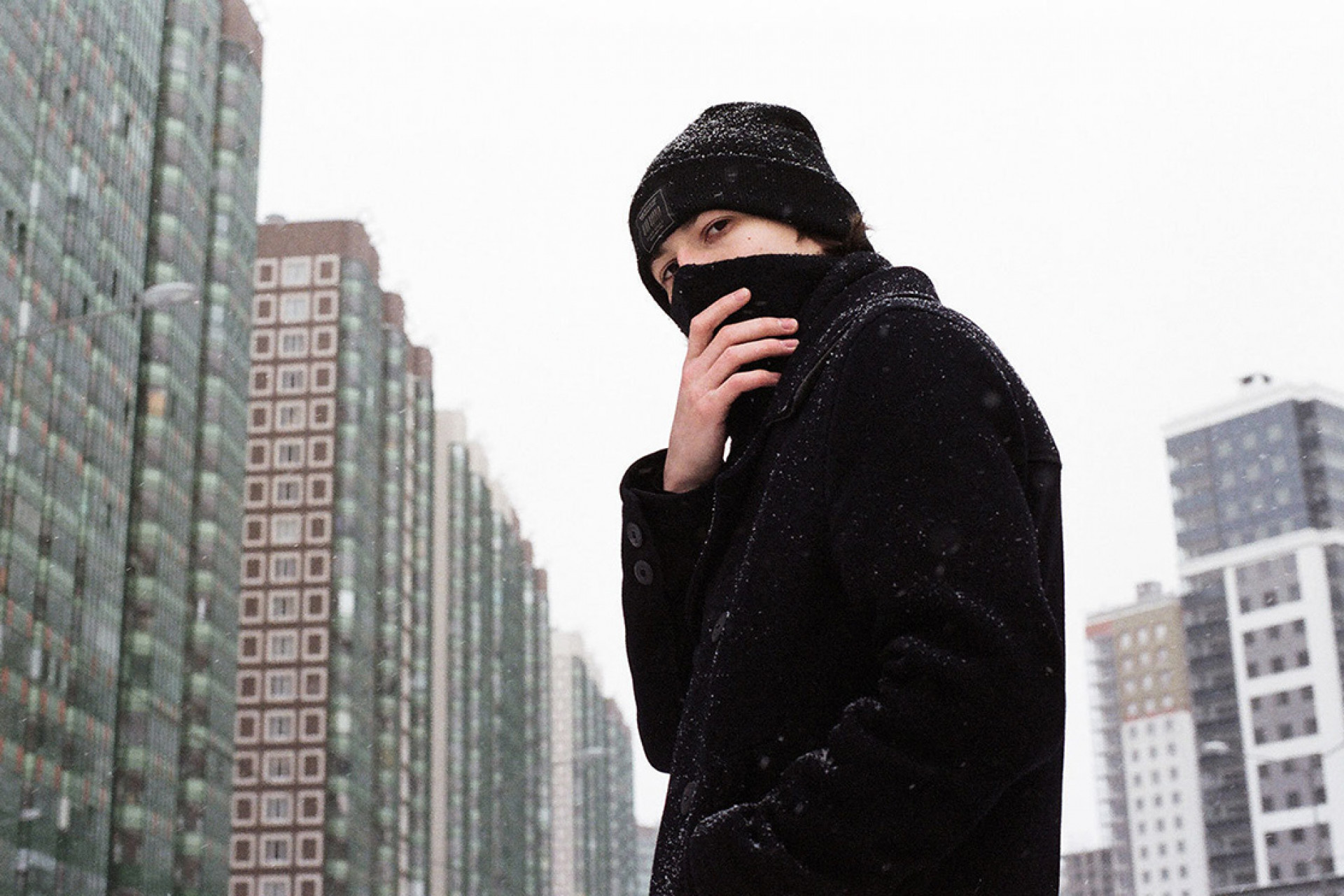 Vasily Khodakovsky. Born June 19, 1999, Studies political science at St. Petersburg State University. "The older generation still can’t break away from their collective Soviet mentality. They never do anything that would seem out of the ordinary for fear of judgement." The Moscow Times 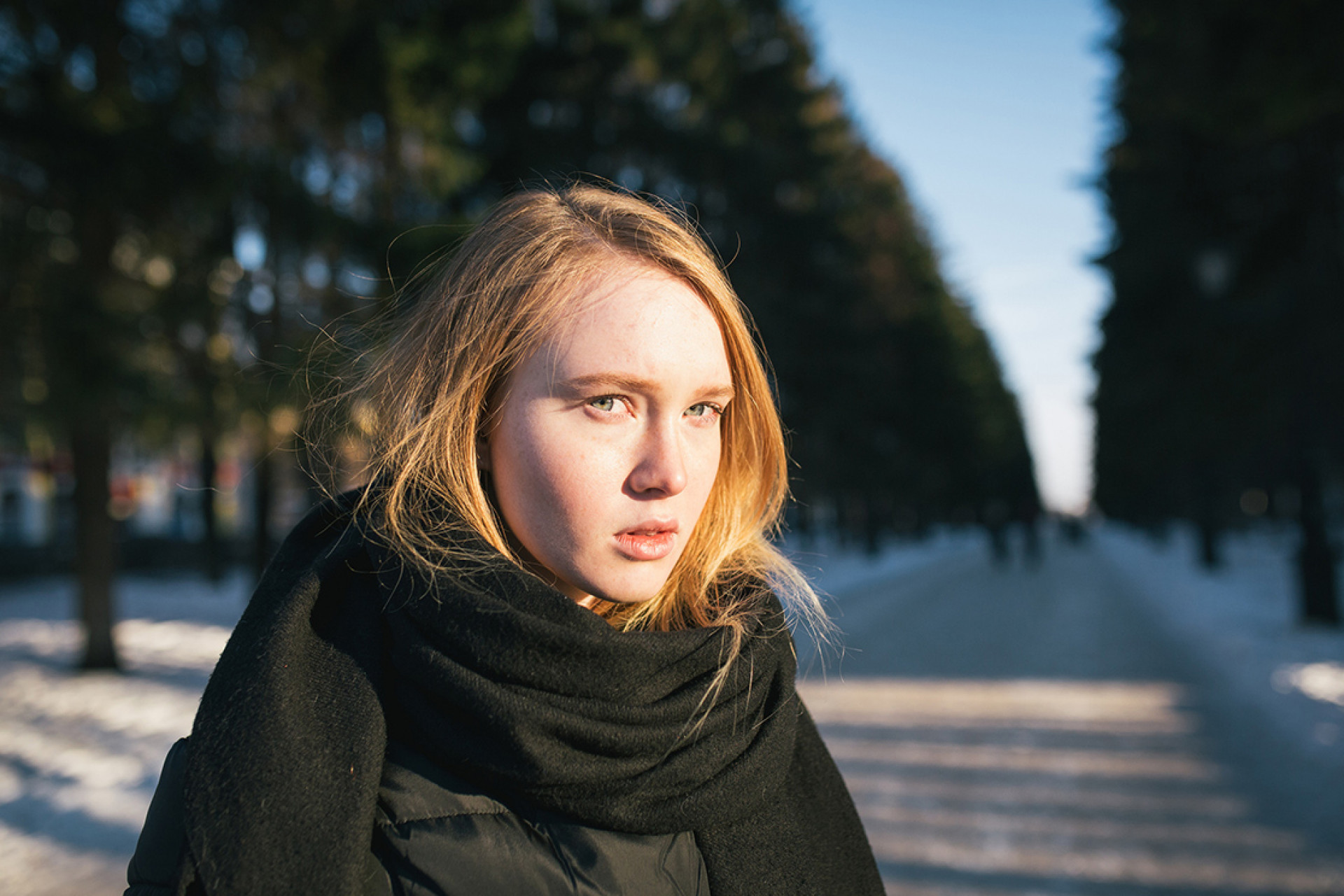 Arina Bikbulatova. Born Aug. 23, 1999, Ufa. Works as a professional model. "I totally support same-sex marriage. If two people love each other enough, why shouldn’t they be allowed to marry?" The Moscow Times 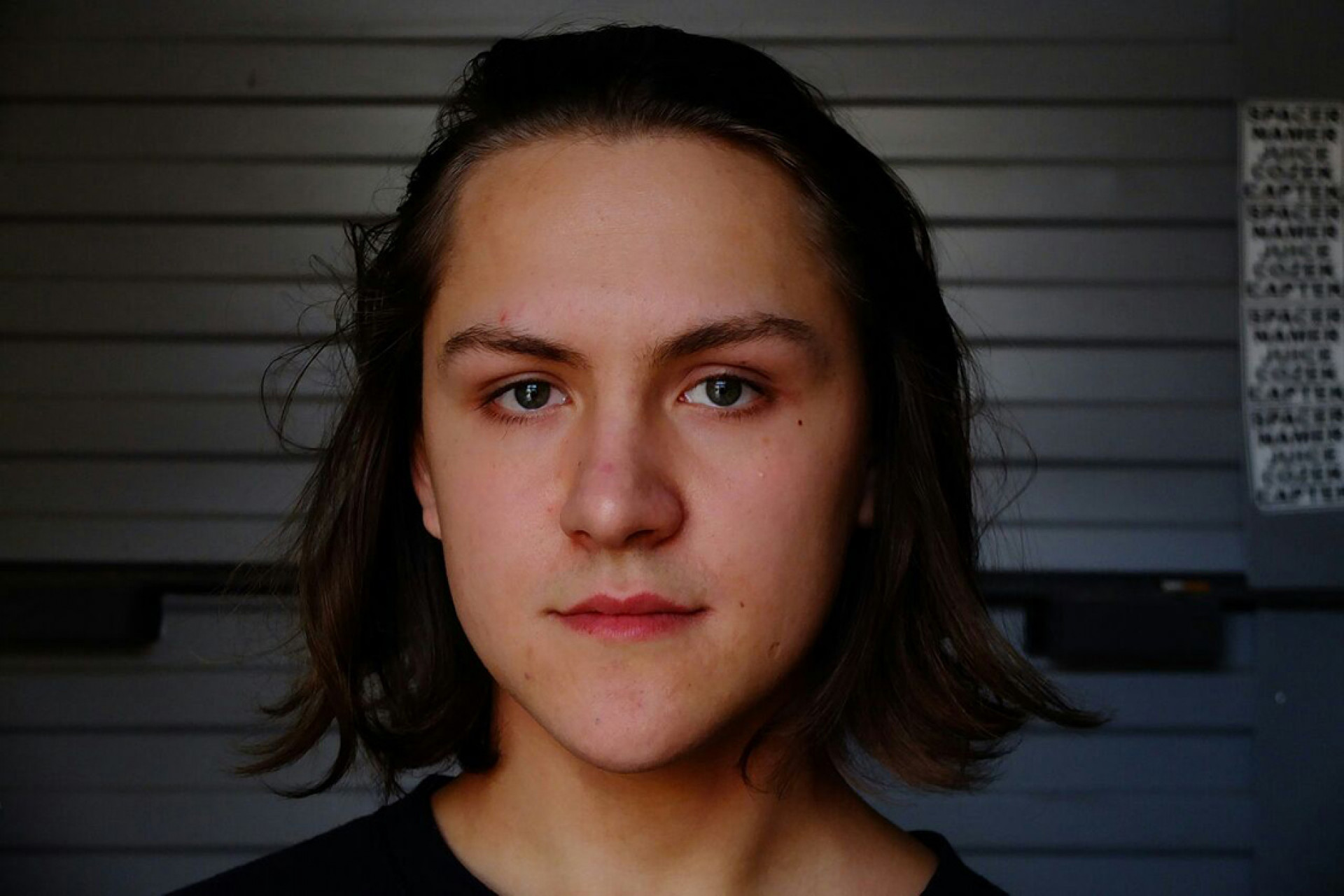 Andrei Drachyov. Born Feb. 17, 1999, Arkhangelsk. Works as a programmer. "In Russia, a university degree does not necessarily improve your chances of getting a job. I do believe that my generation could have a positive impact, especially since we are equipped with the internet. But I don’t like to harbor hope or make predictions." The Moscow Times 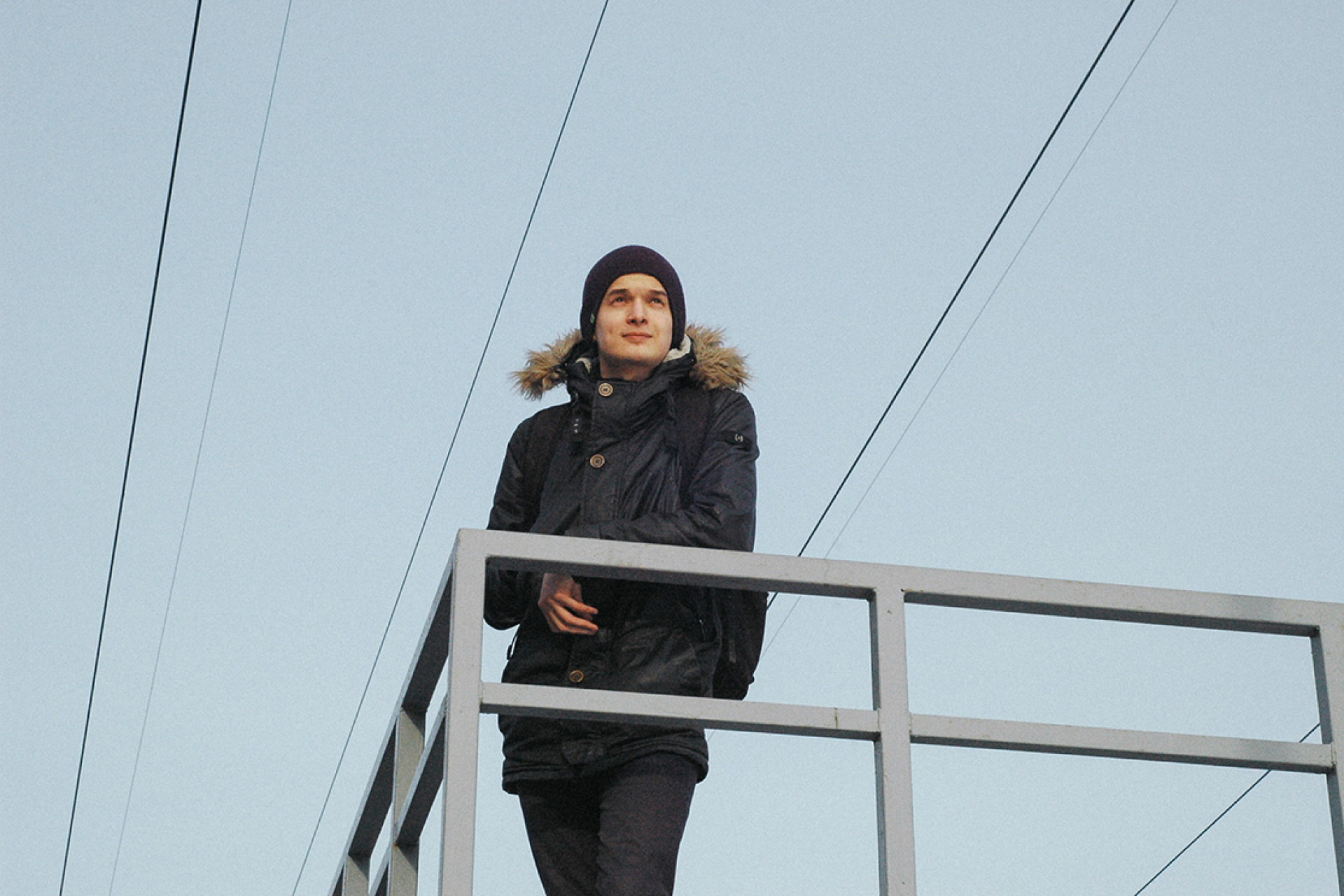 Kirill Li. Born April 23, 1999, Novosibirsk. Works as an eSports commentator. "It’s sad that we have had the same politicians all these years. Then again, who is there besides Putin?" The Moscow Times 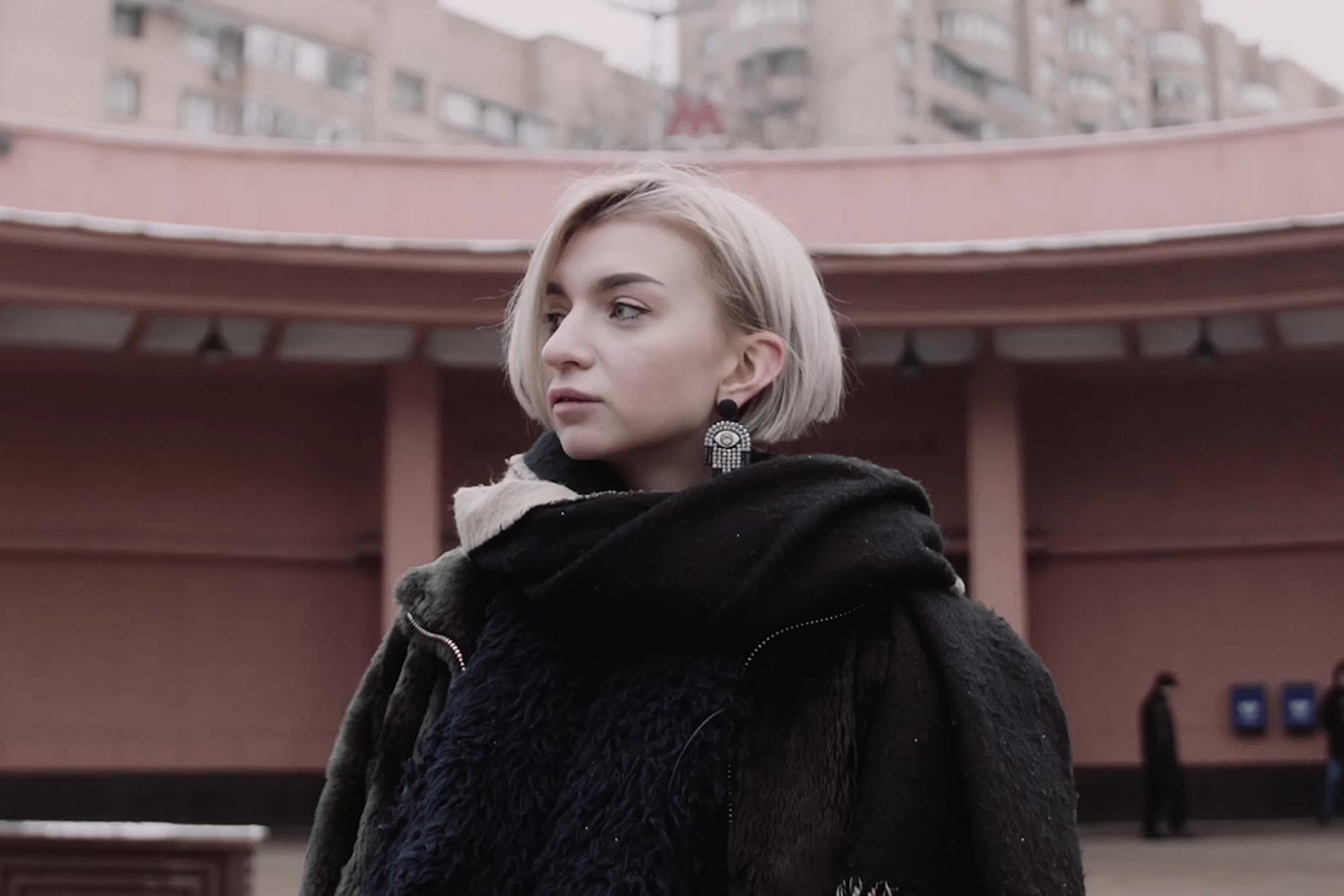 Nina Gubskaya. Born Dec. 13, 1999, Surgut. High-school student. "My grandmother used to recite this poem: I’m a little girl and I don’t go to school / I’ve never seen Putin but love him I do." The Moscow Times 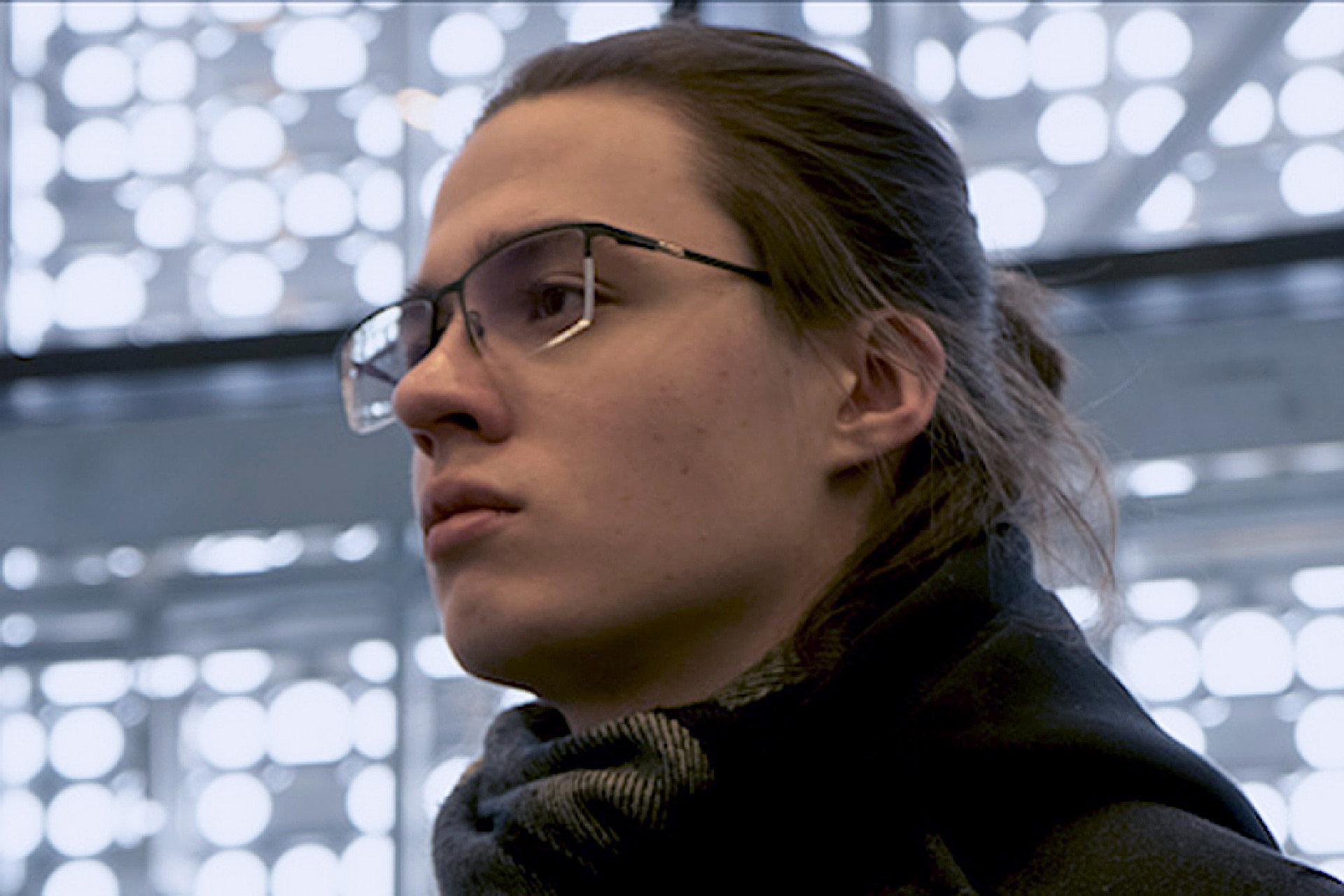 Vladimir Gistsev. Born Dec. 20, 1999, Zheleznogorsk. Studies clinical psychology at Ural State Medical University. "The standard Russian scenario where the man comes home, beats his wife and drinks his beer while the wife prepares borshch doesn’t appeal to me at all." The Moscow Times 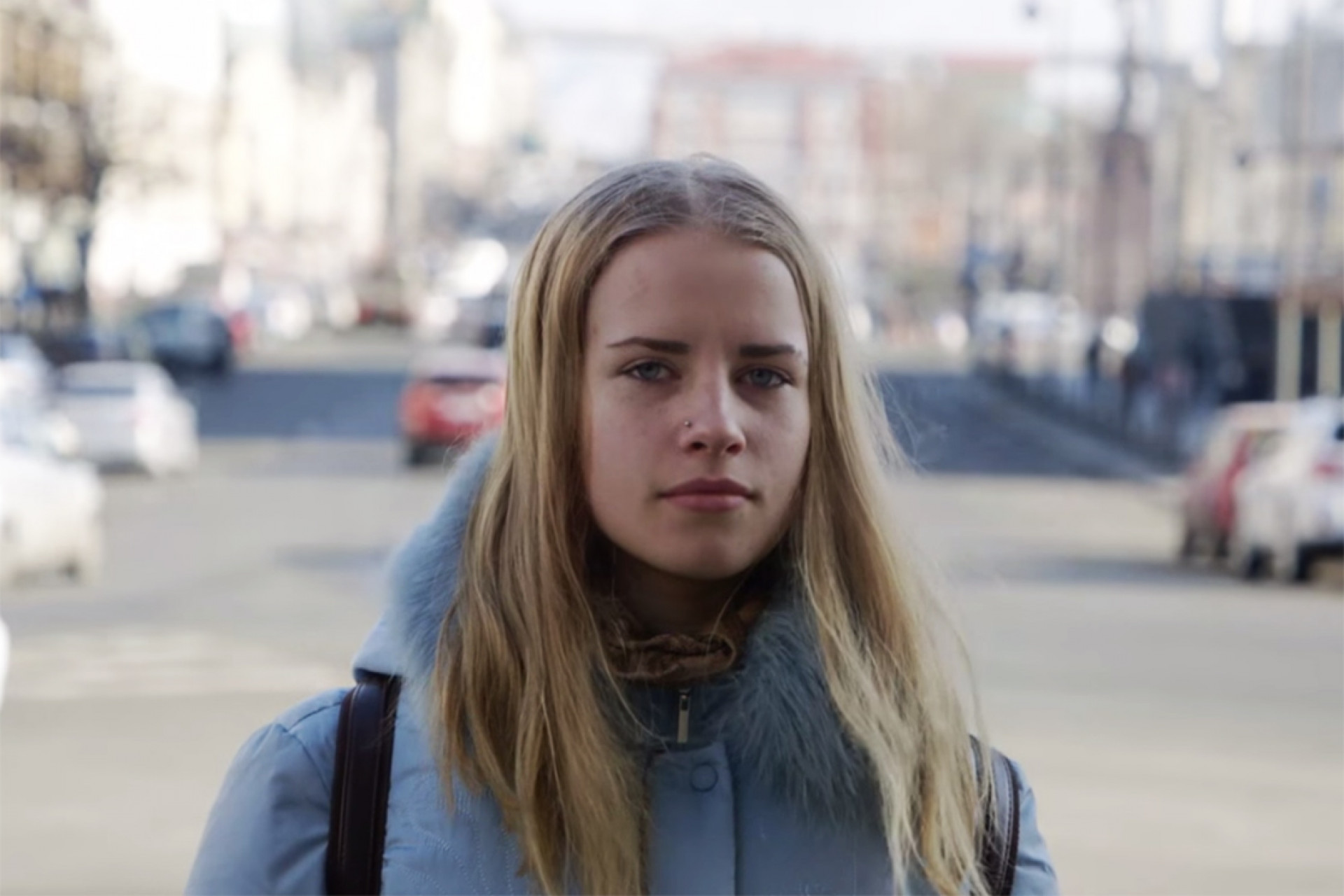 Ira Smirnova. Born Oct. 1, 1999, Vladivostok. Studies chemistry at Far Eastern Federal University, member of a regional youth communist party. "Stalin was a great leader, especially if you consider our victory in World War II and who our enemy was. He shielded us from the ultimate evil. What else is there to say?" The Moscow Times 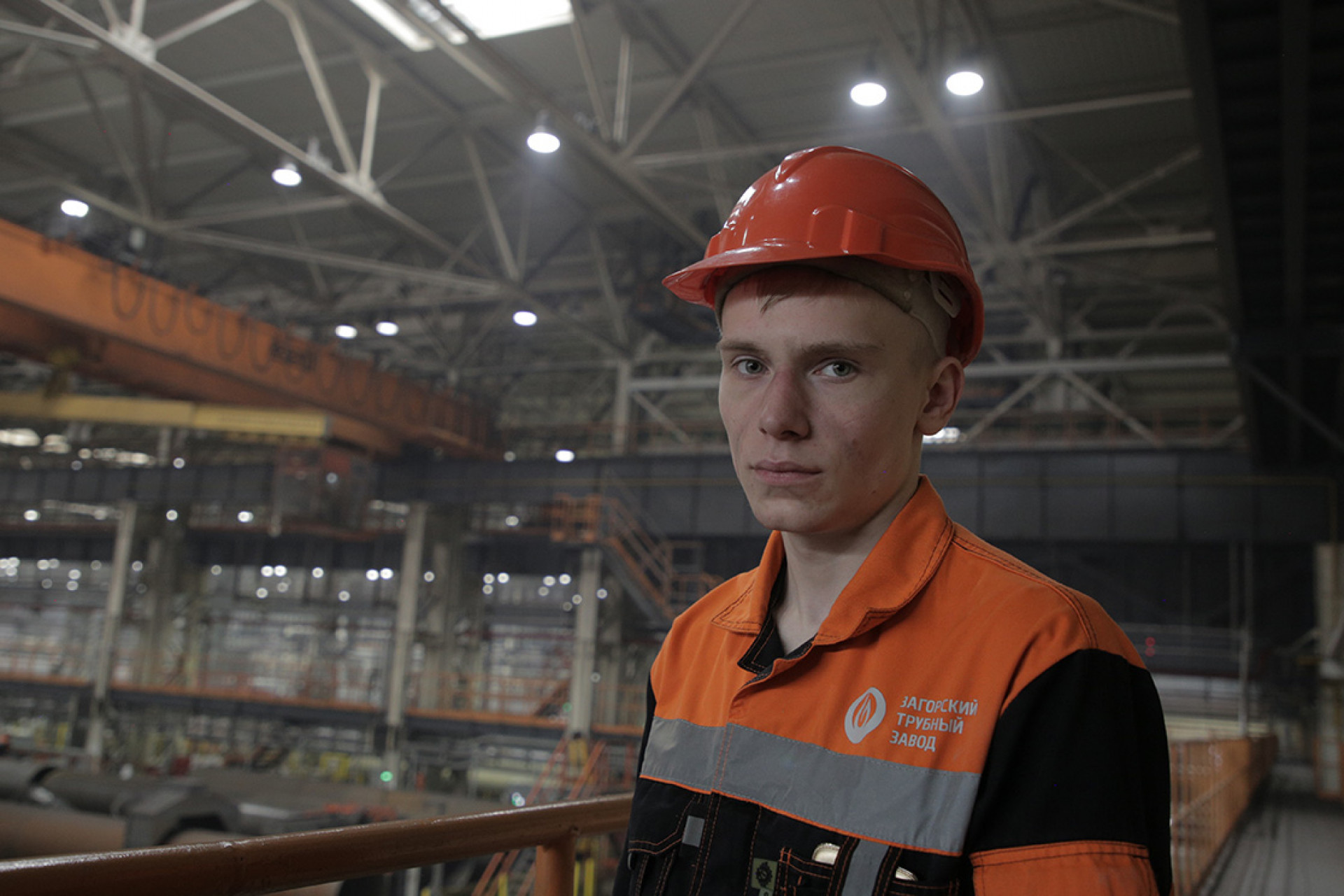 Ilya Klyuchnik. Born Nov. 28, 1998, Sergiyev Posad. Works at a supply pipe factory and studies hotel management at the Russian International Academy of Tourism. "I’m pretty passive about following the news. I’ll glance at it when I’m stuck in a traffic jam or around the house with the television on." The Moscow Times 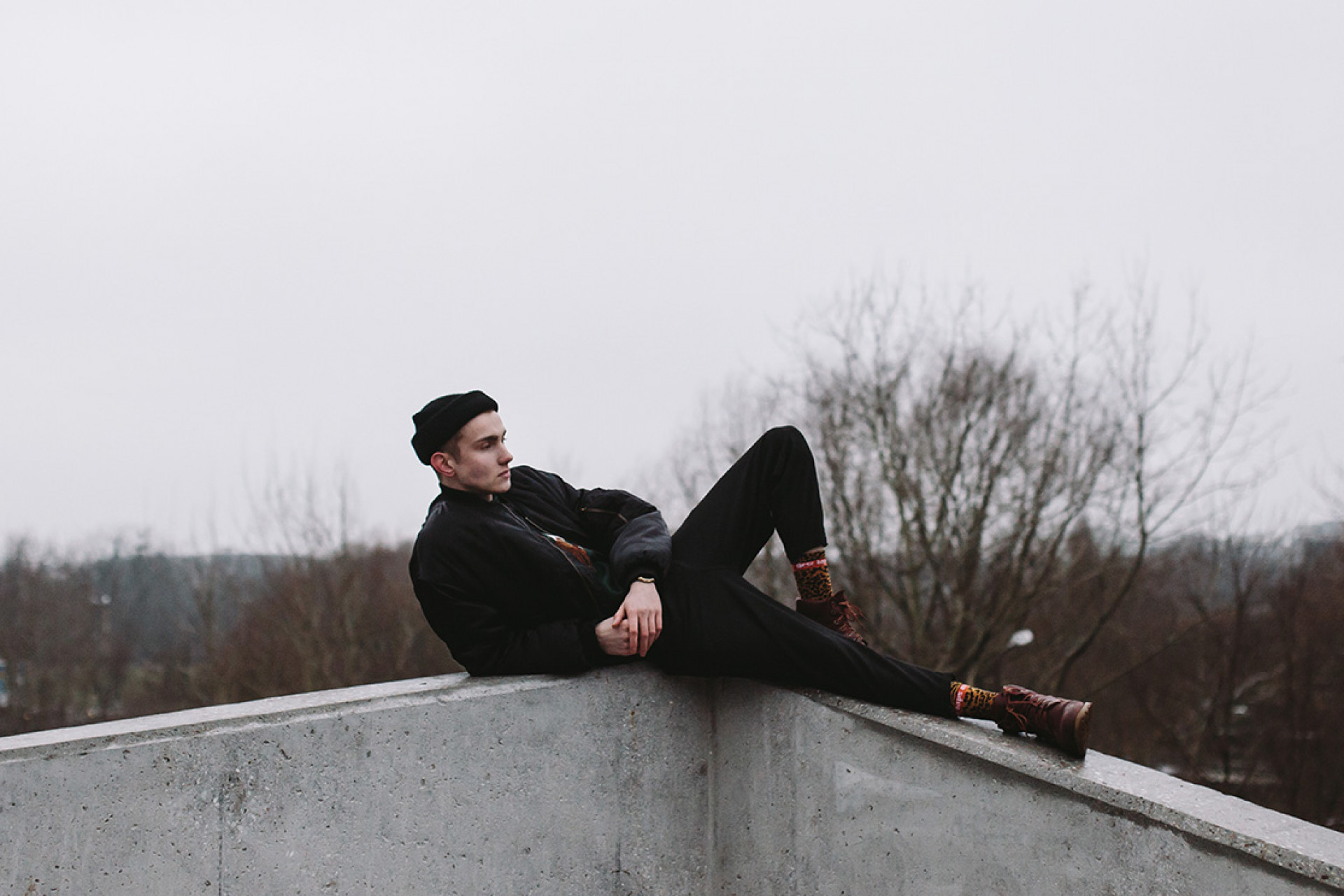 Danil Inyushkin. Born March 15, 1999, Bagrationovsk. Studies tourism management in Moscow. "You could be sitting around and suddenly the police raid your house and throw you in prison for no clear reason. It’s terrifying." The Moscow Times 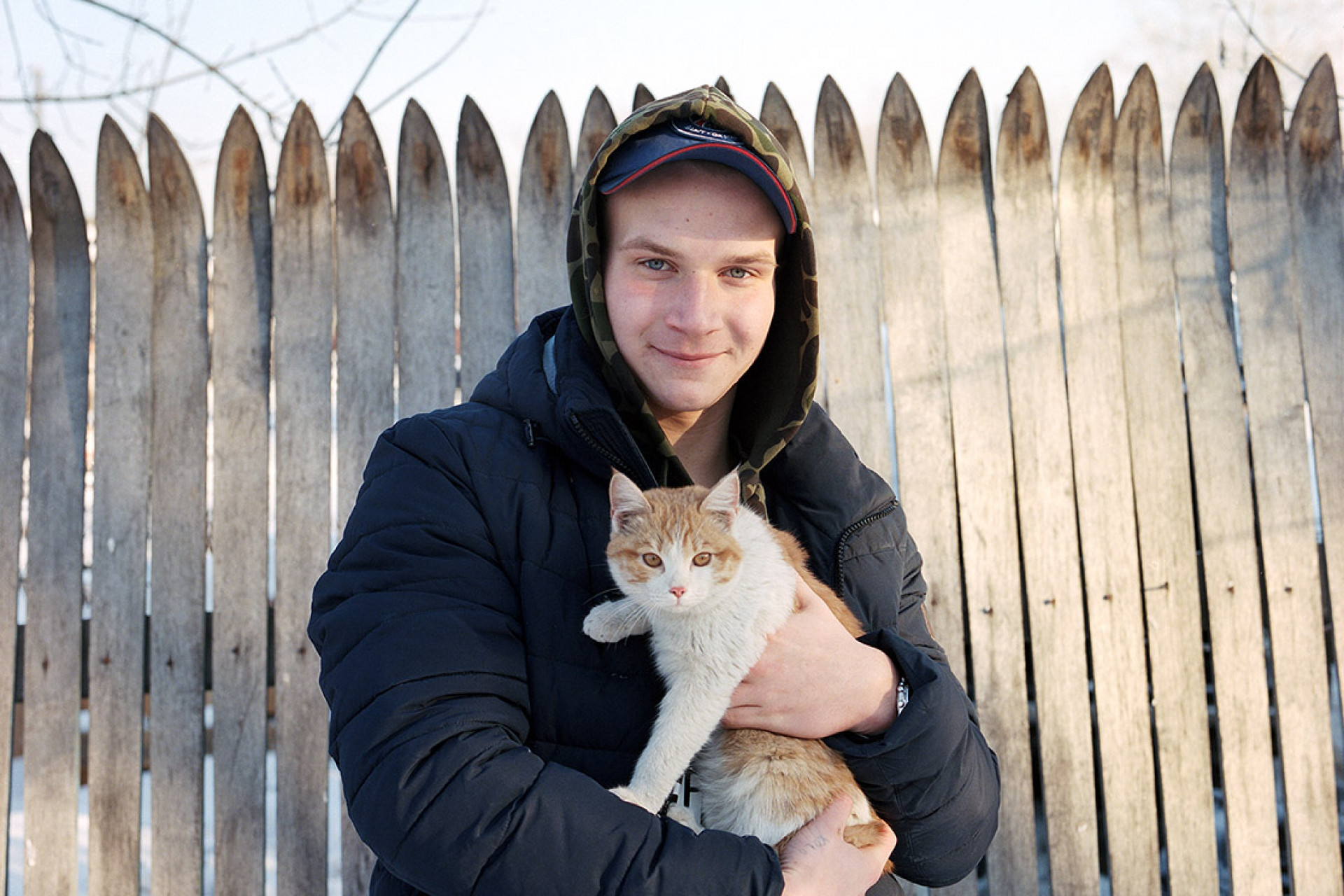 Nikita Fuga. Born Jan. 3, 2000, Krasnoturansk. High-school student. "I like Russians, and I like the Russian mentality. I don't care about voting or who the president is." The Moscow Times 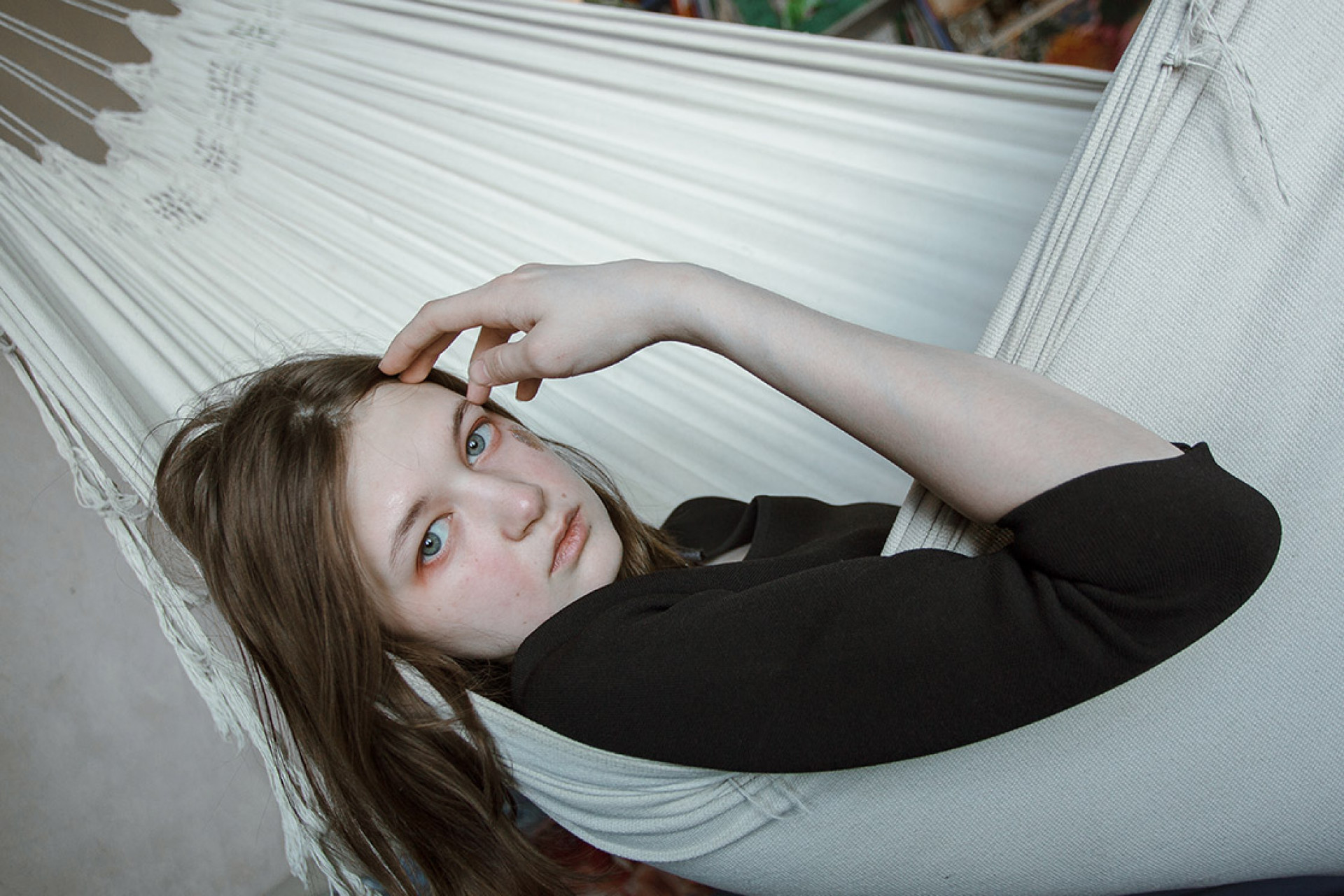 Yulia Vladimirtseva. Born June 11, 1999, Yakutsk. Studies Development at the State University of Management. "Until I was about 12, Putin and Russia seemed to be two inseparable concepts. Then I began to think: when will he leave? I just think he's been in power too long." The Moscow Times 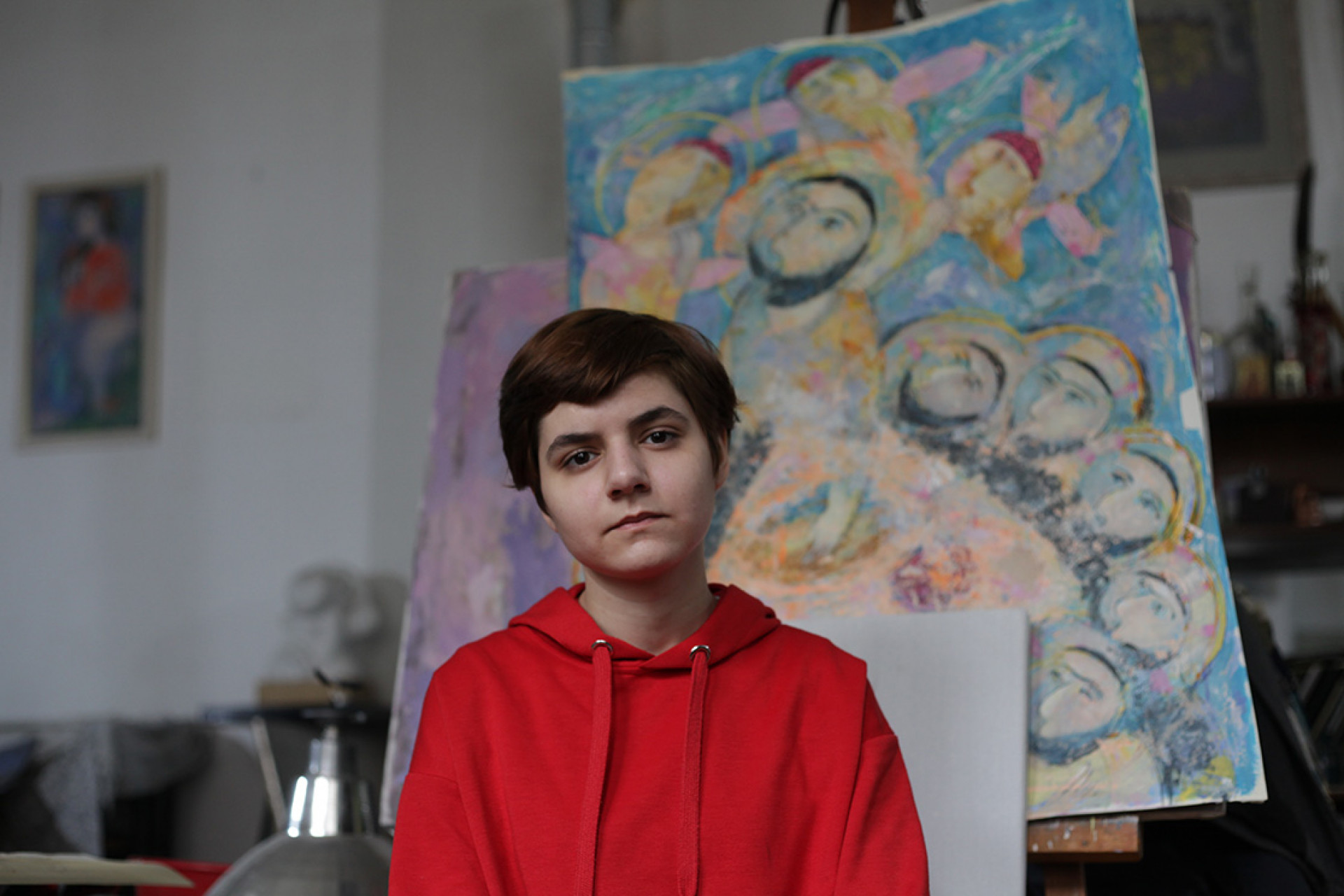 Elina Turiyeva. Born Feb. 4, 2000, Vladikavkaz. Studies education at North Ossetian State Pedagogical Institute. "In Ossetia it is customary for women to serve men: cleaning, cooking, all that. They can get up and do it themselves!" The Moscow Times 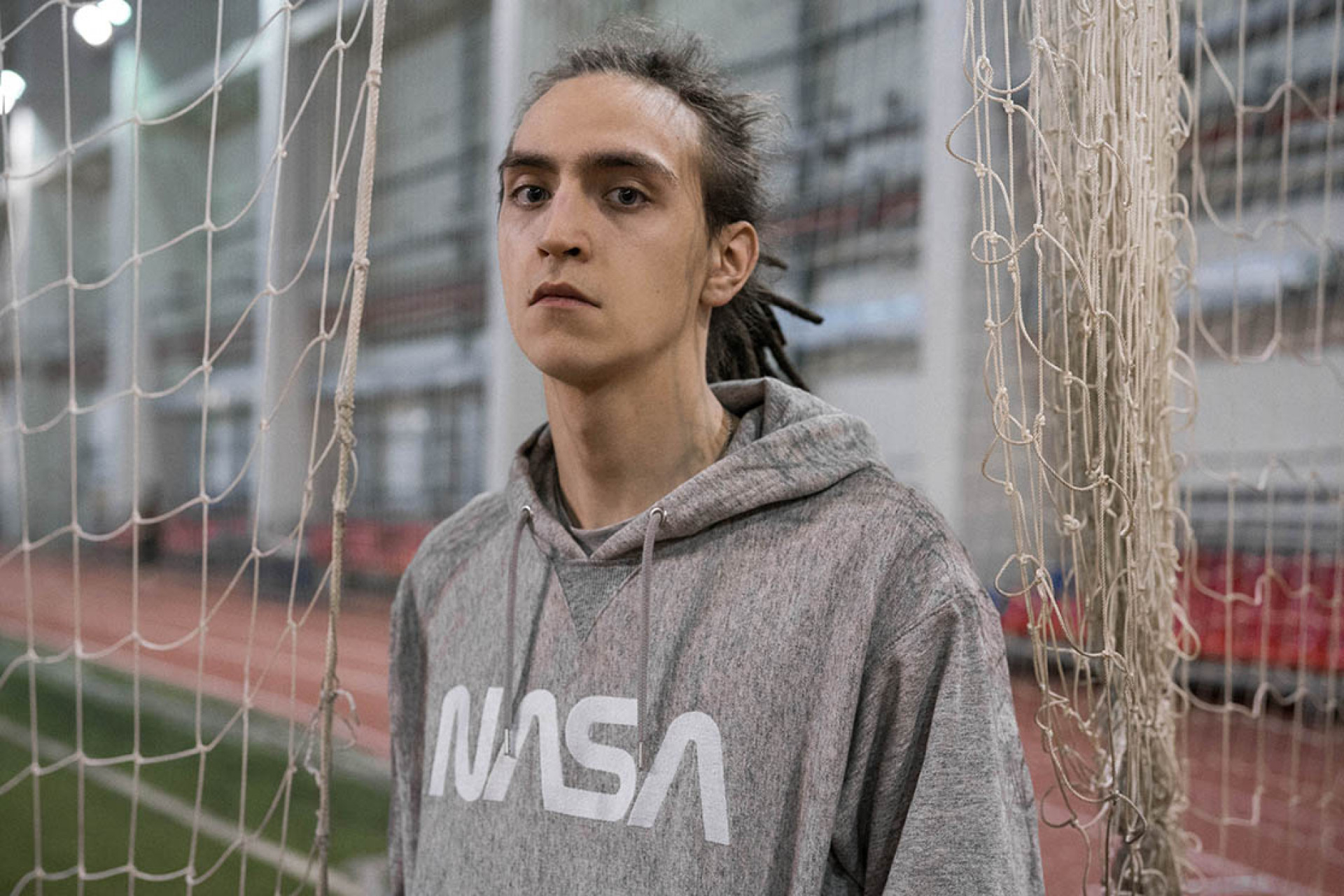 Said Grishin. Born Oct. 8, 1999, Kazan. Studies foreign languages at Kazan Innovative University. "State channels keep pushing the narrative that Russia is “good” and America is “bad.” I recently flipped to one of the few channels that I had always thought was reliable, but they were showing a story about how an American family kept their nine children locked in their basement. That was the last time I turned on the television." The Moscow Times 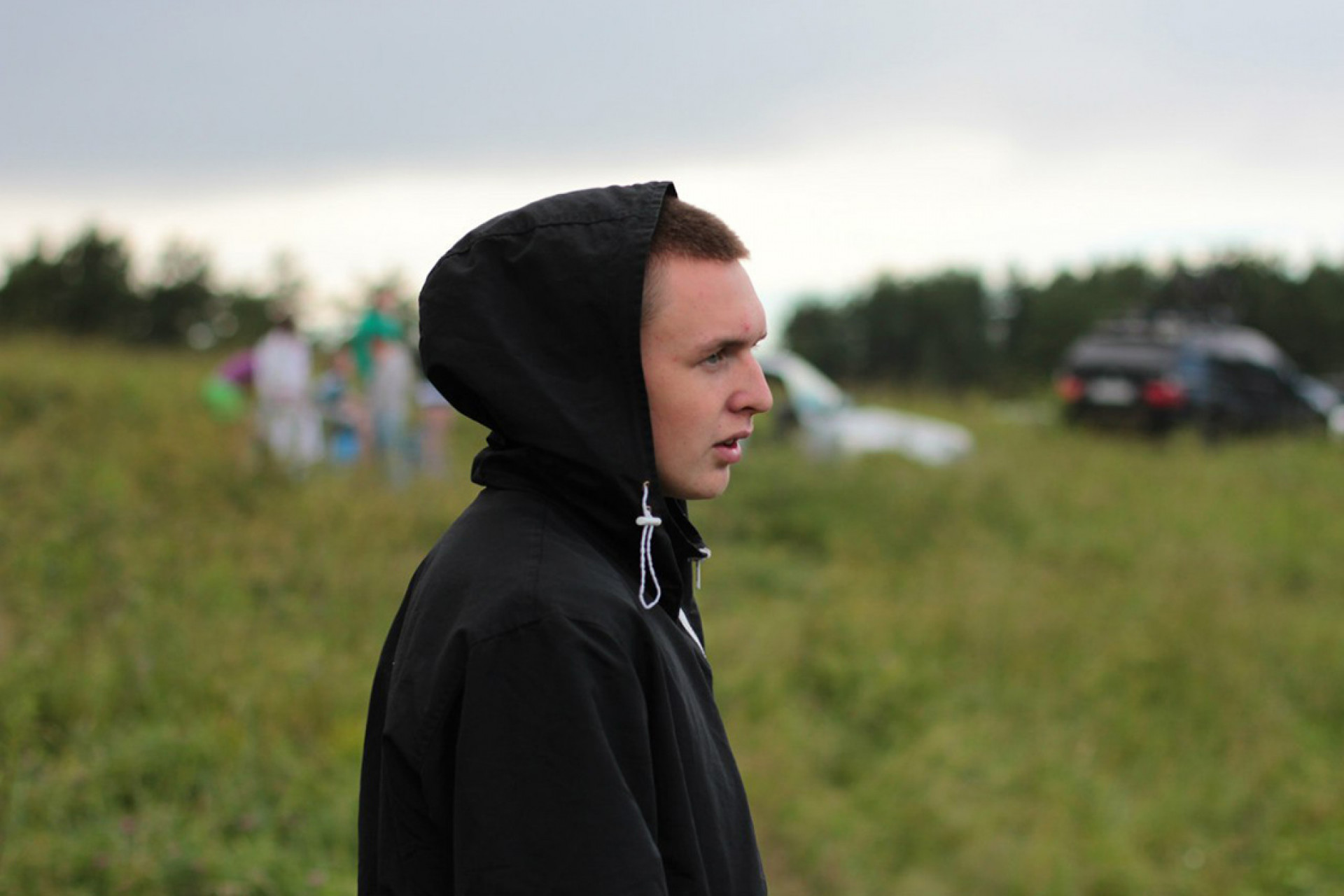 Yevgeny Syutev. Born July 18, 1999, Kirishi. Works as a car mechanic. "If you really want to get something going here, you have to make it happen yourself. You take a shovel and build a bike track." The Moscow Times 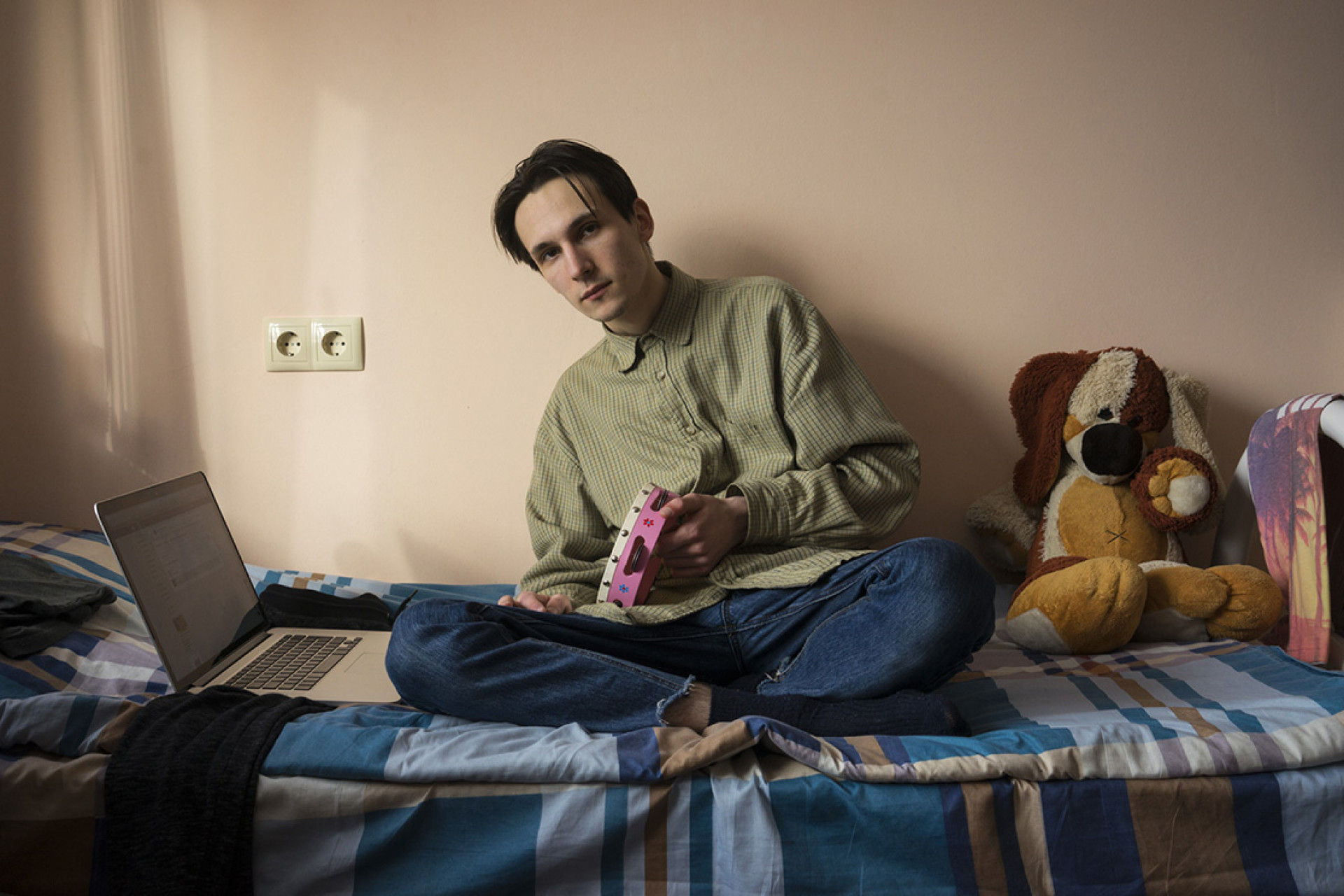 Nikita Protasov. Born May 23, 1999, Kovrov. Studies sociology at Vladimir State University. "My father stumbled through the doorway, collapsed somewhere, and didn’t get up until his next trip. It’s a classic tale of Russian drunkenness." The Moscow Times 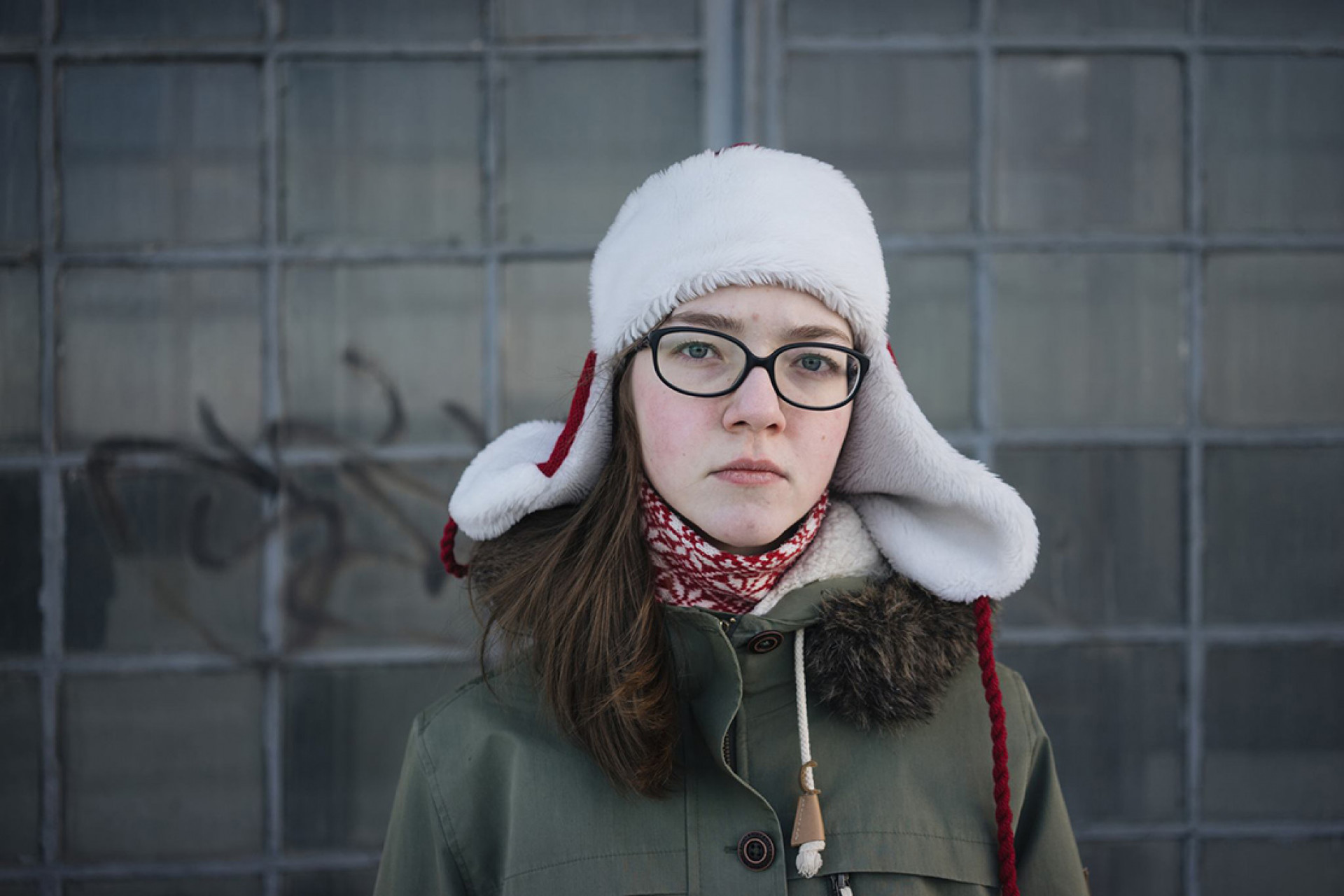 Katya Firsova. Born March 2, 2000, Nizhny Novgorod. Works as a concert photographer for Rock-Afisha Nizhny Novgorod. "I consider myself a feminist, even though it’s not socially acceptable. Many people are embarrassed and worry that others will think of them negatively. I believe there’s still a woman’s cause to fight for in Russia." The Moscow Times 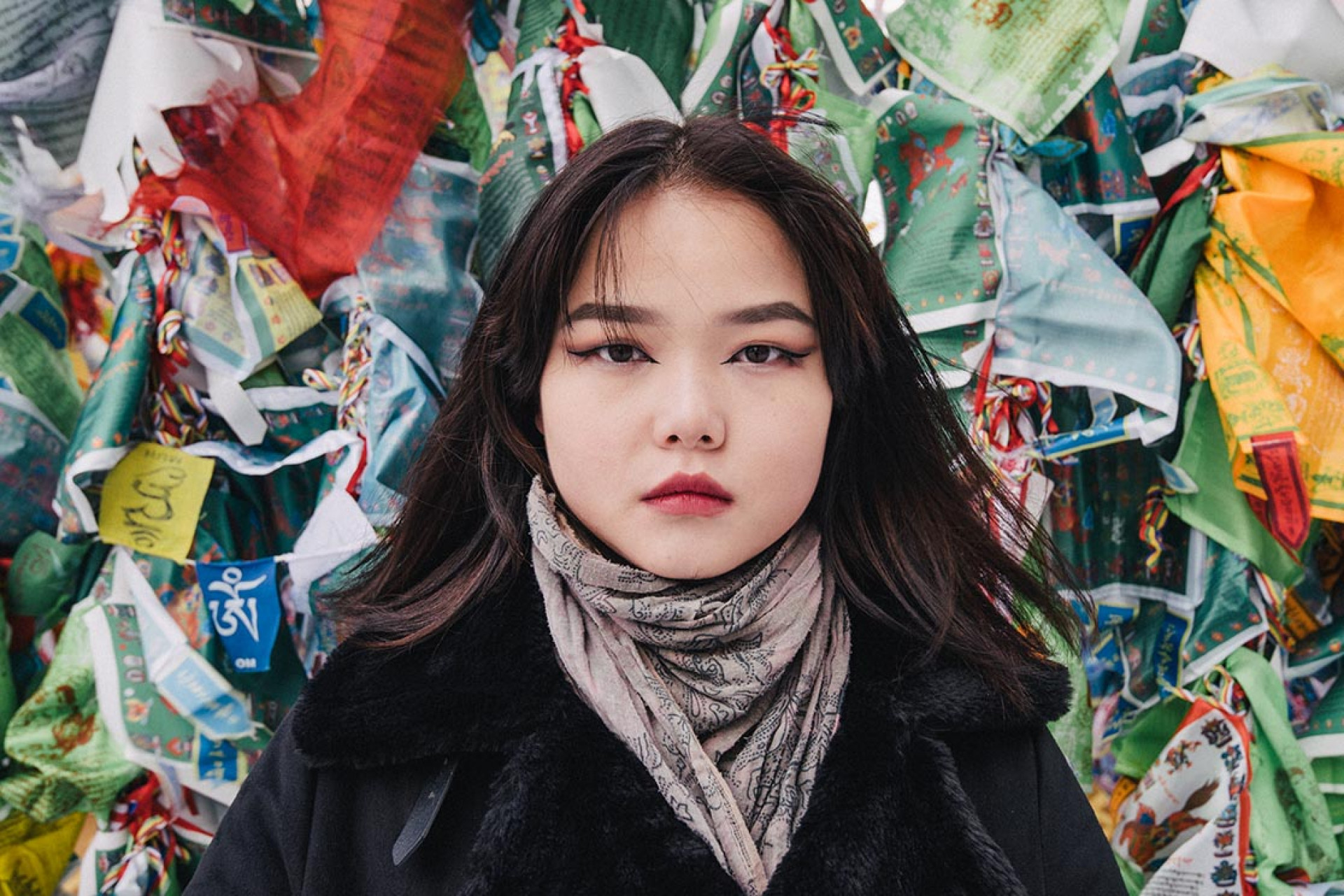 Elvira Ochirova. Born May 20, 1999, Ulan-Ude, Buryatia. Works as a credit specialist. "I find it offensive when people say: ‘You’re Kazakh, aren’t you? Or Mongol?’ We have our own cultural traditions." The Moscow Times 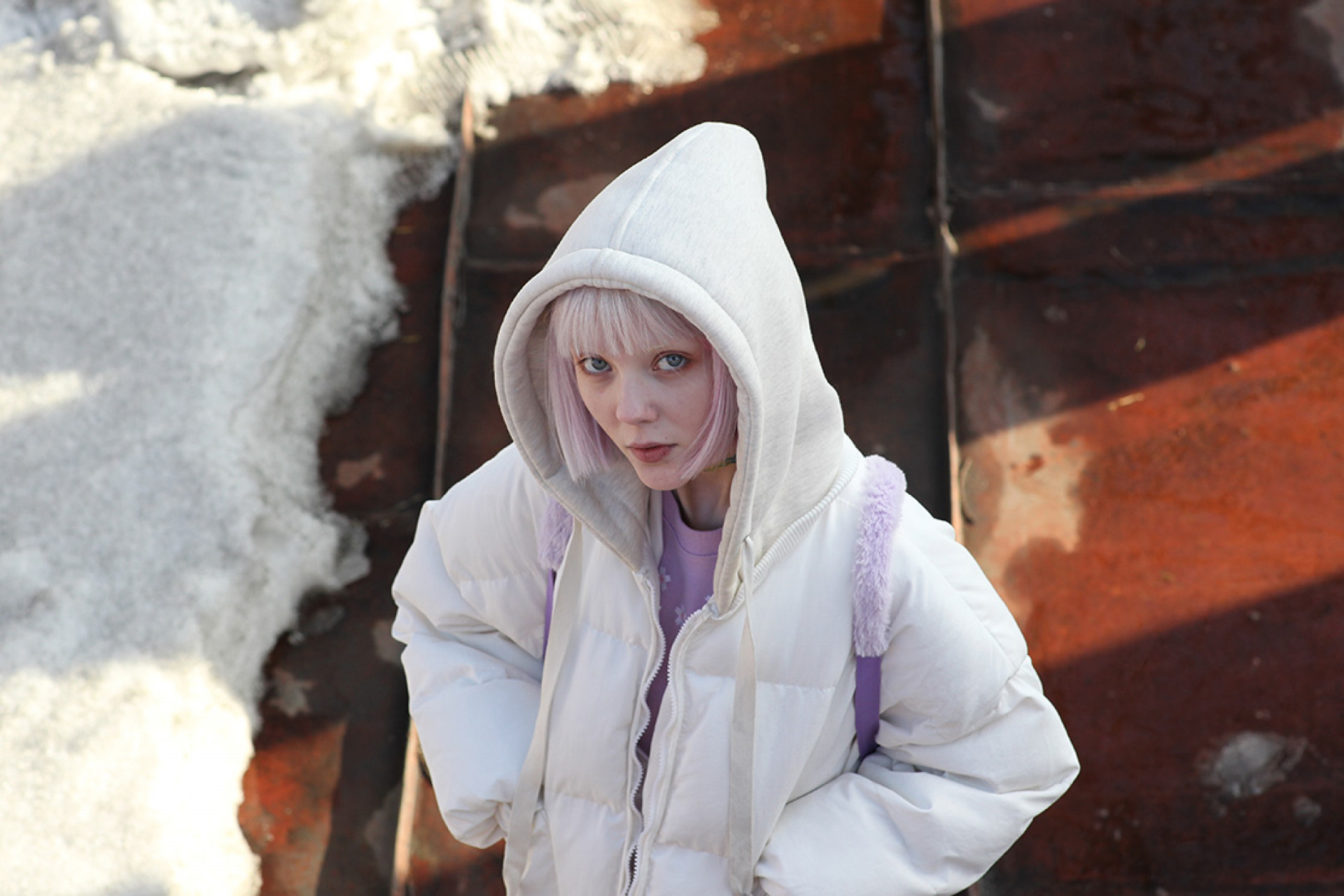 Darya Meteleva. Born July 14, 1999, Murmansk. Studies East Asian Studies at Buryat State University. "Teachers would constantly comment on the way I dressed or ask why my parents allowed it. Once, I was called into our principal’s office and she lectured me for three hours on the need for dress codes at schools." The Moscow Times

In 2000, when Vladimir Putin first became president, 1.3 million children were born in Russia.

This year, as that generation turns 18 and gains the right to vote, Putin was reelected to another six years in power. His victory in March extends his rule over the country until 2024. By then, Generation P, the Russians who have only known life under Putin, will be 24 years old.

Leading up to the elections, The Moscow Times crossed the country to meet eighteen of these 18-year-olds, document their memories of the past, impressions of the present and hopes for the future.