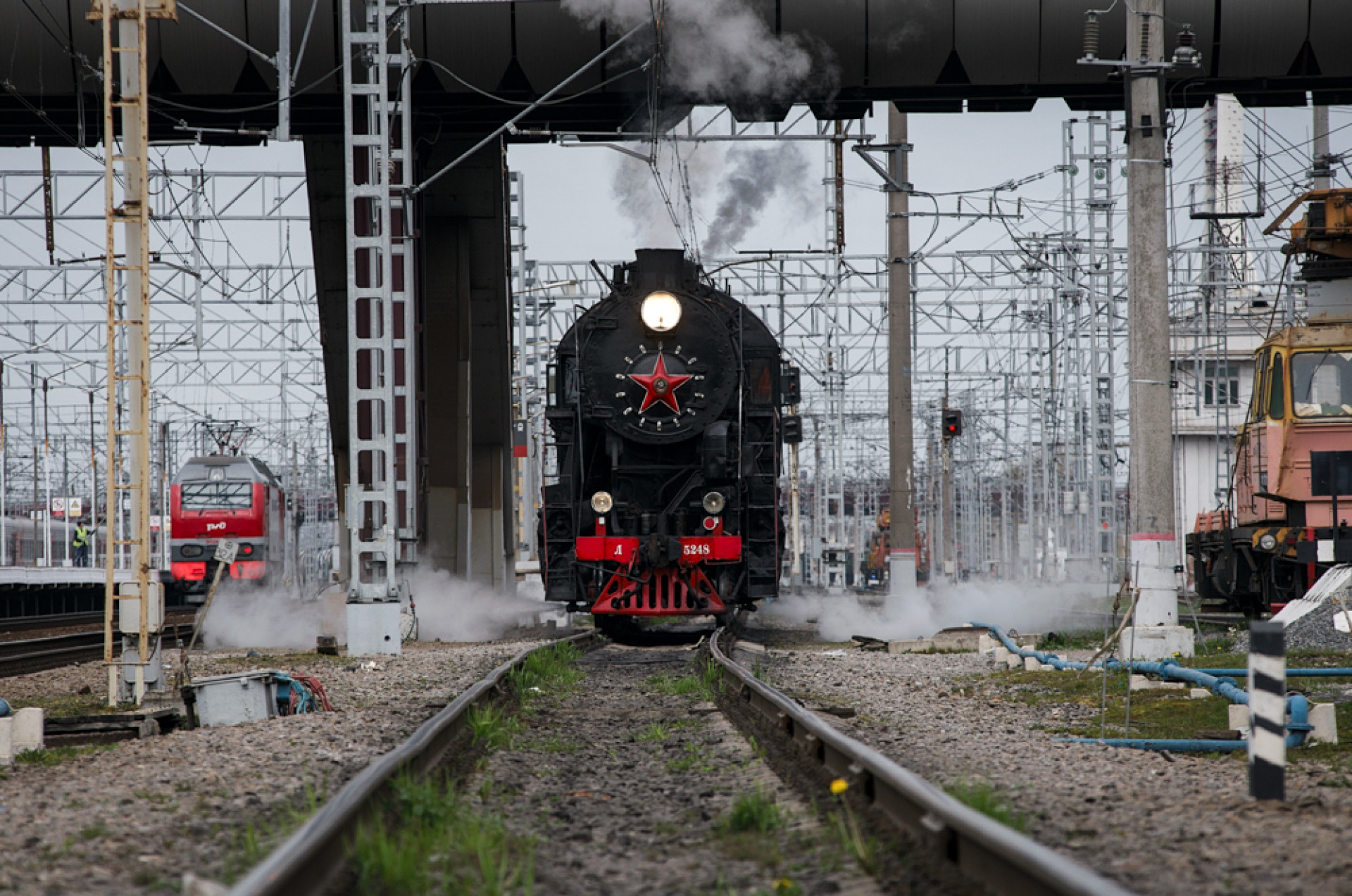 The oldest locomotive in the depot is the "Soft Sign,” made in 1897. It was brought here from the Smolensk region, where it had stood on a pedestal as a monument. In the past, locomotives were used from time to time on holidays, in presentations and in films. Now the rolling stock includes locomotives from the 20s, 40s, 50s, which can take you to Novgorod and Sortavala (Karelia). Locomotives are also used for technical and shunting work. Denis Tarasov 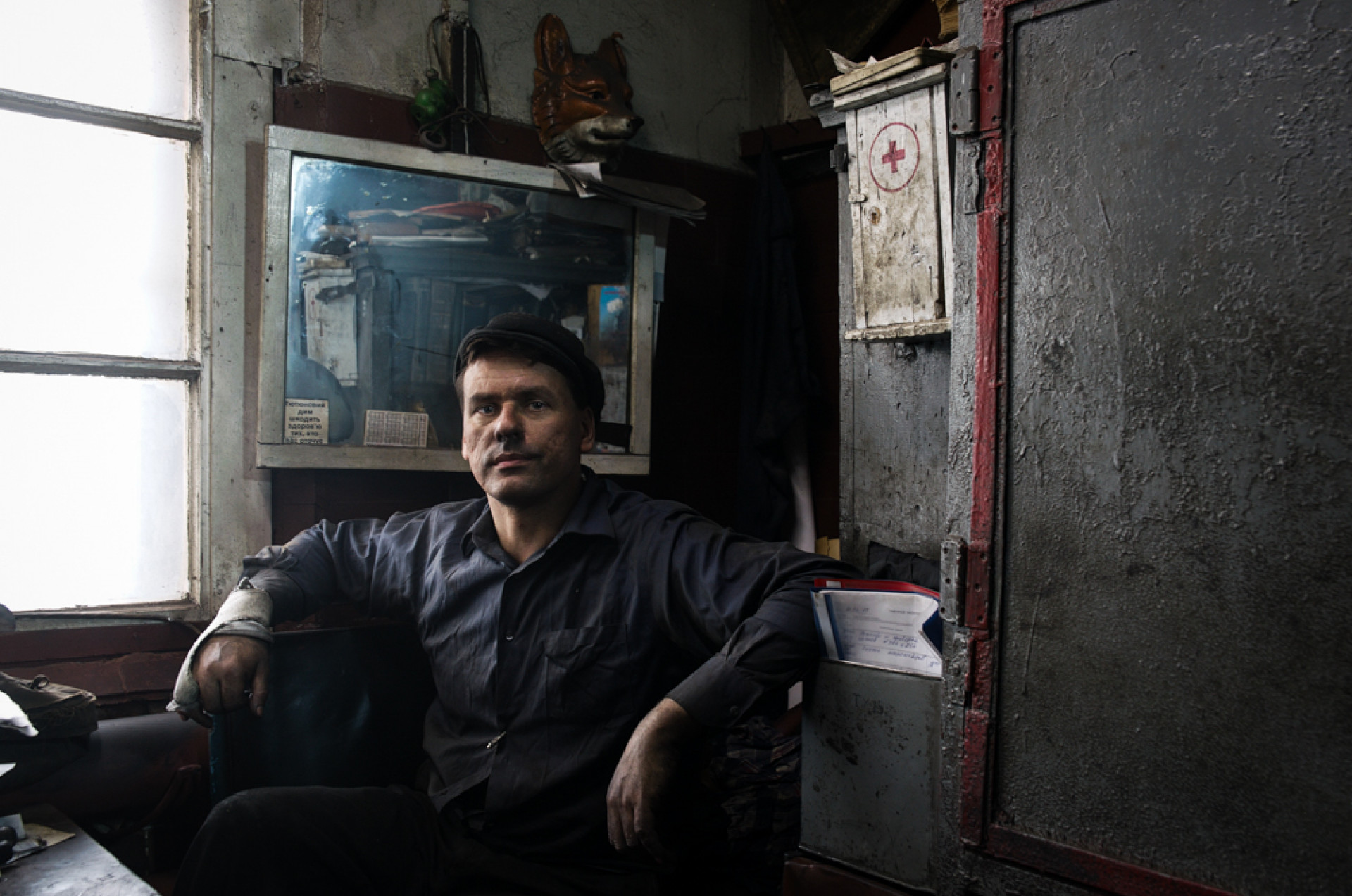 Alexei Gruk, foreman of repairmen, has been working at the depot since 1991. His brigade does everything, from everyday repairs of the rolling stock to restoration of the oldest steam locomotives, which have not been manufactured for a long time. Denis Tarasov 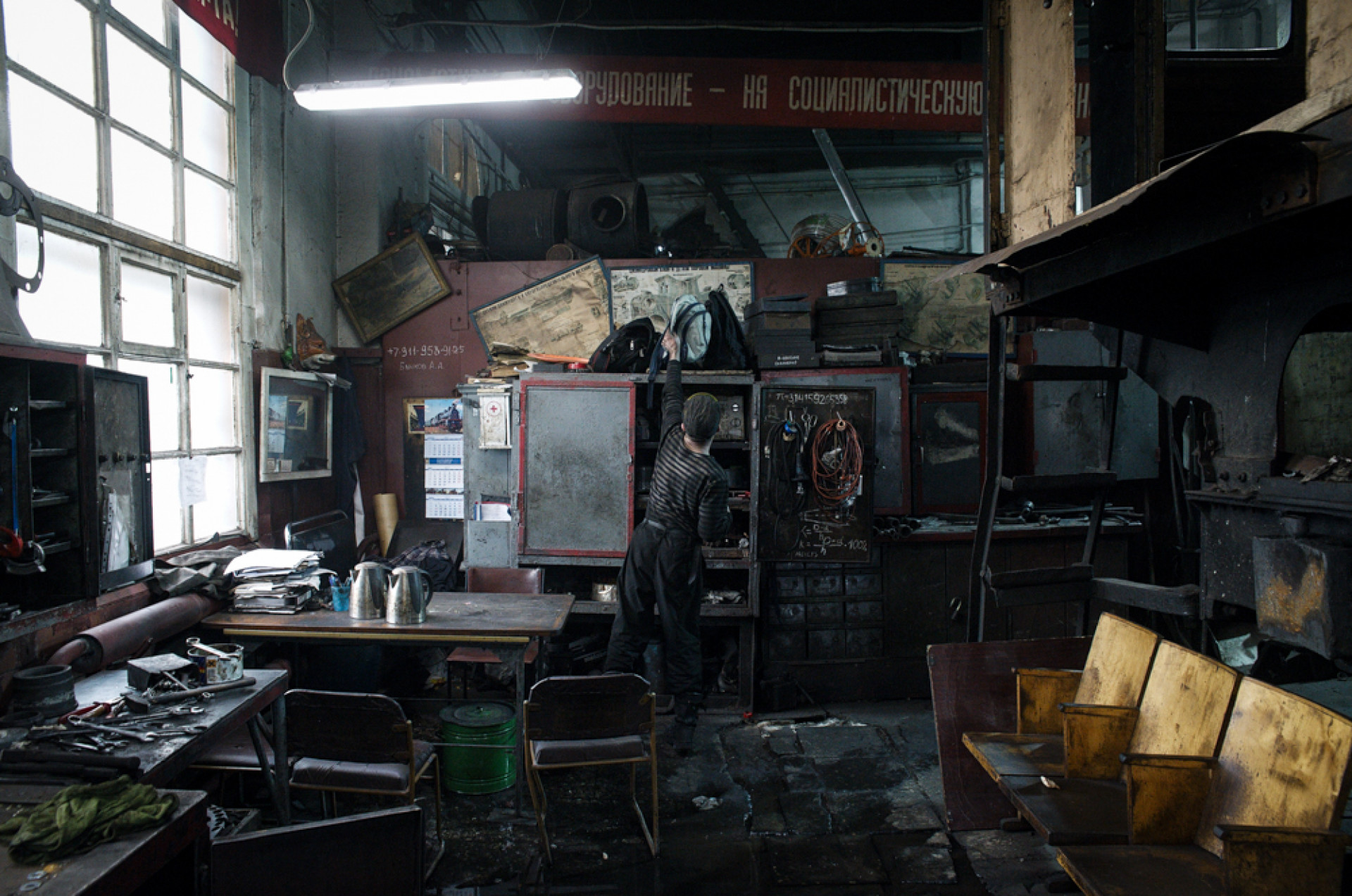 “If the locomotive is complete — if it’s used regularly — we disassemble it, fix it up, weld it, and cut new piston rings. Then we change the upholstery and put it all back together” says Gruk. Denis Tarasov 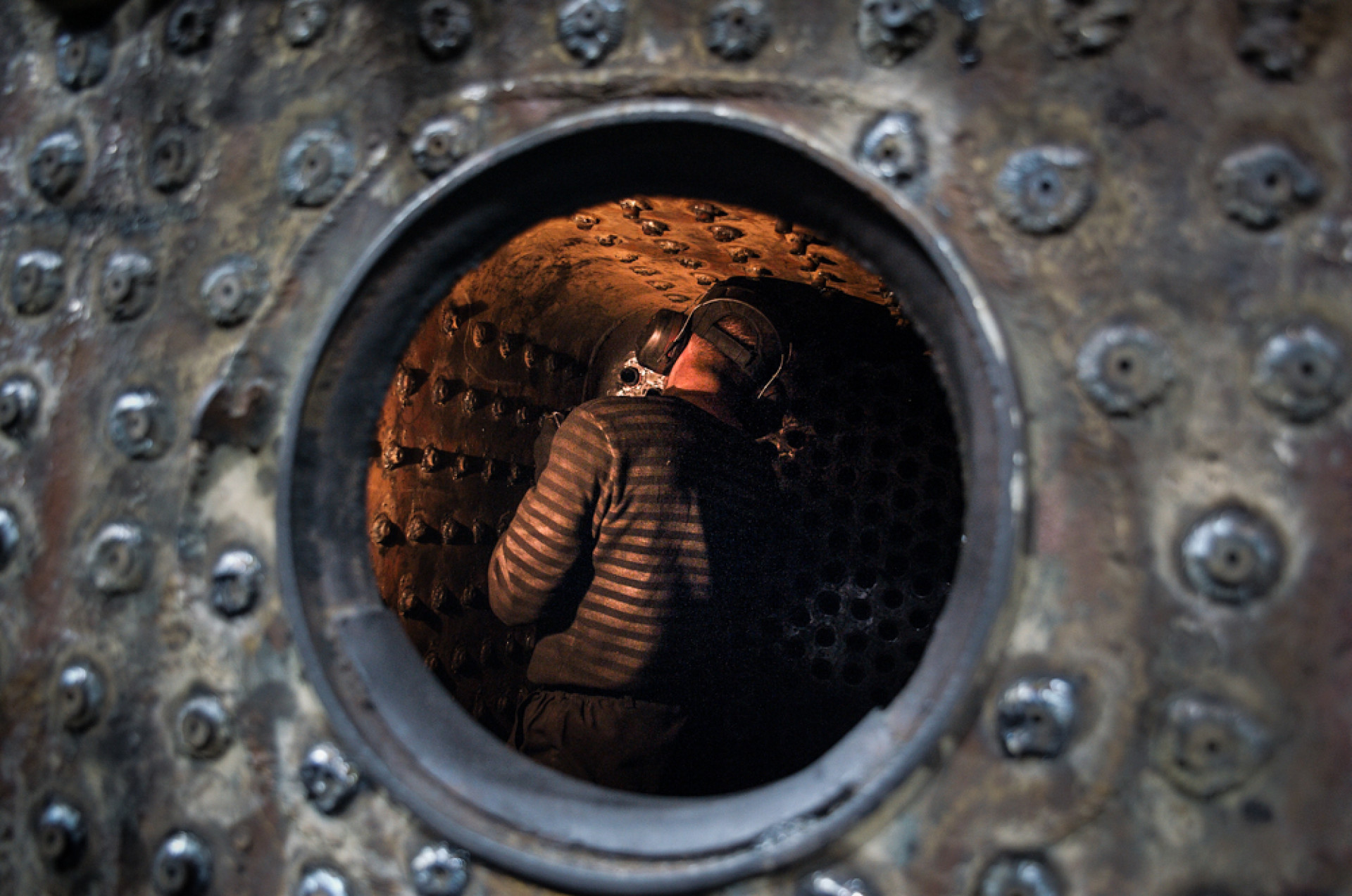 “Often when a locomotive comes in for repair, we see that something was stolen from it long ago, and we have to use old blueprints to repair it. The old engines don’t always have blueprints, but the principle of steam locomotives is the same, so if something is missing somewhere, the craftsmen figure out where to weld. Or they make a new part based on their experience operating and repairing other trains.” Denis Tarasov 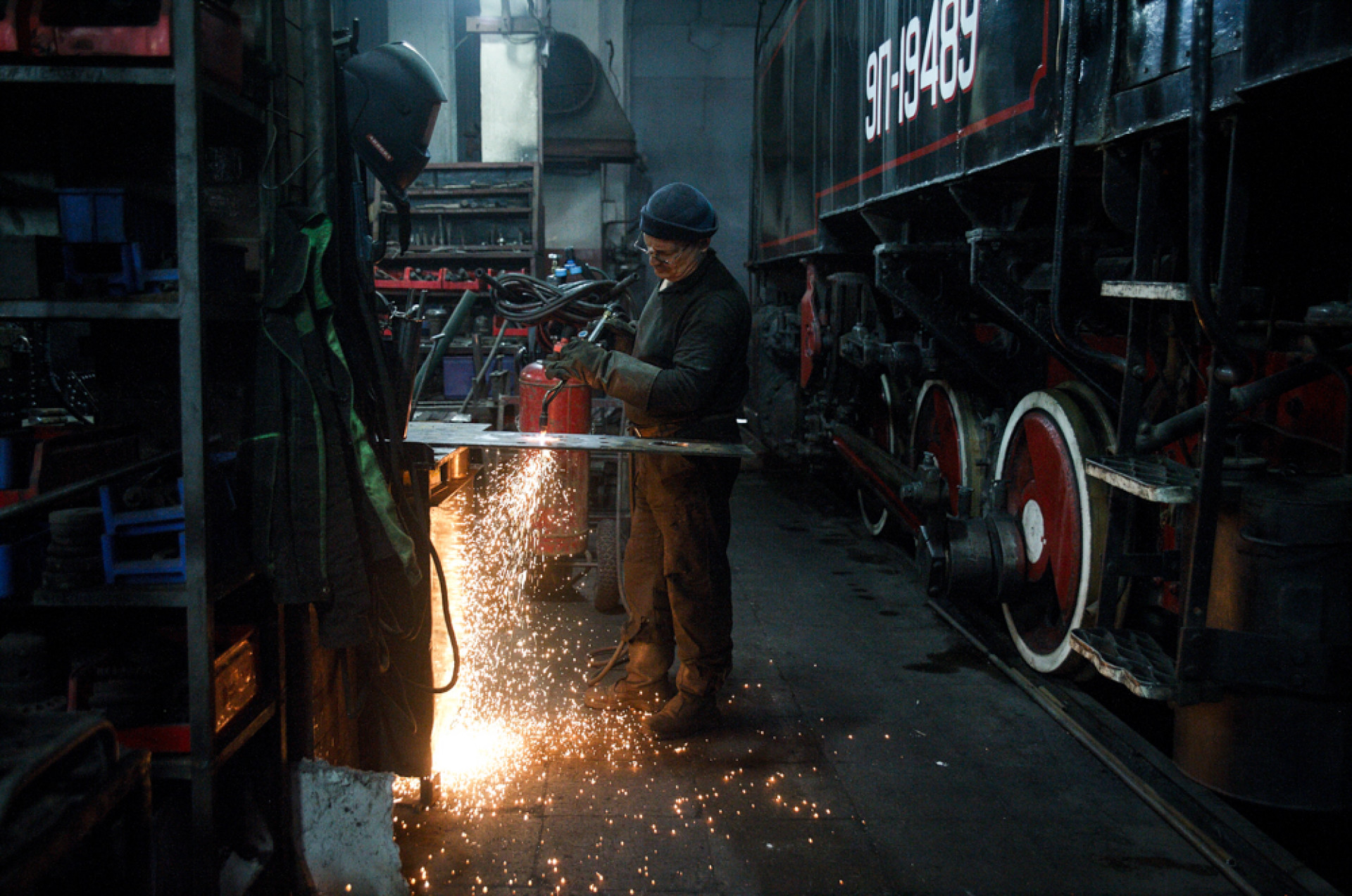 “Some details can be taken from other locomotives and scaled up or down. In the past the parts weren’t welded so there were a lot of joints on the screw threads, rivets, and rollers. Today we can’t copy that, so we have to weld and then cover it all with cladding.” Denis Tarasov 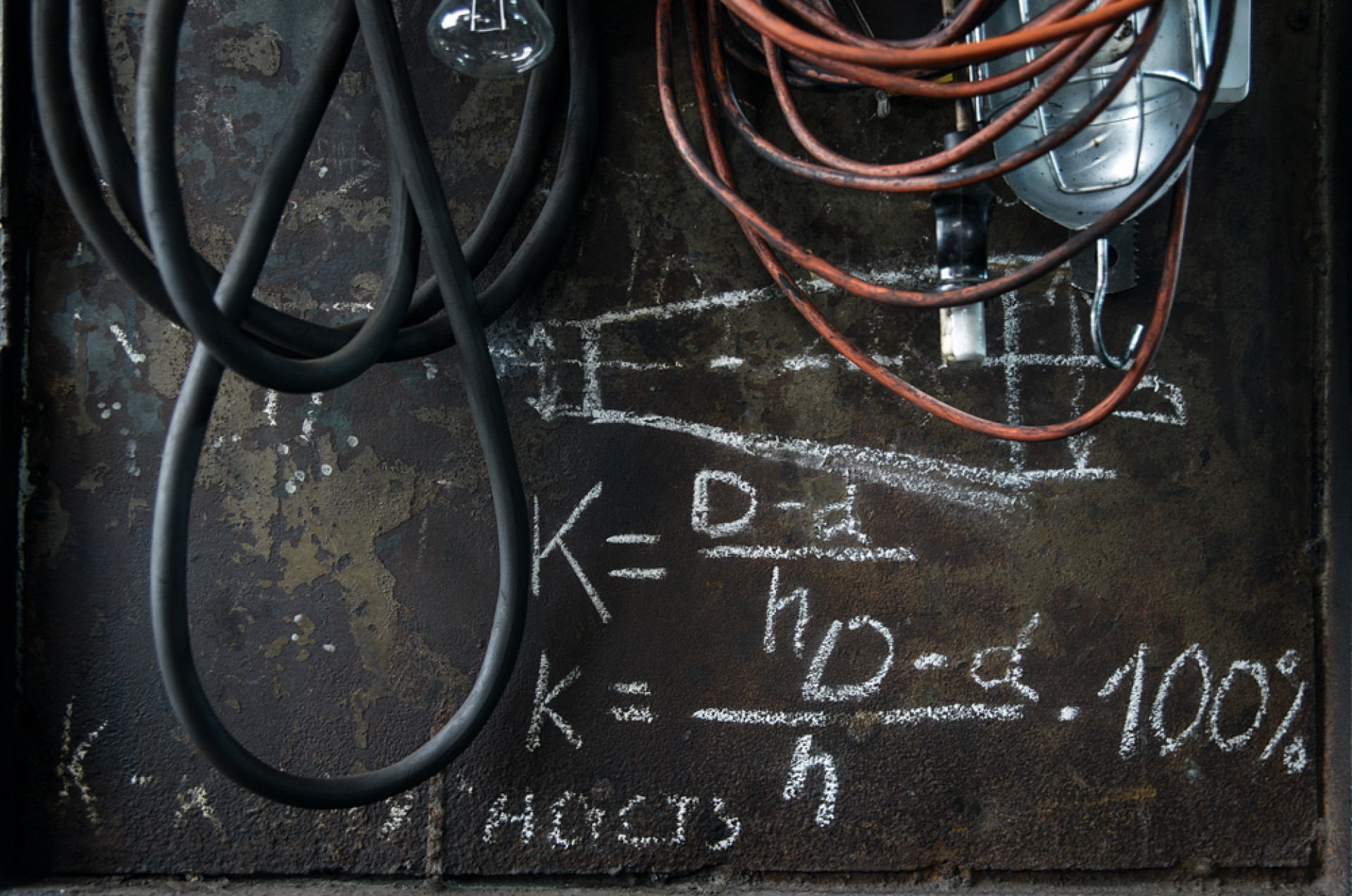 “The engines from the 1950s are already considered old. Their parts have worn out and even the metal is aging. It would take years to fix up the locomotives like they do abroad. But in Russia things are different: we have a planned economy, and that plan is often made in Moscow by people who have never even seen a steam engine. They’ll give you, say, four months to rebuild it. If you don’t finish on time, you get yelled at. If you do it badly to finish on time — you get yelled at, too.” Denis Tarasov 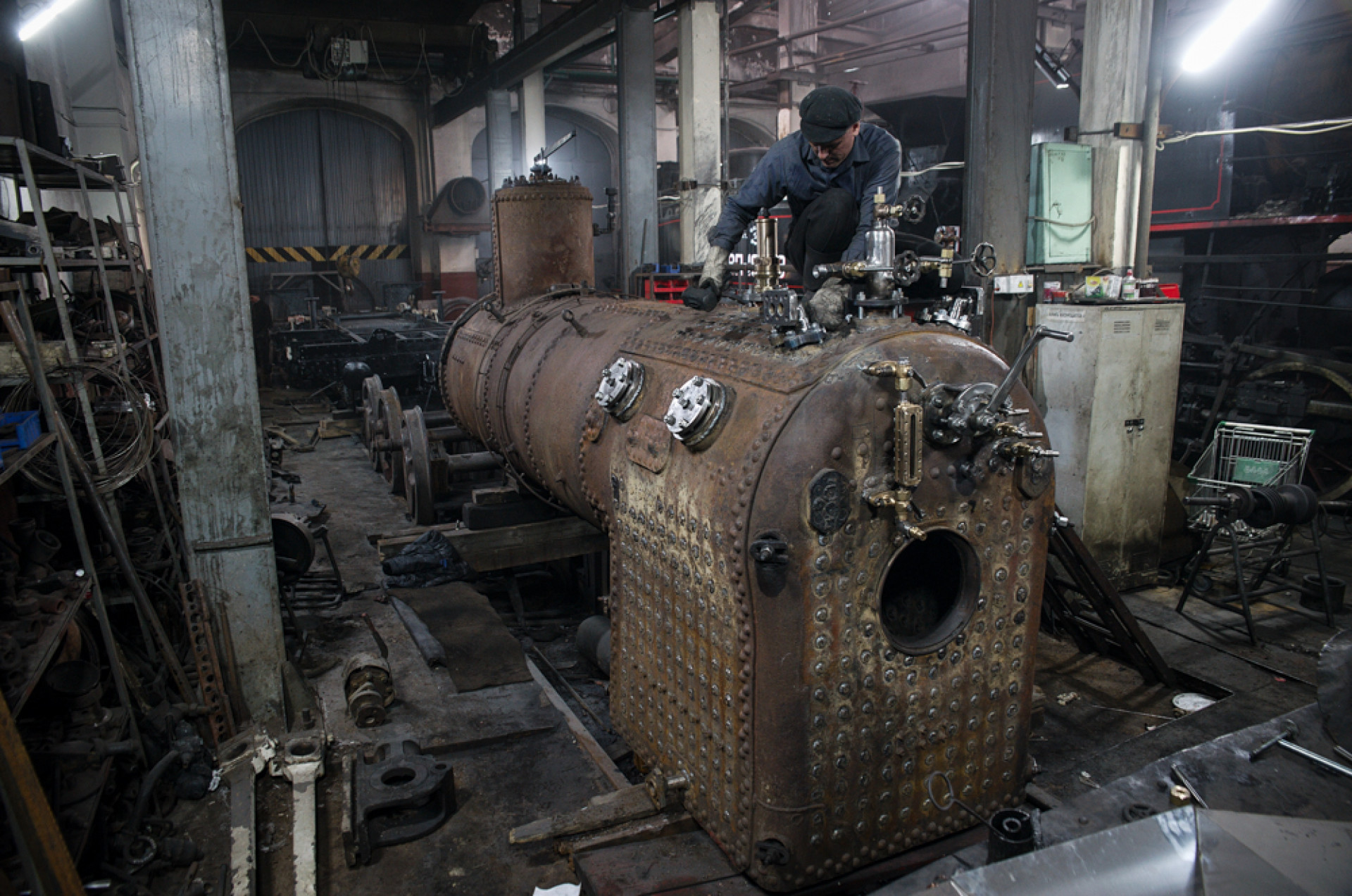 “For example, all the details and parts had been pulled off the "Soft Sign," and it was just a hunk of iron standing on the pedestal. Everything you see on top was made literally out of nothing. And it had to be finished in three months.” Denis Tarasov 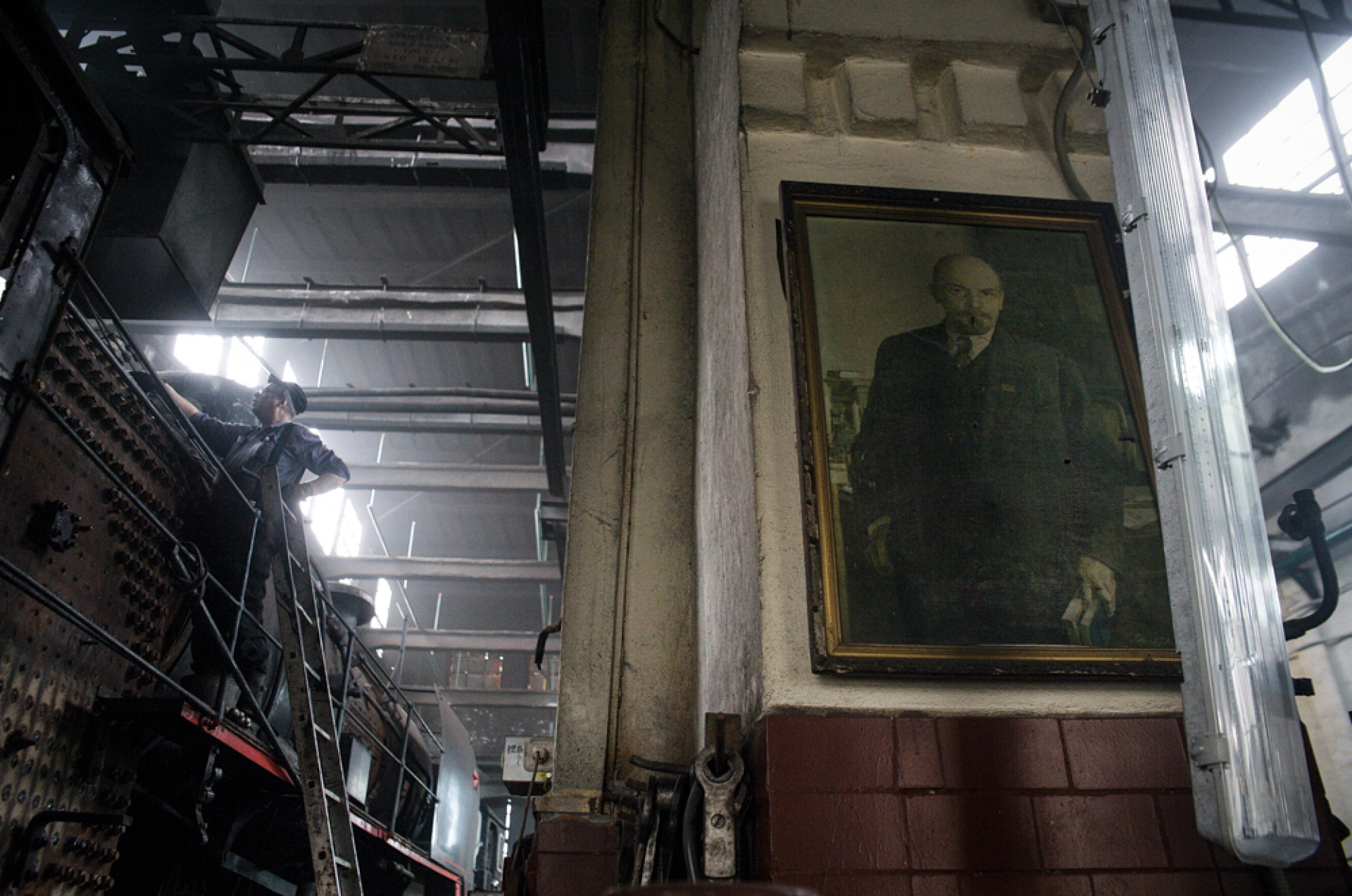 “After the locomotive is restored, it will go to Moscow to be a celebrity-for-hire. It will be used in movies and haul the big bosses on holidays, and so on.” Denis Tarasov 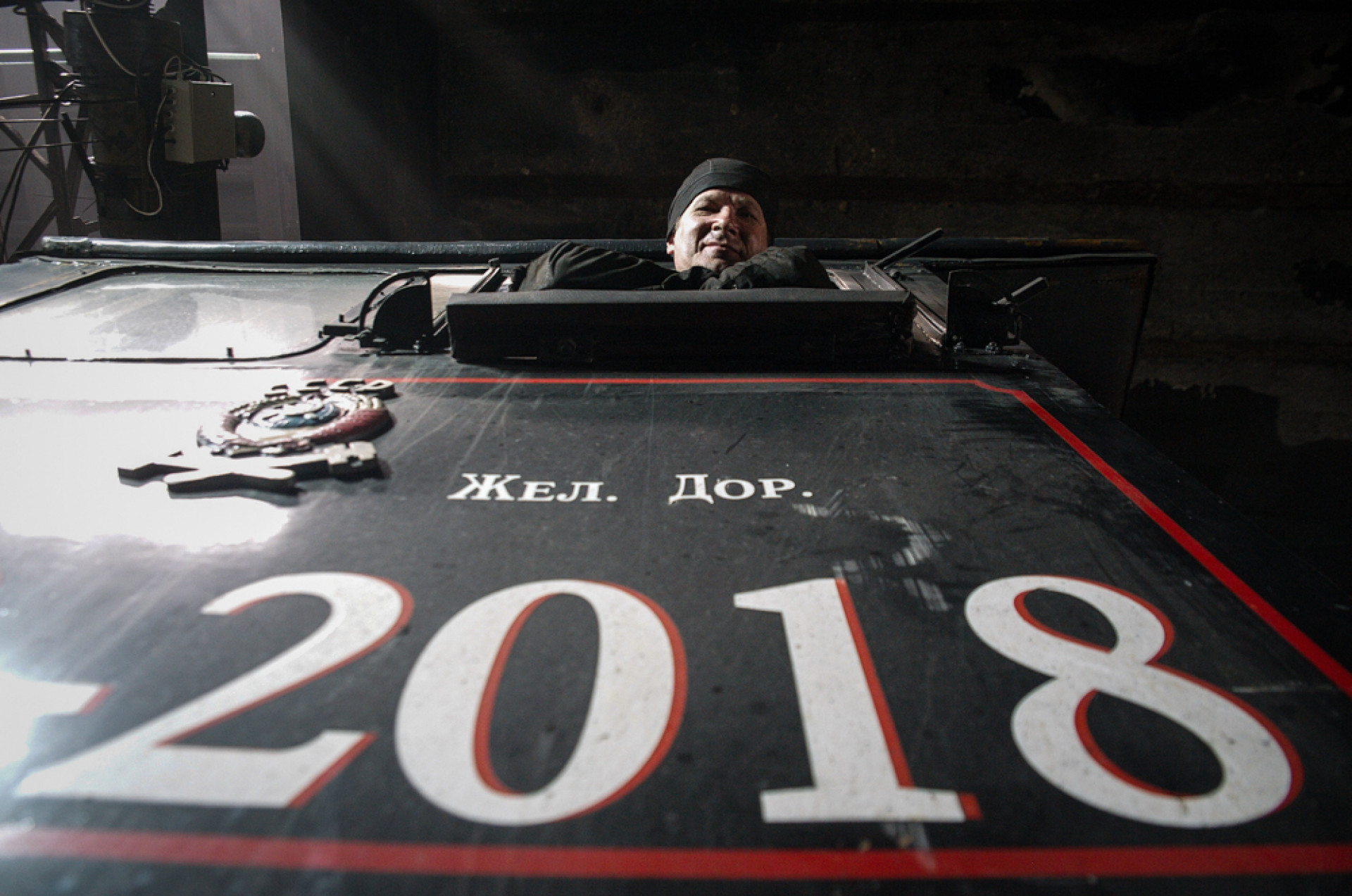 “A coal-fueled locomotive usually has a three-person team: the machinist, the machinist’s assistant, and the stoker. But the stoker’s pay is so low that no one wants to take the job. So the team consists of a machinist and two assistants on most trains.” Denis Tarasov 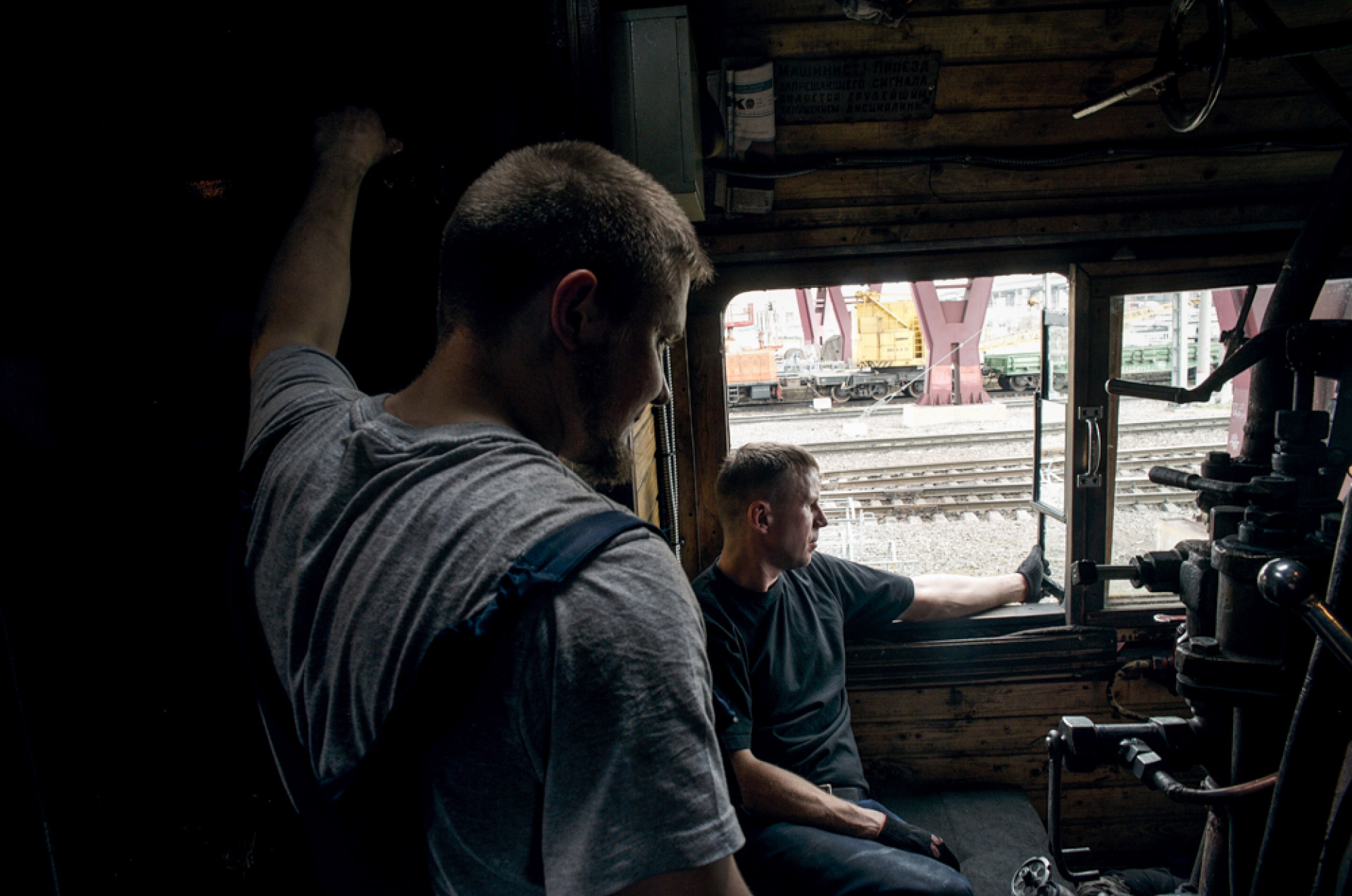 The depot has two Soviet long-distance steam locomotives of the SO series (Sergo Ordzhonikidze), produced from the mid-1930s to the late 1950s. According to the story of a mechanic working under Alexei, it was assumed that a stoker — a device that automatically fed coal into the furnace — would be built in. So a fire hole was made. And since there would be automatic coal feeding, the furnaces were huge. Denis Tarasov 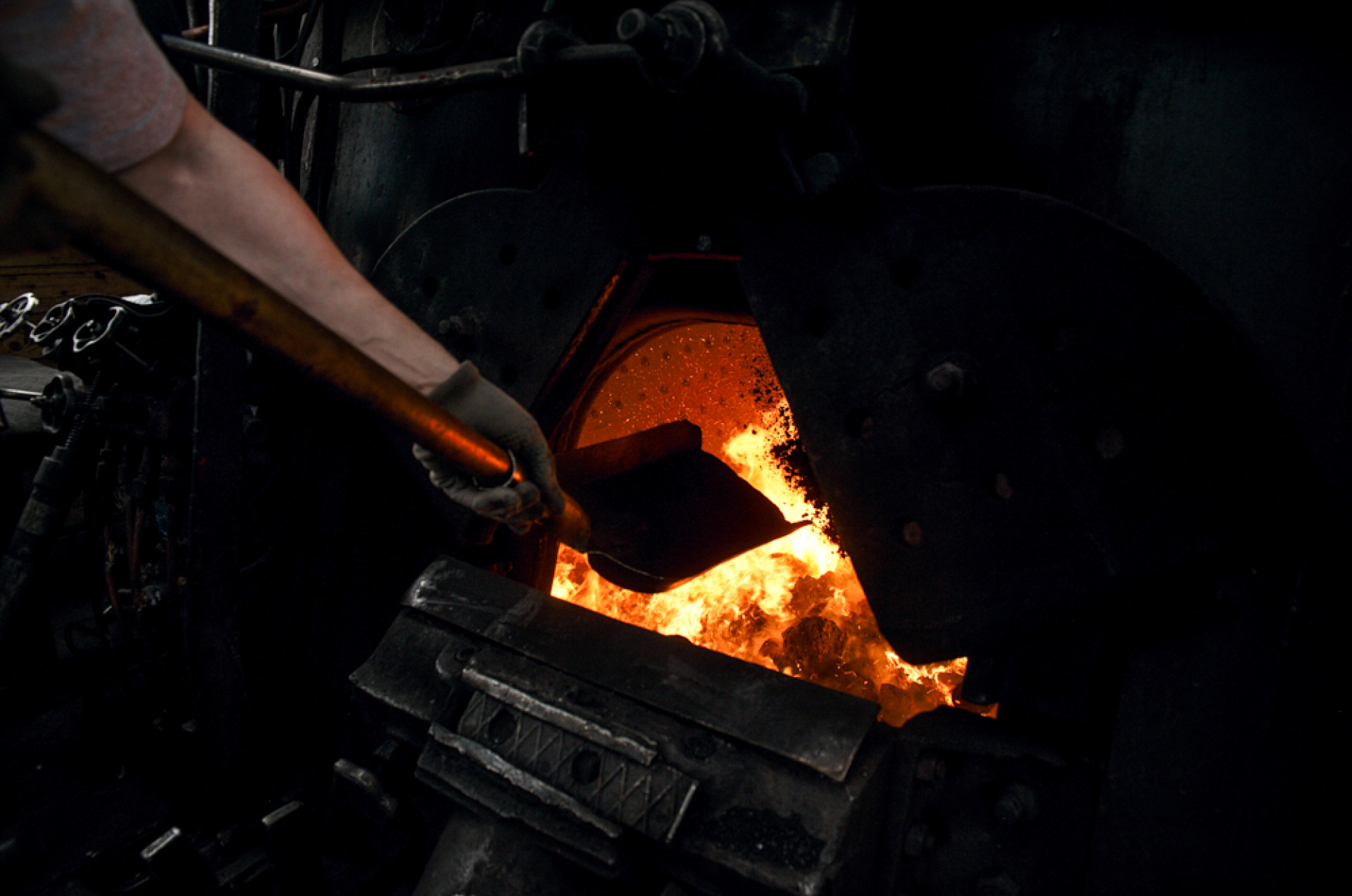 Legend has it that the People's Railway Commissar, Lazar Kaganovich, said: "Why do we need an automatic stoker? Our great strong men will shovel the coal in by hand.” And thanks to him, these locomotives with huge furnaces had to be filled by hand. Because the stoker and his helper had to work so hard, this series of locomotives was called the “Crematorium” by crews. Denis Tarasov

The St. Petersburg-Moscow Classification Yard Depot is one of the few railroad yards in Russia where steam locomotives from the early and mid-20th century are still in operation and restored from scratch.

St. Petersburg-based photographer Denis Tarasov came to the Obukhovo station on a steam locomotive built in 1955 with a three-person locomotive crew to photograph their work and ask machinist Pavel, the brigade’s senior member, about the old engines. Pavel has worked at the depot for 35 years.