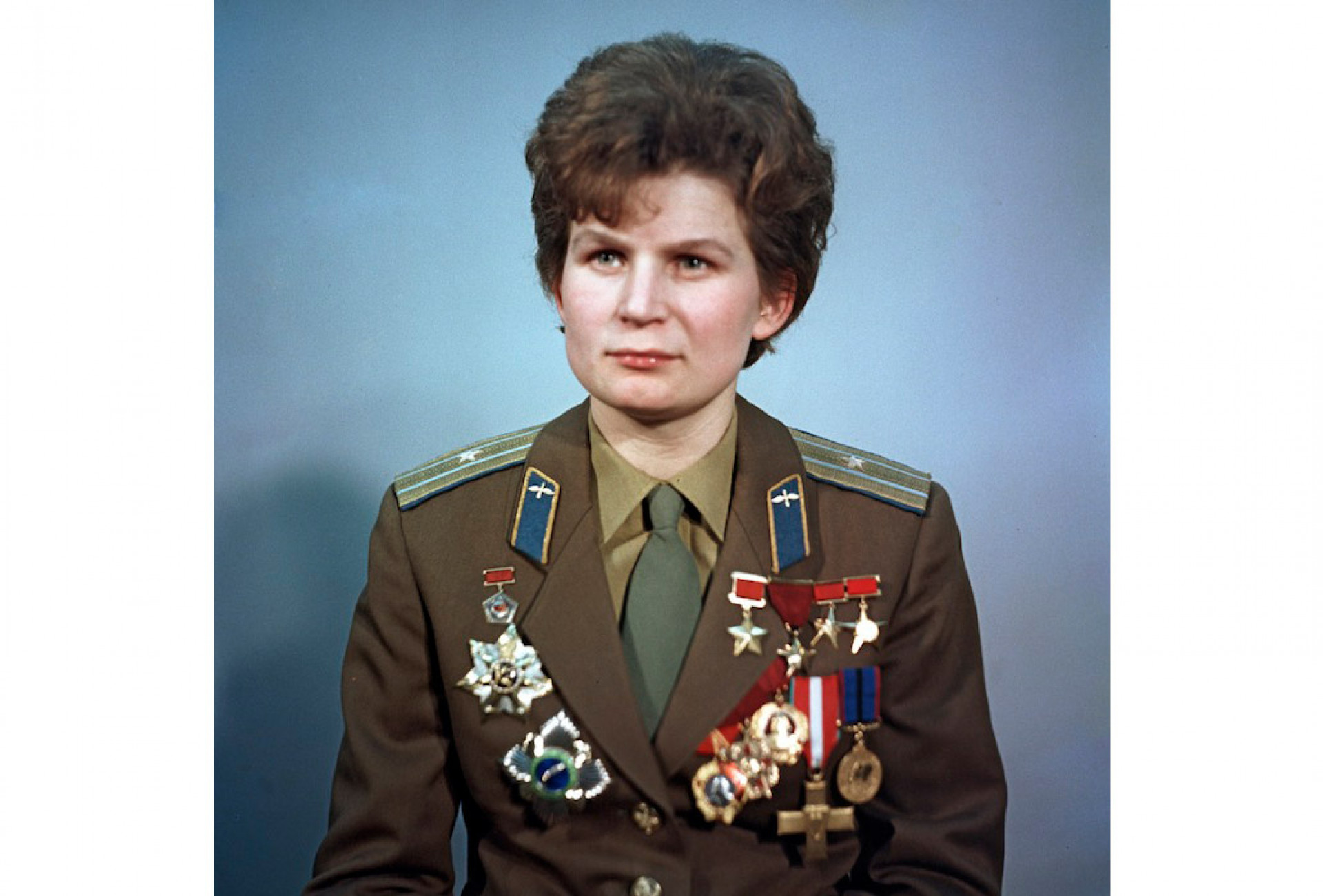 Valentina Tereshkova in uniform. She was a major in the Soviet Air Force. Alexander Mokletsov / RIA Novosti

Many references state that this photograph is of cosmonauts Valentina Tereshkova (R) and Tatiana Kuznetsova during Vostok landing tests. Both were selected for the Soviet space program in 1962, but only Tereshkova was assigned to a spaceflight. However, in a 2005 interview, Tereshkova disputed this description. Her recollection is that the other person in the picture was a parachutist medic and not Kuznetsova. NASA 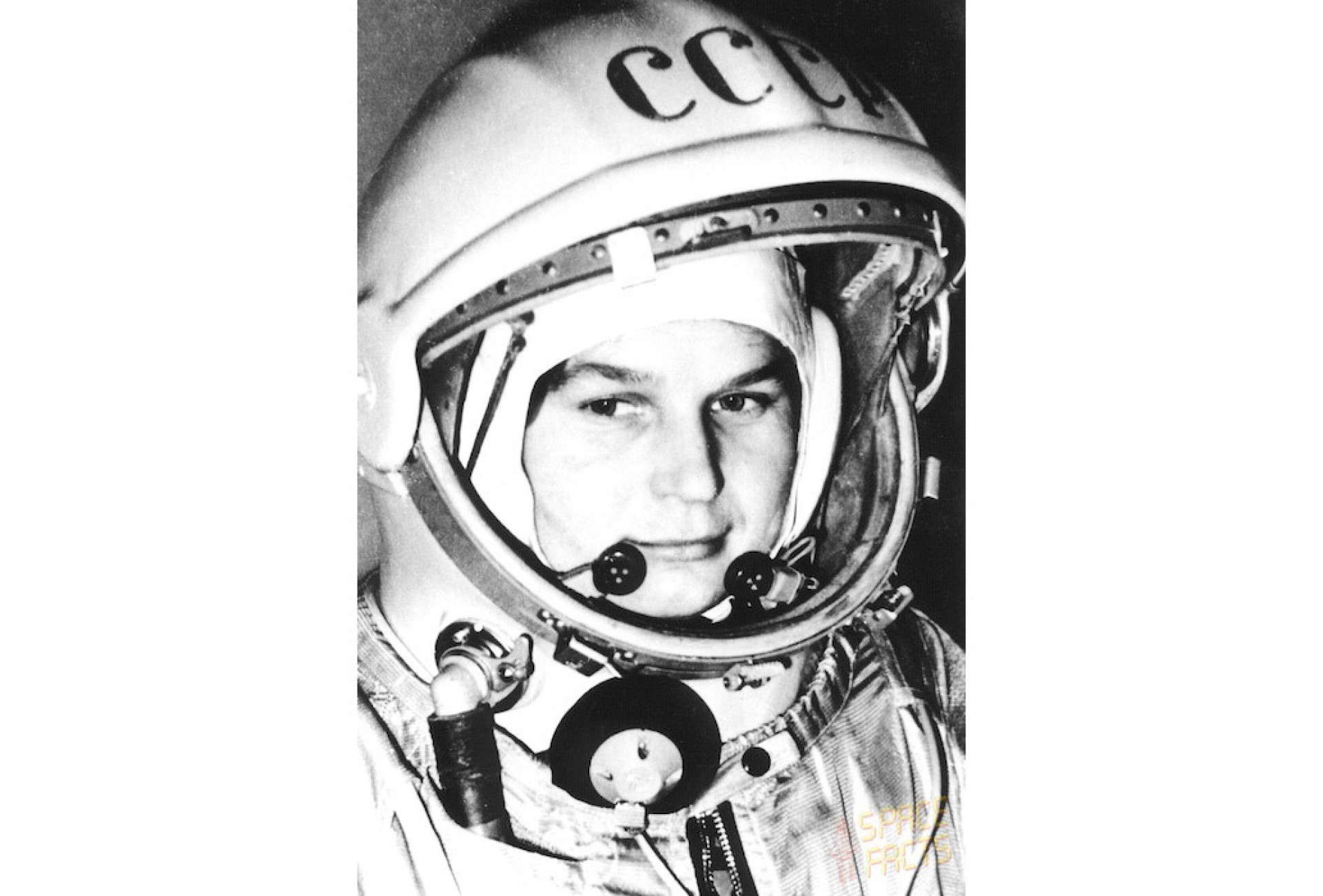 Valentina Tereshkova preparing for her first spaceflight on June 16, 1963. ESA 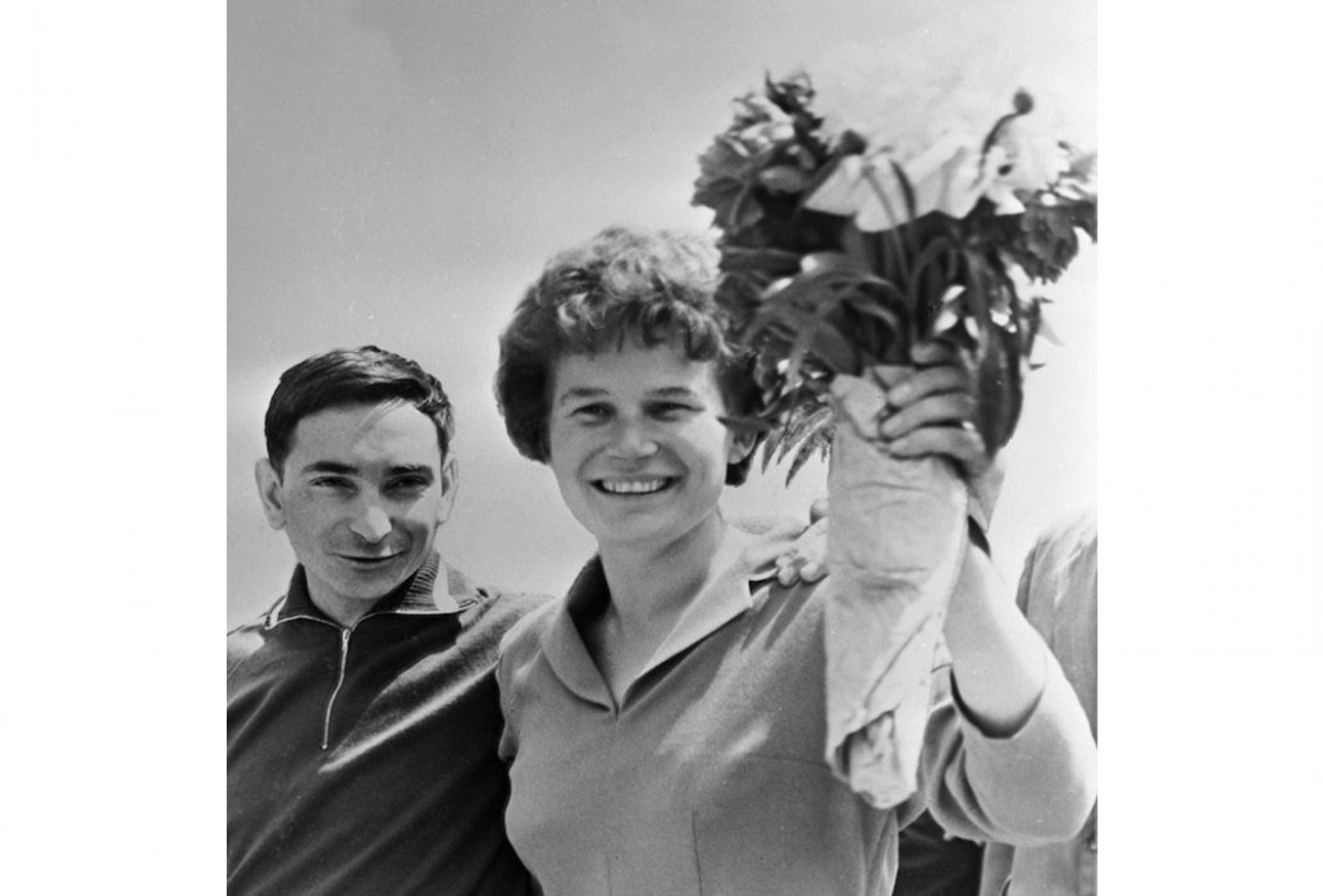 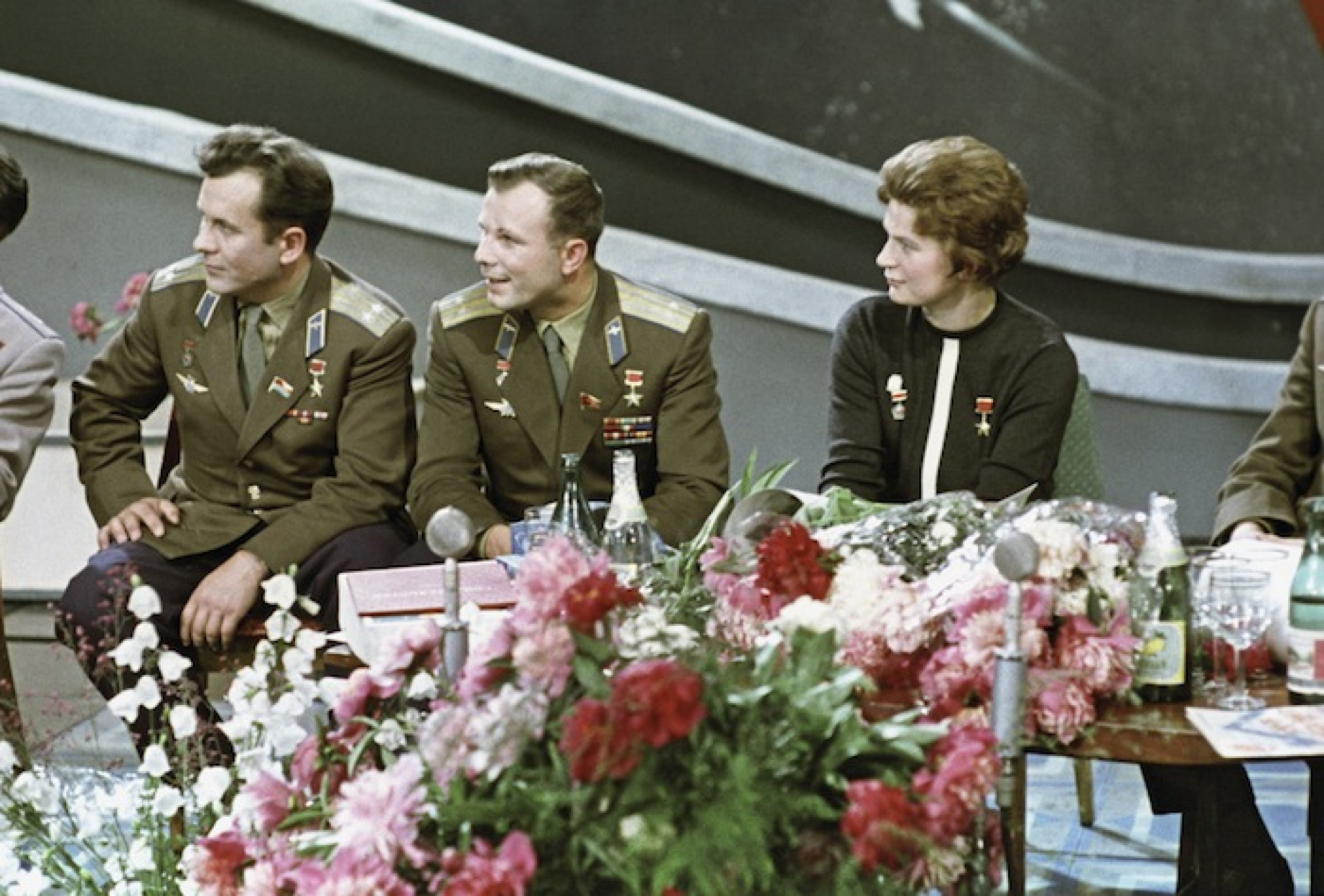 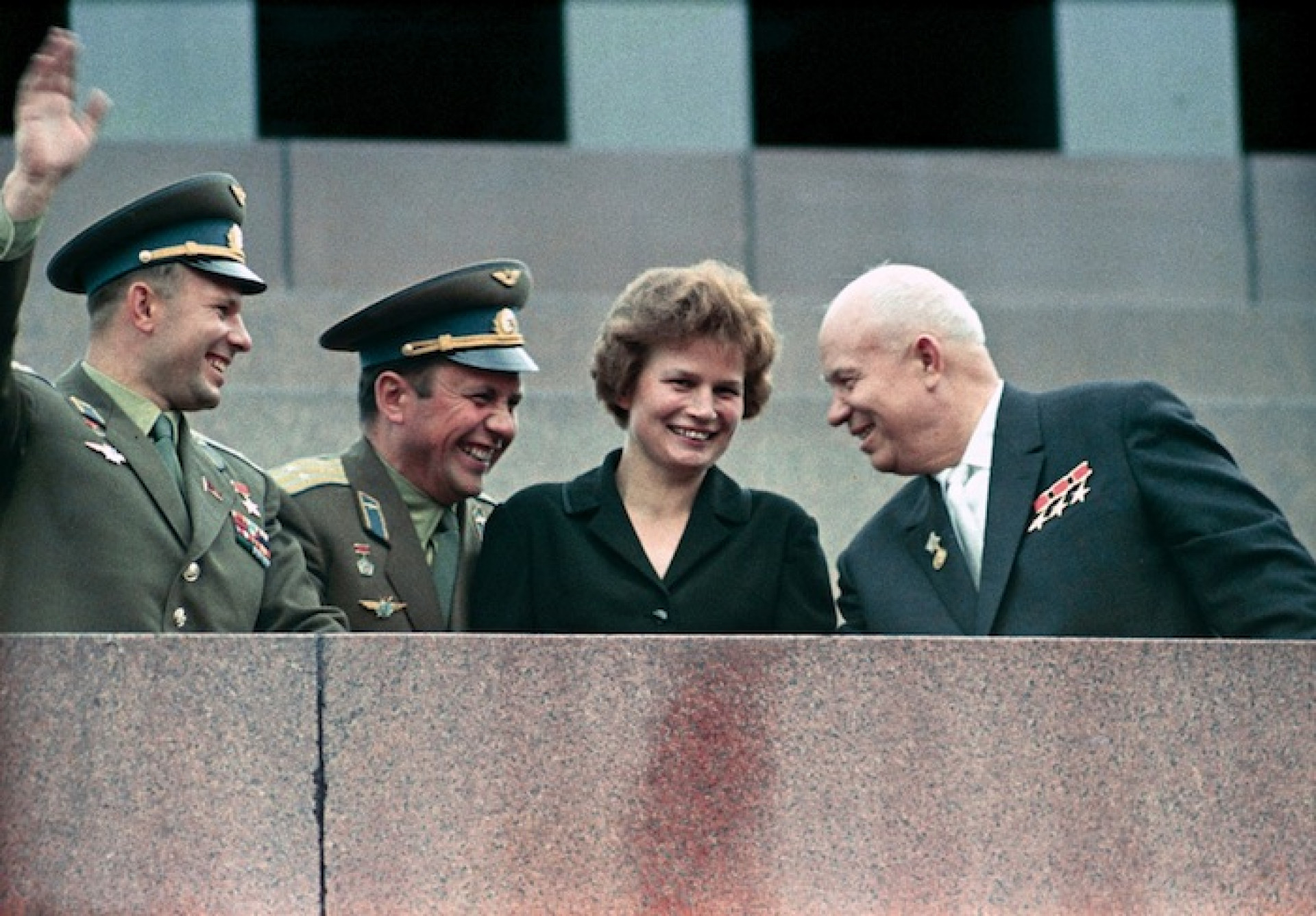 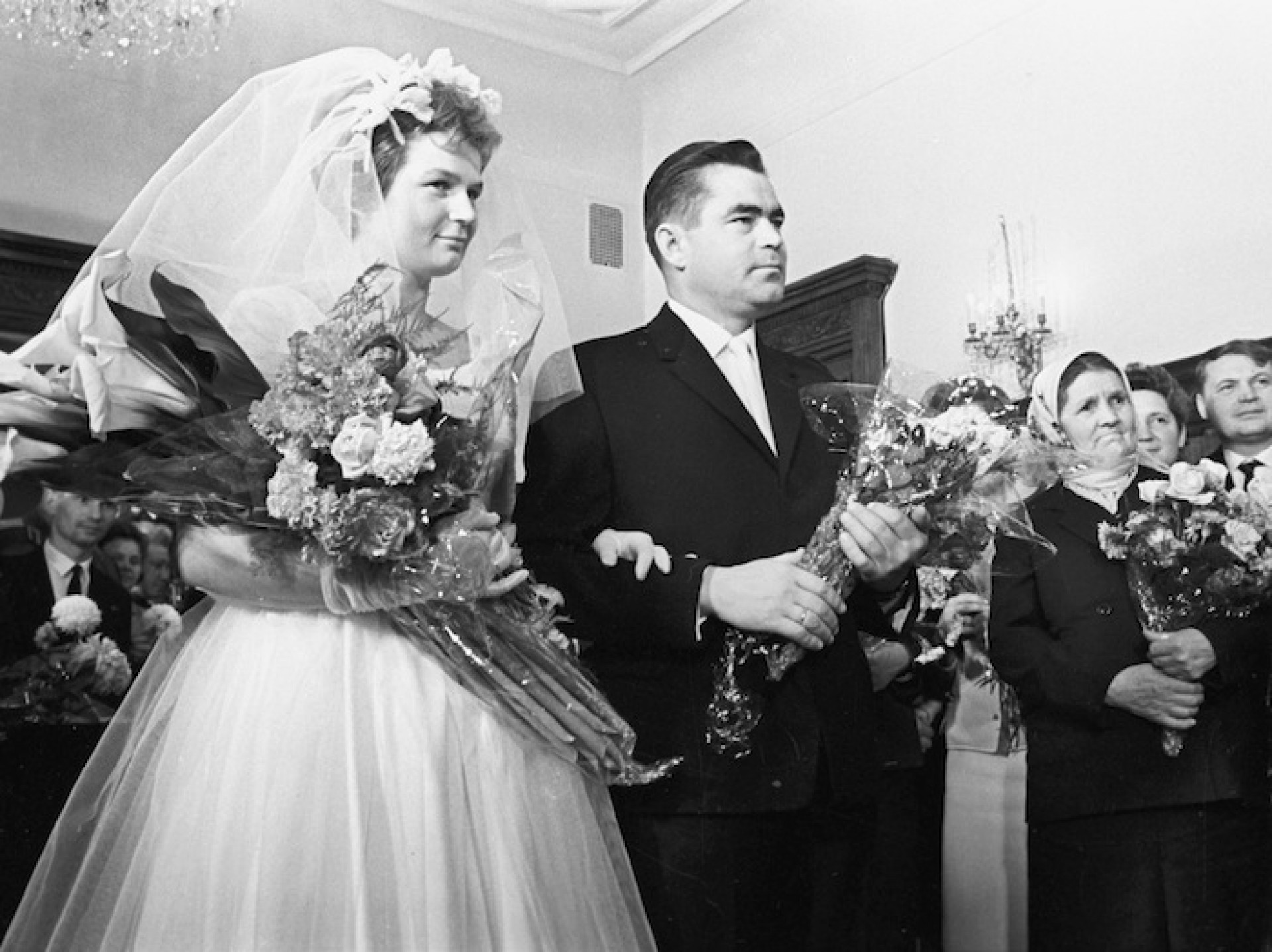 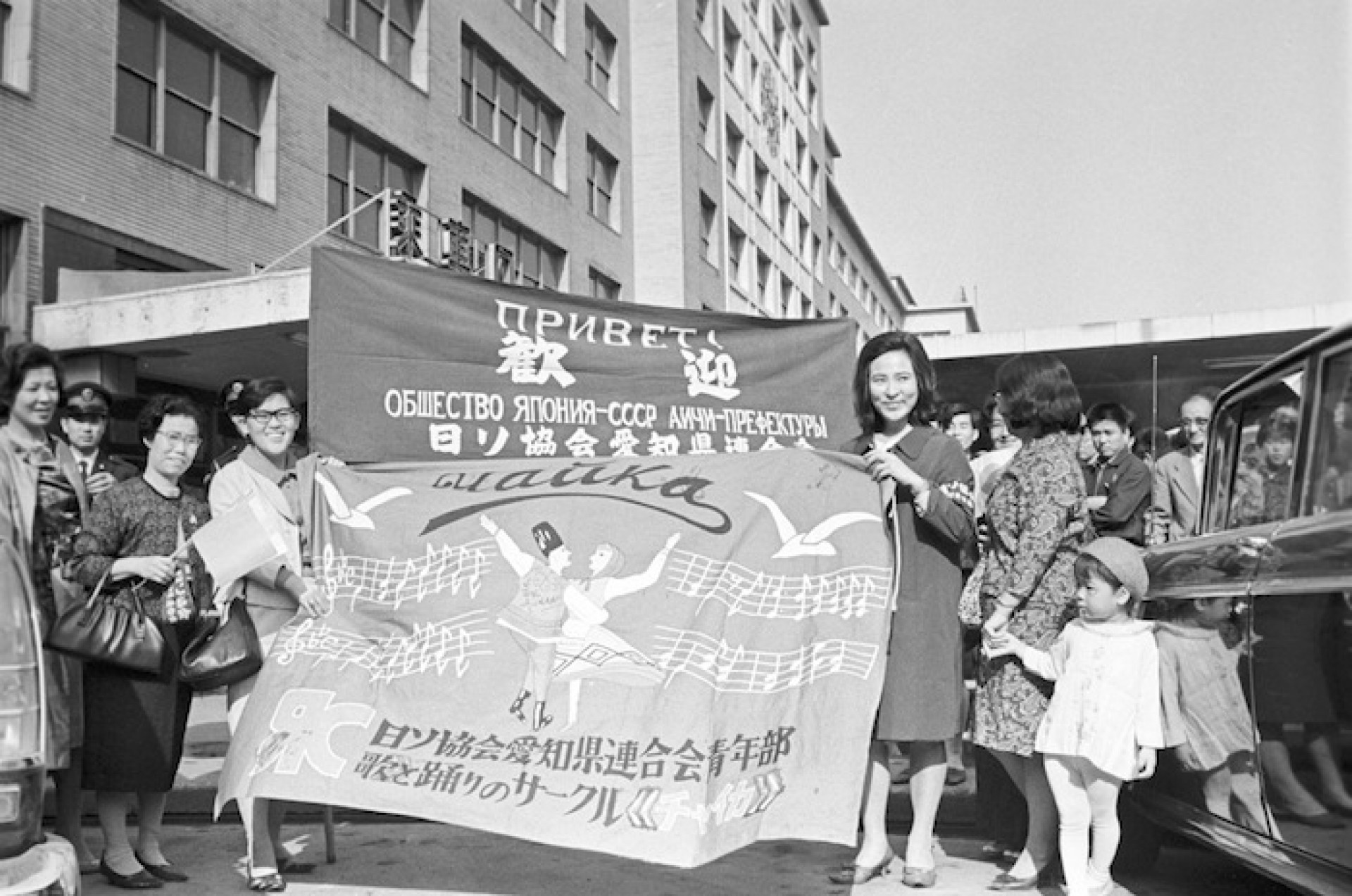 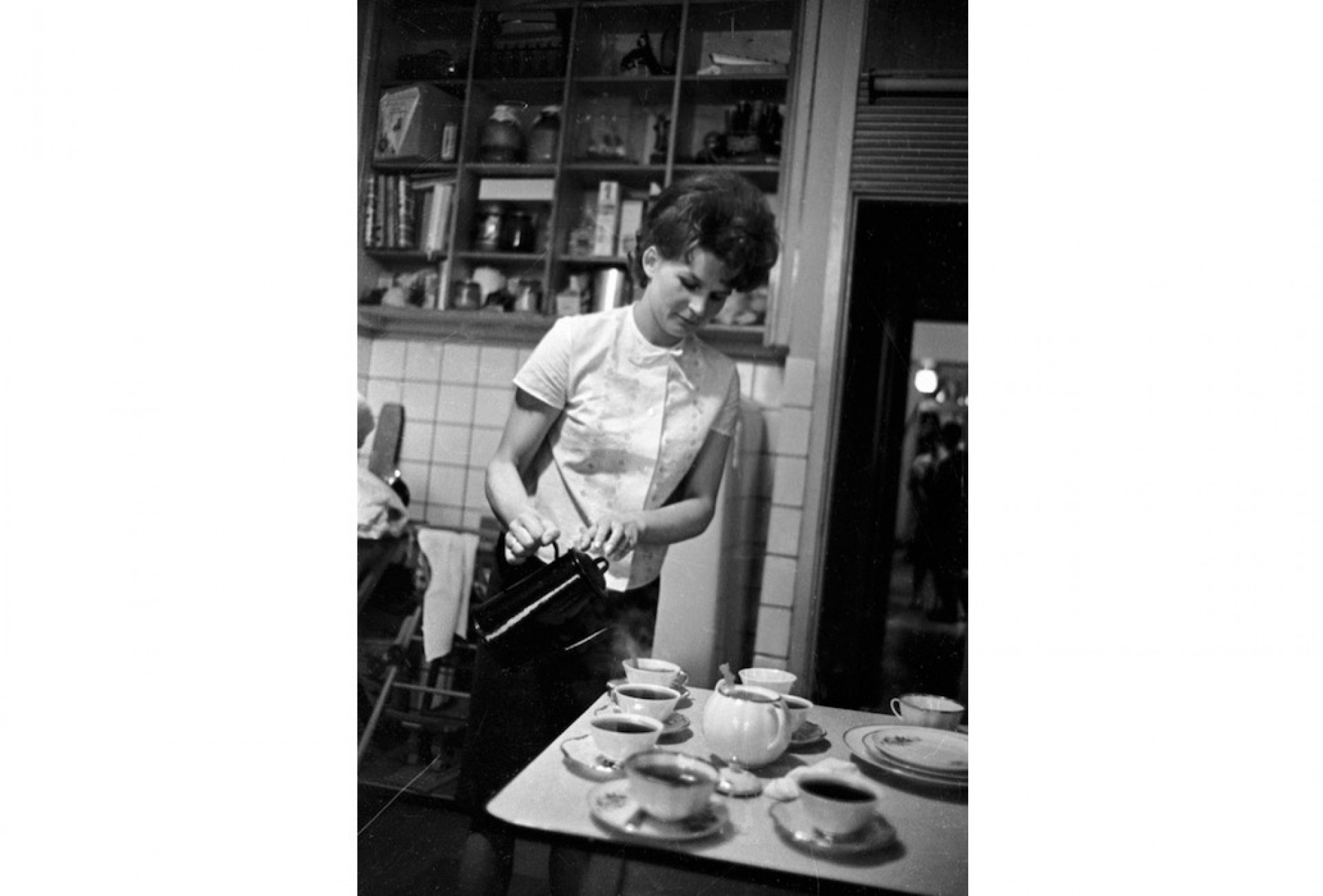 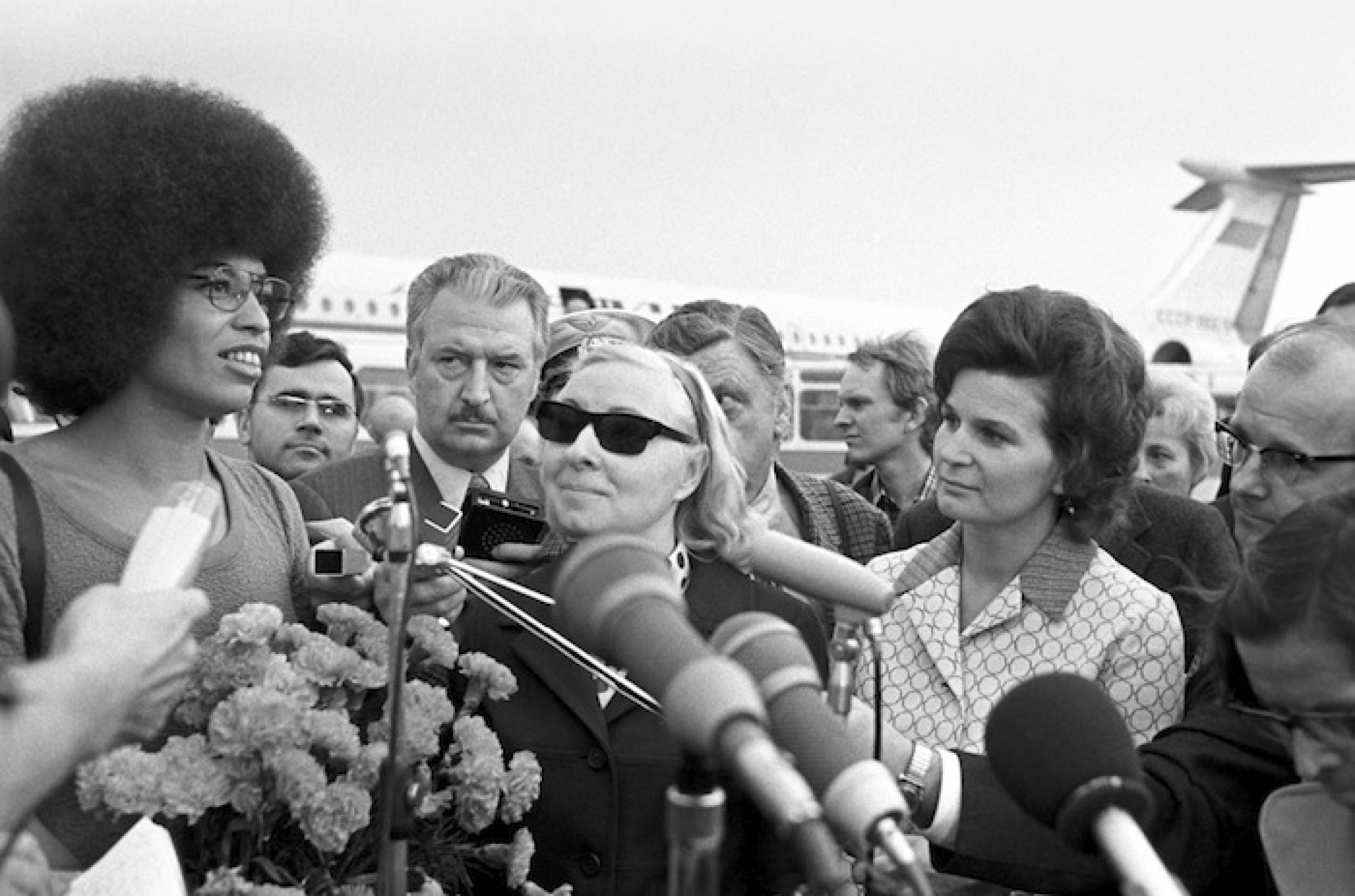 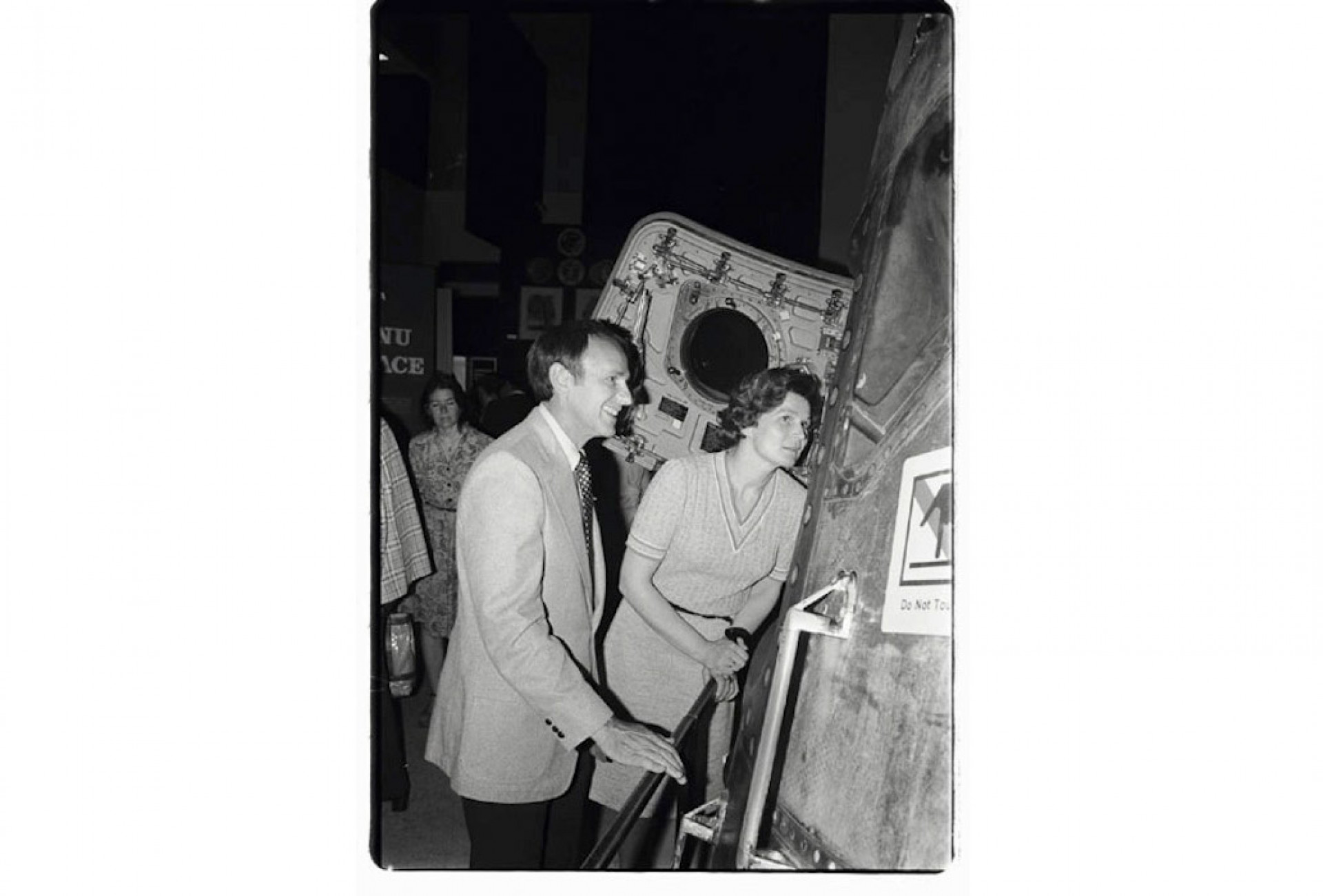 Valentina Tereshkova looks at the Apollo Command Module during a tour of the Johnson Space Center in 1977. NASA 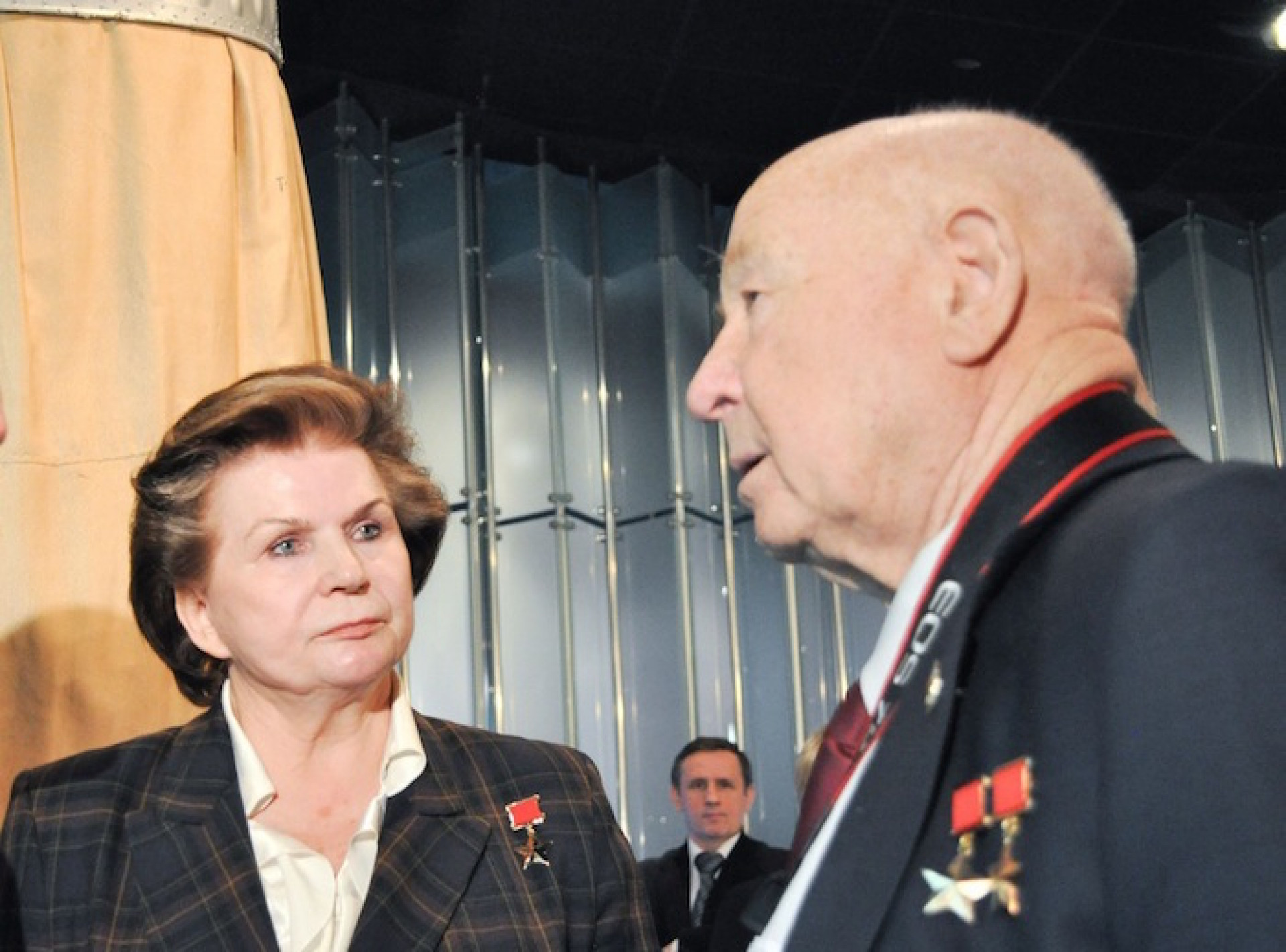 Valentina Tereshkova and former cosmonaut Alexei Leonov, the first human to walk in space, greet one another during ceremonies commemorating the 50th anniversary of the launch of Yuri Gagarin at the Cosmonautics Museum in Moscow, Apr. 11, 2011. NASA 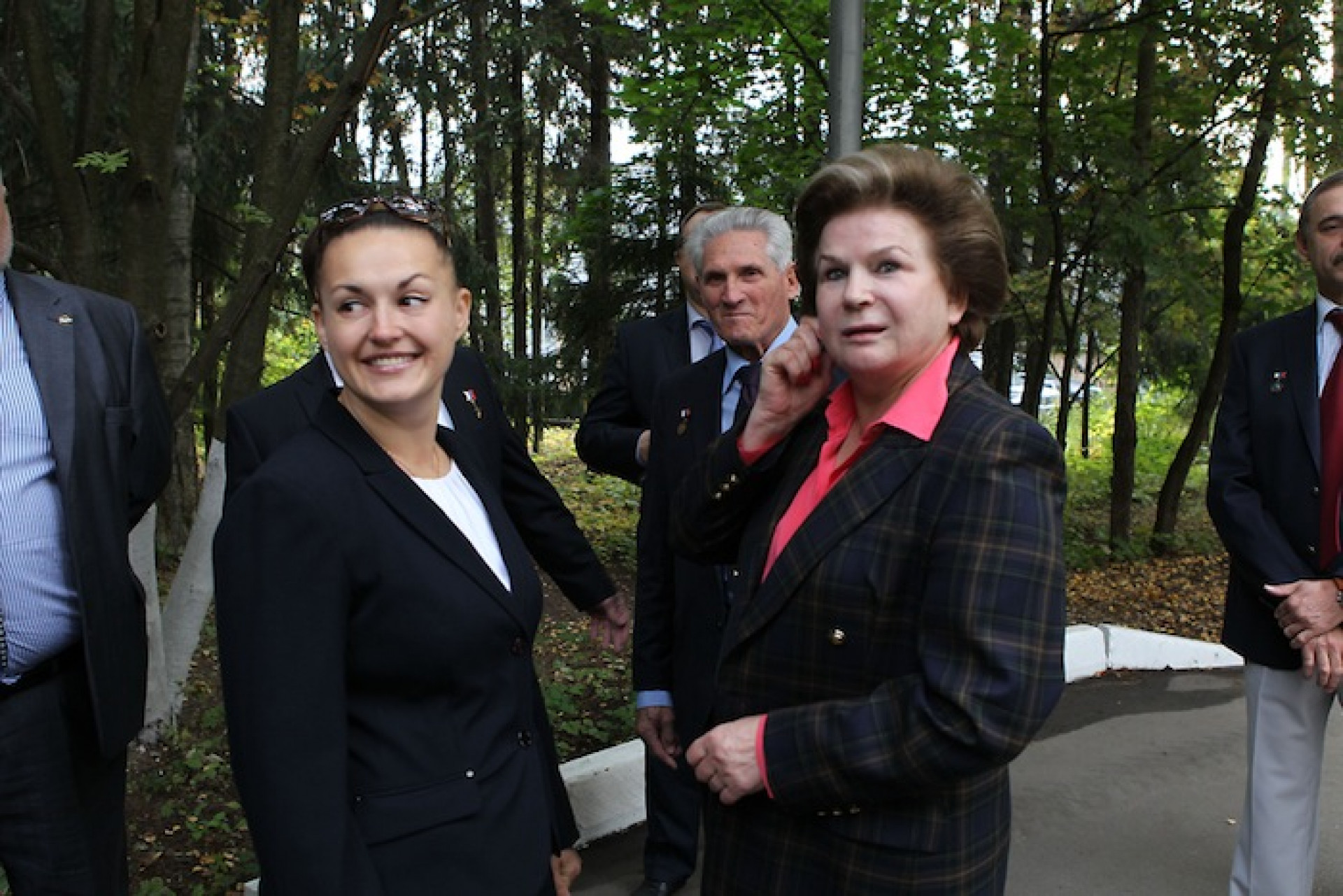 Here are some of the seminal moments of her life.