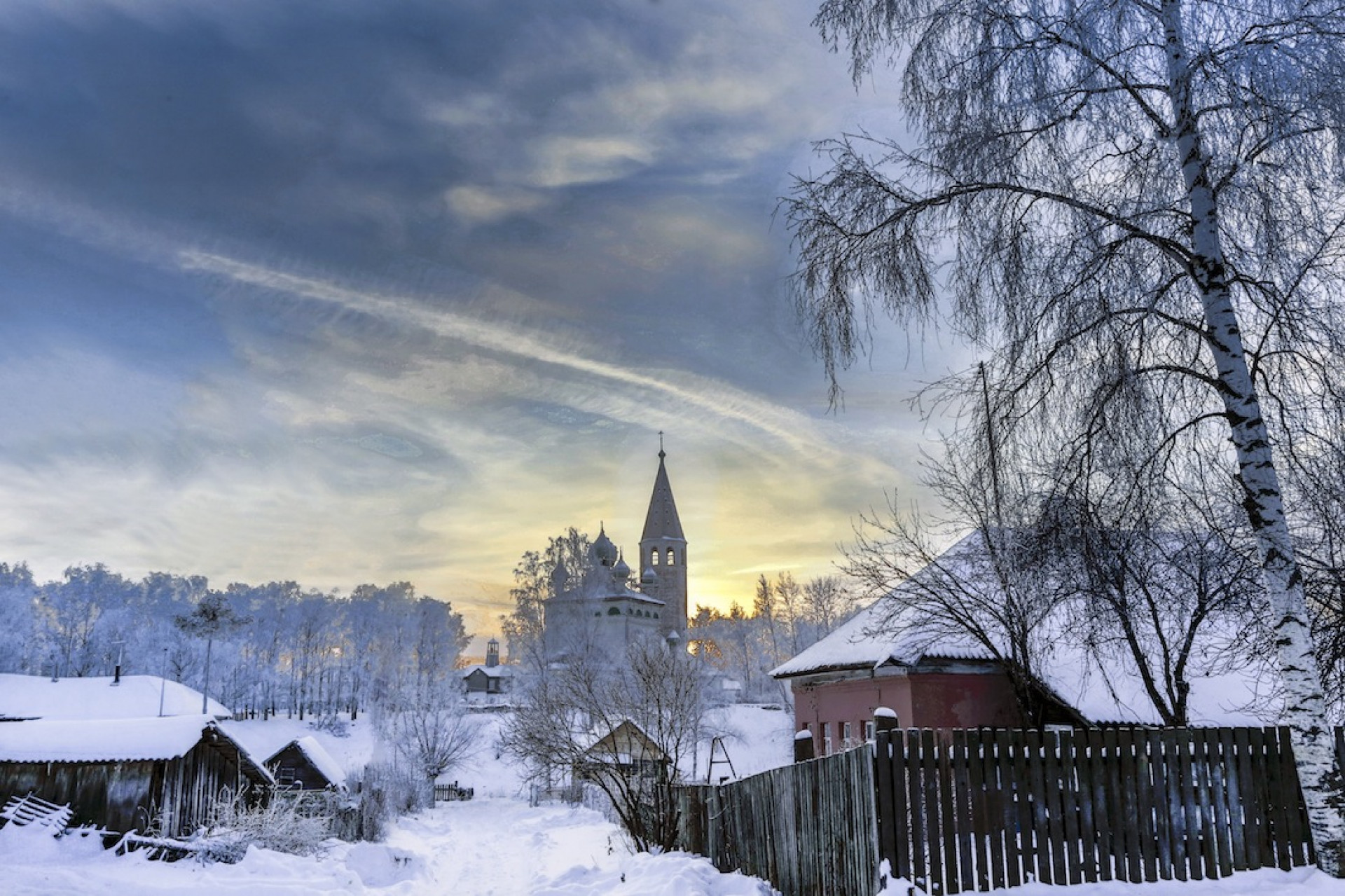 Founded in 1502, Vyatskoye selo (the village of Vyatskoye) is situated in the Yaroslavl region. The village has ten museums, including the Museum of Love Stories and the Museum of Angels, and many historical monuments. In 2015, this was named Russia’s most beautiful village. TASS 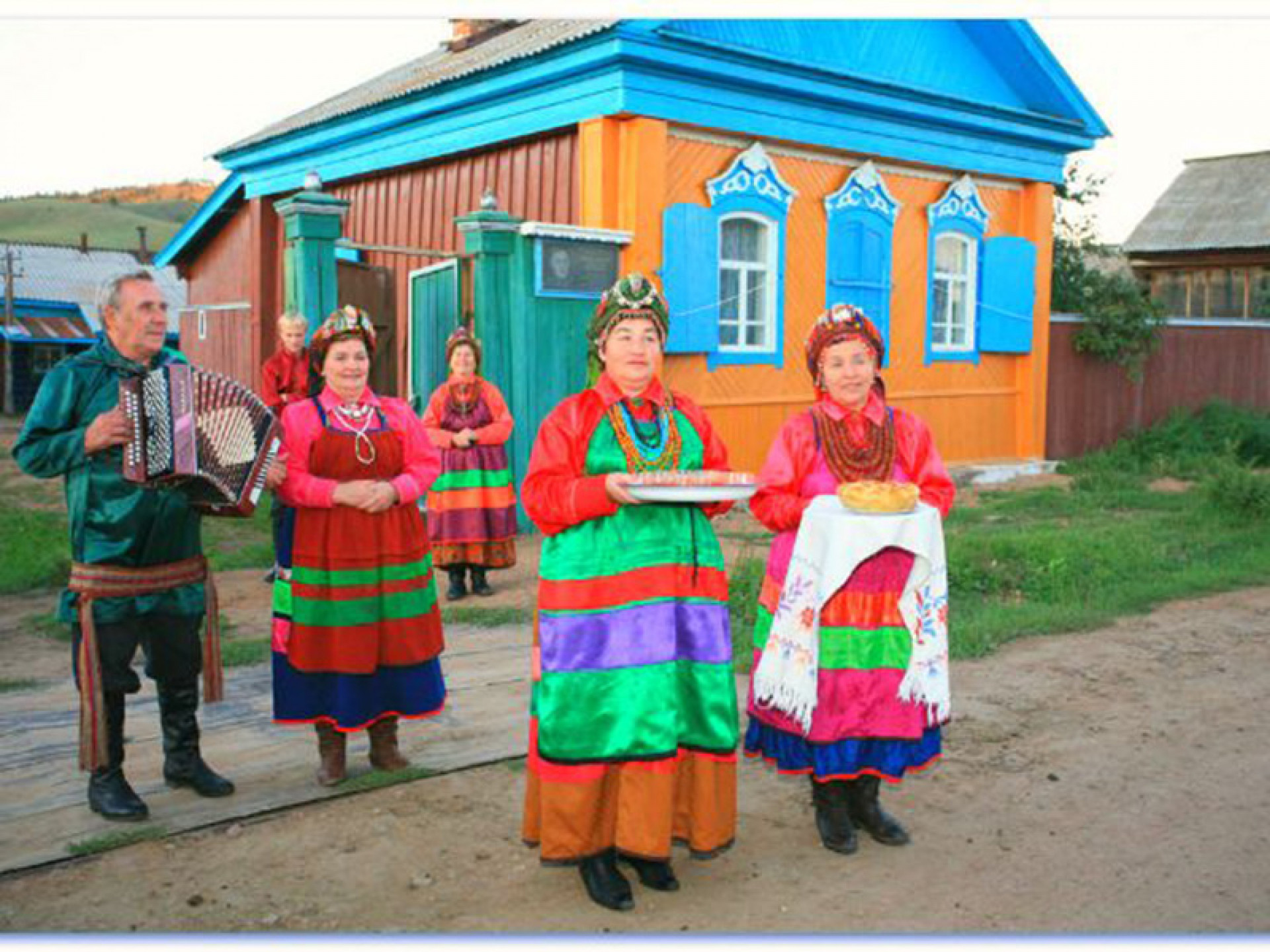 In the Buryat village of Desyatnikovo, which has only five streets, you can find old peasants’ houses built more than 200 years ago. Surrounded by Siberian forests, the village has all the bright colors of an old Russian painting. krasaderevni.ru 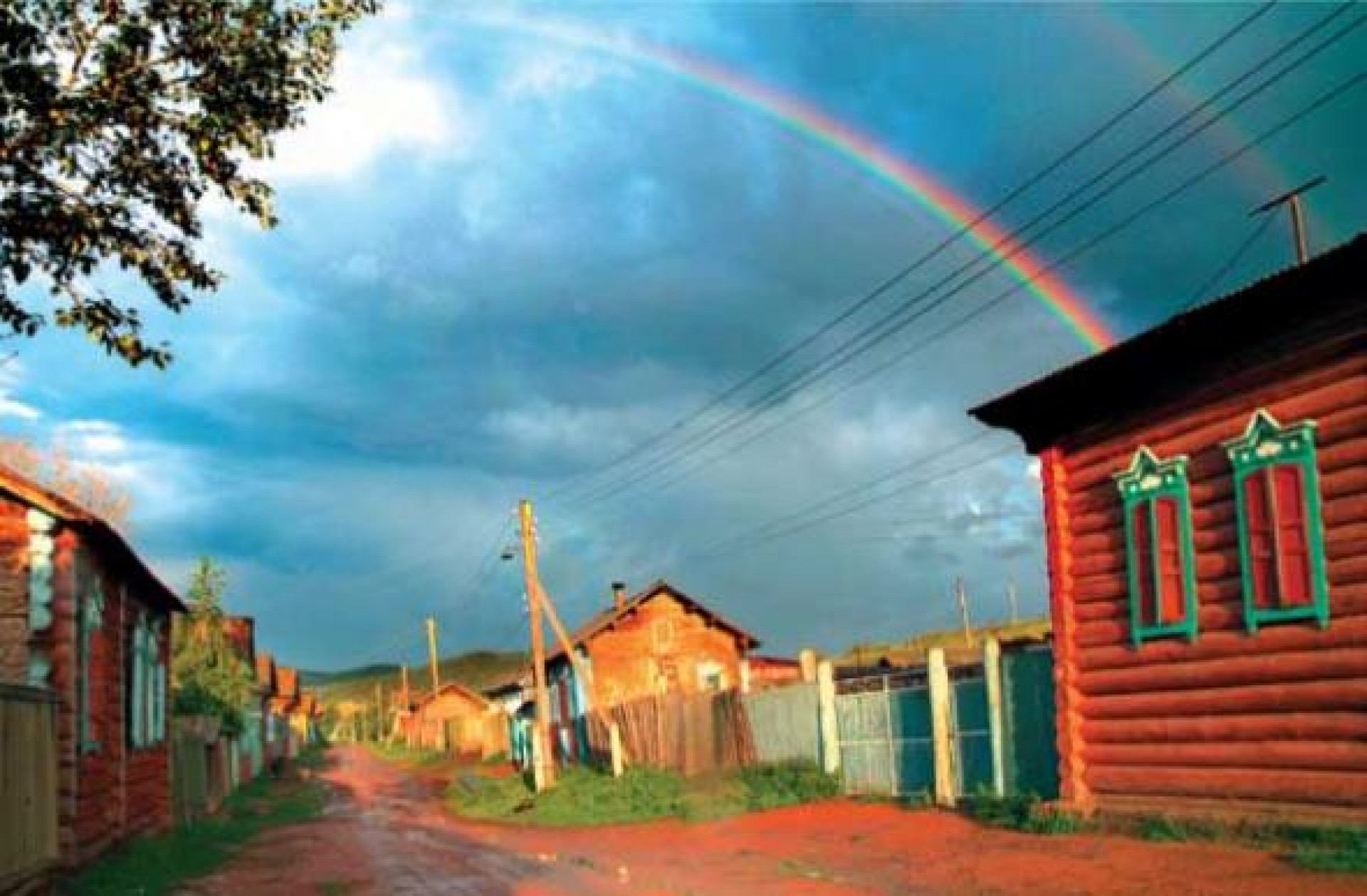 Like Desyatnikovo, Bolshoi Kunalei is situated in Buryatia and was founded in the mid-eighteenth century. Today, there are about 1,000 people living here, where Siberian traditions and culture are still commonly observed. uutravel.ru 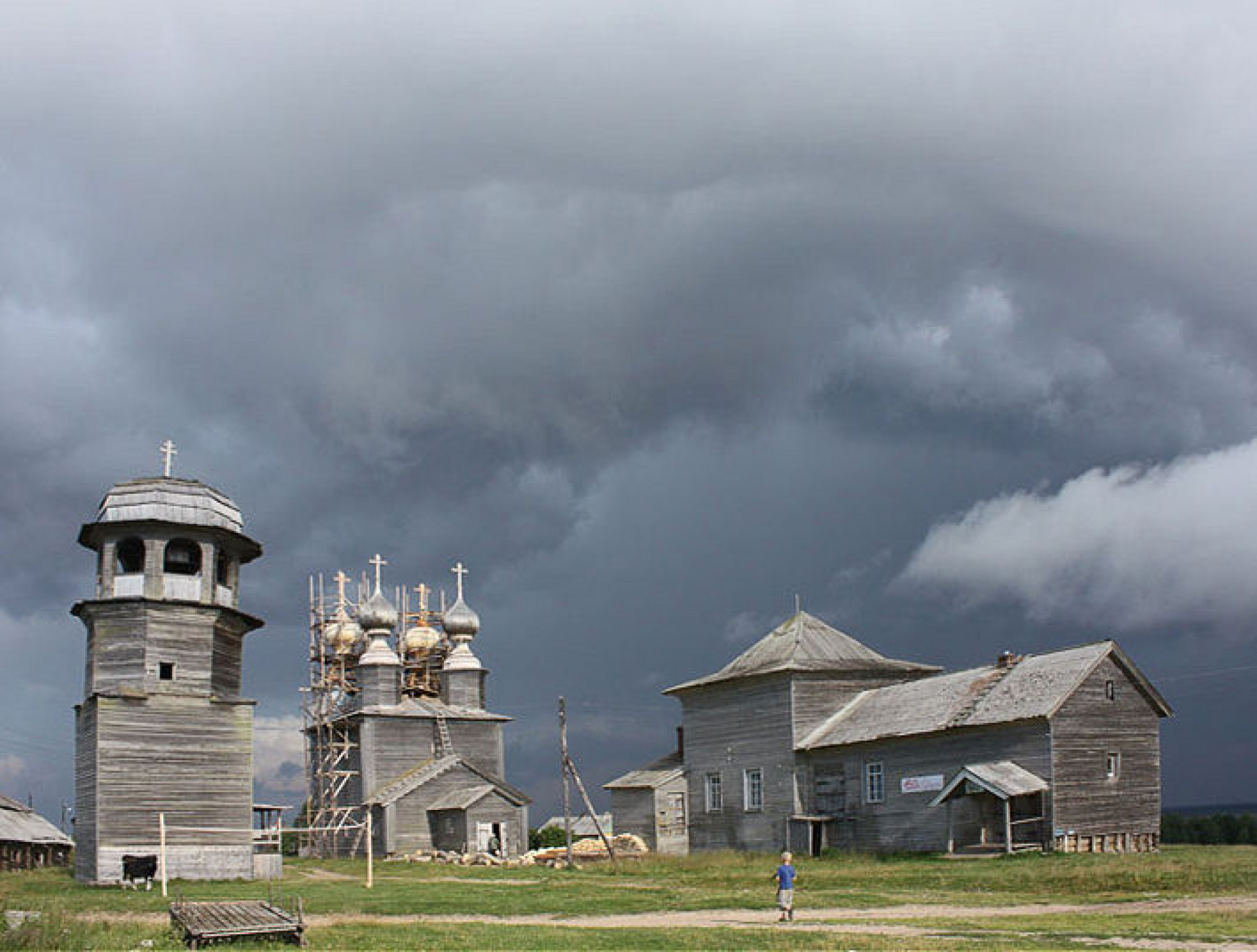 Vorzogory is in the Archangelsk region, situated on the shores of the White Sea. The first mentions of this village date back to 1559. Famous for its shipbuilders, local craftsmen constructed wooden sea vessels for the monks of the Solovetsky Monastery in the sixteenth and seventeenth centuries. Taken from the language of Komi, the name “Vorzogory” means “The Untouched Forest.” pravoslavie.ru 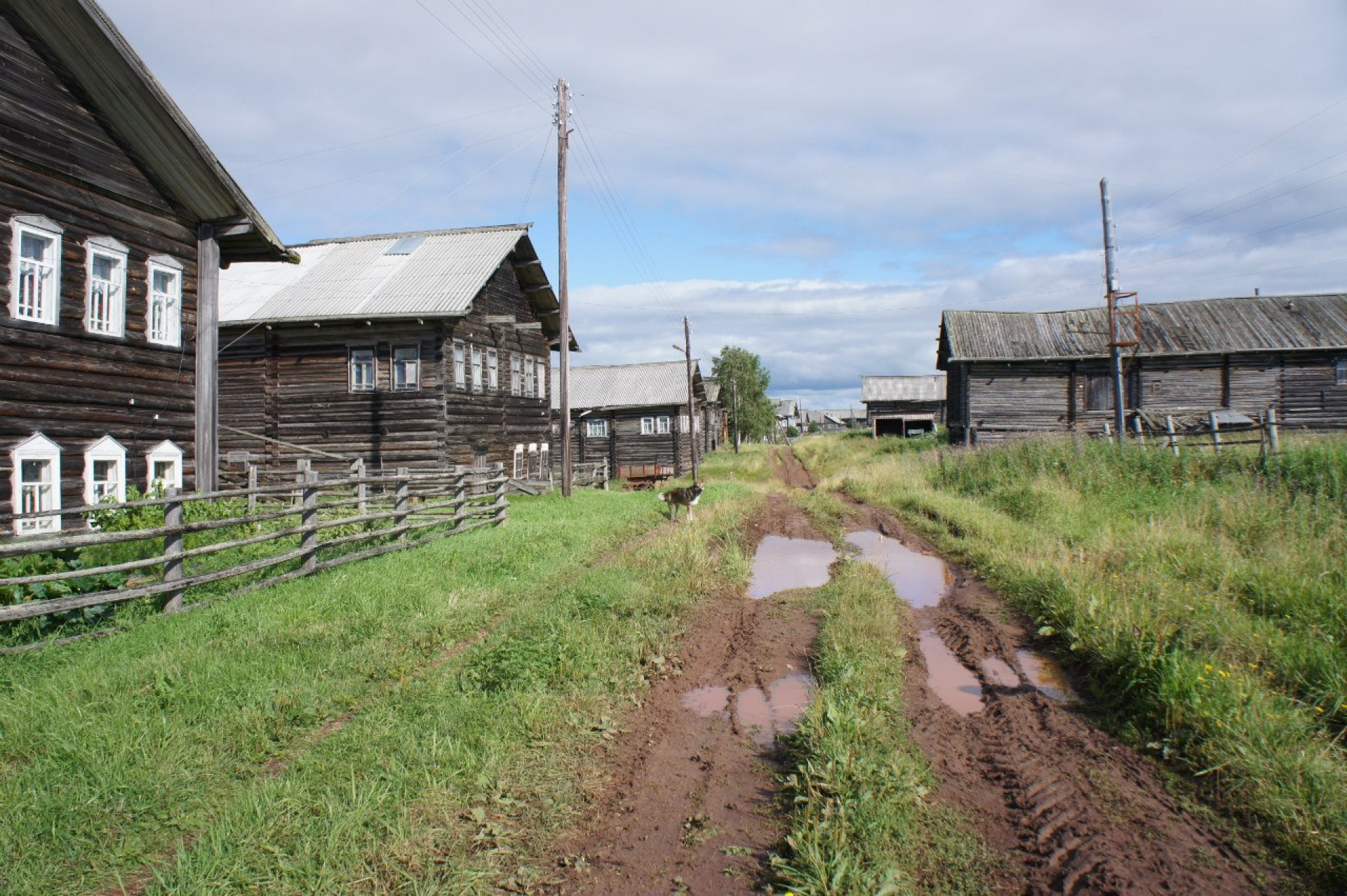 Home to fewer than 100 people, Kiltsa is famous for its “vows’ crosses,” which people wear after making a special promise. These can symbolize happy moments, like a child’s birth or recovering from an illness, or they can serve as reminders of troubled times, like floods and other disasters. Locals believed that the crosses protected them from harm. Kiltsa’s most famous cross stands at the entrance to the village. Mezensky Planner / VK 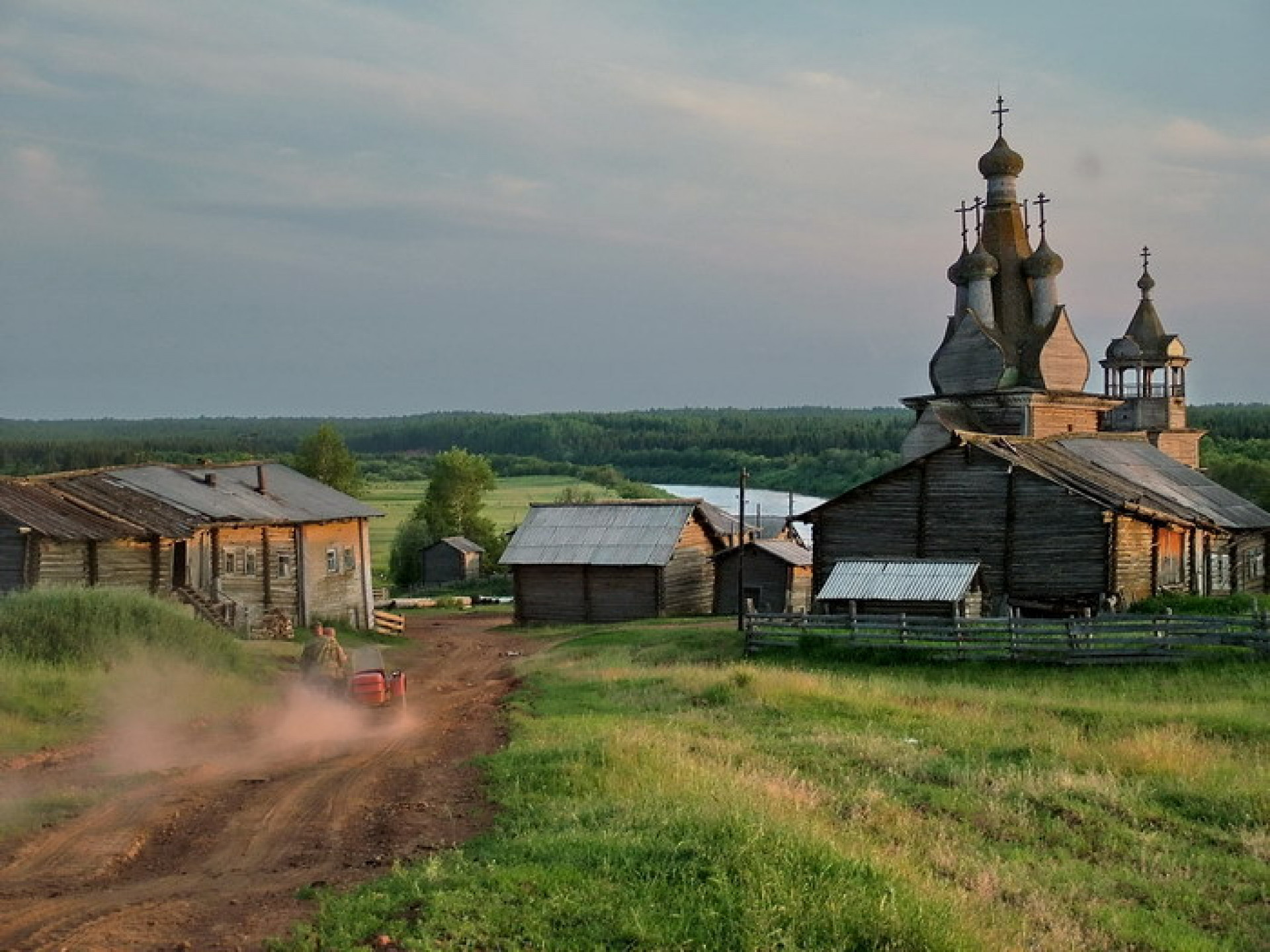 Founded in the fifteenth century, Kizhma is located on a small, steep riverbank. Kizhma is home to the world’s two northernmost mills. With help from Dutch masters, locals have even restored and repaired their internal mechanisms. slavyanskaya-kultura.ru 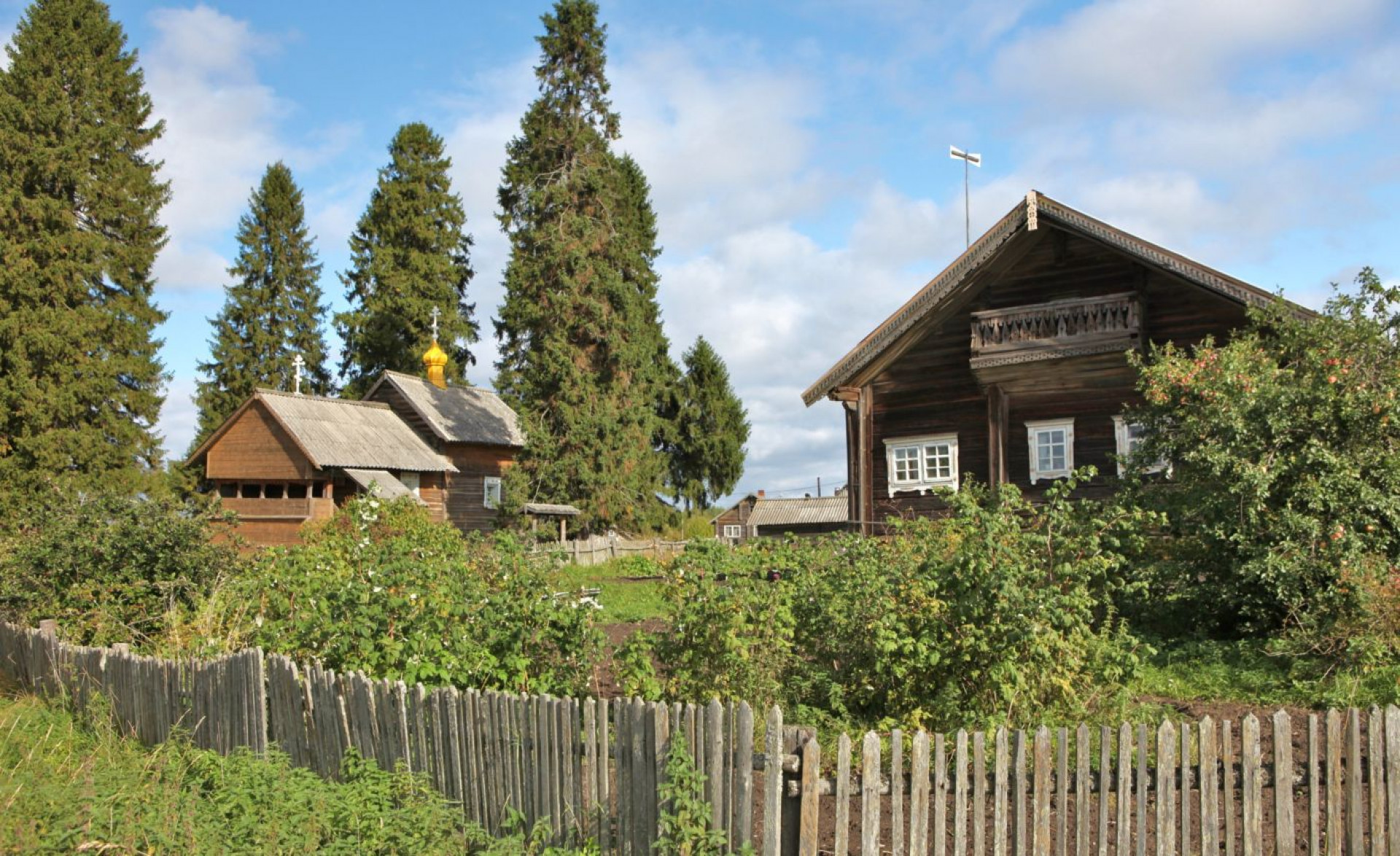 In the 453-year-old Karelian village of Kinerma, visitors can learn about Karelian culture, take part in master classes on traditional crafts, and sample the local cuisine, even learning how to prepare some dishes on their own, in special cooking seminars. Ninara / Wikicommons 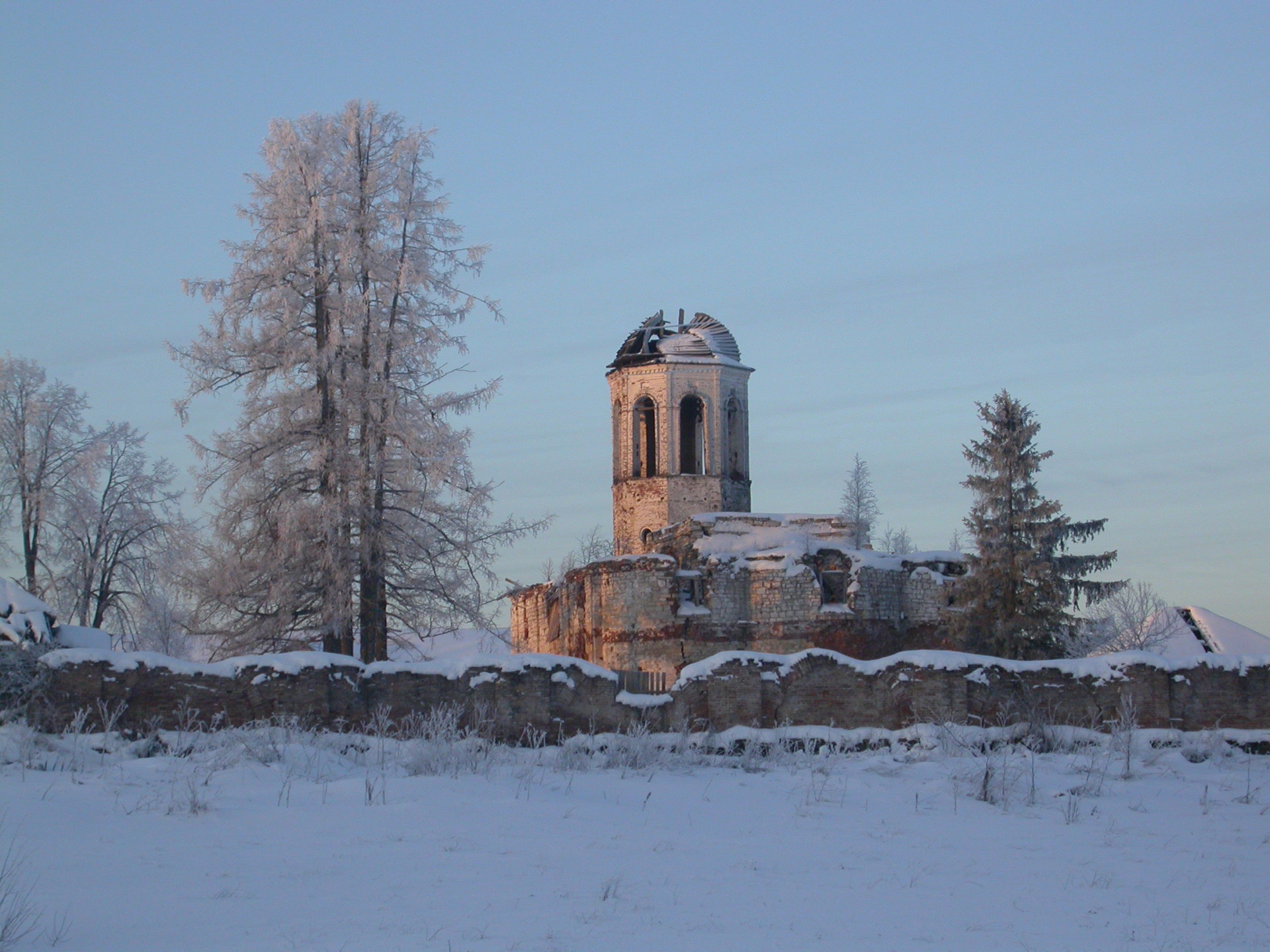 Located in the Arkhangelsk region, Pogost still observes traditional ceremonies. In a ritual believed to bring prosperity to families, locals bake crackers before weddings. Guests can learn how to prepare traditional meals, too, and you’re also invited to train in the art of using a broom inside a Russian steam bath. Dmitry Vadatursky / Wikicommons 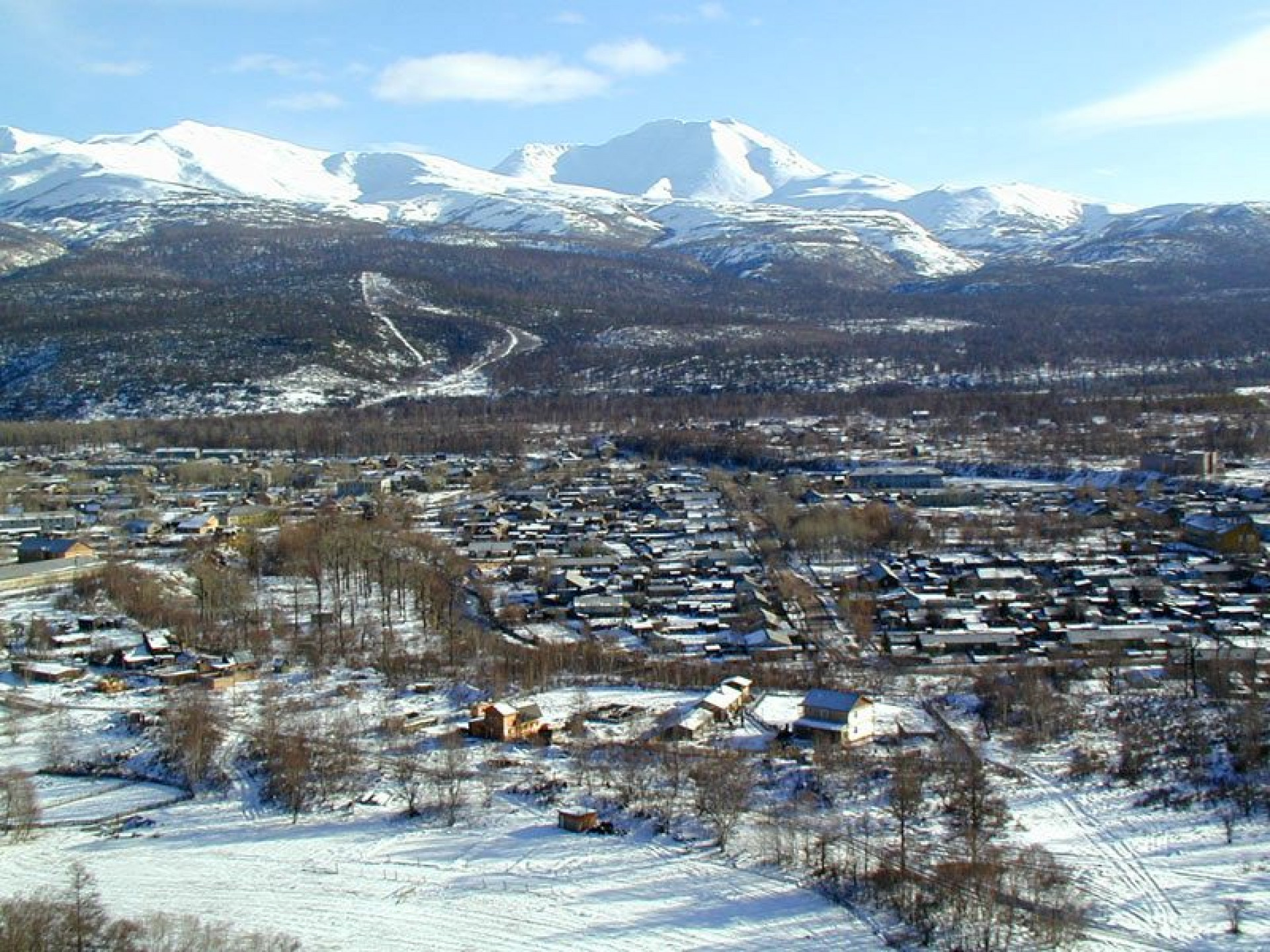 The Kamchatka peninsula is infamous for its harsh climate, but that hasn’t kept the region from producing one of Russia’s loveliest tourist spots. The village Esso is located in mountainous terrain surrounded by hot springs, which are used to heat homes and even a local hotel. Esso makes up for its lack of modern creature comforts with fantastic opportunities to learn about the local folk art. There’s also a Rotary Club with ties to a sister organization in Alaska. Kamchatka-society.info 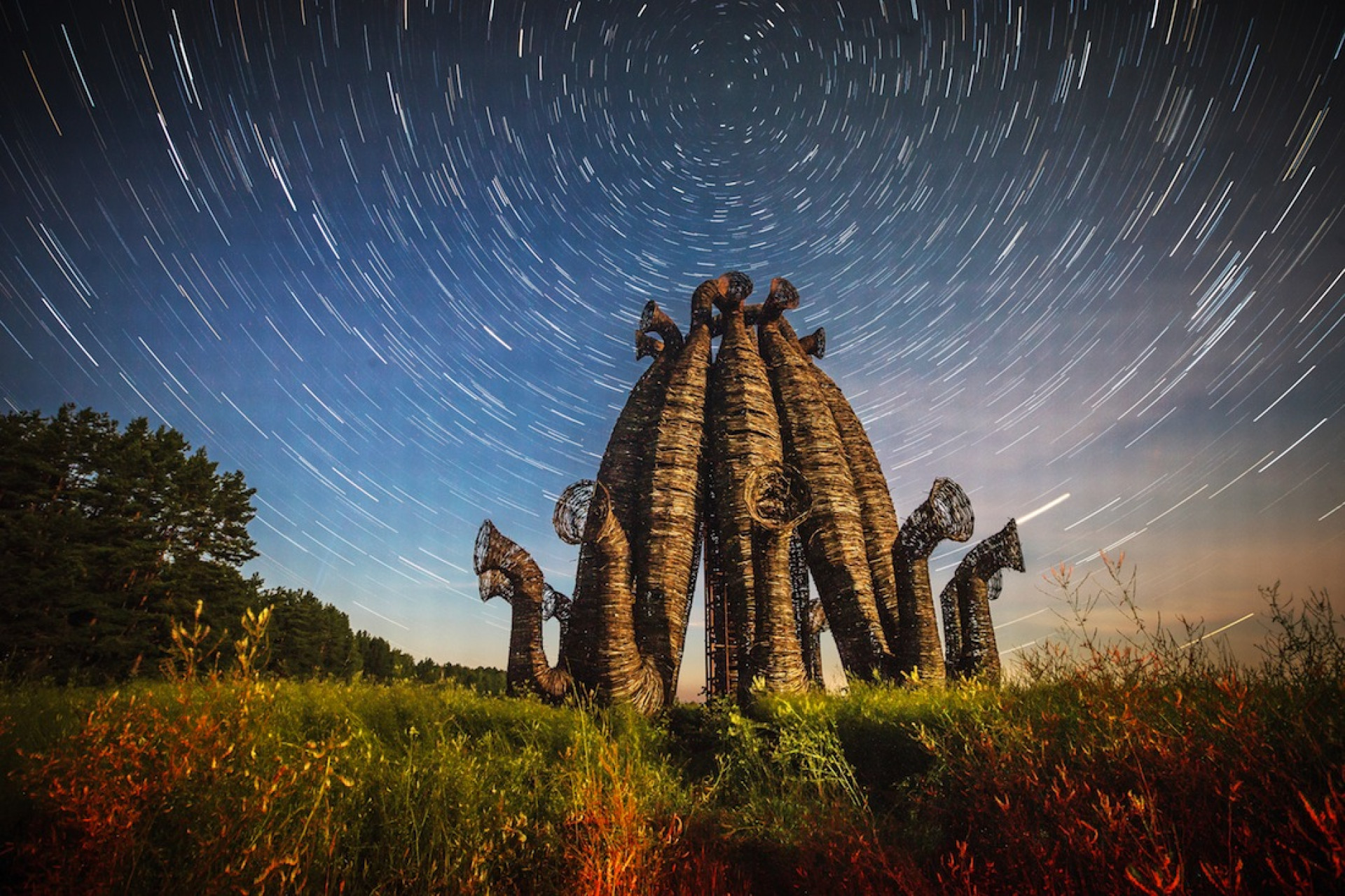 A village converted into an architectural park, Nikola-Lenivets was founded to host the annual "Archstoyanie" festival, launched in 2006 by architect Nikolai Polissky. Since its creation, Nikola-Lenivets has grown into a year-round space that includes platforms for events, a farm, a hostel, and several guesthouses. TASS

Earlier this week, the Karelian village of Kinerma, which was named Russia’s most beautiful village in 2016, actually asked officials to hide road signs with the town's name, complaining that too many tourists were flooding in.

For readers who might also like to escape the big city for some small-town quiet, The Moscow Times reviews the ten most beautiful village destinations across Russia.