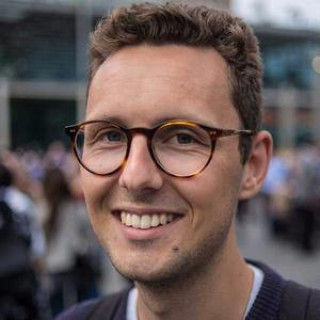 With tensions rising again between Russia and Ukraine, Turkey may well be forced to decide which side of the fence it wants to sit on. It is a decision that may mean falling out of love with Russia again.

Russian President Vladimir Putin and his Turkish counterpart Recep Erdogan recently met in St. Petersburg to rebuild the bridges they had ceremoniously burned almost one year ago.

This was the third step toward a rapprochement since falling foul of each other over the downing of a Russian fighter jet in Turkish airspace in November last year. In the final days of June, Erdogan apologized to the family of the Russian pilot and expressed his desire for the restoration of “friendly ties” with Russia, while Putin was one of the first to offer his support to Erdogan following Turkey’s attempted armed coup in July.

But how sustainable is this new relationship? The character traits of both leaders and their governments — including projecting of strength at any cost, an uneasy relationship with immediate neighbors, and paranoia about a shrinking sphere of influence – suggest a volatile alliance. And, indeed, agitation around the Crimean peninsula just days after their meeting could force relations into dangerous waters again.

During the nine-month hiatus in Russian-Turkish relations, worries began to surface in Russia over the possibility that Turkey and Ukraine might build closer relations in defense of the Crimean Tatars — a Turkic people indigenous to Crimea who have been the subject of heightened persecution since the annexation in March 2014. In 2015 Erdogan hosted Tatar leaders in Turkey, expressing his solidarity with the Tatar people and vowing never to recognize Moscow’s illegal annexation.

Ukraine has repeatedly attempted to engage Turkey to help protect the rights of Tatars and its territorial integrity, while Moscow has sought to reassure Ankara that Tatar rights were being respected. It is unclear how well Russia has done in this respect, given its decision in April this year to ban the Crimean Mejlis as an extremist organization and exile their leader, Mustafa Dzhemilev.

At the NATO Warsaw summit in July, Erdogan met with Ukrainian President Petro Poroshenko to express his “support for Ukraine's territorial integrity” and condemn “the oppression of Crimean Tatars in occupied Crimea.” But his support so far has been limited to intermittent rhetorical gestures, and the fact that this meeting took place just days after his apology over the Russian jet incident indicates his unwillingness to pick a side on the issue.

Coming to a head

But Erodgan’s hand may soon be forced. Last week Russia closed a number of key border checkpoints between Crimea and mainland Ukraine, prompting a large amount of confusion. In an all too familiar scenario, Crimea was locked down, with entry and exit barred to residents of the peninsula. Russia claimed that the Crimean checkpoints had been closed due to terrorist plots aimed at destabilizing Crimea. Ukrainian President Petro Poroshenko fired back, stating that such claims were a “fantasy” and a “provocation.”

Poroshenko subsequently put his troops on combat alert, while Russia shipped over new air defense missiles. Russia’s agitation in Crimea has probably been carefully calculated as a means of further bolstering public support for the war in the Donbass in advance of the forthcoming Duma elections, just as Putin used fear-mongering about the threat posed to ethnic Russians by Ukrainian fascists ahead of the Crimea referendum.

By constructing what is seen as a plausible threat against Crimea, Putin might be able to give his own popularity ratings another boost before Russia goes to the polls. But the unrest also provides Russia with an excuse to further beef up its military presence on the peninsula. This should worry both Europe and Turkey.

The Crimean Tatars are not the only source of tension between Putin and Erdogan. Also at play are Turkey’s security concerns in the Black Sea region, which are exacerbated by increased Russian presence, the proxy war over Nagorno-Karabakh, which flared up again just a few months ago, and the de facto Russian safe-zone that had been put in place for Kurds in Syria.

While both leaders were happy to kiss and make up, it is unclear how long the rapprochement will last. There are plenty of things bringing Putin and Erdogan together, but there are also plenty that have the potential to push them apart.

In particular, if any new conflict breaks out between Russian-controlled Crimea and mainland Ukraine, Turkey will have to do what it least desires – pick a side and stick with it.

Gareth Davies is editorial coordinator at the European Council on Foreign Relations and associate editor at WARSCAPES magazine.

Turkey Thanks Russia for Support During Coup

Russia and Turkey to Coordinate Action in Syria

Moscow and Ankara are to collaborate on action in Syria via a newly established department consisting of diplomats, military and intelligence officials...
Tensions Rise

Turkey and Ukraine get "friendly" over the question of Crimea amid a deepening rift with Russia.