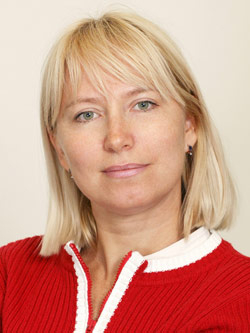 Nowadays, social partnership between business, NGOs and government is of vital importance. Only joint efforts can bring a given endeavor, especially in social sphere, to success.

A case that has proven its vitality and success over many years is Nestlé's Good Nutrition Program (GNP), a long-term educational project that works to develop good nutrition habits in kids. It is a bright example of a successful partnership between business, government and academia.

The urgent need for a program to teach children the habits of good nutrition was apparent already in 1999. Nestlé took the initiative and launched the program in Russian schools.

Development of the GNP was preceded by several studies conducted by specialists at the Institute of Age Physiology. These studies demonstrated low levels of knowledge related to nutrition and health. For example, children did not know how many meals per day they should have, nor what products were healthy, etc... The research also revealed serious problems relating to nutrition within the family, such as non-compliance with diet, neglect of proper hygiene, and more.

An analysis of training and education programs in Russia at that time indicated there were no foundational programs for building a culture of nutrition, which is a core component of a healthy lifestyle. A series of meetings with the Deputy Minister of education, E. Chepurnykh, as well as with heads of regional ministries and departments of education were held. These meetings revealed the importance and relevance of special training in nutrition, and the need to implement educational programs for this purpose.

This partnership of business, academia and government resulted in a Memorandum on cooperation signed between Nestlé Russia and the Ministry of Education. The curriculum was developed in cooperation with the Institute of Age Physiology and the institute's director, M. Bezrukikh. Initially, the program focused only on children between 6-8 years of age. A curriculum for elder children was later added. The program's main aims are in teaching the basics of a healthy lifestyle to children and adolescents, improving teachers' methodological skills and thereby lay the foundations for healthy pupils, and teaching parents the basics of proper nutrition and a healthy lifestyle in the family.

Creation of the program has provided a fertile field for interaction between specialists that deal with the health issues in Russia and the CIS, and attracted the attention of government and administrative bodies to health and nutrition issues among children and adolescents. Today the program is supplemented with an interactive game for students, Nutrition Formula (10-14 years), and a web-based game called City of Health (8-14 years). There is also an online resource section for educators, an information section for parents, and online training packages for teachers who are learning how to apply the GNP.

More than 15 years ago, in 1999, the Good Nutrition program began in 9 regions within the Russian Federation. Today, it runs in 52 regions across the entire country. In 1999, 10,000 pupils participated in the program. In 2014, more than a million children were taught the aspects of good nutrition. In total, 6.5 mln Russian children have completed the program. Moreover, the program gave impetus for the launch of Nestlé's global Healthy Kids Program in 2009. Today, this program runs in 73 countries worldwide. 7.6 mln children around the world have learnt to care for their health and nutrition. Success was made possible thanks to the joint efforts of business, NGOs and government. Their commitment has helped to raise a healthy generation by developing good nutritional habits and fighting problems such as malnutrition and obesity.