Russian authorities seem to be going out of their way to find things to crack down on these days. Here's a list of six things that really irritated them in April.

Moscow investigators opened a criminal case over the sale of Nazi figurines at the landmark downtown toy outlet Central Children's Store, which just reopened after a seven-year renovation.

Among these toys cited by authorities were busts of soldiers and Nazi officers, including the Waffen SS, prosecutors said.

The Central Children's Store's general director has been warned about violating Russian legislation on extremism.

The store, which re-opened March 31, has also faced a barrage of criticism over advertisements posted on YouTube in the run-up to the reopening that featured children pretending to interrogate their parents and making fun of the store's location across the street from the Lubyanka.

Russia's media watchdog Roskomnadzor made it illegal to publish Internet memes depicting a public figure in any way that is irrelevant to their "celebrity" personality.

The official announcement, along with an appropriately themed (and legal) meme from The Matrix, was released on Russian social media website VKontakte in April.

In the announcement, Roskomnadzor said that such memes violate Russian legislation on personal information and "besmirch the honor, dignity and business reputation of public figures."


A Museum in Yekaterinburg

A major museum in Yekaterinburg, Russia's fourth-largest city, was closed amid a scandal over an exhibition of World War II photos co-organized by the U.S. and British consulates.

The Metenkov House Museum of Photography was scheduled to exhibit 150 wartime images by British and American photographers as the countries mark the 70th anniversary of the end of World War II.

A day before the scheduled opening, the museum said it was shutting its doors for an unknown period of time for "technical reasons," according to a post on its page on the Vkontakte social network.

Yana Belotserkovskaya, culture editor for the regional government-owned daily Oblastnaya Gazeta, wrote that the exhibition, which did not contain any photos of Soviet soldiers, was designed to fit into a political narrative formulated by the West that they had won the war without help from the Soviet Union.

The museum's PR manager, Artyom Berkovich, said that he could not confirm or deny whether Russian authorities had forced the closure. 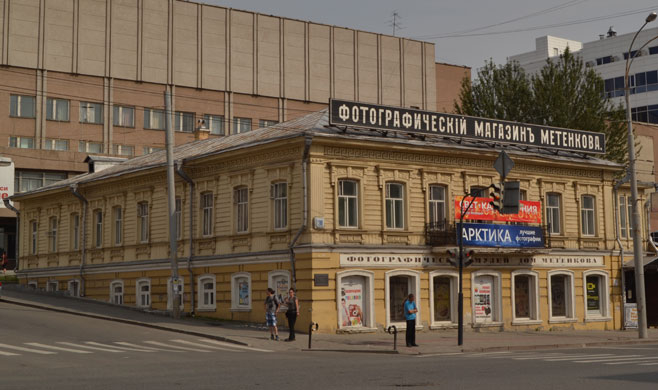 The Metenkov House Museum of Photography in Yekaterinburg.

Roskomnadzor was at it again on April 13, announcing that the Russian authorities intend to block at least 136 pornographic websites.

The move is the result of a court decision in the Russian republic of Tatarstan that ruled the sites must delete all their pornographic content within three days or be blocked, the Izvestia newspaper reported.

The court ruling cited international conventions from 1910 and 1923 on distributing obscene materials. 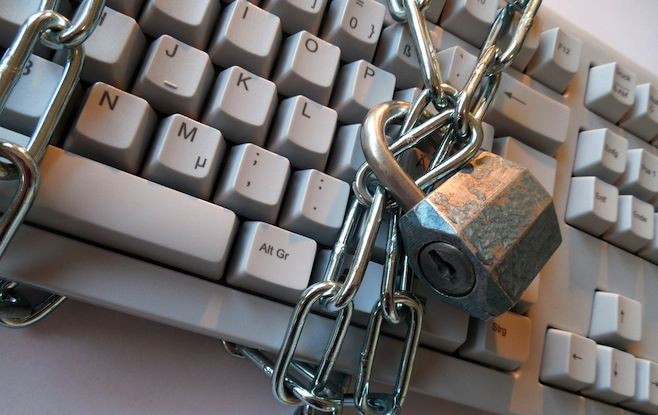 A group of young female dancers dressed as bees for a routine themed around the Soviet version of Winnie the Pooh caused a public outcry after a video of them twerking made the rounds on the Russian Internet. The girls' costumes appeared more orange than yellow, which made them resemble the St. George's ribbon, which is associated with Victory Day.

The owners of the dance school face possible prison sentences over the routine as well as the closure of their school. 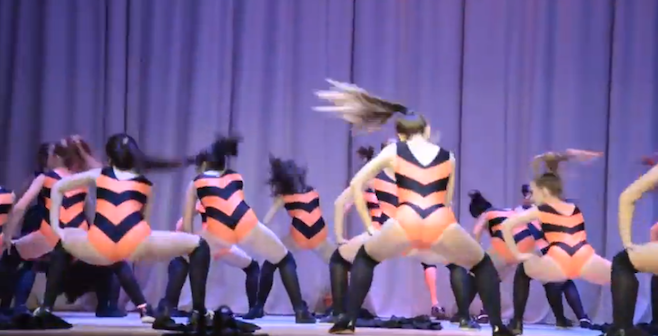 Members of the Kredo dance school in Orenburg twerk in a “dance of the bees.”

The release of the mystery thriller "Child 44" was canceled in Russia by the film's distributors in Russia the day before its scheduled release after criticism from the Russian authorities of its historically inaccurate and negative portrayal of the Soviet Union.

The plot of the movie, which is based on Tom Rob Smith's novel of the same name, revolves around the search for a serial killer in Stalin's Russia. 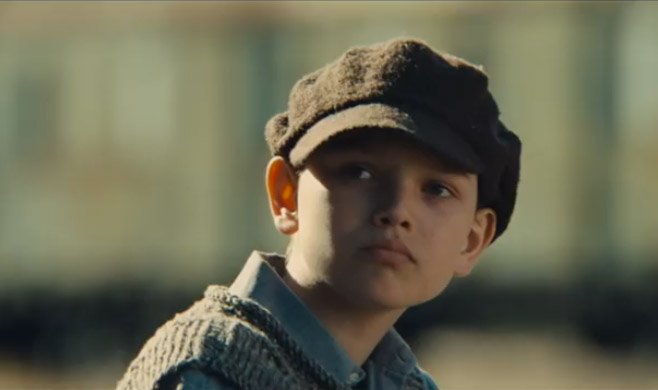 Sometimes, a song can cost you a lifetime of achievements, a lesson Russian rock legend Andrei Makarevich may soon learn the hard way.
Sergei Furgal