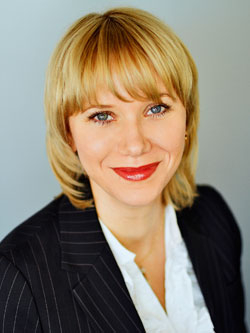 Federal Law No. 171-FZ on Amendment of the Russian Federation Land Code of June 23, 2014 ("Law 171-FZ") entered into force on March 1, 2015 (with the exception of certain provisions that entered force upon publication of the law, i.e., June 24, 2014.) The amendments made to the RF Land Code concern state and municipally owned land plots (for convenience and brevity, below we shall refer to such land or land plots as "public" land or land plots). The significant scope of these amendments can be seen in the fact that six new chapters have been added to the Land Code, which not only change certain mechanisms (for example, provisions regulating the allocation of public land into ownership or lease have been totally revised), but also introduce completely new legal concepts. In particular, a permit procedure has been introduced for use of public land plots (i.e., on the basis of a respective permit from the competent executive authority, without a procedure for allocating the plot and establishing an easement) for the purposes of conducting engineering surveys, geological studies of subsurface resources, and construction of temporary structures.

The amendments to the Land Code required changes to more than 30 regulatory acts, among which are the Civil Code, the Town-planning Code, the Administrative Penal Code, and the Federal Law on State Registration of Real Estate Rights and Transactions. The changes are so significant that the adoption of Law 171-FZ has become known as the "land reform." So what is fundamentally new and what lies ahead? Let's examine a few of what we consider to be the most important changes.

The main principle established by the new Chapter V.1. of the Land Code is that an auction is required for the sale or lease of public land plots. The mechanism envisaged in the current version of the Land Code for allocating land plots with preliminary approval as the site of a property or without such approval, as well as the respective procedures for selecting a land plot for construction and the adoption of an allocation decision, shall no longer be in force from March 1, 2015. The exception to this is a situation in which a decision on preliminary approval of the site of a property was adopted before March 1, 2015. In this case, a state land plot may be allocated to an entity under lease without an auction until March 1, 2018 in accordance with the procedure established in the current version of the Land Code.

As of March 1, 2015, the sale or lease of land plots without an auction will be possible only in the specific situations expressly set forth in the Land Code. One of these exceptions is the sale of a public land plot without an auction to the owners of buildings and structures standing thereon, or of premises within such buildings and structures. The other exceptions regarding sale without an auction mostly concern integrated land development (known as "KOT"), individual residential construction, and agricultural production. Law 171-FZ prohibits the sale of public land plots whose principal type of permitted use is construction of buildings or structures. Development of such land plots requires a lease through an auction to the developers.

A Law 171-FZ provides 32 cases in which a land plot can be allocated for lease without an auction (including for construction purposes). Most of these grounds are not relevant to businesses (such as allocation of a land plot to non-commercial or religious organizations or to individuals for various reasons), and some are indeed exceptional situations (such as land plots with nuclear facilities, reservoirs or hydro-engineering facilities, and land plots used for the extraction of aquatic biological resources or agricultural production). Situations that may be relevant to businesses involve the allocation of plots based on acts issued by senior RF officials, specifically, the granting of a land plot by decree of the head of an RF constituent territory (i.e., Moscow, St. Petersburg or Sevastopol) for certain purposes set forth in the law, such as for the site of social, cultural, or utility facilities, or for implementation of large investment projects. However, it should be kept in mind that such projects must meet the criteria established by the laws of the respective RF constituent territory.

Rules have been added to the RF Civil Code establishing that if a lease agreement for a public land plot that was granted by auction becomes ineffective, any structures under construction thereon may be seized from the owner by court order by means of sale at public auction. After such seizure, the land plot may be leased without an auction to the entity that acquired ownership of the unfinished building at auction, but this may only occur once and for the purpose of completing the construction. If within 6 months of the expiry of the lease agreement entered into earlier for the land plot on which the incomplete structure is located the authorized agency has not submitted a claim to court regarding seizure of the structure, or if the court has denied such a request, or if the structure was not sold because there were no participants in the auction, a land plot may be allocated without auction to the initial owner of the unfinished building. However, this also may only occur once and only for the purpose of completing the construction. In other words, both the initial developer and an investor potentially interested in acquiring an unfinished building are bound by the previously agreed features of the structure. It is very likely that this limitation, if implemented literally in practice, will adversely affect the level of investor interest in acquiring unfinished buildings.

It is clear that the purpose of introducing the above rules on seizures of unfinished buildings is to avoid unfinished construction projects and encourage developers to complete properties during the term of the land plot lease agreement. However, there are still questions as to whether an unfinished building should be registered as real property and whether the "aggregate" of construction materials located on a plot may be seized/sold. Law 171-FZ does not answer to these questions, since it does not include a clear definition of or criteria for the concept of an "unfinished building." However, the provisions contained in the Procedure for Conducting Public Auctions for the Sale of Unfinished Buildings, approved by RF Government Decree No. 1299 of Dec. 3, 2014, imply that there are grounds to assume that the legislators intend "unfinished building" to mean a structure whose title is registered in the Consolidated State Register of Real Estate Rights and Transactions. Thus, if a lease agreement for a public land plot ceased to be in effect and the developer has not registered its ownership of the unfinished building in the Consolidated State Register of Real Estate Rights and Transactions, the above rules on seizure do not apply. In this case, the developer should restore the land plot to its initial condition, i.e. to demolish all structures erected thereon, at its own expense.

Russian Exports to EU Up Amid Higher Oil Prices