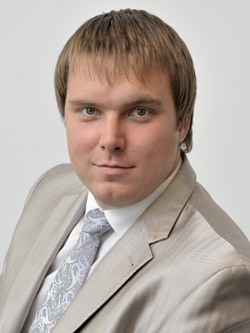 It is no secret that the Russian legislation is constantly changing. The most high-profile recent tax changes include one affecting the procedure for initiating tax-related criminal cases (to be precise, everything new is actually well-forgotten old). Business is extremely sensitive to such changes, since they can have a substantial effect on the rules of the game.

The special provision making tax audit materials (collected by tax authorities) the only basis for opening a tax crime case no longer applies.

Consequently, the law enforcement agencies have now regained their right to open such cases themselves, even without a relevant tax office decision.

We believe these changes will undoubtedly have a material impact on the work of law enforcement agencies on criminal cases such as tax evasion and might increase considerably the number of inspections they perform.

According to the changes, such cases may now be triggered by any information giving rise to a suspicion that a tax crime may have been committed—provided by search and detection agents or in basically any other legal way.

During discussion of these changes, business has repeatedly suggested that actual failure to pay taxes due should be established and the relevant tax arrears determined only on the basis of audits performed by tax authorities that can be appealed in commercial courts. The need for this procedure is primarily dictated by the complexity of the tax legislation, work which requires special, deep and direct knowledge of this field of law. It is no coincidence that commercial courts consider such a large number of tax disputes, and that in most of these disputes the courts tend to favour the taxpayers. 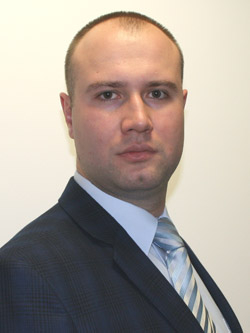 Unfortunately, these proposals have not been taken up...

The new procedure only requires investigators, in certain cases, to request from tax authorities the following information: (a) if they are aware of tax underpayments on the side of the taxpayer (whether a tax audit has been performed), and (b) confirmation that the preliminary calculation of the alleged arrears made by the investigators is correct.

In fact, a relevant tax office opinion will necessarily have to be based on a tax audit decision. Yet where such decision exists, the investigator may then use the decision itself — hence having no need for any additional opinions. If, however, no decision exists, the tax office may only supply information that a tax audit is under way, no decision has been issued or has taken effect or that the tax authority has no information on breaches of the tax legislation.

Moreover, according to the changes, the final decision on whether or not to open criminal proceedings is up to the investigator, irrespective of the tax authorities' response. We believe that this regulation is too vague and affords ample opportunities for various types of abuse.

The final amount of tax arrears is also ultimately determined by the investigator. For instance, our team specialising in tax-related criminal defence have come across a case when investigators have used circumstances identified by the tax authorities, but calculated tax arrears much more creatively and thus increased them dramatically.

In fact, what has actually happened is that the system in existence prior to December 2011, when most tax-related criminal cases were opened on the basis of relevant police reports, has now been reinstated. In 2011 this procedure was cancelled in order to protect business against unjustified pressure from law enforcement agencies.  Now it is back.

It should be pointed out that there is no really effective tool for challenging the amount of tax arrears determined by investigators. However, disputes about the correctness of arrears, fines and penalties calculation (even if calculated by tax authorities) are quite common: in about 50 percent of cases, detailed analysis comes up with inaccuracies in the calculations.

Problems with total tax debt calculation might also cause significant difficulties in having criminal prosecution for tax crimes committed for the first time terminated by reimbursing Russian treasury losses.

If the special procedure for terminating criminal prosecution is to apply on these grounds, tax arrears (including fines and penalties) have to be paid in full before a criminal court session is scheduled. The choice might then come down to paying additional, clearly overstated tax charges or losing the opportunity to have the criminal prosecution terminated in view of repayment of the tax liabilities.

In reality, the precise tax arrears might not even be stated in the resolution to instigate a criminal case (which could, for instance, specify that the tax arrears total "at least....."). This is quite logical, since the investigator might plan to have an expert appraisal made of the precise tax arrears and then bring the final charges. This process might, however, be a protracted one, while the director of the organisation, the organisation itself and other parties might have to suffer various investigatory actions and restrictive measures as part of the preliminary investigation.

Importantly, unlike tax authorities, which can go in their audits as far back as 3 years, the criminal investigators can go back as far as the criminal statute of limitations allows.  For tax evasion on an especially large scale (and this is for example where total tax underpayment for 3 years reaches, at the current rate, about $585,000 — even if the amount actually paid accounted to billions) this is 10 years.

There are now, in fact, two parallel but totally different systems for monitoring tax legislation compliance by business. Tax audits performed by tax offices are strictly regulated and there exist a number of special mechanisms for securing taxpayer rights, whereas those for securing the rights of business during law enforcement inspections are much less developed: to put it mildly, they are largely at the investigators' discretion.

As a result, instigation of a criminal case (or the risk of such a case being instigated) becomes an easier and a more effective option for replenishing the treasury than tax audits, since the results of these may be appealed in commercial courts (where over a half of disputes are won by taxpayers). Add to this that a guilty verdict pronounced on a criminal case might result not only in criminal punishment of the company's management but also recovery of tax arrears as compensation for the losses caused by the crime. These amounts may, what is more, be recovered either from a company or from a prosecuted individual.

Another important specific of control exercised by law enforcement agencies over compliance with the tax legislation is that there are no judges specialising in white-collar crimes: tax crimes are heard by the same judges as, for instance, those hearing theft and rape cases.

Even so, practice shows that business and their managers can be defended, but it is extremely important for a defence strategy to be professionally elaborated and implemented right from the start. Any mistake in liaising with investigators might prove very costly. The stakes have been raised many times over.