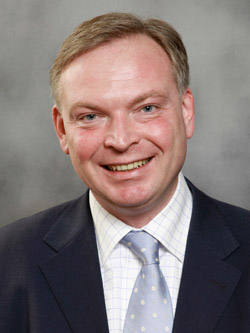 Since the adoption in 2009 by the United States of new "Buy American" provisions imposing a general requirement that publicly funded building and construction projects must use only domestically produced inputs, similar "buy national" legislation has rapidly started to emerge in many other jurisdictions worldwide.

Attempts to fine-tune national regulations on access to public funds available for purchasing goods or services for public needs and, at the same time, to improve the chances of domestic industries within government procurement markets abroad continue to occupy the top of the agenda of many governments and corporations. Russia is no exception. Certain legislative initiatives on regulation of government procurement in Russia aim to provide preferential treatment for domestic goods and services purchased by state-owned entities.

With this in mind, it may be worthwhile analyzing the situation from the point of view of WTO rules and practice and then outlining the options available.

Within the WTO framework, government procurement regulations are subject to the General Agreement on Tariffs and Trade ('GATT'), General Agreement on Trade in Services ('GATS') and revised the Plurilateral Agreement on Government Procurement ('GPA'). The latter is optional and currently comprises 43 WTO members, including the European Union and its Member States, the U.S., Japan, Norway and some others covering a combined government procurement budget worth over 1.7 trillion USD annually. Any WTO member can accede to the agreement on conditions individually agreed with other parties. Currently 10 WTO members (including China and Ukraine) are in process of joining the GPA, while another 28 (including Russia) are observers to the agreement. 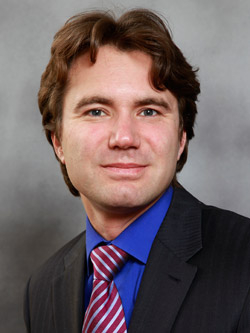 According to one of the fundamental GATT/WTO principles, namely that of national treatment, all WTO members shall treat foreign goods and services no less favourably than that they treat its own like goods and/or services in respect to all measures affecting their trade. However, Article III.8 (a) GATT and mirroring provisions of Article XIII.1 GATS set out that domestic regulations or requirements inherent to government procurement are outside the scope of national treatment obligations of WTO members.

The above exemptions allow WTO members to apply preferential conditions for domestic goods or services in certain state-funded projects, provided that they only cover goods and services purchased "by governmental agencies" for "governmental purposes". All other purchasing regulations should normally comply with non-discriminatory rules under the national treatment principle.

Accordingly, the level of state-ownership over a purchasing entity is not the sole criterion that may justify exemptions from WTO national treatment rules and thus preferences for domestic goods and services in tendering procedures sponsored by state-owned companies. Moreover, according to WTO practice, even fully private companies could be duly entrusted and instructed to perform certain public functions and thus be considered governmental agencies. Qualification for government procurement exemptions clearly requires that the purchase of goods or services ought to be done for "governmental purposes". Goods and/or services purchased for commercial resale or as inputs in the production of goods/services for commercial sale do not fall within the above exemptions from WTO national treatment obligations.

The GPA was designed to eliminate discrimination in the public procurement sector by way of reciprocal market opening to publicly funded federal and regional construction, infrastructure and public services projects. The GPA also clarifies many issues associated with awarding, organising and administering public contracts. Normally, GPA parties would allow goods of each other (but not non-GPA members) to benefit from domestic "buy national" laws. Each GPA party undertakes to ensure non-discriminatory access to its own government procurement markets in accordance with individual schedules of commitments. The schedules give precise and exhaustive lists of industry sectors and the types and values of projects that the signatory in question has agreed to open up to international competition in exchange for access to public projects in all other GPA signatories.

For now, there is an option within the WTO framework which may help to address government procurement issues differently but, arguably, more efficiently.

While Russia did not join the GPA upon acceding to the WTO, it agreed to start negotiations on entering into the agreement. In this respect, in 2016 authorities should prepare a first GPA accession offer including detailed commitments on market access.

Hence, on the one hand, Russia is not currently bound by the GPA, although on the other hand the above WTO provisions, as well as the Russian commitments on government procurement stipulated in the Report of the Working Party on Russian accession to the WTO, hardly permit wide legal interpretations of the rules.

Attempts to enact questionable regulations which provide preferences to selected domestic industries in tenders organised by state-owned companies without due respect of the applicable WTO rules could be challenged under WTO dispute settlement rules, while other WTO members would be free to strengthen "buy national" rules by converting them into a "do not buy Russian" law to retaliate.

Therefore, it is believed that strict adherence to the applicable rules and well negotiated accession to the GPA could benefit Russian industries striving to penetrate lucrative foreign public procurement markets. It is justified to expect that gaining better access to public procurement markets abroad would be conditioned by also opening up Russian domestic markets to foreign competition. Russian businesses should start thinking of that complex balance of interests as well as their own competitiveness abroad and actively participate in formulating the GPA's accession offer, rather than counting on questionable measures that may be successfully challenged and lead to market closures abroad.