Ukraine's role as a natural gas transit zone between Russia and the European Union will be "nullified" once a newly announced pipeline through Turkey to Greece is completed, Gazprom head Alexei Miller said Saturday.

But Miller's enthusiasm about building a Turkish gas line, meant to take the place of the recently scrapped $40 billion South Stream pipeline through Bulgaria, may be misplaced. The likely high price tag of the project, Turkey's strong negotiating position and unresolved political concerns may cost Russia dearly.

Neither Miller nor Russia's President Vladimir Putin has yet specified what route the new pipeline will take from Russia to Turkey or which investors in Turkey are ready to contribute funding. Nor have they mentioned who would have to build or expand the existing pipeline network from Turkey to Greece.

During Rossia-1's program "The News on Sunday," Miller stated that some 4 billion euros ($5 billion) of infrastructure already built for the scrapped South Stream project can be repurposed for transit to Turkey.

Given Gazprom's current projects, however, including a massive pipeline being built to provide gas to China, "Gazprom can hardly afford to finance a new pipeline," said Mikhail Korchemkin, head of East European Gas Analysis, a U.S.-based energy consultancy.

And even assuming that the pipelines are built to Turkey, it is unclear who will own and operate them and on what terms, said Mikhail Krutikhin, a partner and analyst at the Russia-based RusEnergy consultancy.

While transiting Russian gas, Ukraine abides by an agreement signed between Ukraine's state-owned Naftogaz and Gazprom, which gives Gazprom control of its gas while in Ukraine.

Turkey, though, will likely want to re-export gas bought at its border as its own, judging by its negotiations for gas supplies from Iran and Azerbaijan, Krutikhin said. Given its power as one of Russia's only points of contact with its EU consumers, Turkey would then be able to demand even lower prices for gas supplies. 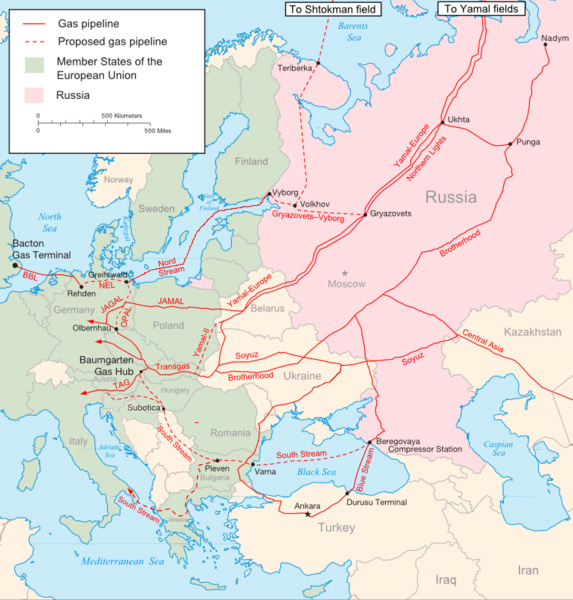 Russia has already offered a 6 percent discount on gas supplies to Turkey starting from next year and possibly could offer even lower prices, "depending on how our relations develop," Putin said last week.

Even if the pipeline is built, it will not necessarily be able to avoid the political and legal problems that plagued South Stream, cited by Russia as a prime factor in leading to the project's cancellation.

"Gazprom has an illusion that it can fool Europe by using Turkey as a transit hub and gain access this way to markets in Southern Europe," said Sergei Pikin, director of Moscow-based think tank the Energy Development Fund.

Greece, though, is a member of the European Union and complies with the same rules that stalled the development of South Stream in the first place, he said.

And while Putin and Miller sounded as if their plans for Turkey were a done deal, Turkish officials were far more careful with their statements.

Turkish Energy Minister Taner Yildiz said Tuesday that Russian and Turkish agencies were working toward a final deal on the new pipeline. But he said it was too soon "to pronounce the final word on these matters today," The Wall Street Journal reported.

Officials in Turkey have merely signed a memorandum of understanding, which does not oblige them to anything, according to Krutikhin.

"And for this piece of paper Russia had to pay by offering a discount to future gas supplies," he said, referring to the discount Moscow has already given Ankara.