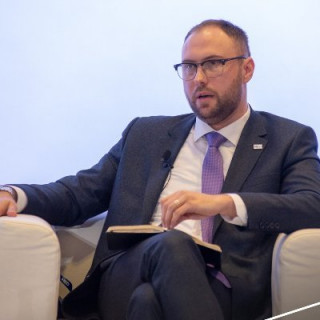 As the Ukraine crisis continues, at least three obvious and critical facts can be ascertained. The crisis has proven the existing European security system to be ineffective; has severely damaged relations between Russia and the West and left diplomacy in a gridlock; and made many international agreements obsolete, particularly the Belavezha Accords, which established the Commonwealth of Independent States after the collapse of the Soviet Union. Echoes of these consequences will be long felt across Eurasia.

Certain shockwaves from the crisis in Ukraine have already reached the South Caucasus, one of the regions most susceptible to changing dynamics between Russia and the West.

First, a great deal of skepticism about the capability of European institutions to resolve conflicts in the post-Soviet space now prevails among South Caucasus elites. Ironically, this understanding serves to prevent violence in the region to a certain extent: Responsible stakeholders in Tbilisi, Yerevan and Baku have realized that if there should be serious warfare in the region, there will be no international institutions powerful enough to stop it, or any great European powers ready for a head-on military collision to defend their clients' interests.

At the same time, the South Caucasus states have found themselves in an unenviable position: The Ukrainian crisis has shown that deciding between European and Eurasian integration comes at a high price, but that indecision is an even worse path. Thus the startling developments in Ukraine have triggered two processes: On the one hand, they have accelerated Georgia and Moldova's efforts to integrate into Euro-Atlantic institutions. On the other hand, the Ukraine crisis has pushed Armenia to seek full membership in the Russian-led Eurasian Union and encouraged Georgia's breakaway regions of Abkhazia and South Ossetia to forge closer ties with Russia.

The domestic support for Eurasian integration in Armenia, South Ossetia and Abkhazia seems to have been spurred by a resurgence of national identity. All three have a common cause: historical reunification, an idea that has re-energized by the "Crimea precedent."

Armenian supporters of Eurasian integration have projected "re-incorporation of Crimea into Russia" onto the disputed territory of Nagorno-Karabakh, suggesting it is a precedent for reunification of Armenia's historical lands. Supporters of integration in South Ossetia might use the same logic to reincorporate their territory into Russia.

When power politics are at play, smaller states often scramble to side with great powers. But those who expect the tit-for-tat game between Russia and the West to continue have opted to maneuver between the two. Azerbaijan has chosen this path, floating between the East and West in its stance toward the crisis in Ukraine, and reaffirming its commitment to multivector diplomacy. Yet the time may come for Baku to make hard choices as well.

Finally, the crisis in Ukraine has had a remarkable impact on the South Caucasus. Although it may not yet be fully recognized, the transformed realities of Eurasian geopolitics have surely revived the idea that there are distinct geopolitical zones — fodder for political and academic hard-liners who love to ponder what this might mean for the Caucasus.

They say that when the going gets tough, the tough get going. Russia may look like it has gone through the tough part of the Ukraine crisis, but whatever further moves it makes in this diplomatic chess game, it should understand the impact on its policy in Eurasia. The consequences are already looming on the horizon.

Maxim A. Suchkov, Ph.D., a former Fulbright visiting fellow at Georgetown University (2010-11), is currently a fellow at the Institute for Strategic Studies (Pyatigorsk). This article was originally published by the Carnegie Moscow Center.

Maxim A. Suchkov is the former editor of Al-Monitor’s Russia / Mideast coverage (2016-2020). He is currently a Senior Fellow and Associate Professor at the Moscow State Institute of International Relations.  @m_suchkov

Maxim A. Suchkov is the former editor of Al-Monitor’s Russia / Mideast coverage (2016-2020). He is currently a Senior Fellow and Associate Professor at the Moscow State Institute of International Relations.  @m_suchkov