While thousands of Russian fans were left devastated by their team's early exit from the World Cup tournament, one Orthodox priest has openly rejoiced at their failure, denouncing the contest as a "homosexual abomination."

Priest Alexander Shumsky seems to have taken particular exception to the brightly colored footwear on display in Brazil, writing in his column on Christian website Russian People's Line that players who wear green, yellow, pink or blue shoes helped promote the "gay rainbow."

"Wearing pink or blue shoes, [the players] might as well wear women's panties or a bra," Shumsky wrote, adding that he was also offended by the "unthinkable" hairstyles of some of the players in Brazil. 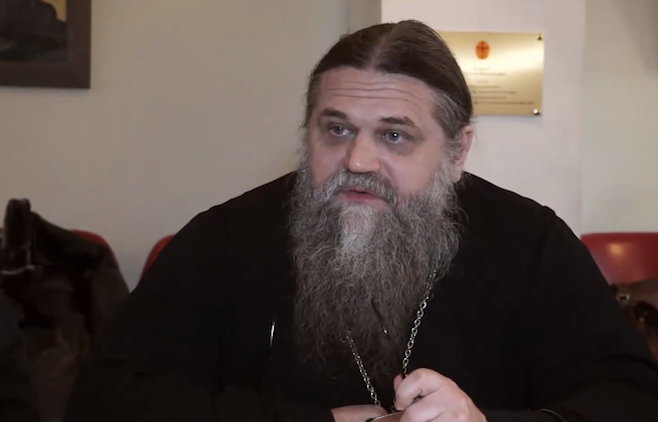 The 2014 World Cup has seen competitors from across the globe sport a range of colorful shoes, with all three of the major sporting brands — Adidas, Nike and Puma — unveiling brightly colored designs at the tournament in an effort to capture something of the Brazilian carnival flair.

But for Shumsky, the marketing campaigns appear to have had the opposite effect.

"The liberal ideology of globalism clearly wants to oppose Christianity with football. I'm sure of it. Therefore I am glad that the Russian players have failed and, by the grace of God, no longer participate in this homosexual abomination," the priest wrote in his online column.

The Russian national team exited the tournament before the knockout rounds, having failed to win a single match in the group stages.

An elderly Russian scientist accused of passing state secrets to China as a guest university lecturer died Sunday under house arrest, his lawyers said...
swept up

Around half of those recruited into the Russian military from Far Eastern Russia's Khabarovsk region had been sent home due to wrongful mobilization, the...
'military operation'

Ukraine's President Volodymyr Zelensky said Sunday that Lyman, a key town located in one of four Ukrainian regions annexed by Russia, had been "cleared"...