A photo of western Russia snapped by an astronaut from space has been included in an online collection of the best ever images gathered by NASA.

The nighttime image, taken with a Nikon D3S digital camera equipped with a 31 millimeter lens, shows not only the radiant lights of the Russian capital Moscow with veins of orange light branching out in all directions, but also the green light of the aurora borealis across the top of the photograph.

Moscow is easy to spot from space, not only because of its brightness and size, but also because of the distinctive yellow hue of its lights — as opposed to Japanese capital Tokyo's typical shades of blue and green, or the reddish light of Spain.

Space is a choice location for photography. In recent years, many astronauts and cosmonauts have taken to Twitter and the blogosphere to share their snapshots of the Earth.

Most of the photos included in the NASA Earth Observatory web portal have been taken by various satellites deployed to track climate change and weather patterns, but some of the more interesting and spectacular photos –—such as the one taken of Moscow, St. Petersburg Nizhny Novgorod and Helsinki — were taken from the large viewing port on the International Space Station known as the cupola, or some of the smaller windows throughout the station.

Below are some of our all-time favorites posted by cosmonaut Oleg Artemyev on his blog.

Crimea, which Russia annexed from Ukraine in March, through a porthole on the ISS. 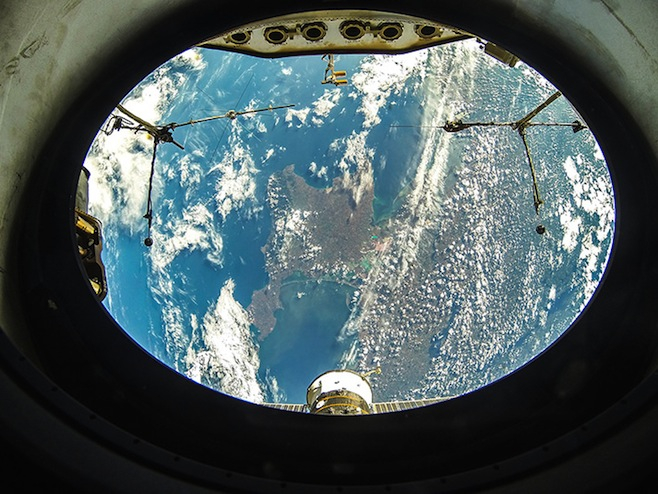 A photo of Baku, located in Azerbaijan on the Caspian Sea, at sunset. 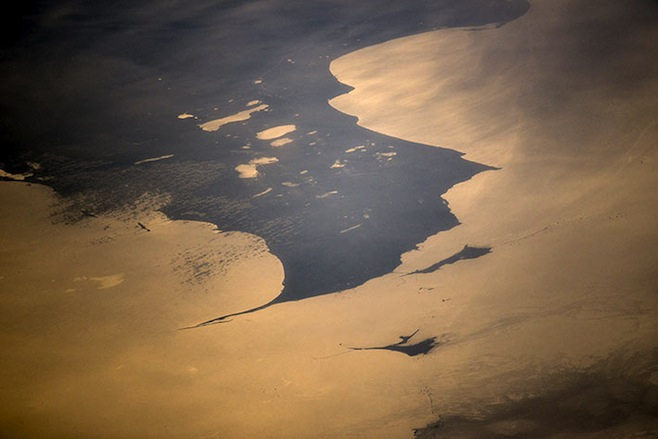 The Volga River delta — the largest river delta in Europe — which opens into the Caspian Sea about 60 kilometers downstream of the city of Astrakhan in Russia's South-West. 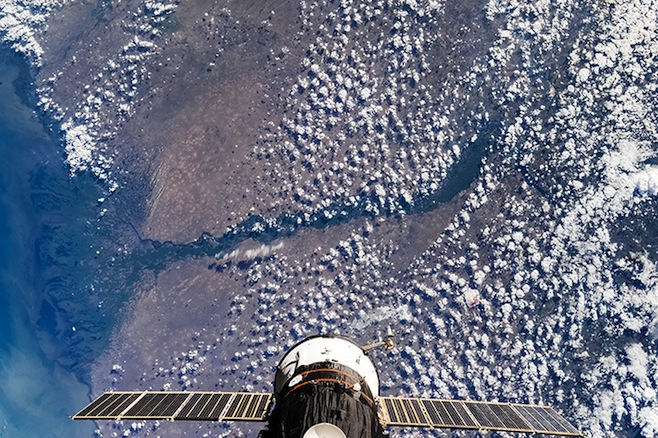 The Caucasus mountain range. This photo shows the North Caucasus region, Georgia, Armenia and Azerbaijan. The lake in the bottom right is Armenia's Lake Sevan. 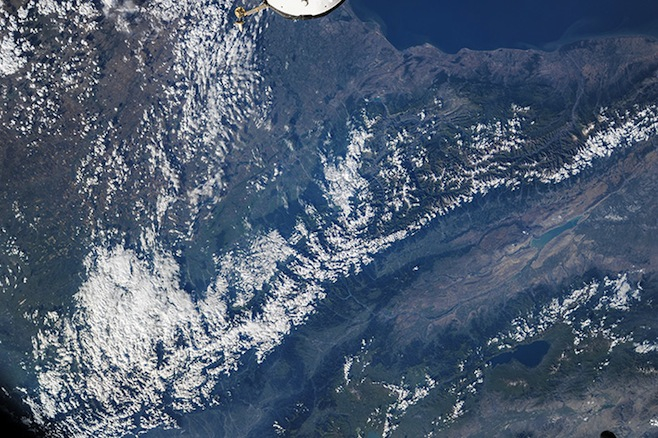 The Altai Mountains, where Russia, China, Mongolia and Kazakhstan meet. 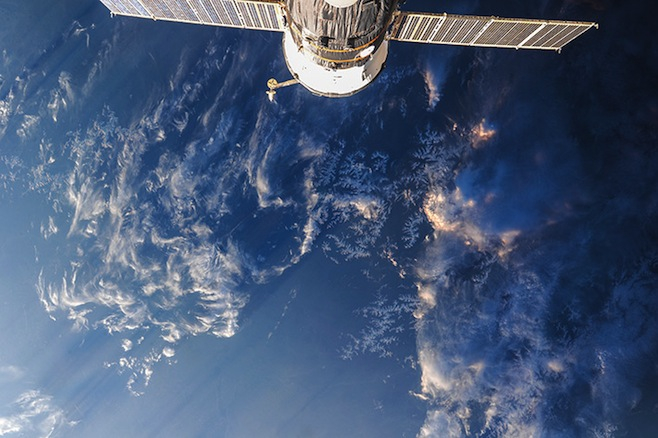 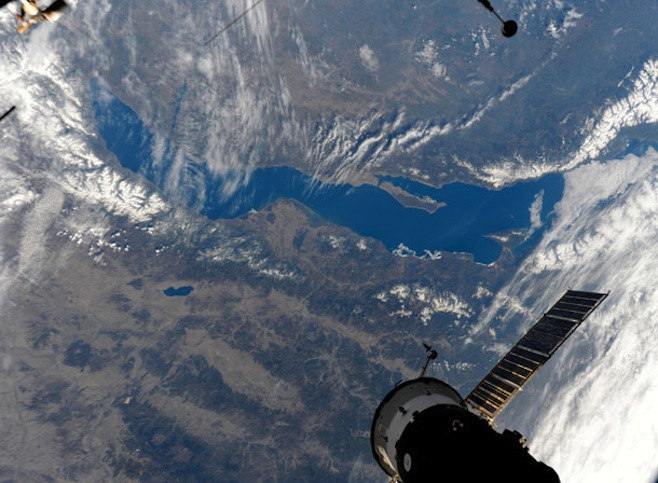 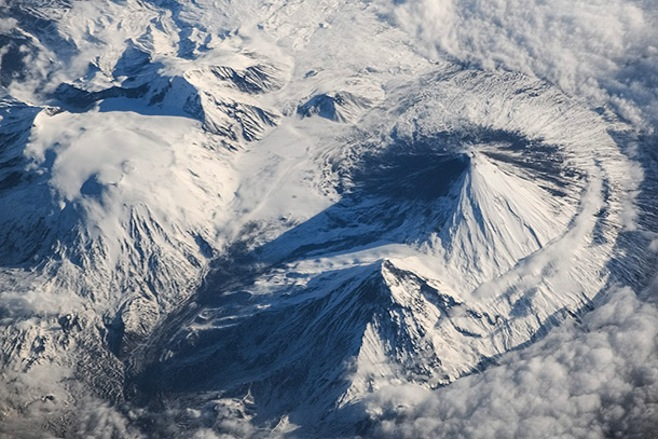