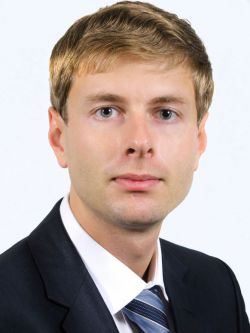 Experts acknowledge that the drafting of a production sharing agreement to govern the development of the Khvalynsk deposit has been one of the most dramatic events in the oil and gas sector in Russia over the past several decades.

Until recently, three production sharing agreements have been in force in this country to deal with the development of oil and gas fields. Two of these concerned the Sea of Okhotsk, while the other covered the village of Kharyaga in the Nenets Autonomous Okrug. These agreements were entered into around 20 years ago, and since then not a single PSA had been executed in Russia. The previous production sharing agreements were entered into before there existed in Russia a base of legislation detailing how PSAs should be entered into and performed.

As a result, work on drafting a new PSA became a landmark event for the market. Lawyers from Pepeliaev Group were engaged as specialist counsel supporting the project, and their input involved working on the text of the PSA's articles concerning an investor being subject to taxes and other mandatory payments. They also negotiated the contents of the agreement with state authorities including Russia's Energy, Finance and Natural Resources Ministries.

The lawyers from Pepeliaev Group's offshore projects and PSAs team, headed by Pavel Kondukov, also advised those involved in the project on how legislation relating to Russia's continental shelf should be applied. Other live issues were how particular features of tax legislation relate to a project being implemented in the Caspian Sea, and the unclear legal status of the Caspian Sea for the purposes of applying Russian legislation.

When the project was being implemented, our specialists identified numerous gaps in the legislation and other difficulties. We proposed to resolve these by amending current tax laws, the PSA law, other pieces of legislation and regulations, and even international legal acts (the agreement between Russia and Kazakhstan delimiting the bottom of the northern part of the Caspian Sea, as well as legal acts of the Customs Union).

It is in the context of this project that specific rules of tax legislation and of the PSA law, designed for contracts of precisely this type, have been applied for the first time. The PSA for the Khvalynsk deposit will become an example and a reference point when the next PSA is entered into. This is currently slated for the Tsentralnoye (central) deposit in the Caspian Sea.

Crimea's accession to the Russian Federation could mean that a fresh look will be taken at the PSA already concluded for developing four areas in the Black Sea. The result could be a new PSA being entered into (to extract gas in the Skifska field in the Black Sea) in accordance with Russian law. Therefore the Russian party will also apply the results of work on the PSA for the Khvalynsk deposit if the PSA in the Black Sea needs to be amended or a new PSA is entered into.

Entry into the PSA for the Khvalynsk deposit could affect Russia's negative attitude to this type of contract in the oil and gas sector. It could become a cornerstone for reviving the institution in Russia.

The agreement and Pepeliaev Group's contribution in terms of providing legal support were seen as significant not just by market specialists and players in the oil and gas sector. The international legal directories also acknowledged this, with the prestigious Legal 500 ratings recommending for legal support in the oil and gas sector Pepeliaev Group's specialists who worked on the project — senior partner Rustem Ahmetshin and head of offshore projects Pavel Kondukov.

In addition, the firm carried off the 'European tax deal of the year in the energy sector' prize at the ITR European Tax Awards.

The Kremlin on Thursday endorsed a blog post by the U.S. investigative journalist Seymour Hersh that alleges the United States was behind the sabotage...
appeal for aid

'We Are Defending You': Zelensky Rallies European Allies

Ukraine's President Volodymyr Zelensky received a hero's welcome to Brussels on Thursday as he lobbied star-struck EU leaders for help to repel a renewed...
artistic license

A new director has been appointed to the State Tretyakov Gallery, one of Russia’s most renowned fine arts museums, following a reported clash with...
convict warfare

Russia’s Wagner mercenary group has halted its recruitment of prisoners to join the fight in Ukraine, the head of the notorious paramilitary outfit&nbsp...