Former Prime Minister Sergei Stepashin said Syrian President Bashar Assad told him during a recent meeting that much of the fighting in the country would be over by the end of the year.

Russia has been Assad's most powerful supporter during the three-year conflict that activists say has killed more than 150,000 people, blocking Western and Arab efforts to drive him from power.

Stepashin, who served as prime minister in 1999 under then-President Boris Yeltsin and now heads a charitable organization, met Assad in Damascus last week during a visit to the Middle East, news reports said.

"To my question about how military issues were going, this is what Assad said: 'This year the active phase of military action in Syria will be ended. After that we will have to shift to what we have been doing all the time — fighting terrorists'," Stepashin said, state-run news agency Itar-Tass reported. 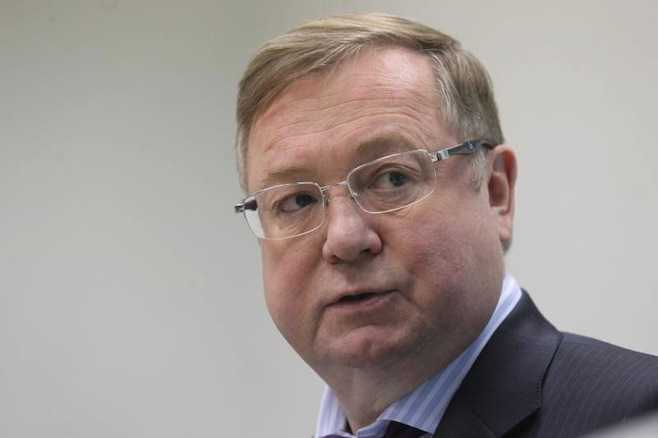 Stepashin said they had also discussed economic cooperation between Syria and Russia.

Russia joined the United States in organizing peace talks that began in January in Geneva between Assad's government and its foes. But no agreement was reached and it appears unlikely a new round will start anytime soon, in part because of high tension between Russia and the West over Ukraine.

Assad has lost control of large swathes of northern and eastern Syria to Islamist rebels and foreign jihadis. But his forces, backed by militant group Hezbollah and other allies, have driven rebels back from around Damascus and secured most of central Syria.

The head of Hezbollah said in an interview published on Monday that Assad would stand for re-election this year and that he no longer faced a threat of being overthrown.

Russia experienced its largest population decline in 2021 since the end of the Soviet Union.
TAMPING DOWN TENSIONS