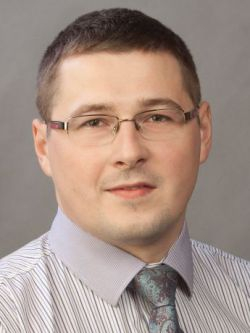 Bankruptcy regulation is one of the fastest-growing areas in Russian law, which may be explained by the diversity of interests usually involved in such proceedings. The Supreme Commercial Court (VAS) is without a doubt the main source in terms of development of this regulation. Banks undeniably have a special position when it comes to bankruptcy procedures. At least a quarter of all bankruptcy cases considered by the VAS in the last five years have related to banking.

The past year of 2013 was no exception. The courts formed a number of positions that are important for banks, including with respect to the specifics of challenging payments under revolving credit line agreements (NBD Bank case No. 4172/13 dated June 20, 2013) and the possibility of transferring property to a lender as a break fee where such property has been mortgaged to the lender (Bank Otkrytie case No. 6572/12 dated June 20, 2013).

However, the most important development for banks is that they are no longer automatically considered to have breached the duty to act in good faith when they receive payments from borrowers in the months preceding the latter's bankruptcy. In the context of the Bankruptcy Act, for such a breach to occur it must be established that the bank was aware (or ought to have been aware) that the debtor was unable to pay its debts and yet the bank still accepted the payment. According to the special provisions governing the challenging of such transactions, preferential transfers made prior to bankruptcy are void. A transfer is "preferential" if one creditor is repaid at the others' expense (Art. 61.3 of the Bankruptcy Act).

Any payment made by a debtor during the six months prior to its filing for bankruptcy can be voided if the lender failed to act in good faith in receiving the payment. If such a payment is voided, the bank will be paid only after all the other creditors, meaning it will likely receive nothing. Also, such claims do not confer any voting rights at creditors' meetings.

For banks, these rules obviously posed an appreciable risk, as any payments made by borrowers up to six months prior to their bankruptcy could potentially be voided, in which case the bank would probably not receive even partial payment.

This risk reached its peak in certain rulings of recent years by Russian commercial courts, where they expressed the position that banks, by virtue of their status as credit institutions and professional participants in that market, ought to have been aware of their borrowers' insolvency when accepting payments (decree of the Urals District Court No. А50-4821/2011 dated Aug. 22, 2012) or ought to have requested the relevant financial information from borrowers (decree of the Urals District Court No. А60-16584/2011 dated Nov. 21, 2012). This approach means that if banks do not do so they are automatically held to be in breach of the duty to act in good faith.

However, last year the VAS amended that approach with its decree No. 59 dated July 30, 2013. According to that decree, the mere fact that a bank is a credit institution does not mean that it ought to be aware of a borrower's insolvency. Furthermore, in that decree the VAS clarified certain issues:

As a general rule, the courts must assess whether a bank that has received payment ought to have been aware, acting with due care and circumspection, that the borrower was insolvent.

The following indicate that a bank has not acted in good faith:

• if the insolvent borrower contacted the bank previously on multiple occasions requesting that payments be deferred;

• if the bank was aware that the insolvent borrower's bank account had been blocked for an extended period of time;

• if the bank was aware that the borrower had already filed for bankruptcy (provided such filings are not an instrument ordinarily used to compel performance of the obligation to pay).

If it was possible for the bank to obtain financial documents from the borrower, the courts must assess whether the documents contain information sufficient to demonstrate the borrower's insolvency.

The fact that a bankruptcy filing is available in the online system of the Russian commercial courts (www.kad.arbitr.ru) does not necessarily mean that banks ought to be aware of it.

The burden of proof that a bank did not act in good faith rests with the bankruptcy administrator.

Current case law shows that these instructions of the VAS have had a positive impact. They have helped to protect banks' interests and improved the implementation of the bankruptcy legislation in terms of the balance of interests between the parties to bankruptcy proceedings.