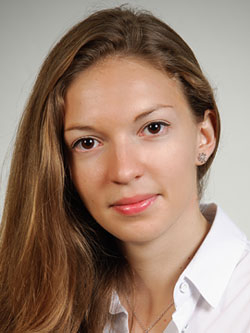 State procurement has always been one of the most problematic areas in Russia, as evidenced by the considerable criticism attracted by the previous law in this area. In force for eight years, the old law was regarded as being rather vague in a number of ways, so was replaced by the new law No. 44-FZ "On the contractual system." This came into force in January 2014 and may cast a new light on the Russian public procurement system. The main objective behind adopting this new law was to increase transparency and to improve planning and scheduling, as well as to ensure that high-quality goods and services are purchased via the state procurement system.

One of the most important new features of the new law is that from now on the state procurement system has an officially regulated planning stage. Starting from Jan. 1, 2015, all public customers must draw up a plan for their purchases over a three-year period along with a schedule of the orders they plan to place. After 2015, pubic customers will have to follow their plans and will not be allowed to initiate tenders not mentioned in the plans. In addition, when drafting these plans state customers will have to justify why they need specific goods or services (for example, because these are required for a specific governmental program to be implemented). This should make the state procurement system more transparent.

Moreover, the new law deals with issues of control over the procurement process: in particular, this will happen not only at the bidding stage, but also the planning stage and at the stage when state contracts are being performed. All in all, the whole state procurement system will be unified. Previously the public could use the Internet to obtain information about only the bidding process itself, but now a Unified Information System will gather all information on every state purchase starting from the initial planning stage all the way through to the contract being executed. In addition, the law has introduced a brand new option for public hearings to be held in terms of whether state purchases are needed. This provision will come into effect in 2016.

One of the main problems with the previous law was that in most cases electronic auctions were held to choose suppliers. This meant that the winning bidder was the company that proposed the lowest price, even though it could not always guarantee to provide goods or services of the proper quality. The new law aims to ensure that a tender will be used more often to choose the supplier in state procurement procedures; this will allow companies to be selected based not only on the price they propose. In addition, the new law stipulates a number of new procurement procedures, for example, bidding with limited participation and two-stage bidding. These procedures will be applicable to specific types of goods and services, most notably products using advanced technologies. They will allow additional requirements to be set for bidders. The purpose of these new provisions is to enable public customers to arrange tenders tailored for R & D and other complicated services.

The new law also enacts anti-dumping measures, a new departure for Russian legislation: from now on, if the winning bidder proposes a contract price that is more than 25 percent less than the initial price, the winner must provide security in an amount 1.5 times greater than was required initially.

Moreover, the new law pays more attention to security measures: public customers should now require all bidders to provide cash security or a bank guarantee to secure their obligations that may arise during tenders, as well as their future contractual obligations. The bank guarantee may be issued only by a bank included in the list approved by the Russian Government. In addition, a register of these bank guarantees will be kept.

In conclusion, it is worth bearing in mind that Russian public procurement legislation is still in transition. Further legal regulations in this area still need to be developed, and in particular, a large amount of further legislation and regulations will need to be adopted. The Russian Government and other state agencies will issue these, fleshing out the details of particular procedures and issues relating to the law "On the contractual system."

Karpin's predecessor was sacked after Russia was eliminated in the group stage of Euro 2020.