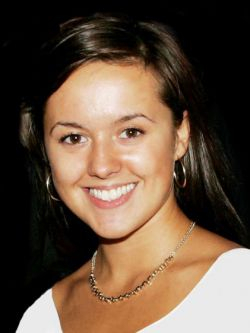 As of Oct. 1, 2013, a new object of proprietary rights in civil transactions has been introduced — the integrated real estate complex (ediny nedvizhimy komplex or "ENK").

What is an ENK?

The ENK was initially thought of as a technological real estate asset complex — i.e., a complex item that includes various movable and immovable properties unified by a single economic purpose, as well as the underlying land plot. However, the lawmakers deviated significantly from this intent.

First, the items comprising an ENK do not necessarily have to be physically or technically related. This means that, if dissimilar, entirely unrelated properties are located on the same land plot, this is sufficient for them to be combined into an ENK, even if the sense of such combination is unrelated to any technical or production need.

Second, an ENK cannot incorporate the land plot. Here the lawmaker abandoned the principle of the integration of land and the real estate assets thereon; therefore, a land plot and the ENK thereon could potentially be involved in civil transactions separately from one another.

Third, an ENK is subject to the rules on indivisible objects, which cannot be divided in kind without destroying or damaging them. Hence, it is unclear whether it is possible to separate pieces of ENK, in as much as treatment as an indivisible object presumes that a part thereof cannot be the subject of independent civil rights and be involved in transactions.

Why do we need an ENK?

Initially, the ENK was meant to replace the idea of an enterprise (asset complex), which has not been implemented in practice, to formalize the principle of the integration of a real estate assets and underlying land plot, and also to formalize the legal status of nonstandard infrastructure facilities as real estate assets (infrastructure lines, sewerage systems). However, none of the stated objectives were achieved in their entirety.

Nevertheless, the introduction of the concept of ENK may also solve a number of other problems.

First, combining pieces of property into an ENK could simplify civil commerce involving the same. And this applies not only to production complexes, but also residential (e.g., condominiums) and social (recreation facilities, academic institutions) complexes.

Second, if items are of significance specifically when combined as a unified whole (e.g., are involved in a production process), their inclusion in an ENK would make it possible to prevent the division thereof and the discontinuation of the relevant production process or other socially useful functions (in particular, an ENK of natural monopoly entities providing public utilities).

What problems are anticipated?

Since ENKs are subject to the provisions on indivisible objects, recovery may be sought against an ENK only as a whole, unless otherwise provided by a law or judicial act. This could significantly reduce the attractiveness (liquidity) of ENKs as pledged (mortgaged) property, since the sale of an ENK will be hampered by the impossibility of the division thereof.

The legislation does not contain the criteria that should guide an owner when forming an ENK. This could be taken advantage of by, for example, an unscrupulous pledgor intending to "inflate" the value of its property, basing this on the fact that the property combined in an ENK is, as a whole, more valuable. That being said, the ENK could include illiquid assets and things that are unrelated to one another and are not involved in the production process. This legal loophole could also be used by a seller desiring to get rid of an illiquid and unneeded asset — if such asset were included as part of an ENK, the buyer would be forced to purchase it "as part of the bargain."

Accounting for ENKs remains an open question. Seeing that an ENK is treated as an indivisible thing, it should appear among the fixed assets of the ENK owner as a single inventory item. However, the amortization principles for ENKs are unclear, since the amortization periods for movable and immovable property differ, and land plots are not subject to depreciation at all.

In place of an epilogue…

Obviously, the introduction of the ENK was not thoroughly thought out and prepared, which will inevitably result in a number of practical and legal problems as it is implemented. For now, it seems, we can only wait to see what further steps lawmakers and judicial authorities will take to resolve these problems.