Sochi's subtropical climate is a real gift to garden-lovers. The city's lush parks are a salvation in the summer for anyone trying to find shade from the scorching sunlight, and a surprise in the winter months when you can still see some greenery and pull off ripe citrus fruits.

This much would already be enough to satisfy city visitors, but in Sochi parks offer even a little bit more. They can unite nations, like the Friendship Tree Garden, or reunite lovers after a quarrel, as is bound to happen when you sit on the Reconciliation Bench at Riviera Park. The key to seeing them all is to keep walking and never look directly at the sun. 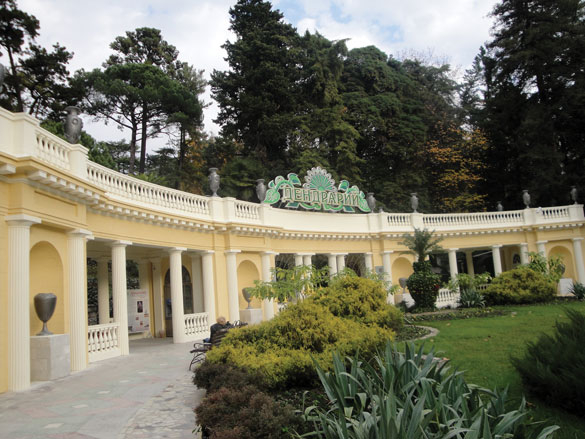 While Sochi is famous for its many sprawling, luxurious and exotic parks, the arboretum is the indisputable crown jewel in this expansive network.

The Sochi Arboretum is one of the largest in the world and worth a day trip on its own. If you do not have a whole day to spare, maximize your time by taking a cable car to the highest point in the park then walking downhill to the front entrance. The top viewing platform offers breathtaking views of the Caucasus Mountains, and looking down at the park it is hard to believe that it was built on the enthusiasm of one person, especially someone with no background in gardening.

The aristocrat and publisher of a St. Petersburg newspaper Sergei Khudekov bought 50 acres of land in Sochi in 1889. He was a man of many professions, simultaneously writing plays, opera librettos and fiction, while studying ballet occupied his "spare" time. The Sochi land plot ultimately turned into another large-scale project that Khudekov devoted his energy too.

Exotic plants were brought in from botanical gardens of the Caucasus and Crimea, even Europe. Terraces, ponds, fountains and sculptures helped to make the arboretum even more heavenly, and Khudekov was so enchanted with the results that he built a villa there and named it Nadezhda in honor of his wife, a lieutenant's daughter.

Unfortunately, the good times did not last. Khudekov had to sell the garden after the February Revolution and, as nobody had much time or interest in its upkeep during the Civil War, the park fell into disarray and many plant species were lost. It was restored only a decade later as part of Joseph Stalin's efforts to turn the city into a top-notch resort. The arboretum's fortunes improved further after World War II when it was handed over to a botanical research group.

Now the park covers 49 hectares and has more than 1,700 plant species, including 76 varieties of pine, 80 varieties of oak, 24 species of palm trees as well as bamboos, cypresses and rare subtropical plants. In addition to the wide variety of plants, you will have a chance to see some exotic birds in the garden. Peacocks proudly walk along its alleys, ostriches look out from their cages while swans, pelicans and ducks swim nonchalantly in the lower pond.

The park underwent another large reconstruction ahead of the Olympics, and there is work underway on transforming Khudekov's villa into Russia's first museum of ballet. The museum is expected to open in summer 2014. 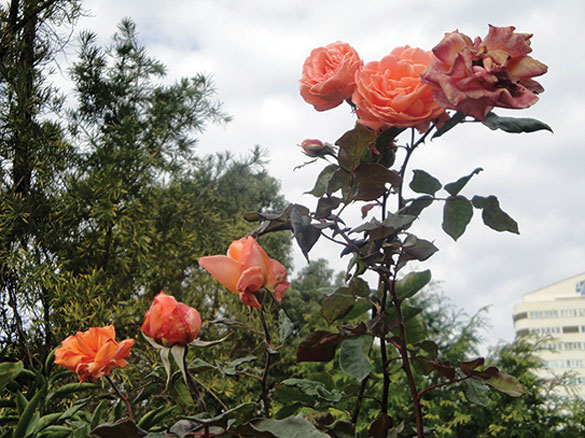 The Friendship Tree Garden is living proof that magical things can happen but, unlike any fairytale you have heard before, this one begins with a Soviet researcher. Fyodor Zorin had a dream to grow new, frost-resistant varieties of citrus trees, but, unlike young Jack, he had no magic beans or seeds to work with. Zorin had to achieve his vision the hard way, and in 1934 he set out to incorporate different species into a single-tree crown. Eventually he had Japanese mandarins, Spanish oranges, Chinese kumquats, Italian lemons and American grapefruits, among other citrus variations, growing in one spot.

Zorin's experiment might have been overlooked if not for well-known polar explorer Otto Schmidt who was so fascinated by the idea of uniting the world under a solitary tree that he grafted his own twig onto it in 1940. Others followed.

Now the Friendship Tree has twigs that were grafted by people from 167 countries. There are more than 600 living autographs in total and if you stick your head through the shrubbery, you will see small plaques with the names of political leaders — from former Russian president Boris Yeltsin to the mayor of Guatemala City, United Nations' secretary-generals, Soviet singers, German pastors and Mexican artists.

The concept got people so excited that they started sending letters and packages to the garden, marked with a simple address "Friendship Tree, Sochi." These presents — more than 7,000 of them from around the globe — are now on display at the Museum of Peace that opened on the garden's grounds in 1981. There are musical instruments, photos and souvenirs, but perhaps the most remarkable presents are boxes that contain soil from memorial sites and graves of famous people.

Part of the dirt is traditionally placed at the bottom of the Friendship Tree, while the rest is given to the museum. As such, the Friendship Tree now grows on dirt taken from the grave of the novelist Leo Tolstoy, novelist Anton Chekhov's childhood home, composer Pyotr Tchaikovsky's grave, the home of the Scottish lyricist Robert Burns and the site of poet Alexander Pushkin's fated duel. There is also coarse ground from Antarctica, water from the North Pole and, like any good fairytale, soil from the homeland of Hans Christian Anderson.

Take some time to stroll through the garden and spot the other, smaller friendship trees that were planted here by international delegations. There are 76 such trees planted by people from Bulgaria, Canada, France, Japan, the U.S. and other countries.

The garden is also interesting in terms of the wide array of exotic plants that you can see here, coming from as far away as China, Japan and Brazil. Late fall is the best time to visit the garden as you will not only get to see many of the trees in their harvest period, but you can also buy some fruits yourself — and what tastier souvenir is there than a lemon or mandarin from the Friendship Tree?

Cosy and understated, the Russian-Japanese Garden may not have the grandeur of the Sochi Arboretum or the symbolic message of the Friendship Tree, but it is a much needed alcove of peace in the very heart of the city.

The park opened in 1986 and showcases plants that were brought to Sochi straight from Japan. As it is small, the easiest way to spot the park is to locate the small dragon statue at the entrance.

Soviet Komsomol members might have created Sochi's beloved Komsomolsky Skver, but their idea to present the city with a nice walking zone was not entirely original. Another group of students, this time attendees of the city's male gymnasium, took up shovels and planted an alley of sycamores in the city center in 1913. The alley was dedicated to the 300-year anniversary of the Romanov dynasty and miraculously survived the Soviet period despite this slightly unorthodox commemoration. Some trees did perish in 1993 when construction workers put heating pipes too close to their roots, but the lost specimens have since been replanted.

Sycamores are valued for their long life spans, so as you walk down the alley, imagine what it looked like a century ago and what it will look like up to 2,000 years from now. Also try to come back to the area in the evening to watch the Singing Fountains, which are located along the alley. Their sing-and-dance number will surely make you appreciate how beautiful Sochi can be after sundown.

Sochi's parks can be crowded and noisy in the summer months or during the weekends. To get away from the clatter, opt for a stroll along the embankment on the east side of the Sochi River.

This walk is long enough for you to share a secret but not long enough to compel you to tell too many secrets and then regret it. It is also the perfect place to hide away from the sun and eat an ice-cream cone without it melting in your hands in the hot summer months. 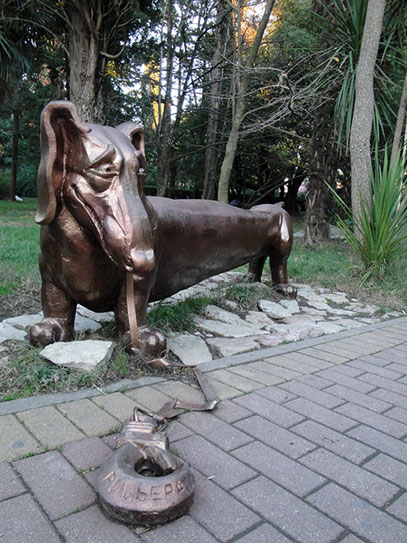 Park Riviera is a great place to go with kids, but do not be spooked by the multiple kids running around if you are here on an amorous mission. They tend to shy away from the blatantly romantic spots in the park. The most obvious of such spots are the Love Fountain and Lovers Bench. The bench is welded from 1,000 metal hearts. The official prescription is for couples to sit on it and make a wish, although these instructions should probably also include a paragraph on waiting in line, which you may have to do, as other lovebirds mull over their wishes or the skill set of their unfortunate photographers. Newlyweds, of course, get to cut the line.

If your romantic stroll in the park has not gone as planned, you may be better served by looking for the Reconciliation Bench. It is built in such a way that forces any couple to get closer to each other. You have to try it to believe it.

And finally, if you have come alone and do not think any of the options above will make you particularly joyful, you can confide in the bench shaped like a dachshund, which you will find a short walk from the main entrance. The dog appears to have been abandoned by its owner and could potentially be a sympathetic listener.