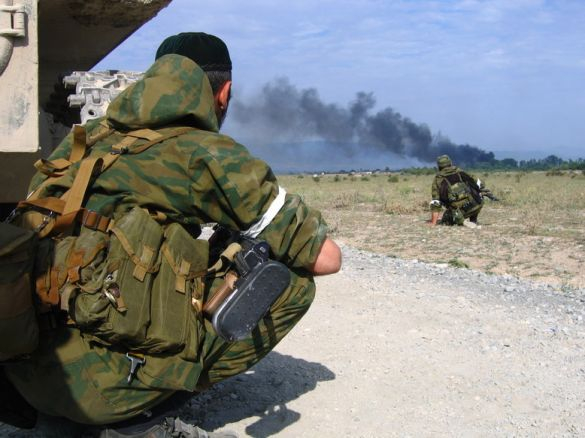 Never before has a country found itself in Russia's position: grappling with a series of terrorist attacks just weeks before it hosts an Olympic Games.

Now, six weeks before the opening of the Winter Games in Sochi, twin suicide bombings in two days have rocked the city of Volgograd, killing at least 33 people.

No one has claimed responsibility for the attacks.

But early indications suggest that the similarities between the two, and a third suicide bombing in Volgograd in October, make them the handiwork of a single mastermind.

Furthermore, no credible motive for the attacks has emerged other than the probability that North Caucasus militant leader Doku Umarov is flexing his muscles ahead of the Olympics.

"The terrorists have demonstrated that they can attack the same targets several times, showing that the government is defenseless against them," said Yekaterina Sokirianskaia, head of Russia office of the International Crisis Group, an organization that recently called the unrest in the North Caucasus as "the most violent in Europe today."

Umarov, leader of the so-called Caucasus Emirate, which aims to unify the North Caucasus into a single Islamic state, imposed a ban on terrorist attacks following a wave of anti-Kremlin protests in Moscow in 2011 and 2012. But he lifted the ban in July 2013, vowing to disrupt the "satanic" games in Sochi.

The first major attack took place in October when a female suicide bomber detonated her explosives in a Volgograd bus, killing six. The bomber turned out to be a convert to Islam and the wife of a Dagestani militant.

The likely perpetrator of Sunday's train station attack, which killed 17, has been identified as Pavel Pechenkin, a native of the Mari El republic who converted to Islam and joined an insurgency group in Dagestan in spring 2012.

The suspected suicide bomber who struck a trolleybus on Monday, killing 14, has been traced to the same insurgency group.

Dagestan is located just a few hours' drive east of Sochi, while Volgograd is located about 700 kilometers to the north of the Black Sea city.

Security has been a primary concern for Olympics organizers, with the government allocating more than $2 billion for the purpose. But terrorism still remained rife in the North Caucasus in 2013.

A total of 34 terrorist attacks were carried out in 2013, with eight of them perpetrated by suicide bombers, according to data collected by the Caucasus Knot news agency.

The wave of terrorism might be in response to a new hardline policy adopted by Dagestani leader Ramazan Abdulatipov, analysts said.

Abdulatipov, appointed to the post by President Vladimir Putin in January with a mandate to maintain security ahead of the Olympics, has abolished commissions for the rehabilitation of insurgents, as well as Muslim madrassas, kindergartens, charities and mosques.

Many Muslims have been forced to leave the republic, while relatives of suspected militants and their accomplices have been detained and their houses destroyed, according to a recent report by the International Crisis Group.

"The current pressure applied against Muslims in Dagestan only leads to the radicalization of people who were quite moderate toward the federal government," said Gregory Shvedov, a leading expert on the Caucasus and editor-in-chief of the Caucasus Knot. "People who were in the political opposition only six months ago have now turned into radicals, and some of them have taken up arms."

It is unclear whether the radicalization of some Dagestani residents might have played a role in the Volgograd attacks or whether it might pose a threat to the Sochi Games. But there is no question that ethnic Russian converts to Islam have participated in a growing number of terrorist attacks.

"More and more young Russians are joining the Islamist insurgency because they cannot find anything else that gives them a strong sense of mission in life," said Alexei Malashenko, a scholar in residence at the Carnegie Moscow Center.

"This is a massive phenomenon that is very difficult to counter. The government has to offer an alternative to these people," he said.

No country can provide a 100 percent guarantee against a terrorist attack. Russia faces an even more complicated situation, given the scale and complexity of the conflict in the North Caucasus.

"The attacks [this week] have served as a personal blow to Putin," Malashenko said. "The question today is not whether such blasts will happen again, but where and when they will occur."