The winners of The Moscow Times Awards, celebrating the best achievements in culture and business life in and around Russia's capital over the last year, will be announced in a ceremony on Tuesday evening.

More than 240 guests have confirmed their attendance at the event, which is to take place at the Metropol hotel in downtown Moscow. Among them are CEOs of Russian and foreign companies, diplomats, politicians and well-known figures in the capital's cultural life.

The idea behind the awards is to show, from a foreigner's perspective, how Moscow has developed.

"The city has changed in many ways," said Yekaterina Movsumova, The Moscow Times' publisher. "Our newspaper, which for 21 years has been an independent, English-language daily, has all the expertise to give an unbiased foreign opinion and to evaluate the positive changes that Moscow has undergone." 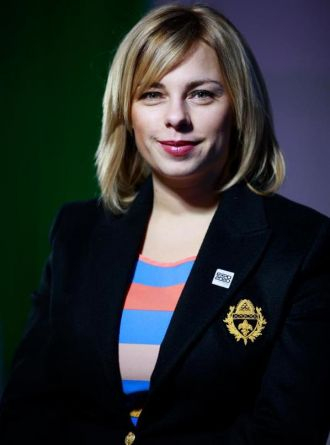 The long list of award nominees in 12 categories was first chosen based on how often they were referenced in The Moscow Times newspaper and on its website. An expert council, composed of journalists from leading global media and representatives of foreign chambers of commerce and embassies, then voted to decide the winners in each category.

The victor in one category, The Person of The Year award, is determined by readers' vote.

"We already have the results for this award and were surprised to find out who the winner is. All will be revealed at the ceremony," Movsumova said.

"My hope is The Moscow Times Awards will not only highlight successful people, organizations and events but also help the international community find new ways to succeed," said Andrew McChesney, The Moscow Times' editor-in-chief.

The CEOs of companies participating in the event see it as a means to create additional value and goodwill.

"Business is gaining a more and more important role in the development of civil and political society, and we believe this is a nice initiative from The Moscow Times to gather us at such an event," said Antonio Linares, managing director of Roca in Russia and the CIS.

International companies have a particular role to play in this regard, he said, because they are responsible for spreading higher social standards and established corporate practice, facilitating change.

Besides bringing together people from business and culture, the event will boast an extensive entertainment program.

Apart from the award ceremony itself, hosted by prominent television journalist Vladimir Pozner, the audience will be offered a multimedia show, displaying the changes that have taken place in Moscow as seen through the eyes of The Moscow Times photographers.

Another highlight will be a chess corner, organized by millionaire Andrey Filatov, where guests will be challenged by grandmasters of the sport.