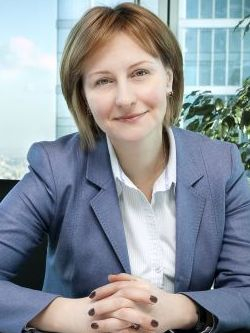 The development of a country's center and periphery is always affected by its size and geography. Everyone knows that the mentality and way of life of people living in the capital is different from that of people living in the regions. And their attitudes to education are different as well. Generally, in Moscow a pupil's parents have clear expectations that their child will study in a good school (a lyceum, gymnasium, specialized languages school or school attached to a higher education institute) and then go to a prestigious higher education institute, so as to get a highly paid job in a specialist field afterwards. Aware of this from an early age, schoolchildren and students in the capital have a good understanding of the steps they need to follow for future success. In the regions, things are different. Parents do not have such a strong influence on senior pupils and their choice of career. For them, the most important thing is for their child to get a degree. Not infrequently, a city has only one or two major higher education institutes, which everyone tries to get into. In the regions, there are a great many talented young people, only a small proportion of whom go to higher education institutes in the capital following regional and national academic competitions. A few more are successful in the entrance exams and also join the ranks of the students at Moscow universities. However, a large number are not confident enough in themselves and imagine that they are of no use to anyone in Moscow — not to higher education institutes and even less to employers.

However, times change, and with the development of infrastructure in cities, i.e. in Siberia and the Urals, many large companies, predominantly in the manufacturing and production sector, have arrived. Such cities have seen the opening of numerous plants by the main FMCG companies, as well as remote operating service centers and support offices. Thus, many regions are "in the pockets" of industry. The majority of young professionals have no option other than to work at such a plant or support office. Many young people would be glad to try something else, but they do not always know what opportunities are available and where they can go.

Such regions are a valuable source when looking for young specialists. However, another issue often arises as well — that they do not receive sufficient information. It is quite possible that students there would be glad to try out their strengths and win over companies located in Moscow, but they simply don't know about the existing opportunities. As a rule, these are the inhabitants of the most remote regions in Russia where the infrastructure is far less developed. Consequently, the interest of the majority of the largest companies in these cities has not been observed yet. This is why employers don't tell students about their companies and as a result students themselves have little idea about the actual companies that are well known in different sectors (finance, jurisprudence, etc.), in particular international companies. Students and graduates in the regions have less information at their disposal on how to land a job with market leaders and are less aware of the qualities that you need to develop in order to become a successful professional. It is often the case that they don't know how to find a promising internship or where to obtain the additional knowledge that is required in subsequent work. It is hard to expect students to be well versed in these matters if the employers themselves do nothing to help.

Taking into account regional specifics and the mindset of young specialists, far from all major international companies are ready to invest money in holding events in cities where they don't have their own offices. However, there is also another category of employers: employers who regularly deliver presentations, master classes and lectures in different corners of our country irrespective of whether they have their own offices in these regions. Why do they do this? It goes without saying that the clear goal is to recruit talented specialists — individuals who have the ability and desire to make headway and build their career. These individuals have everything that they need to work successfully in large companies, but it is often the case that they consider these companies inaccessible or unattainable. This is similar to a language barrier: the individual appears to have learned the language, but is afraid of using it. The only way of breaking this barrier is to speak with the individual in the foreign language so that he understands that he is succeeding, that he can overcome his fear. To a large extent, similar "career tours" also have educational objectives. We tell students about the opportunities that are available to work at our company — both in Moscow, and also in the regions, about the recruitment process that many are more than capable of mastering, and the employment benefits package, if they have to relocate.

Personal communications are extremely important for students from regional institutions of higher education. They consider information received from a manager to be far more valuable and trustworthy than information that they have obtained from browsing the Internet.

Practice shows that the majority of employees who have relocated from the regions are extremely motivated, hardworking and responsible. These are very valuable qualities that enable them to achieve success not only in their personal careers, but also to contribute to the development of the business. A company that is a strong believer in the importance of developing a business in regions and seeks to expand its presence geographically with new offices should definitely consider hiring candidates from different cities. Thus, efforts in looking for talent throughout the country are duly rewarded — this is a wonderful, long-term investment.