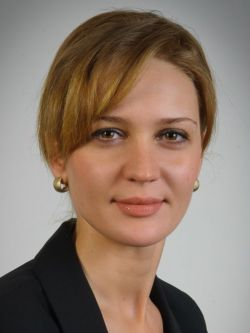 Whether, by analogy, the provisions of the law on domestic arbitral tribunals may be applied.

Russian legislation has accepted the idea of an alternative to dispute resolution methods through the state courts, in particular through arbitration. To this end, it distinguishes between two types of arbitration governed by separate laws: international commercial arbitration, within the scope of which fall disputes with a foreign element (when parties are located in different countries, or when foreign substantive law is to be applied) considered in Russia, regulated by Law No. 5338-1 dated 7 July 1993 "On international commercial arbitration" (the "ICA Law"), and domestic arbitration under Federal Law No. 102-FZ "On arbitral tribunals in the Russian Federation" (the "AT Law"), which covers internal commercial disputes without any foreign elements.

Regardless of the fact that an award of international commercial arbitration ("ICA") is decisive for the parties from the date when it is handed down, the ICA Law contains in section VII rules that provide for the possibility of and a procedure for challenging ICA awards. The AT Law contains similar provisions in relation to purely domestic disputes resolved with recourse to arbitration.

The ICA Law contains no direct prohibition on ICA awards being challenged, further stating that an award is final (article 32(1) of the ICA Law); further to this, it is a fully justified and logical conclusion that an ICA award may be challenged under the established regime despite the fact that it is final. In this regard, it is also correct to conclude that even if an arbitration agreement or arbitration clause states that an ICA award will be final for the parties, the parties are not deprived of the right subsequently to challenge that ICA award.

As a matter of general legal theory, the analogy of the law which, it seems to the author, the courts use when they examine cases challenging ICA awards, involves applying to an unregulated legal relationship a specific legal provision that governs similar relationships.

However, the regime for challenging ICA awards is clearly regulated by a special law — the ICA Law. This contains a rule that any ICA award may be appealed and it does not directly rule out the possibility of appealing an ICA award which has been established to be final by agreement of the parties (an arbitration agreement / arbitration clause). Moreover, as stated above, the ICA Law directly establishes that an ICA award is final (article 32(1) of the ICA Law).

Thus it follows from a literal systemic interpretation of the provisions of the ICA Law that even if there is an agreement of the parties that an ICA award is final, this does not mean that an interested party may not apply to a competent state court with an application to have such award set aside under the procedure of § 1 of Chapter 30 of the APC. A similar approach is contained in particular in the Resolution of the FCC MC dated 6 October 2011 in case No. А40-7186/11-50-55 and the Resolution of the FCC MC in case No. А40-54535/07-69-510.

In view of the above, when courts examine cases where ICA awards are challenged, it is an error if the courts, along with the rules of the APC which establish a procedural regime for this type of case to be examined, apply the provisions of AT Law, since it contradicts the principle established by the Russian legal doctrine that general and specific legislation should be applied.

When cases are examined which challenge the decisions of arbitral tribunals and ICA awards, the general rules to be applied are those of § 1 of Chapter 30 of the APC. However, the AT Law stipulates specific rules that are to be applied when cases are heard which challenge the decisions of arbitral tribunals, while the rules of the ICA Law are the specific rules that should be applied when ICA awards are challenged.

'time to prove themselves'

Chechen leader Ramzan Kadyrov said Monday he would send his teenage sons, including his 14-year-old son Adam, to fight in Ukraine. “It's time to...
to be determined

Russia plans to confer with residents in two Moscow-annexed regions in Ukraine while determining the exact borders of the areas to be integrated into Russia...
jailed academic

An elderly Russian scientist accused of passing state secrets to China as a guest university lecturer died Sunday under house arrest, his lawyers said...
swept up

Around half of those recruited into the Russian military from Far Eastern Russia's Khabarovsk region had been sent home due to wrongful mobilization, the...