Ahead of the Sochi Olympics in February, Russia is taking saliva samples from religiously conservative Muslim women, according to locals in the North Caucasus, gathering DNA so authorities can identify the body parts if any become suicide bombers.

The move coincides with a drive by President Vladimir Putin to crack down on an Islamist insurgency in Dagestan, a province in the foothills of the Caucasus Mountains, east of Sochi.

Under Putin, authorities seem to have given up trying to deal with the conflict through dialogue with adherents of the strict Salafist strand of Islam that many of the militants follow.

Critics say his new hard line is feeding the resentment that lies behind insurgent attacks in the region. On Oct. 21, a suicide bombing that killed six people in Volgograd, a major city north of Sochi, was blamed on a woman from Dagestan.

The turmoil is taking its toll on residents of the region. Albina Magomedova, a 35-year-old Salafi woman, left her home in Dagestan's capital Makhachkala for Turkey this month.

Her father disappeared after being kidnapped by gunmen, her husband was jailed and her brother-in-law, an insurgent blamed for suicide bombings on the Moscow metro in 2010, was killed by security forces, she said.

Surrounded by other hijab-wearing women at her home before she left the country, Magomedova said: "Allah does not allow us to take up arms. If he allowed it, we would."

Some of those gathered over sweets and tea disagreed, saying that revenge attacks by women are allowed under Islam.

Eight women contacted for interviews said they had been asked to provide swabs of saliva, which could be used to identify them if they blow themselves up. Locals said the DNA tests were part of a sweep after a suicide bombing in Makhachkala in May.

Police did not respond to a request for comment.

Dubbed "black widows", some 49 female suicide bombers have carried out attacks in Russia in the past 13 years, according to the Caucasian Knot website, which tracks the unrest. 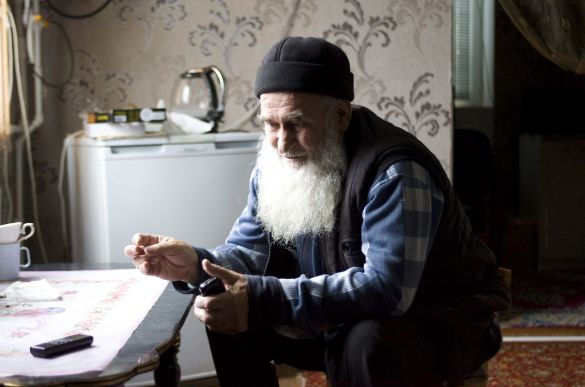 Abdurakhim Magomedov, a respected Salafi preacher who ran a madrassa.

In response, security forces have blown up the homes of militants' relatives, sealed off mountain villages and rounded up young men suspected of having ties to militants.

Many madrassas, or Muslim religious schools, and charities run by the Salafis have been closed. While some Salafis have fled abroad, others are taking up arms, Salafi leaders say.

"By [the time of] the Olympics, the most important thing for our image is for the situation to be calm and normal in Dagestan," said Ramazan Dzhafarov, Dagestan's deputy prime minister.

In July, Doku Umarov, the leader of Russia's Islamist insurgency, urged his fighters to use "maximum force" to sabotage the Olympics.

Putin hopes the $50 billion games will enhance Russia's prestige. He has tightened security around Sochi, where Cossack militia patrol the streets. 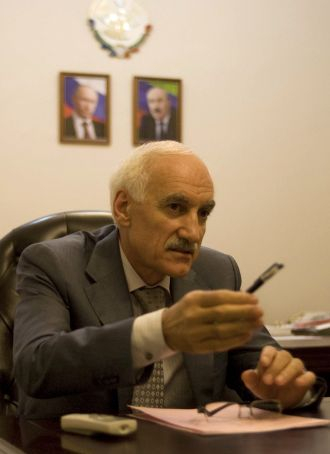 Interior Minister Vladimir Kolokoltsev told parliament that authorities were receiving "alarming information" and were working to eliminate leaders and members of armed groups.

"There are simply no other ways to combat these inhuman monsters," he said.

Security analysts say militants are unlikely to penetrate the layers of protection around Sochi but attacks cannot be ruled out, especially in nearby cities like Volgograd.

"The special services cannot prevent everything. There are many people who want to ruin the Sochi Olympics," said Sergei Goncharov, formerly a senior counterinsurgency official.

Dagestan, Russia's most southern province, has Islamic roots dating back to a seventh-century Arab invasion, and the majority of its 2.9 million people are Muslim. A growing number have become Salafis in recent years, influenced by scholars who studied in the Middle East. Some joined the Islamist insurgency that grew out of separatist wars in neighboring Chechnya.

Tamerlan Tsarnaev, a suspect in the Boston Marathon bombing, spent the first half of 2012 living in Dagestan.

At the rear of a hillside cemetery in Dagestan lie the remains of suicide bombers and militants killed by security forces, their graves marked with numbers instead of names.

Russia does not return the bodies to their families for burial, punishing them under a law passed by Putin in 2002. Police take bribes to disclose where they lie, residents say.

In September, Putin cited a Tsarist-era diplomat as saying "We need to bring order to the Caucasus once and for all," and added, "That was the case then, and it is still the case today."

On Oct. 25, parliament approved new legislation that he submitted, toughening punishment for terrorism and making the relatives of militants responsible for paying damages caused by attacks.

Putin in January dismissed Dagestan's former leader Magomedsalam Magomedov, who had relaxed tough religious policies, sought dialogue with Salafi leaders, allowed them to open madrassas, and set up a commission to rehabilitate rebels.

"They wanted to give young people an alternative for realizing their religious needs not in the woods [a local euphemism for joining insurgents] but at the mosque," said Yekaterina Sokiriyanskaya, the North Caucasus director of the International Crisis Group, an independent body that works to prevent conflict.

She credits the softer approach with fewer youths joining insurgent ranks last year and a 15 percent drop from the previous year in the number of insurgency-related deaths.

Today, the commission has been dismantled and many of the moderate Salafi leaders have fled abroad. 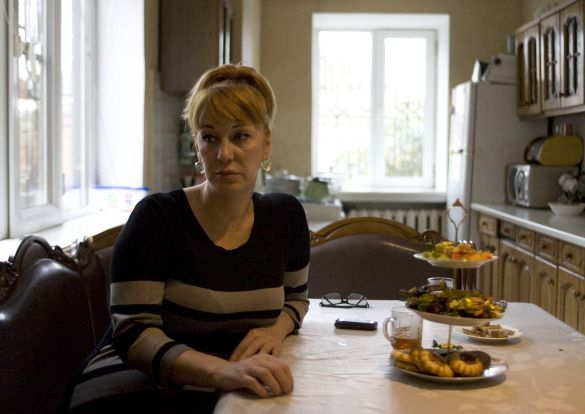 In Novosasitli, security forces arrived this month to close two madrassas. Dozens of masked men armed with rifles piled out of trucks, photographing students and taking their fingerprints.

"I cannot describe how terrified the girls were, how many tears were shed," said Abdurakhim Magomedov, a Salafi preacher.

Putin's new man in Dagestan, Ramazan Abdulatipov, a former philosophy professor and diplomat, has raised hopes that he will tackle corruption and organized crime in a region where many see religion as an alternative to a dysfunctional state.

Abdulatipov wants to halt Dagestan's "slide into feudalism," where police answer to local strongmen who collude with mafia-like gangs. He has fired 10 heads of district administrations.

In a move to tighten control, Moscow sent special forces in June to arrest the mayor of Makhachkala, Said Amirov. He is accused of plotting to use a missile launcher to shoot down a passenger jet to murder a state official.

Amirov, who says he has survived 15 assassination attempts, including one that put him in a wheelchair in 1993, said the charges were cooked up by political rivals.

"They will kill you just for wearing a police uniform. I tell my son that I could die tomorrow," said a police colonel.

Makhachkala resident Maligat Abakarova said the crackdown might suppress attacks before the Olympics, but it would drive more young people into the embrace of radical Islam.

Her daughter was jailed with three other young women in the summer after suicide belts were allegedly found in raids on their homes. Her supporters say evidence was falsified.

"What kind of daughter will I have when she gets out of prison? Do they think it will make her less radical?" asked Abakarova. "They are making monsters out of people."