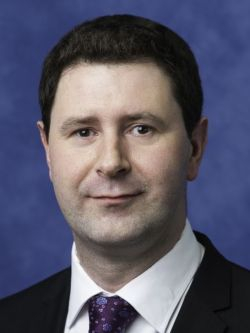 Much has been and will continue to be written about Sochi in the run up to the Winter Olympic Games. There is no doubt that it will be a huge success for Russia and that there will be an everlasting legacy for Sochi in terms of facilities, infrastructure, publicity and certainly in terms of future tourism.

Some commentators have been focusing on the money that has been spent "to stage the Olympic Games" but we must try and remember what Sochi was like prior to the successful Olympic bid. Historically, of course, it was a destination for the Russian elite, and from Soviet times it became a destination focused more on Sanatoria. Since the break-up of the Soviet Union, it has largely been a mass-market leisure resort still with a strong base of State-company owned Sanatoria. There was little investment (it was a forgotten place with massive potential) and the hotel market was growing mainly from small independent guest-houses. For years the only "proper hotel" in the coastal area was the Radisson Lazurnaya. The skiing in Krasnaya Polyana was for the adventurous with ski lifts that were very much from another era.

Today, we have a new airport that is one of the most modern in all Russia, a fast train connection to downtown and the mountains, world class ski resorts and a zone in the Imeretinskaya Lowland that will offer everything from beach resorts to congress centers, a theme park for the family, holiday apartments, a new stadium for the Russian national football team and the chance to see Formula 1 in Russia. There is a lot to be proud of for all of Russia, even for people like myself who have lived here for a long time and have in some way been involved in the creation of the new Sochi.

There will be three clear micro-destinations following the Games: downtown Sochi, the Imeritinskaya Lowland and Krasnaya Polyana. Each will have its own hotel market and its own seasonality. The goal has been to create a year-round destination — the "holy grail" for resorts the world over. It is true that "Greater Sochi" — that includes the 3 micro-destinations — will become a year round resort, but each micro-destination in itself will still face the challenges of seasonality, and more importantly for hotel owners and operators, challenges of intense competition from the significant number of new properties being delivered for the Games.

There are currently 4 million annual visitors to Sochi, 60 percent of whom arrive in the peak summer season. Ninety eight percent of these visitors are Russian, with more than 30 percent coming from Moscow and the Moscow region. We are often asked to comment on how Sochi can become a global destination, how it can reach out to foreign tourists. Our reply is always that the focus needs to be on attracting more domestic tourists. Russia has more than 140 million citizens; this is clearly an easier market to penetrate rather than trying to tempt foreign summer and winter tourists.

The scale of new hotel openings due to the Olympics is staggering. That a significant number of the new hotels are either in the upscale or luxury segment is impressive in terms of brand recognition but in terms of building "for the market" it is clear that such a volume of high-end hotels will require a number of years to allow demand to catch up with supply.

From having one Radisson for all those years, just the downtown zone will have almost 2,000 new rooms, with new hotels including Hyatt, Swissotel, Pullman and Mercure and others. The Imeretinskaya Lowland will have more than 6,000 rooms and the ski resorts will have many new hotels and apartments.

We feel confident that the winter resorts will find an audience for the winter season, it will become far easier to spend a weekend there skiing and there will be a good choice of hotels from small private guest houses and "midscale" branded hotels like Park Inn and Tulip Inn to upscale hotels like Capella and Swissotel. The big challenge for the mountain hotels is the rest of the year, the times when downtown and Imeretinskaya, with their beach hotels and meeting facilities, will be driving business. The spring and autumn meeting business will be crucial to the success of all hotels in Sochi. We believe that the government will do what it can to push events to the city but hotels themselves will need to attract companies from across Russia to hold events there in the so-called 'shoulder months' when temperatures are still high in the city and companies can feel like taking their events to the Black Sea. This though will come at a cost in terms of pricing. Companies will have many hotels and facilities to choose from and given the price of flights, they will look to make savings on the hotel, especially as we now also start to see new conference and spa hotels being developed in the Moscow Region.

The real winners in the mid-term will be the potential guest — they will have a significantly improved choice of quality hotels and facilities to choose from for their spa break, ski holiday, summer family break or corporate event and should be able to find the right option for the right price — and with all the infrastructure that has been added, they will have a "Sochi experience" that could never have been possible without the Olympic Games.