Contribute Today
Oct. 3, 2013
People commemorated on Thursday the 20th anniversary of Black October, a 10-day standoff between President Boris Yeltsin and the parliament that ended in military force and the deaths of at least 187 people.

Members of the Alpha special forces and other law enforcement agencies who defended the Ostankino against anti-Kremlin demonstrators on Oct. 3, 1993, paid tribute to fallen and wounded comrades near the television center at 10:30 a.m.
Nationalists held a memorial service at the same site at noon, while ultranationalists staged an evening rally at the White House, which back in 1993 housed the parliament, the House of Soviets.

A constitutional crisis erupted on Sept. 21, 1993, when Yeltsin dissolved the parliament amid economic turmoil that saw the population’s income halve over the course of a year.

The Constitutional Court declared the decision unconstitutional, and a parliamentary session chaired by Speaker Ruslan Khasbutov impeached Yeltsin and swore in his vice president, Alexander Rutskoi, as the new president. 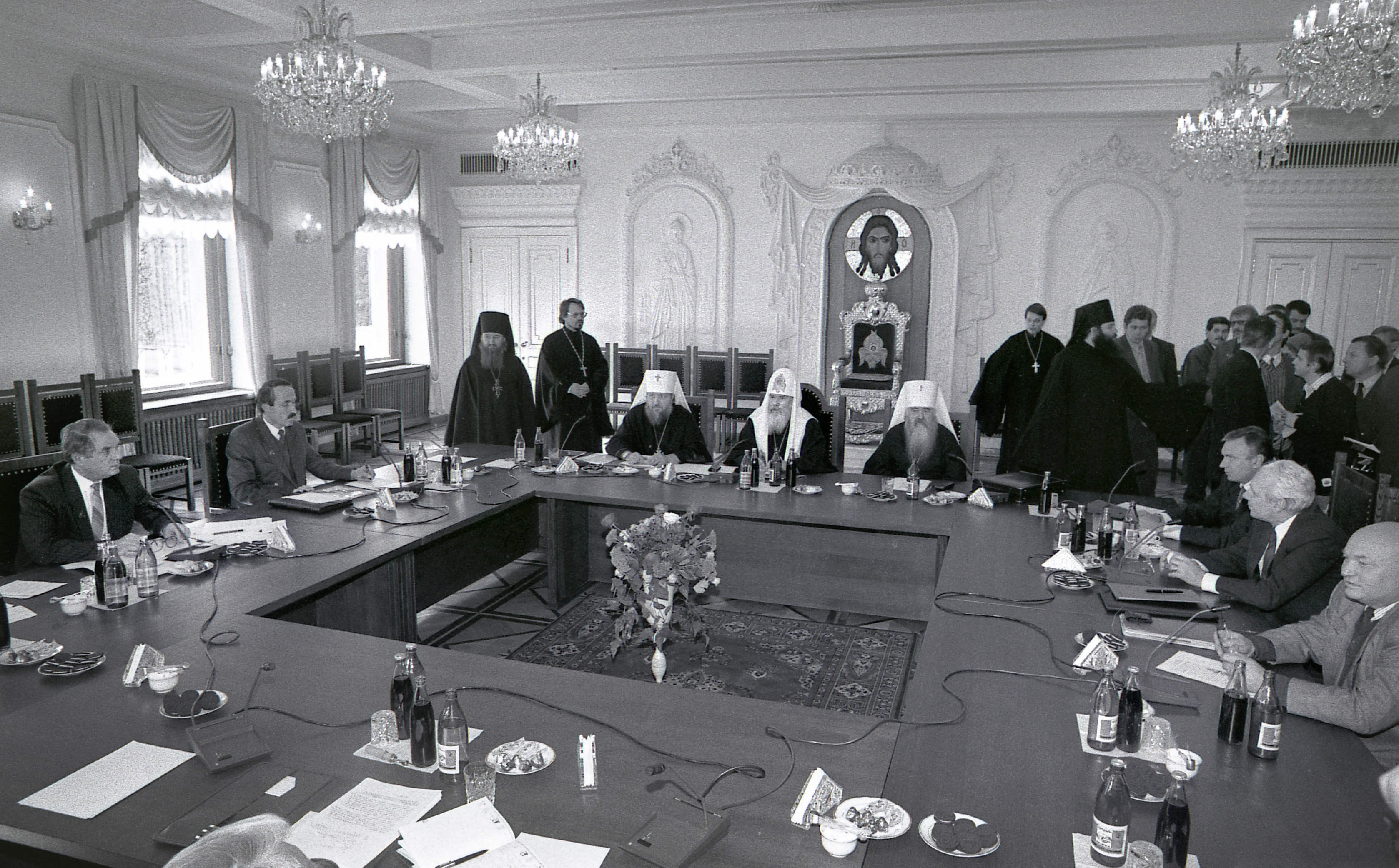 Negotiations overseen by Orthodox leaders between parliamentary members, left, and government officials on Oct. 1 continued to the next day. (Igor Tabakov / MT)


Days passed without compromise from either side, despite efforts of the Russian Orthodox Church to mediate. 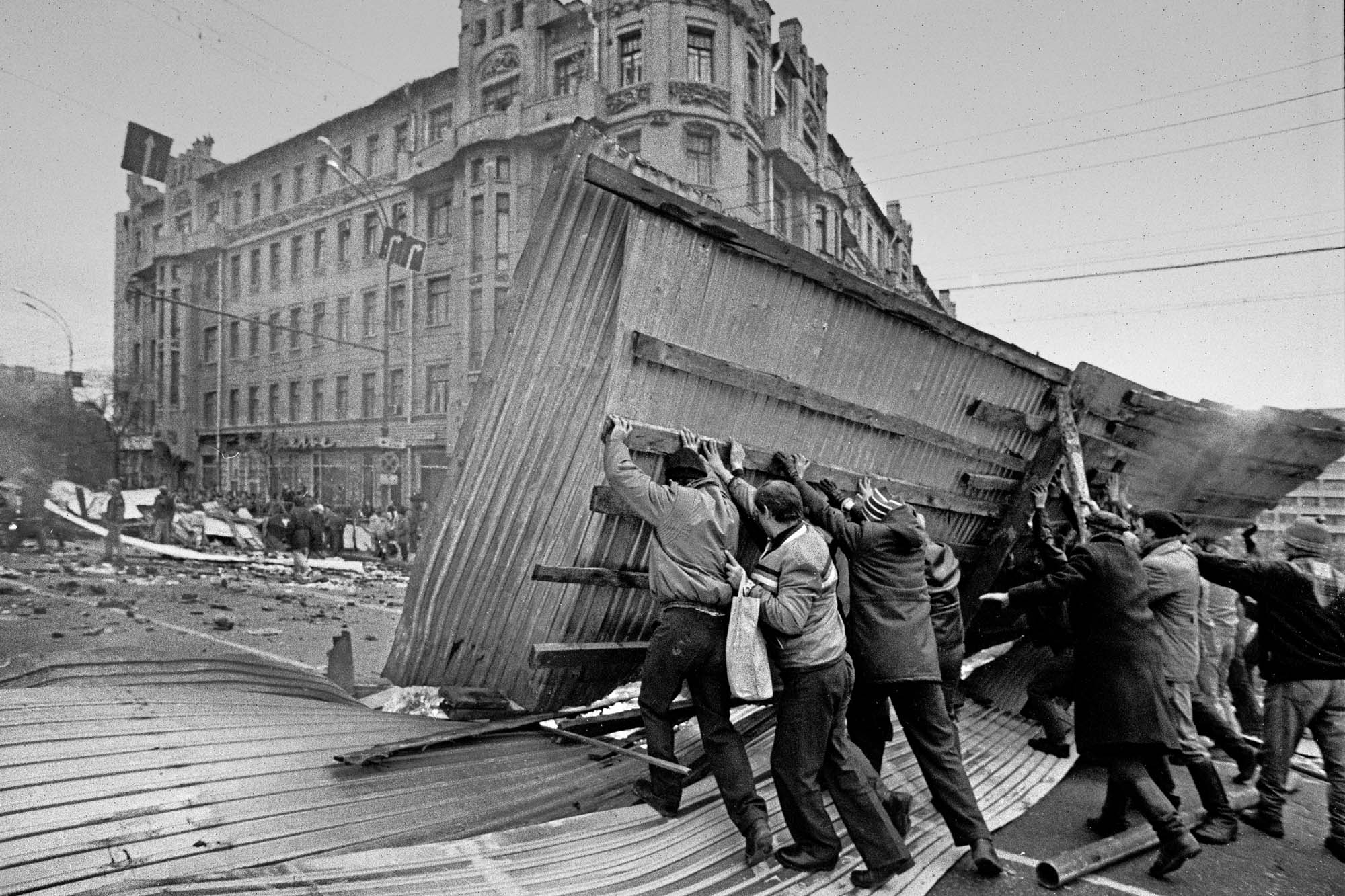 
On Oct. 2, protesters blocked traffic on the city’s main streets and constructed barricades. 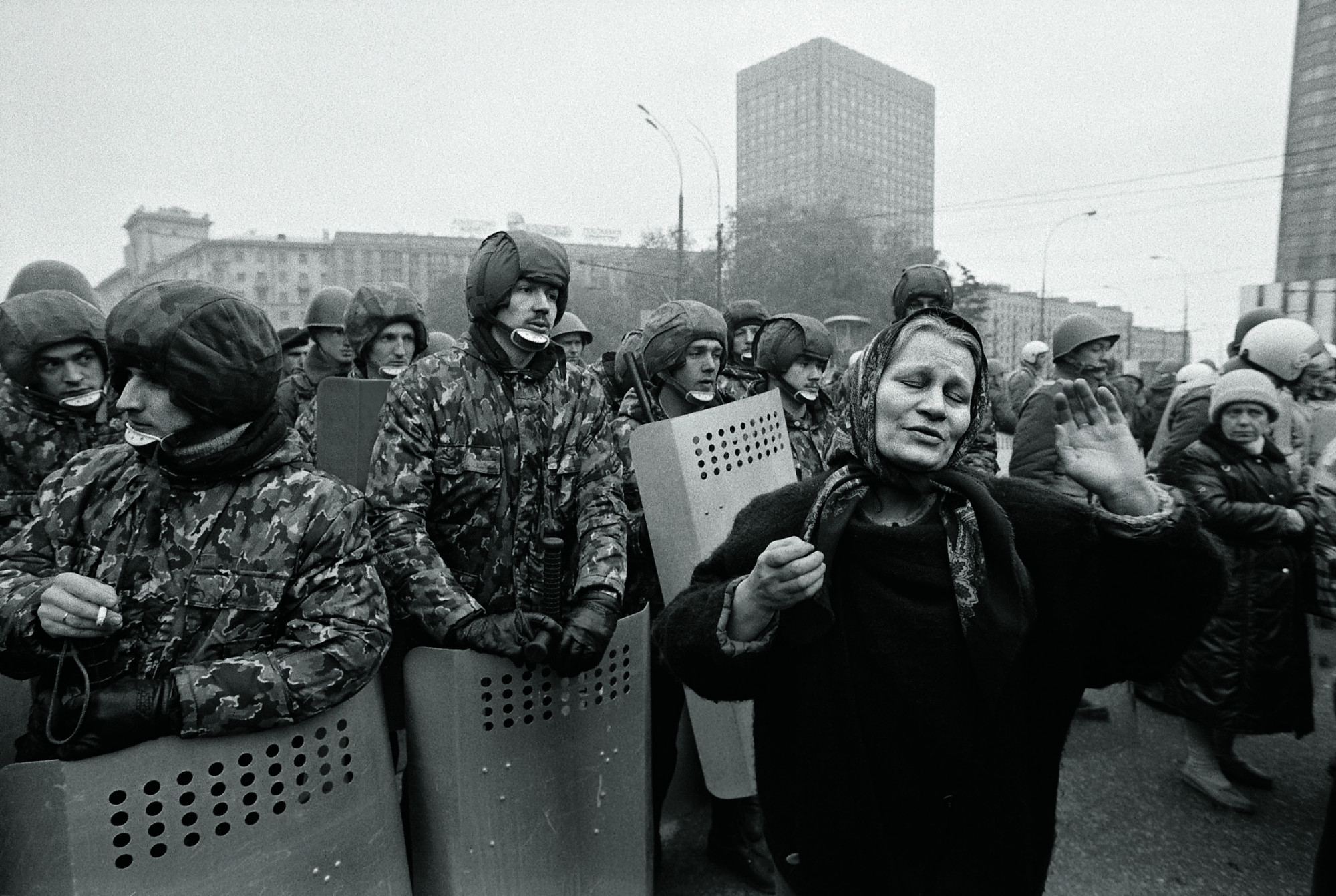 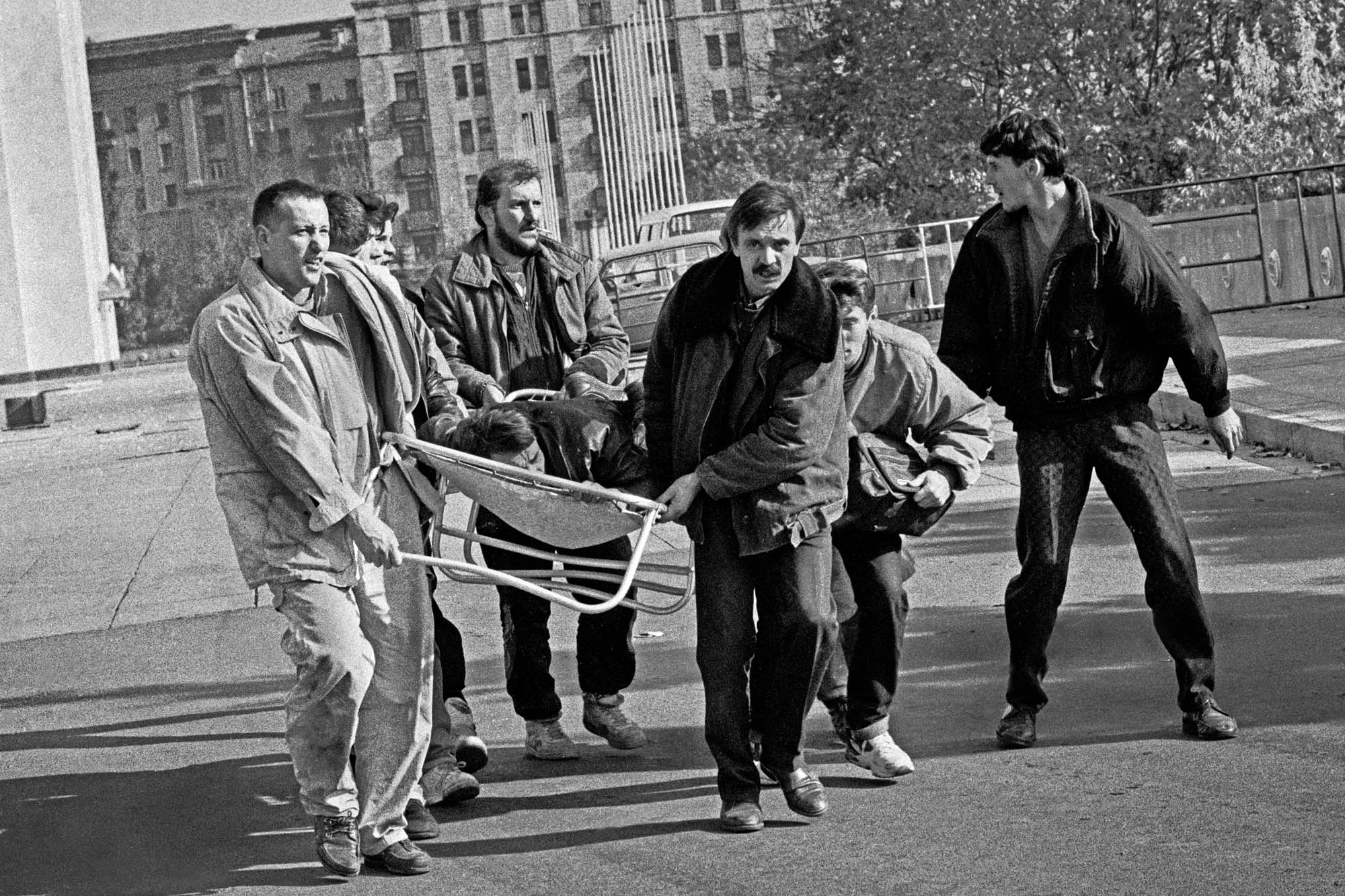 A wounded man being carried away on a stretcher near the House of Soviets on Oct. 3. (Vladimir Filonov / MT) 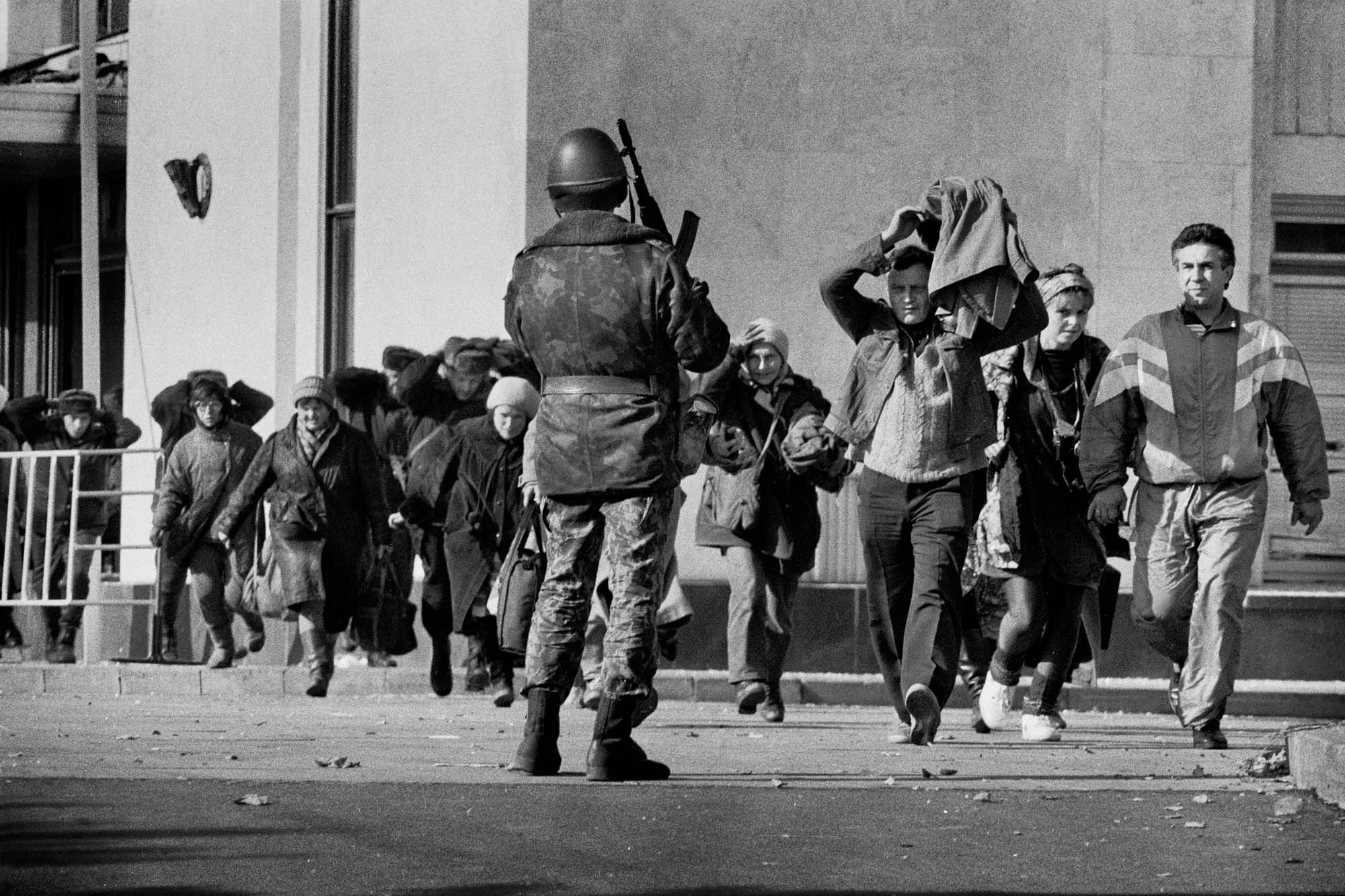 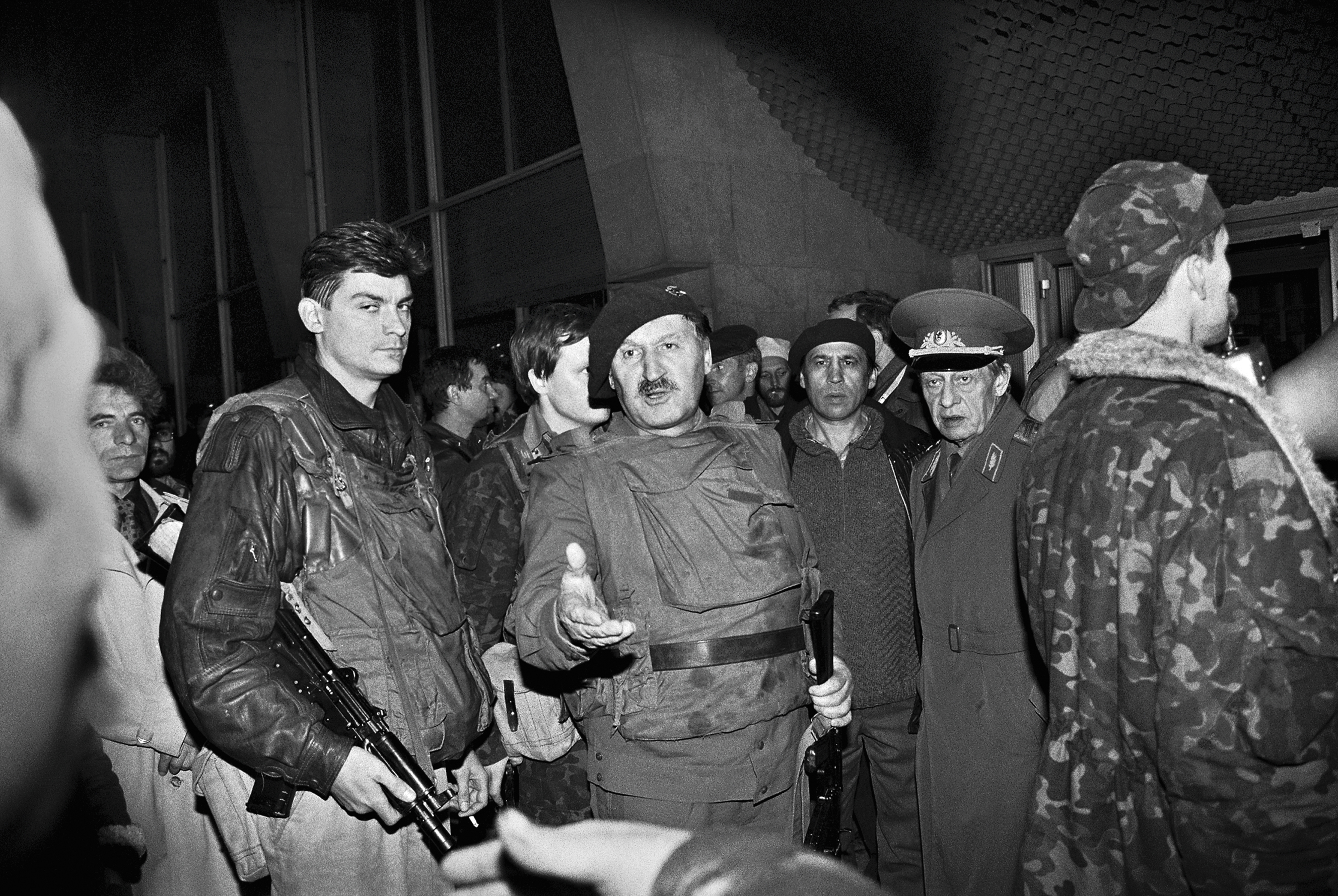 Tensions boiled over on Oct. 3 when anti-Kremlin demonstrators toppled police cordons to storm the parliament building, seized the Mayor’s Office and tried to capture Ostankino. 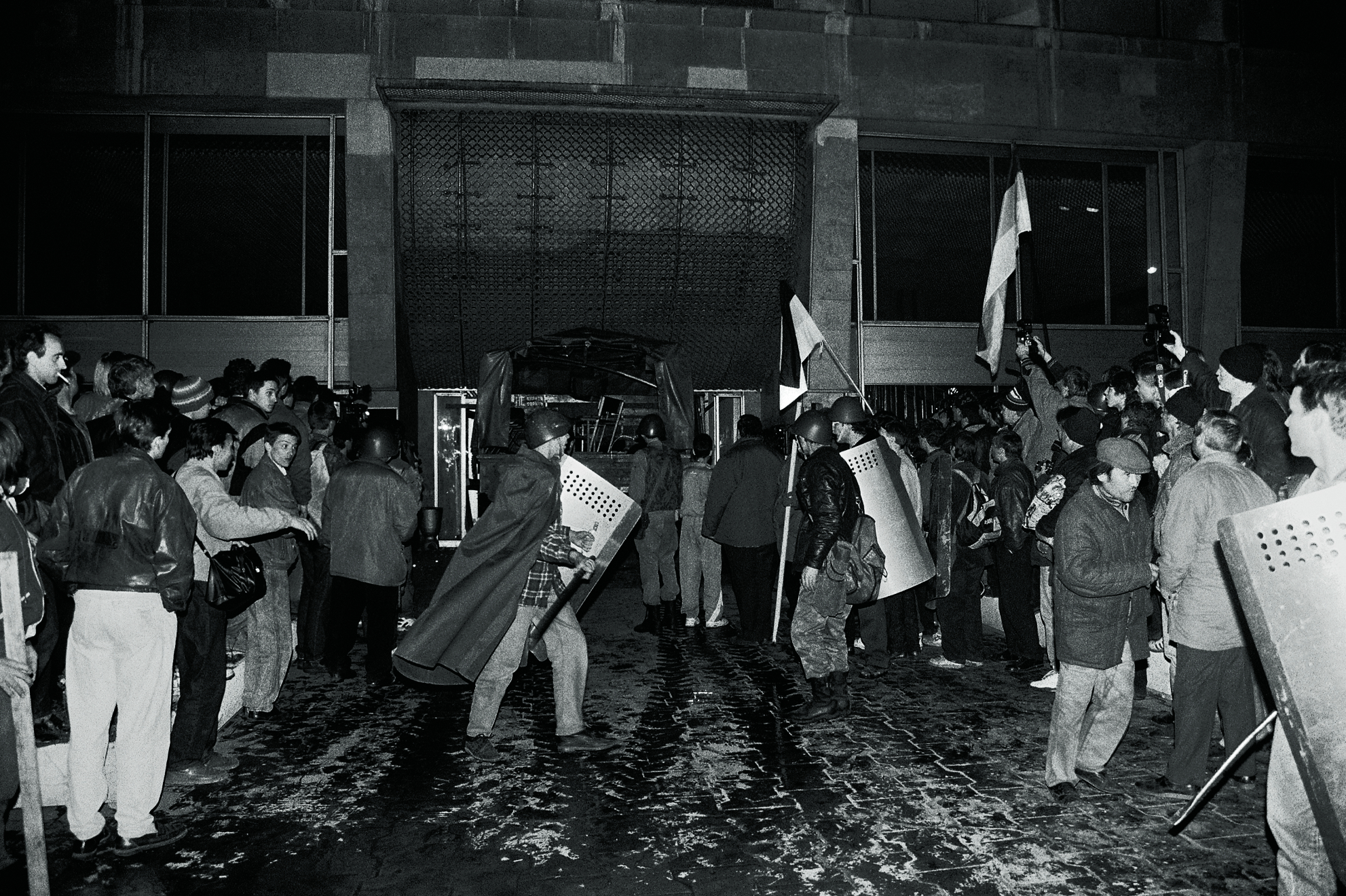 Rutskoi's supporters respond to his call to storm Ostankino on the afternoon of Oct. 3. (Yevgeny Stetsko / MT) 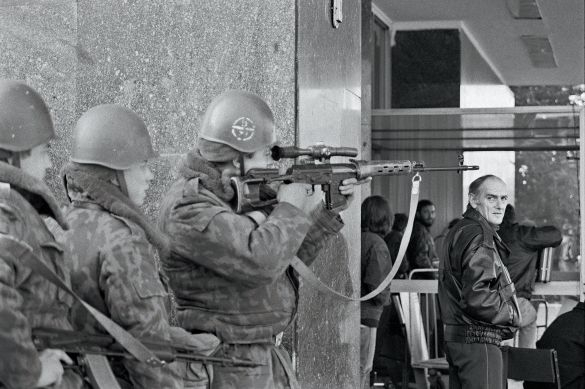 A sniper near the House of Soviets surrounded by troops loyal to President Boris Yeltsin. (Igor Tabakov / MT)


The military, following Yeltsin’s orders, stormed the House of Soviets in the early hours of Oct. 4, removing anti-Kremlin activists holed up inside and arresting their leaders, including Rutskoi. 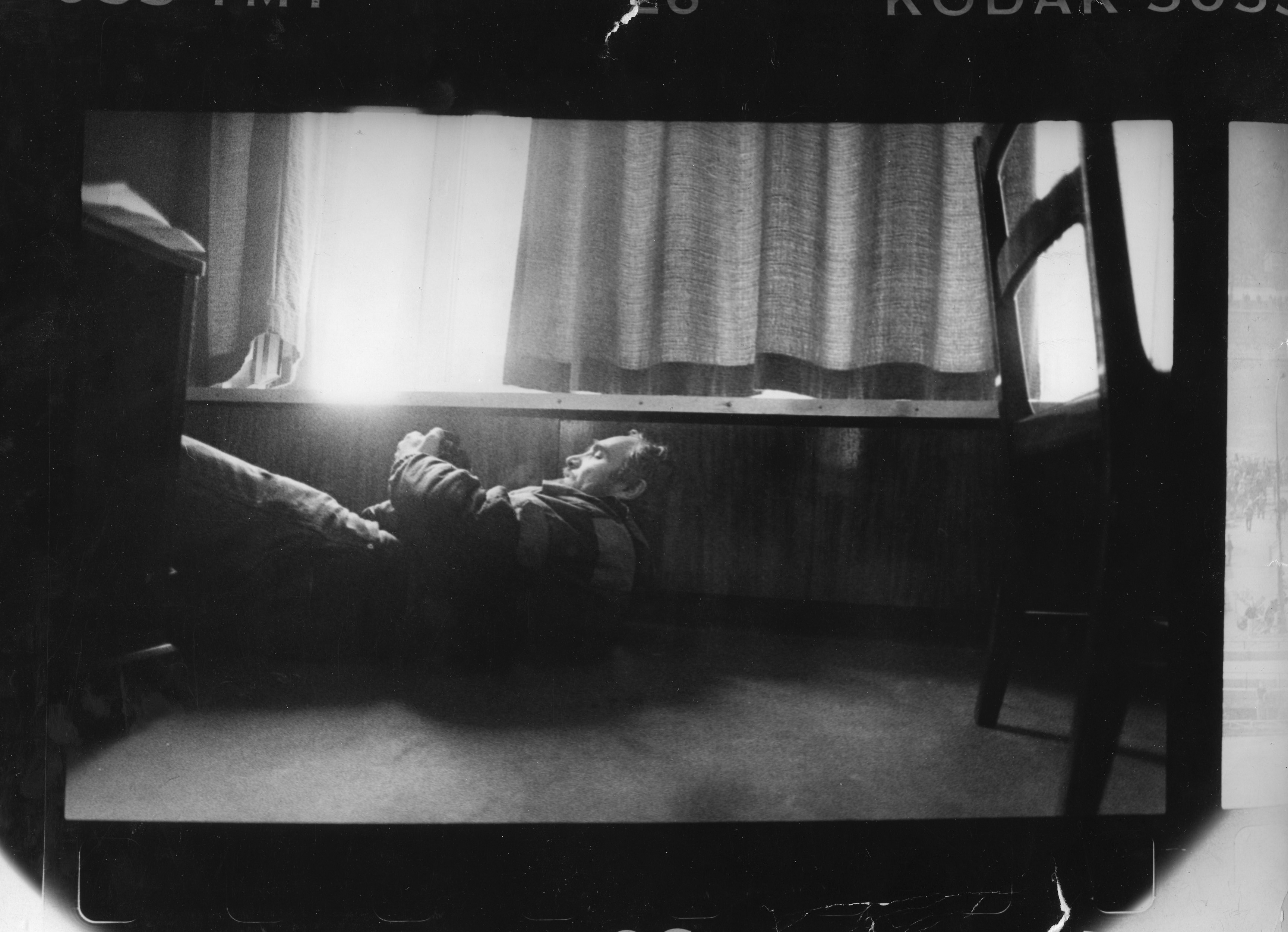 Moscow Times photographer Vladimir Filonov ducking to avoid sniper fire as he takes pictures from a hotel window opposite the House of Soviets on Oct. 3. (Igor Tabakov / MT) 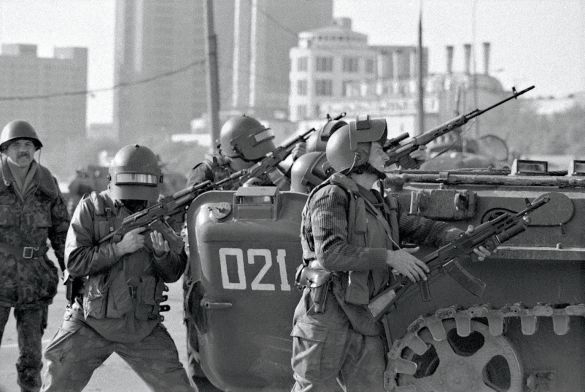 A group of commandos from the Alfa elite special forces setting their sights on the House of Soviets on Oct. 4. (Igor Tabakov / MT) 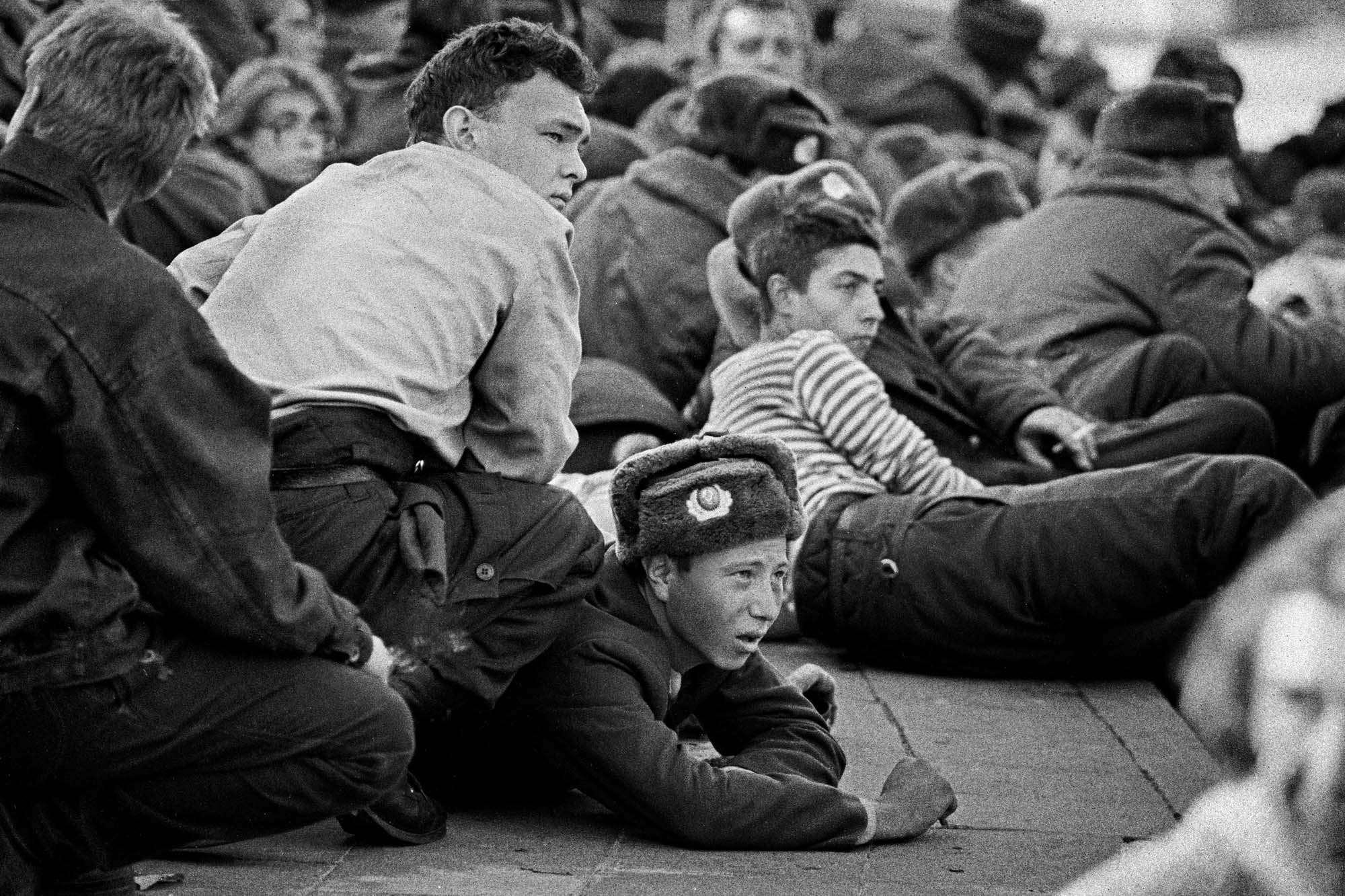 People crouching at the House of Soviets on Oct. 4. (Vladimir Filonov / MT) 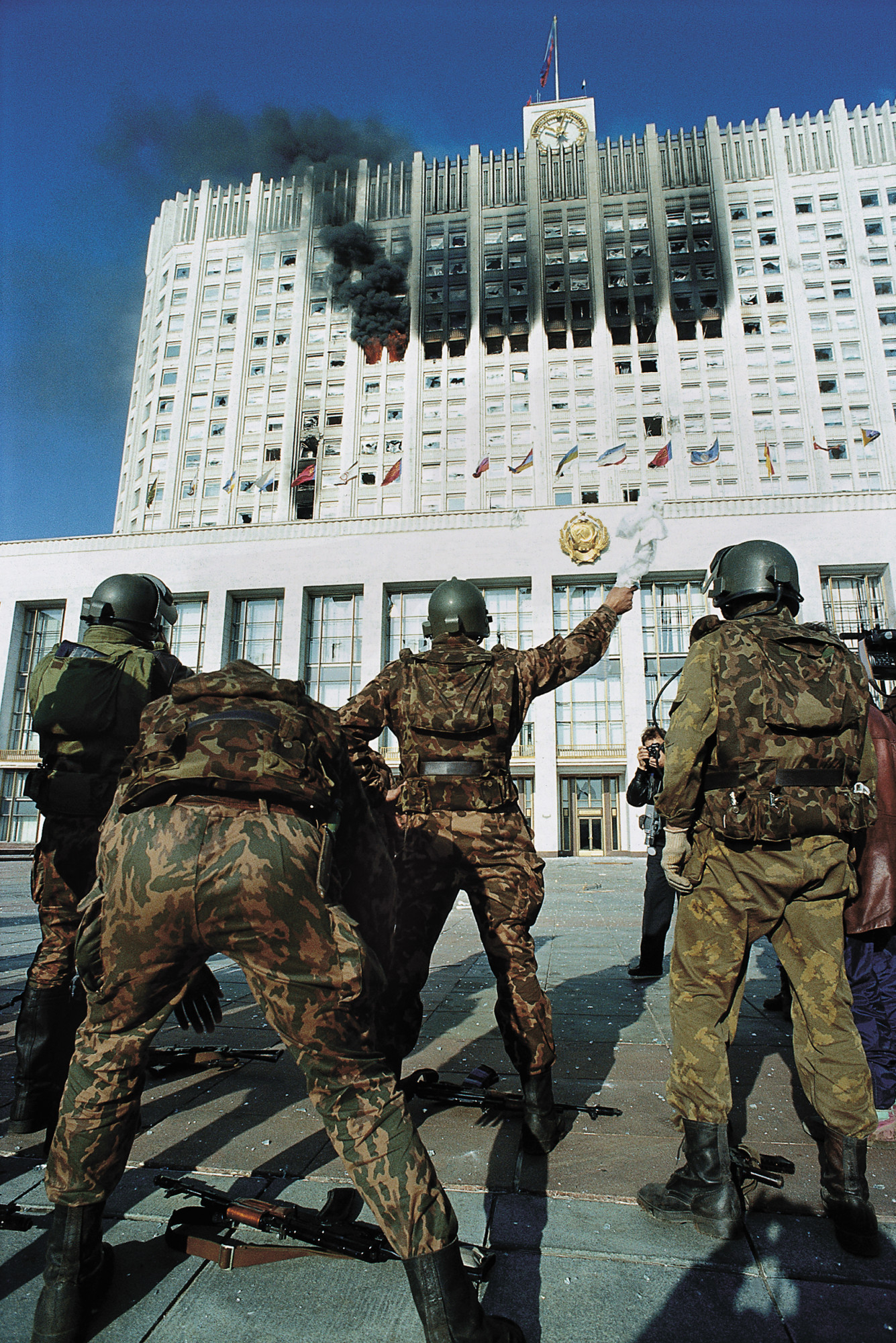 Alfa officers starting negotiations with the defenders of the House of Soviets, residence of the Supreme Soviet, on Oct. 4.
(Vladimir Filonov / MT)


Russians remain largely uncertain on whether Yeltsin or the parliament was in the right. A recent poll by the Public Opinion Foundation found that 57 percent could not answer the question, while 20 percent supported the parliament and 9 percent backed Yeltsin. 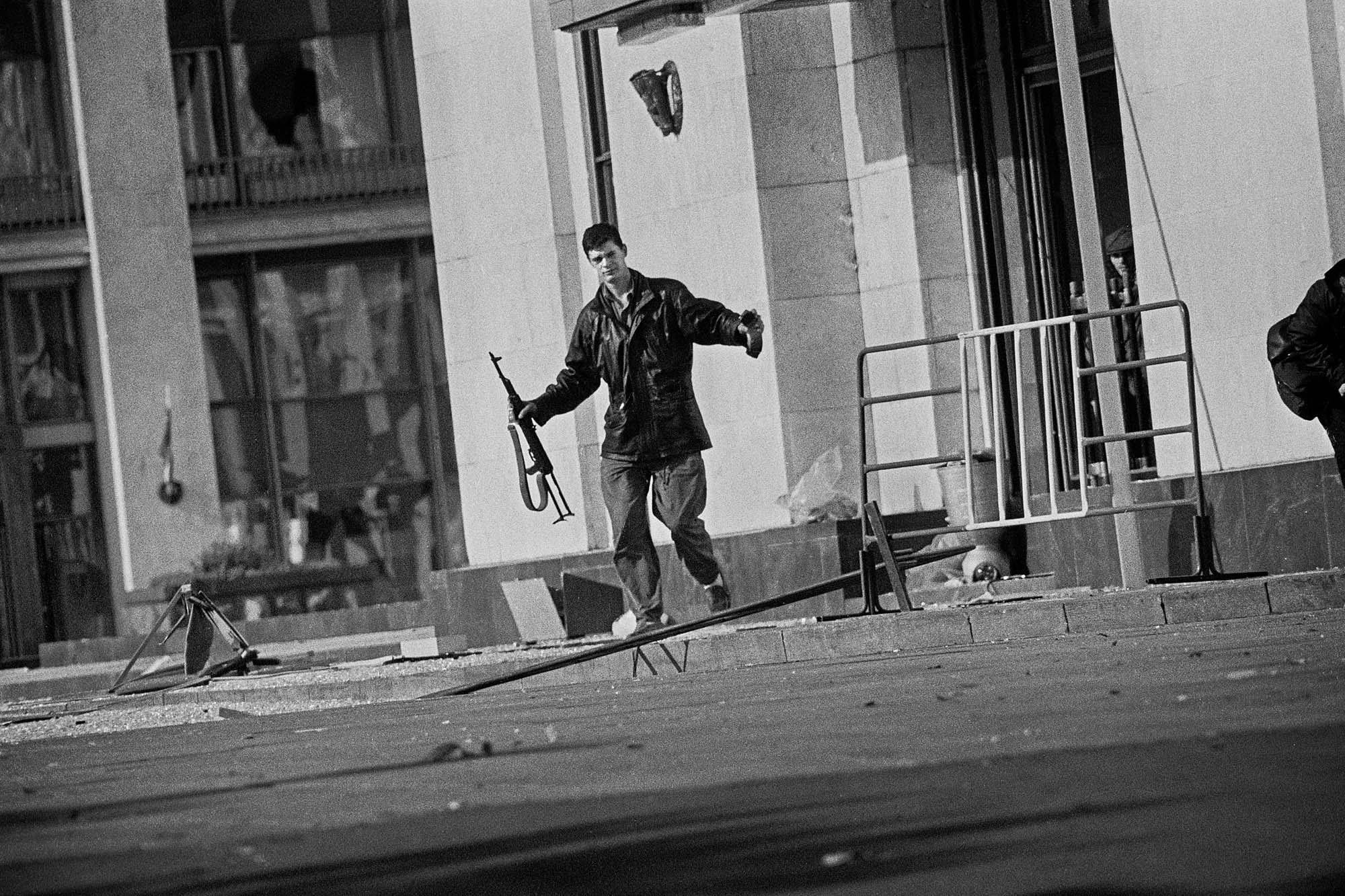 A defender of the House of Soviets surrendering to troops loyal to Boris Yeltsin on Oct. 4. (Vladimir Filonov / MT)


The events of 1993 serve as a cautionary tale to the ruling authorities today to respect dissent and to learn how to live and work with the the political opposition, a former senior Yeltsin aide, Sergei Filatov, said in a remarks published Thursday in Rossiiskaya Gazeta. 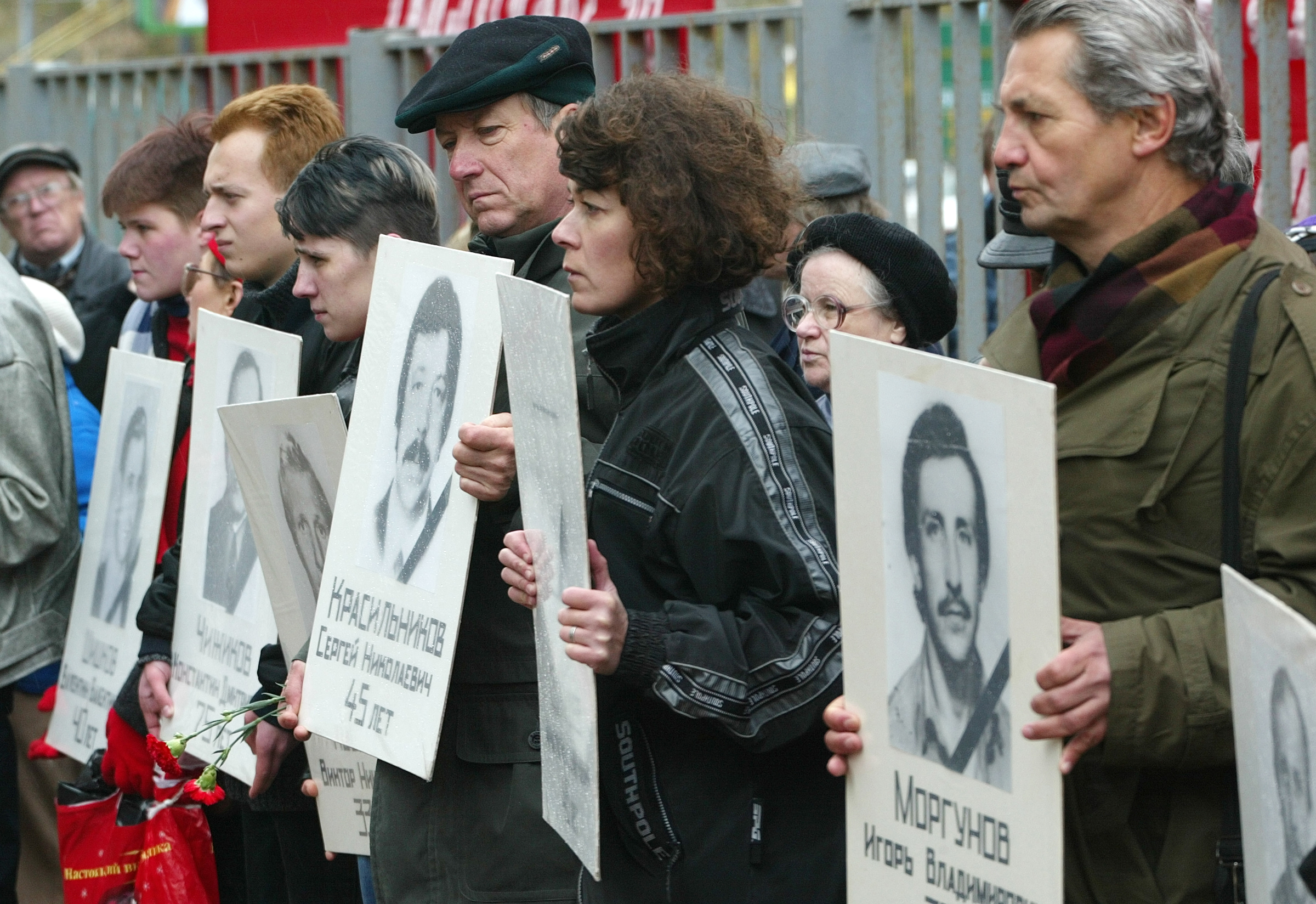 Victims of the conflict remembered in an anniversary service some years ago. (Igor Tabakov / MT)


The authorities estimate that 187 people died and 437 other were injured in the deadliest single event of street fighting in Moscow since the 1917 Revolution. 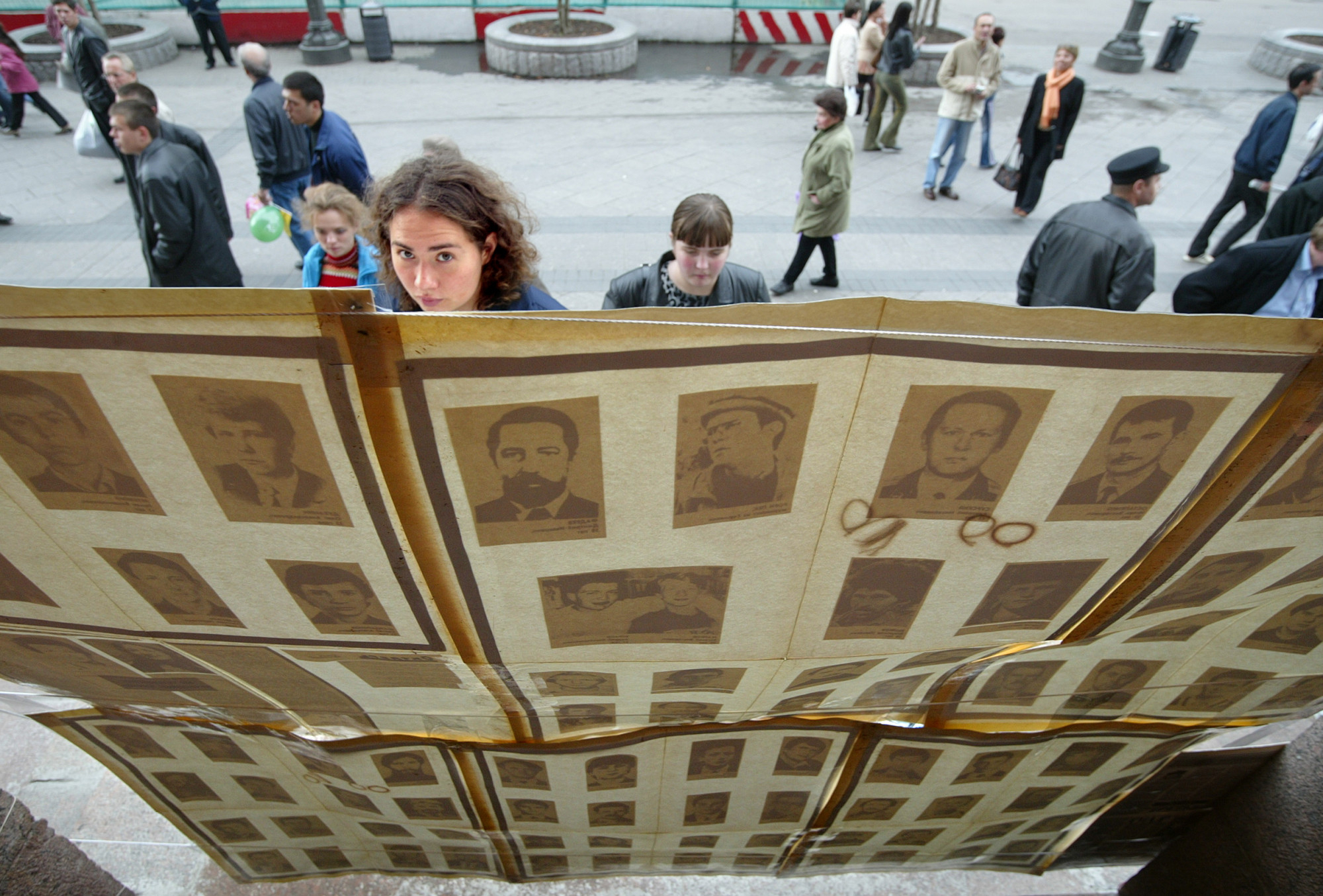 
While Yeltsin returned stability to Moscow streets, he did it through bloodshed and the introduction of direct presidential rule, an expanded power that is enjoyed by Kremlin leaders to this day.

Moscow's flattening of Mariupol has drawn multiple accusations of war crimes.
‘Not an exaggeration’

The defense ministry in Kyiv said Russian forces were preventing civilians in Donbas from fleeing to Ukrainian-controlled territory.
'military operation'