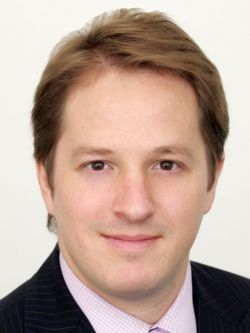 The proverbial violation of the U.S. Foreign Corrupt Practices Act ("FCPA") may be that of a U.S. businessman handing an envelope of cash to a bureaucrat to win a governmental contract. However, a pair of recent cases illustrates once again that a much wider range of conduct may constitute a corrupt offer to a foreign official of something of value to secure or retain business — the touchstone for a violation of the FCPA, if committed by anyone falling within the expansive reach of the FCPA's jurisdiction.

1. Dealings with employees of state-owned companies

Last month, two executives of a U.S. securities brokerage pleaded guilty to violating the FCPA and other laws after admitting to having paid over $5 million to the vice president of a Venezuelan state-owned bank who sent the broker-dealer bond trading work, some of which lacked a legitimate purpose and was meant to churn fees.

Under the FCPA, a "foreign official" includes any officer or employee of an "instrumentality" of a foreign government. While the determination is fact-specific, the U.S. authorities have frequently alleged state-owned and state-controlled businesses to constitute instrumentalities of a foreign government for purposes of the FCPA — as they did with respect to the Venezuelan bank. On the basis that the vice president was a "foreign official" under the FCPA, the kickbacks paid to her breached the FCPA.

The Russian state, of course, owns or controls numerous financial institutions and other commercial enterprises. The above case serves as a reminder that such entities' employees are not ordinary bankers or business persons — they may also qualify as foreign officials for purposes of the FCPA.

This is broader than the approach taken by Russian law. Pursuant to the Russian Supreme Court's recent Decree No. 24 "On Court Practice in Bribery Cases and other Corruption Offenses", issued on July 9, 2013 ("Decree No. 24"), officers of a state corporation organized as such (e.g., Vnesheconombank) would qualify as governmental officials, but ordinary employees of the state organization, as well as all officers and employees of state-owned entities formed as ordinary companies (such as Gazprom or Sberbank) would not. (That said, Russian law does also prohibit ordinary commercial bribery involving non-state businesses.)

Likewise, knowingly structuring the transaction so that the employee is paid an irregular bonus or business is directed to another company (such as a security firm or subcontractor) at the behest of such employee would also likely violate the FCPA. In this regard, it is important to bear in mind that the FCPA prohibits offering or promising anything of value to anyone to corruptly influence a foreign official. Again, this is a broader standard than that which applies under Russian law as enunciated in Decree No. 24, pursuant to which payments not received by the governmental official or his relatives do not constitute bribes, even if made to influence the official's exercise of authority.

Various media have reported over the past month on an investigation by U.S. authorities into allegations that JP Morgan Chase ran a special employment program in China for family members of the governmental elite. According to the New York Times, the program began as an attempt to avoid nepotism and bribery charges, by ensuring that well-connected candidates underwent heightened scrutiny. However, over time the program allegedly morphed from requiring higher standards of well-connected candidates to imposing lower ones. The bank's own internal investigation reportedly revealed a spreadsheet that "linked appointments to specific deals pursued by the bank," according to Bloomberg, although no clear evidence of a specific quid-pro-quo arrangement has been established. While JP Morgan Chase is cooperating with U.S. authorities, and may yet be exonerated, the investigators can be expected to scrutinize the nature of the program in detail, at considerable cost and disruption to the bank.

This case serves as a reminder that persons subject to the FCPA must tread carefully in employing persons connected to Russian officials, subjecting them to the same standards and requirements as all other employee. After all, nothing in the FCPA prohibits the bona-fide employment of persons who happen to have a close friend or relative in government service. However, hiring or offering to hire such person with the corrupt purpose of influencing or inducing any action by the government official to obtain or retain business violates the FCPA.

In this regard, evidence of corrupt intent can be established circumstantially if, for example, the relative or friend of a foreign official is placed on payroll for a no-show job or is compensated grossly disproportionately to his or her position and responsibilities. Accordingly, in choosing to hire a well-connected candidate, a company should be certain to document that the candidate was suitably qualified for the position, that the relevant governmental official was directly or indirectly contacted with respect to the hiring decision, and that once employed the candidate was held to the same standards as other employees.

A journalist for Germany's BILD tabloid was denied entry to Russia on Monday after being told by border officers he is a “danger” to the Russian...