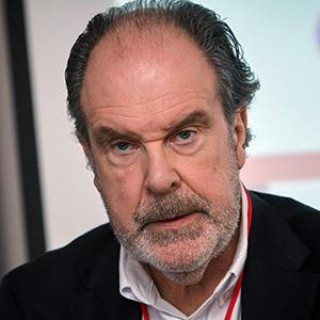 Masha Lipman, a scholar-in-­residence at the Carnegie Moscow Center, told a story at a conference I attended outside of Moscow earlier last month. It was about two scholars who, in a recent discussion about the history of Russia and the Soviet Union, fell into a savage argument. One saw the end of the Soviet Union as a tragedy, the other as a release from tyranny. So radical and bitter was the disagreement that they came to blows, an unheard of event in the generally decorous world of Russian academia.

Lipman also noted that in a discussion in the State Duma, several deputies called for the abolition of the country's ­Independence Day on June 12, established in 1990. One suggested moving the date to whenever ­National Day took place in the 10th century, when "Rus" was first formed — in Kiev, now the capital of Ukraine — a none too subtle way of saying that Russia was once a Slavic empire, and could be again.

President Vladimir Putin might agree with the deputies. It would be surprising if he did not. After all, Putin is the person who said in 2005 that the end of the Soviet Union was the greatest geopolitical tragedy of the 20th century.

For the first time since the collapse of the ­Soviet Union in 1991, Russia is a state that has ­defined borders, an elected president and parliament and a democratic Constitution that offers a swath of citizens' rights. But, as several Russians said to me at the conference, what is Russia, after all? Why should its political connection be severed from states that it once dominated like Ukraine, Belarus, Georgia and Armenia? And above all, the old questions: Where is Russia going? What does it aspire to? Where does it want to come to rest?

Clearly, Russia isn't at rest now. It has been restless since tens of thousands of demonstrators turned out on the streets to protest falsified elections, corruption and much else in 2011 and 2012 and has ­remained so even after the re-election of Putin last year as president. Dmitry Trenin, director of Carnegie Moscow Center, told me that the country's foreign policy stance has changed fundamentally for the fourth time while Putin has been in power. In 2000, it started with a policy open to closer relations with the U.S. and Europe, then changed to a resentful retreat into a Eurasian redoubt when it felt repelled by the West, changed again to an attempt to reset relations when Dmitry Medvedev was allowed by Putin to be president for one term from 2008-12, then finally back again to Eurasia on Putin's return.

But where does that take Russia? There's no prospect of a reintegration of any of the former parts of the Soviet Union. Russia would demand to be first among unequals, which the new elites of all of other countries — even the closest to Russia like Belarus — couldn't tolerate. To be sure, Russian tanks brought Georgia to heel in 2008 when it tried to take back its regions of Abkhazia and South Ossetia, which prefer rule from Moscow to that of Tbilisi. But even under a new, more Russia-friendly president in Bidzina Ivanishvili, Georgia isn't about to either give up its claim on these regions or go back to its years of dependence. A stony dislike of the West has its satisfactions for Putin, who seems to enjoy being disliked. But if he renounces Europe, he has no other welcoming place to go.

But it's at home where the real confusion is. The sentence of five years handed down to lawyer and opposition leader Alexei Navalny on a charge of embezzlement, a charge that his defense was not allowed to properly contest,  was instantly followed by the prosecution requesting that he be allowed to remain free pending an appeal. That allows him to contest the election for Moscow mayor in September, which he had long intended to do. That the prosecution should be so fervent that he remain in the public eye suggests a Kremlin that regrets its actions against its most prominent opponent.  According to Putin's political model, appearances are all.

Putin has had long-running success in his domination of Russia. He brought millions of Russians relief from poverty as rising oil and gas prices filled coffers and allowed wages, pensions and welfare payments to be made in full and on time. He put down a Chechen rebellion in a brutal war early in his first presidency and installed a thuggish leader, Ramzan Kadyrov, who has proven both loyal and successfully repressive.

Moreover, Putin paid apparently sincere homage to a past Soviet time and asserted a neoliberal fiscal conservatism in the economy, which he put in the hands of liberals. He presided over a huge expansion of the middle class, but also over a machine for corrupt enrichment that has, it's estimated, made him and a number of his close allies into billionaires. He allowed some opposition papers and magazines and a lively, often highly critical Internet. He has also cracked down hard on people like the Pussy Riot group and Navalny.

He has sought to introduce unity into Russian society. For most of the past 13 years, the party he formed, United Russia, has worked and provided some of this unity. But now, Russia — at least its cities and especially its capital — is ­entering the modern and even post-modern world. Its ­society is splintering into ­diverse shards, as free ­societies tend to do. It needs an administration that eschews the search for a fake unity, instead seeking support from varied groups for good governance. It needs more space for a genuinely independent civil society in which institutions have autonomy protected by a state that does not attempt to quash them.

This is where Russia must go: toward democracy. It's the only way that holds the promise of clean government and empowers men and women in power to serve others rather than enrich themselves. There are people — politicians, officials, professionals — who wish to do that. It is time that they are honored, not imprisoned.


John Lloyd co-founded the Reuters Institute for the Study of Journalism at the University of Oxford, where he is director of journalism. This comment was published by Reuters.