Foreign banks that once treated Russia as virgin land where easy money could be made are now finding it a cutthroat market tougher than some bargained for.

While players such as Citi and Austria's Raiffeisen thrive, many have found post-Soviet Russia too hard to crack: rife with credit, legal and corruption risks, and dominated by state giants Sberbank and VTB.

The latest to hit trouble has been France's Societe Generale. Vladimir Golubkov, the head of its Russian unit, was charged with bribery earlier this month after being caught on film in a police sting operation with piles of cash on his office desk.

"Fifteen years ago all you had to do was turn up and open your doors, and people would queue up, because you knew what customer service was and you understood what products were," said Stuart Lawson, who opened Citi's Moscow operations in the 1990s and ran HSBC's Russian operations from 2008 to 2010.

"Now ... the state banks have hired graduates from the foreign banks or from overseas and they're full of people who understand it. The game is a lot tougher now."

Western banks with a bit of nerve flocked to Russia after the 1991 collapse of the Soviet Union, but this no longer fits President Vladimir Putin's vision for a country which was badly exposed to the Wall Street crash almost two decades later. 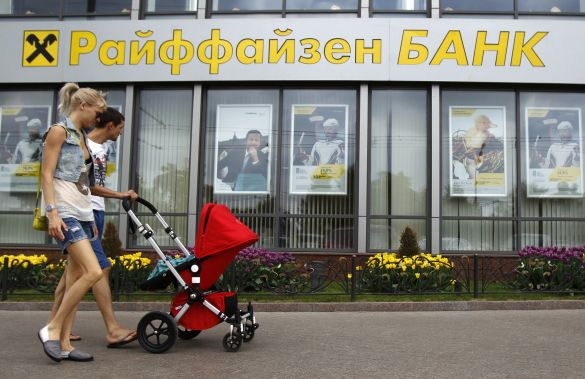 Raiffeisen, which ranks 12th in Russia in terms of assets and 10th in terms of personal loans, opened up shop in 1989 and gained scale through its $550 million acquisition of Impexbank in 2006. (Sergei Karpukhin / Reuters)

Yet Russia remains "under-banked" compared with other countries, offering tempting growth prospects. The country's banking system is worth around 50 trillion rubles ($1.6 trillion) by assets — about the same as Ireland and dwarfed by the $14.5 trillion banking system in the United States.

That also bears out when compared to the BRIC group of countries. Credit provided by banks to the domestic economy accounts for just 40 percent of Russia's gross domestic product. In China, that figure was 146 percent, in Brazil 98 percent and India 74 percent, according to World Bank figures from 2011. The lack of affordable credit has hit investment and weighed on the growth of Russia's $2 trillion economy.

Those banks which have prospered in Russia got the timing right, did not overpay, had headquarters which were involved with the running of the business and had staying power during difficult times.

SocGen bought in haste without proper due diligence and failed to assert control quickly, says one former French bank executive in Russia — criteria that are crucial in a market where courts are little trusted and corruption widespread.

SocGen has spent around 4 billion euros ($5.2 billion) since 2006 building up an 82 percent stake in Rosbank, which was previously owned by tycoons Vladimir Potanin and Mikhail Prokhorov.

"The expatriates systematically find themselves holding the No.2 position," said the executive, adding it was "incomprehensible" why they did not install a more senior French executive. "It shows the naivete of SocGen."

Other banks have also struggled with valuing Russian assets.

Britain's Barclays paid four times book value for Expobank in 2008 before the global financial crisis hit. It later sold below cost to banker Igor Kim, who has been snapping up distressed banking assets.

"Although they are my competitors, I felt sorry that some banks, including Barclays, withdrew from Russia," said VTB's chief executive Andrei Kostin, who said VTB has a stake of around 10 percent in Rosbank. "But maybe they entered at the wrong time, in the wrong way."

HSBC was a latecomer and decided to pull out of retail banking in Russia in 2011 as part of a global reorganization.

"Foreign banks largely entered Russia to operate on the retail market, but many faced tough competition. They didn't expect that," said Anatoly Aksakov, head of the Association of Regional Banks of Russia, and a member of Russia's parliament.

Kim said he had seized on the opportunity presented by the weakness of foreign players, which in selling out of Russia cheaply surrendered banking operations that were well run and not burdened with balance-sheet risks.

Kim said in an interview that he only bought assets once he was fully satisfied that all the "skeletons" had been disposed of or properly provided for with provisions.

There are some notable Western survivors.

Citi entered in 1992 and expanded organically. It reported over $300 million in profit from Russia last year and CEE Cluster Head Zdenek Turek called it one of the "top priority countries for Citi".

Italy's Unicredit has been in the Russian market for more than 20 years, growing by acquisition, and is profitable, as is Raiffeisen, which opened up shop back in 1989 and gained scale through its $550 million acquisition of Impexbank in 2006. 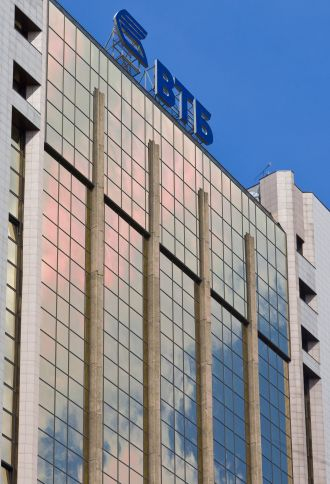 VTB is one of the banks that dominate both retail and investment banking. (Vladimir Filonov / MT)

Hard to beat are the state players Sberbank and VTB, which dominate the retail market and are strong in investment banking.

"The bulldozer with the handbrake off, heading down the hill — that's the state banks," said one senior banker.

"They've got momentum. They've got product, low capital cost and vastly improved management, and they're heading in the direction of the private sector banks."

Once synonymous with queues and hour-long waits, the bank has improved its service and is a popular stock among foreign investors.

Russia's second largest bank VTB, once the Soviet foreign trade bank, has a retail franchise with 8.7 percent of deposits. It is serious investment banking player, and has been swiping bankers from foreign rivals.

So far this year, VTB is top in M&A based on fee income, fifth in equity and third in bonds, according to data from Thomson Reuters/Freeman Consulting.

Russia's laws prohibit foreign banks from opening branches but allow them to operate subsidiaries subject to regulation by the Central Bank. One banker says there is equal opportunity.

"Foreign banks have been treated on a level playing field (in Russia)," said Lawson, now an executive director at Ernst & Young in Moscow. "Once you've locally capitalized, except for the reality that the state banks dominate the market, all else is on a pretty equal footing." 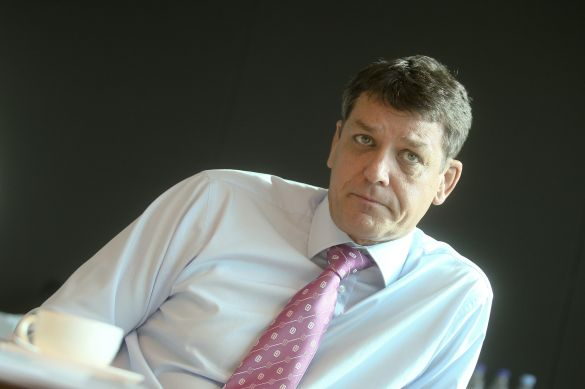 Foreign bankers with an appetite for risk sought out Russia in the turbulent years that followed the Soviet collapse, as the industrial legacy of the command economy came up for grabs.

He founded Renaissance Capital in 1995, making his name and fortune as a risk taker and dealmaker. But, after surviving the 1998 and 2008 crashes, his dream finally unraveled last year after three consecutive years of losses.

Jennings abruptly left Moscow after RenCap suffered a ratings downgrade. He has declined to comment since.

Prokhorov, who had already saved RenCap in 2008, bought the rest of the bank and pumped in extra liquidity. Renaissance announced a loss of $378 million for 2012 but says its investment bank is now operationally profitable.

Unlike the United States, which is lucrative for business such as capital- and debt-raisings and M&A, commissions are lower in Russia, one banker said.

"Here, fee scale means nothing, every single thing is highly negotiated and the state sector will always be tougher and more competitive," the banker said.

Still, there is money to be made, and Wall Street banks JP Morgan, Morgan Stanley and Goldman Sachs are present in Moscow with gleaming offices and aggressive bankers. Bank of America Merrill Lynch recently hired RenCap alumnus Alexander Pertsovsky to head its Moscow team. 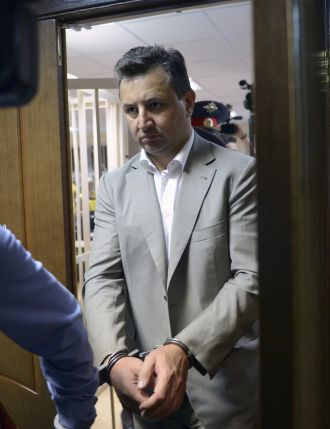 For the government, Western banks are sought as promoters of Russia's investment story — one of Putin's ambitious aims is to build a global financial center and Goldman Sachs has a mandate to help the country attract foreign capital.

Western banks are also advising on the state's privatization program, in which the government has reduced its share in both Sberbank and VTB in recent years but kept majority stakes.

Whether Putin will go further and cede control is open to doubt. The 2008 crash revealed just how exposed Russia was to the Wall Street crash — $130 billion fled Russia in the fourth quarter of that year alone.

Russia's banks were only saved from collapse by the Central Bank, which spent $200 billion of its reserves to defend the exchange rate — thus allowing them to refinance their foreign debts — before finally devaluing the ruble by 25 percent.

Finding a niche has paid off for some mavericks in the consumer banking sector.

He sees no threat to his marketing-led approach from Western banks, whose business model he sees as broken.

"When I see a French banker, I laugh. They don't succeed in Russia because they are so amateur. They are bureaucrats," said Tinkov.