Anyone who has lived in Moscow long enough will have encountered the term "remont" — a byword for the unending refurbishment of apartments in the city. But the term may soon gain currency in the U.S.

The case centers on a $15 million apartment located on the 74th floor of the Times Warner Center and is owned by a trust belonging to the family of Malkin.

Work on the 325-square-meter apartment takes place between 10 a.m. and 4:30 p.m, Monday through Friday, the newspaper said, citing a court complaint. Malkin's 72nd floor neighbor, Sam Nappi, described the noise as "painful and inescapable" and threatened to withhold his April rent, prompting his landlord to file suit. 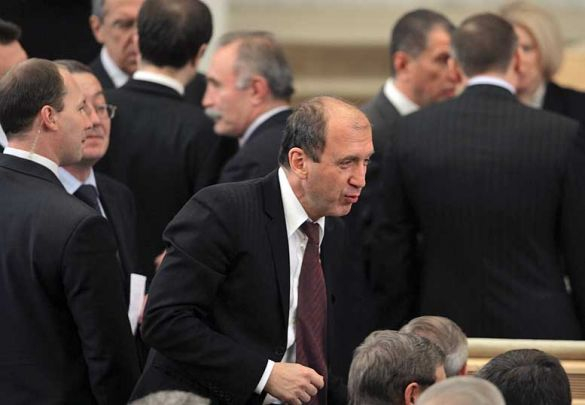 The 56-year-old Vitaly Malkin — who is worth more than $600 million, according to Forbes — is no stranger to controversy.

In 2009, Malkin was refused Canadian residency when a court there argued that he had an association with money-laundering, weapons-trafficking and the trade of Angolan "conflict diamonds."

In 2011, he was forced to resign his position in the Federation Council after questions were raised over his ownership of undeclared foreign real estate. Russian lawmakers and other senior government officials are required to declare any property that they own.

Malkin's lawyer, Joshua Bernstein, insisted that his client is acting in accordance with building laws. A full hearing on the matter is due to take place next week.