President Vladimir Putin awarded Hero of Labor awards to the director of the Mariinsky Theater and four other people on Wednesday as he resurrected another symbol of the Soviet era.

The Hero of Labor award is the second-highest rank after the Hero of Russia, and Wednesday's pompous ceremony at St. Petersburg's Konstantin Palace marks the first time that it has been handed out since the Soviet collapse.

The award recognizes "excellence in public, social and economic activities," according to a decree that Putin signed after his All-Russia People's Front movement recommended restoring the honor at a conference in March.

"We have to bring back respect for labor and to raise the prestige of professions that support the country," Putin said at the awards ceremony, according to a transcript on the Kremlin website. 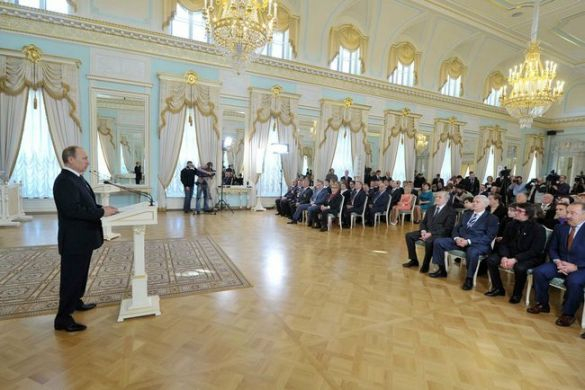 The honorees included Valery Gergiev, the world-renowned conductor and director of the Mariinsky Theater; leading neurosurgeon Alexander Konovalov; a machine operator with 38 years of experience at the Russia-Agro farm in the Voronezh region, Yury Konnov; the foreman at the SUEK-Kuzbass-owned Kotinskaya mine in the Kemerovo region, Vladimir Melnik; and Konstantin Chumanov, a lathe operator at the Rosatom-owned Instrument-Making Plant, which makes nuclear weapons in the closed city of Tryokhgorny in the Chelyabinsk region, the Kremlin said.

"Each of you have golden hands and strong wills," Putin said. "Years of hard, daily work have led to your achievements. Each of you is the pride and heritage of our country." 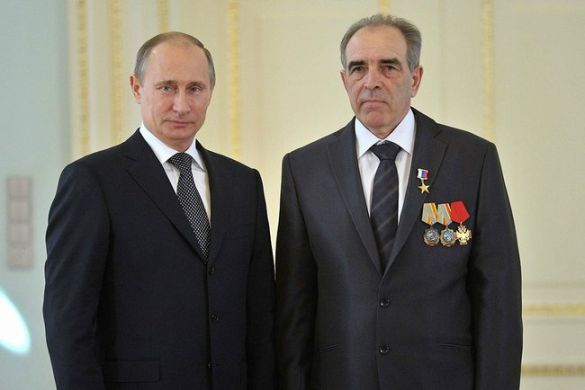 Konstantin Chumanov is a lathe operator at a plant that makes nuclear weapons. (Kremlin.ru)

The Hero of Labor title was first used to denote seniority at the workplace in 1921 and established as an award in 1927. The award was bestowed on 20,500 to 21,500 people during the Soviet era, according to contradictory official records, including to 205 people twice and 16 people three times. Ninety-five people were stripped of the award, including the nuclear physicist and dissident Andrei Sakharov, and 16 received it posthumously.

Another notable fact: Only 11 people got both the Hero of Labor and the highest title, the Hero of the Soviet Union, among them Soviet leaders Leonid Brezhnev and Nikita Khrushchev.

The Hero of Labor title was abolished along with the reward system after the Soviet collapse in 1991.

But Putin, who has cast a nostalgic eye back at the Soviet Union, has brought back a number of Soviet symbols and practices as he has sought to strengthen the country after the chaotic 1990s. One of his first acts as president was to return the Soviet national anthem. 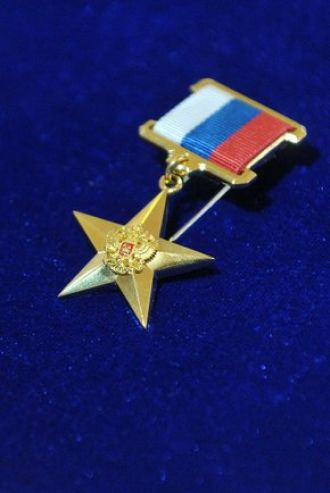 The golden award, officially known as the Hero of Labor of the Russian Federation. (Kremlin.ru)

Separately during Putin's visit to St. Petersburg, a passenger jet operated by state-owned airline Rossia was reportedly forced to reroute to Helsinki after its arrival to Pulkovo Airport clashed with Putin's flight itinerary.

Russia "has the power to block the mandate [...] and it said it was going to do so," a diplomatic source told AFP.
no compromise

The Kremlin said Russia doesn’t have a set timeline for when its “special military operation” should end.