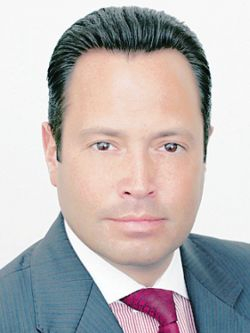 While sitting in traffic jams on their way to Moscow from the airport, many first time visitors to the Russian capital are impressed by the class of the surrounding vehicles. Cars in Russia are as much a status symbol for a population craving upward mobility as a necessity, given the long distances and often crowded public transportation. This ongoing love story between Russians and their cars is predicted to make the local car market the biggest in Europe within a few years. It is no surprise then that the swords are drawn for battle between the various stakeholders for this sizeable chunk of the Russian economy, and in particular between the Russian government and trade representatives of the European Union.

One of the contentious issues relevant for foreign car manufacturers, largely favored by Russian households, is the introduction of a "disposal charge" or recycling tax on cars in Russia. After spending considerable time and money attempting to revive and modernize domestic car manufacturers, the Russian Government at the end of July 2012 adopted a federal law governing the long-discussed issue of vehicle disposal (Federal Law No. 128-FZ of 28 July 2012 "On Amendments to the Federal Law 'On Production and Consumption Waste'").

Indeed, despite visitors' first impressions of Moscow and its expensive foreign cars, the reality is that the rest of the roads in Russia remain littered by often dangerous clunkers. According to a July 2012 report by Stanley Root from PwC, "The average age of a car in Russia is 12 years and 33% of cars in the country are older than 15 years. In Germany, these figures are considerably lower: 8.5 years and 13% respectively." According to the same report, the number of cars to be scrapped in Russia could reach 30 million within 10 years. This is quite a challenge in a country where according to Recycling International, a magazine focused on the worldwide recycling industry, "there are no companies [...] actually engaged in the recycling of the plastics, glass and textiles used in cars." The new disposal charge would in theory provide much needed funds to kick start such an industry. 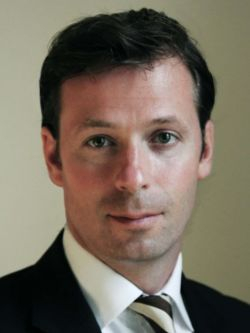 As of August 1 2012, a disposal charge came into effect for all cars produced or imported into Russia. In theory, the funds received from individuals or legal entities will be transferred to the federal budget and form the basis for compensation of the state's expenses upon disposition of aged vehicles.

Cynics argue, however, that the disposal charge, adopted in record time by the Duma just ahead of the ratification of Russia's Protocol of Accession to the World Trade Organization, is merely an ill-disguised attempt to shelter the domestic auto industry from the increased foreign competition that would be the result of WTO accession and the decrease in import duties that joining such an organization entails.

The disposal charge does not discriminate in its scope of application, as both an imported car as well as a car manufactured in Russia would be subject to the levy, which amounts to a base rate of  20,000 rubles for cars and 150,000 rubles for commercial vehicles, trucks, vans and buses, multiplied by a coefficient that depends on various factors impacting potential recycling costs, such as the type of vehicle, its weight and capacity. Critics of the disposal charge, however, have  identified a potential for favoring local manufacturers in the exemptions that are provided for in the federal law.

In accordance with RF Government Resolution of August 30, 2012 No. 870 "On the disposal charge for wheeled means of transport," a vehicle will not be subject to the disposal charge if the manufacturer is willing to assume the responsibility for the "safe disposal" of the vehicle at the end of its life.

It is generally assumed that such an exemption would favor foremost companies that are already well implanted physically in the country (ie Russian manufacturers) as the cost of creating and administering the network of pick-up points for used vehicles and other obligations required by law would be better absorbed by them. Importers or manufacturers unable to benefit from the exemption would most likely have to pass all or part of the cost of the disposal charge on to their clients, making their product less competitive price-wise. This would contradict the "national treatment" obligation under the General Agreement on Tariffs and Trade, or GATT, which requires that imported products may not be treated less favorably than similar domestic products.

How this measure will play out in the near future is uncertain at the moment. In any event, the disposal charge as enacted has been met with considerable resistance from Russia's trade partners, to the extent where, according to the latest buzz on the newswires, the EU is preparing to sue Russia in the WTO.