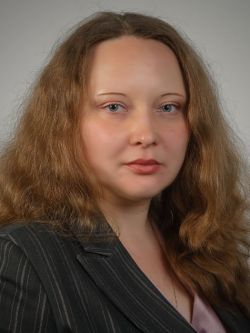 Medical devices in Russia are feeling the heat from the state's interest in the industry. This interest has not only resulted in a series of new regulations passed over the last few months, but also several very exciting drafts now under discussion.

Particularly notable is the government's decree dated Dec. 27, 2012 No. 1416 On Approval of the Rules of Medical Devices Registration. The Decree has been in force since Jan. 1, 2013, and requires all registration certificates to be changed. Those that run for a fixed term must be changed by the end of that term, while for those that run for an indefinite term there is a deadline of Jan. 1, 2014 for making the changes.

The resolution has left behind all the issues with the package that contained information about the "old" certificate, and the transitional period for renewing licenses and conformity certificates. All these issues are vital for the safety and consistency of business, but ignoring them, as the decree has done, has created many headaches for market players that cannot be resolved in practice without state authorities issuing relevant guidelines.

Another widely discussed topic is the draft decree that imposes restrictions on the supply of medical devices for state procurement. The draft was prepared by the Russian Ministry of Industry and Trade with a view to establishing a rule under which all publicly financed state procurement transactions should be made only for the supply of medical devices originating from Russia or Belarus. It is implied that a list will be developed of medical devices to which the above rule is to apply. Unfortunately, there is no draft of the list as available and nor is there any general understanding of the concept behind its creation. Logically, the list should include medical devices that are produced in Russia at least by two manufacturers, so that a minimum level of competition is at least preserved, but no one knows how this is supposed to be achieved.

All foreign manufacturers of medical devices, as well as some domestic Russian manufacturers, have expressed their concern over the draft and its potential implementation. This happened during a meeting that was organized by the Federal Anti-Monopoly Service on Jan. 23, 2013 to discuss the draft. The aim behind the draft is to encourage manufacturers of medical devices to localize their production in Russia. The chosen method is very questionable as previously, in other sectors, the drive to localize manufacturing was achieved through significant customs and tax payments being granted to producers, as well as contract guarantees being given of stable demand for the localized product (as in the automobile industry or energy engineering industry). It is not clear why of the preferences approach has been jettisoned for medical devices. All market players are hoping that the approach will be switched from restrictions to preferences.

One can only hope that manufacturers of medical devices will have sufficient patience and assets to survive during this time of changes.

Moscow will not give out passports to Russians mobilized by the army, a government information portal said Wednesday, as fears of travel restrictions rise...