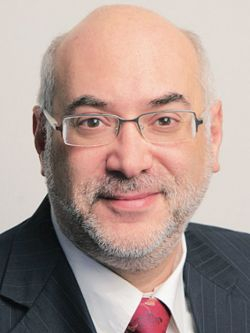 In November 2012 Russian government officials made a number of important statements suggesting that Russian state authorities may be serious about improving the country's international ratings of business environment and moving up in the ease of doing business index. Russia may now be ready to take further action to significantly improve the investment climate, including by removing unnecessary administrative barriers to foreign investment in Russian strategic companies.

In addition to announcing a settlement in the high-profile dispute between the Federal Anti-Monopoly Service of Russia and Norway's Telenor concerning shares in OAO VimpelCom, one of the largest telecom services provider in Russia, it appears that the President Vladimir Putin and Prime Minister Dmitry Medvedev support and approve of the measures elaborated by the FAS to further simplify supervision of and state control over foreign investment in Russian strategic companies. The relevant amendments to Federal Law No. 57-FZ on the Procedure for Foreign Investment in Business Entities of Strategic Significance for National Defense and State Security ("Law") are planned for the near future. The proposed amendments to the law were discussed at a recent meeting between the president and the head of FAS Igor Artemyev, as well as by the Government Commission for Monitoring Foreign Investment chaired by the prime minister (the "Government Commission"). The law, initially adopted in 2008, already underwent quite significant amendments in 2011, but in practice it has become clear that further liberalization and improvements are needed to promote foreign investment and develop major projects in strategic sectors of the Russian economy. 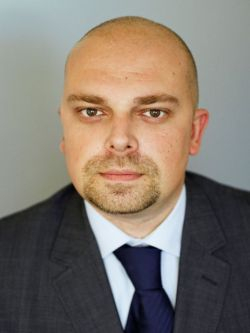 The FAS amendments to the law are reported as intended both to simplify the procedures for state supervision of foreign investment in Russian strategic companies and to clarify a number of existing legislative provisions to eliminate ambiguities in their interpretation and application. At this point, the most significant amendments being discussed include the following:

• The use of infectious agents in food and beverage production is to be removed from the list of strategic activities. There may also be revisions affecting certain other strategic activities (such as, for example, distribution and servicing of encryption devices) to limit the applicability to companies in selected sectors of the Russian economy.

• The need for prior approval of the Government Commission in transactions to increase control over Russian strategic companies by foreign investors that already hold 75 percent or more of the shares or participatory interests in such companies is to be eliminated. Abolition of the formalistic requirement for prior approval for intragroup transactions by foreign investors controlled by the same entity is also proposed.

• The ability of foreign investors to apply for extensions of existing approvals of transactions involving Russian strategic companies (up to 5 years or more) without the Government Commission reviewing the merits of the transaction again is contemplated.

• Clearer rules are proposed on state supervision and approval of transactions involving the placement or organization of the circulation of securities of Russian strategic companies (including depositary receipts) on stock exchanges, including foreign stock exchanges.

The proposed amendments, which seem to have been approved in principle by the president and the government, must now be finalized as a draft legislative act on amendments to the law, and introduced to the State Duma and Federation Council for consideration and ratification. In the opinion of the head of FAS Igor Artemyev, the amendments should be approved and start working within six months.

In an interview published in Kommersant Dengi, a popular economic weekly in Russia, on Nov. 5, Deputy Economic Development Minister Sergei Belyakov stated that foreign investment in Russia reached $52.3 billion in 2011 and for the first 9 months of 2012 foreign investment was $38 billion. However, Belyakov stated that a minimum of $75 billion of foreign investment is needed annually "to achieve the modernization of the Russian economy." Efforts to liberalize the legislation on strategic companies are always welcome by foreign investors. However, whether the contemplated amendments will have a material positive impact on the investment climate in Russia depends on how the amended Law is interpreted and enforced in practice. The planned changes to the Law will bring genuine benefits, if the new rules are not applied in an overly formalistic and restrictive way.