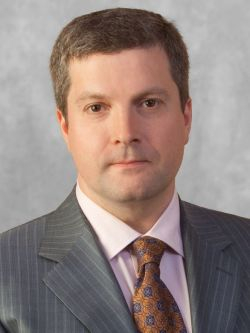 The legal mechanism of debt recovery (loans, credits, etc.) is a topical problem of protection of a business's economic interests. During the last few years, bankruptcies of companies, including large ventures, have become more frequent, and they do not seem to be getting fewer. Some debts are extremely hard to recover, and legislation gaps only make it worse. Let us consider some problems that creditors run into when their debtor goes bankrupt in more detail.

1. Removal of assets by a debtor who "senses" his imminent bankruptcy is a common risk in bankruptcy. Such transactions may be executed urgently, in haste, even when the bankruptcy proceedings have already started.

The situation is further aggravated by the fact that the courts are extremely reluctant to apply injunction measures in the form of prohibition for the debtor's management to execute any transactions without the trustee's approval.

Therefore, one should look for a way to recover one's funds from the sureties, backers, if any, of their bankruptcy, as the legal regulation allows. Also, the arsenal of claims to rule invalid the debtor's dishonest transactions may be used.

2. The issue of abuses that occur in bankruptcy cases and are performed by debtors' affiliates, whose artificially created claims towards the debtor have been included in the list of the creditors' claims (hereinafter — "the Register"), has been raised many times in theory and in practice.

Current bankruptcy legislation contains no prohibition against individuals who are members of the same group as the debtor seeking the inclusion of their claims into the register and — as often happens — obtaining the majority of the votes.

Such claims may be artificially created: For example, they may arise on the basis of execution by the debtor of loan agreements with his affiliate, and notorious non-payment of borrowed funds under that agreement will enable the affiliate to be included into the register.

The affiliated creditors, should they form a majority, may execute an amicable agreement that would be as lenient as possible for the debtor. Or, inversely, they may request that the court initiate bankruptcy proceedings despite the trustee's conclusion of the possibility to restore the debtor's solvency.

Evidently, changes to the legislation are required, according to which the claims by the affiliated creditors would be additionally checked. Maybe the inclusion of such claims into the register should be conditional upon the existence of a valid decision by a court that has considered them in the course of action proceedings.

Limitation of participation of affiliated creditors in the meeting of creditors by stripping them of voting rights on certain issues may be another efficient measure. The current regulation at times uses such an approach towards the creditors who lay their claims after the completion of the register.

3. Situations in which the debtor's management persistently fails to perform the trustee's demands to be given copies of relevant documents are quite common.

Said actions by the debtor's management are subject to the sanctions of part 1 of Article 14.13 of the Administrative Offenses Code of the Russian Federation (illegal actions during bankruptcy).

Formally, (Article 23.1 of the Administrative Offenses Code of the Russian Federation) the case of such an offense falls within the jurisdiction of a Justice of Peace. But the problem is that a Justice of Peace is rarely competent to judge bankruptcy-related cases.

Moreover, it would be logical if the case were considered by the same judge of arbitration who judges the corresponding bankruptcy case, since the judge is fully aware of the case's circumstances and has all the evidence at his disposal.

4. The need for a more clear legal regulation of the procedure of contesting the results of the auctions of the debtor's property sale is similarly motivated.

In practice, claims to contest the auctions are at times filed with common law courts and subsequently granted by those courts. All things considered, it is time to adopt a more definite legal provision or (which is even more practical) a relevant explanation by the Plenum of the Higher Court of Arbitration of Russia.

The latest breaking news and developments in Russia's deadly attack on Ukraine.
news

Russian officials sought to allay concerns Wednesday that Ukraine could achieve a major breakthrough in its ongoing counteroffensive amid reports that...