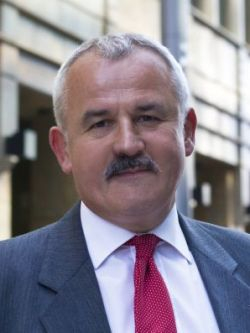 In 2013 we will see the consequences of major decisions Russia made this year: the re-election of President Vladimir Putin, the country's accession to the World Trade Organization after 18 years of negotiations and a commitment to significantly improve Russia's position in the World Bank's Ease of Doing Business Index.

With the promise of economic and political stability, gradual reform and increasing trade, these all hold grounds for optimism. The bigger risk is that a serious economic downturn in the rest of the world holds Russia back.

While it disappointed many who were hoping for a change of the guard, Putin's return to the Kremlin last May is seen by many others as supporting a stable political and economic environment.

A key test will be whether Putin uses his fresh mandate to take on Russia's perennial problem: corruption.

At the International Economic Forum in St. Petersburg in June, Putin highlighted corruption as Russia's most significant economic problem. Its removal, he said, would provide enough money to solve all of Russia's economic issues.

A renewed crackdown on corruption uncovered at government departments and state-controlled companies helped to boost Russia 10 places in Transparency International's Corruption Perceptions Index just last week. But it will need to do much more to rise above its lowly place of 133 out of 174 countries.

While it will take time to convince skeptical investors who have seen many false dawns, momentum in the right direction could bring a change in sentiment and would encourage local companies themselves to invest in boosting their own transparency.

Russia's assumption of the presidency of the G20 for the first time will also keep the spotlight on the Kremlin and should encourage reform. Putin has highlighted trust and transparency in markets as a key point on the agenda when the G20 gathers in St. Petersburg in September, 2013.

Reform will be essential if Russia wants to reap the rewards of its other momentous decision in 2012: joining the WTO after 18 years of negotiations.

A World Bank study forecast that WTO entry could add 3.3 percent annually to Russia's gross domestic product in the short term and 11 percent in the longer term. But it will have to work hard to deliver these benefits, especially in the near term.

The government has warned of short-term damage to manufacturers and agriculture as import barriers fall, risking a backlash that could slow the reforms needed to make the most of membership.

Membership should, however, open services sectors like banking and telecoms to foreign investment, helping to reduce the economy's dependence on energy and resources exports.

Regardless of developments at home, what happens to Russia in 2013 will be heavily dependent on global trends.

2013 is set to be a crunch year for the European Union, Russia's largest trading partner. With Europe struggling, Russia will push to boost exports to Asia, and hope the new leadership in China, its second-largest export market, can address any continuing slowdown in growth.

As always, the key to Russia's economic and political stability is the oil price. Many traders are forecasting relative price stability next year as risks of supply disruption in the Middle East combine with monetary policies in the West to prevent a significant fall. In the longer term, Russia will again depend on global growth to keep oil prices high.

2013 will have everything — the opportunity for Russia to show the world it is serious about reform, the prospect of economic conditions holding firm –or not. The one thing to be sure of is that it will not be dull!