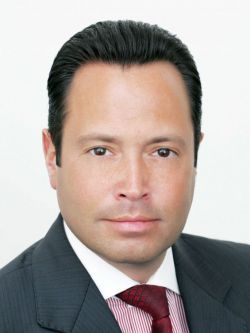 Hotel management agreements, or HMAs, are peculiar beasts in the legal ecosystem. To put it simply, the owner requests that the hotel operator manage a multi-million dollar asset in the best interests of both parties. This creates a specific type of legal relationship between the owner and operator: an "agency," whereby the operator is the "agent" of the owner. This special relationship comes with specific duties for the agent. A recent spate of litigation between owners and hotel management companies in the United States has put such duties under the spotlight and Russian hotel owners should definitely be paying attention.

In a typical business relationship, the parties will each pursue their own interests, subject of course to the terms and conditions of the agreement they have signed. But in an agency relationship, the agent must not only respect the terms of the agreement, it has to go further and actually take into account the interests of the principal when acting on its behalf. As the courts have put it in the course of the long evolution of English common law, the agent is the "fiduciary" of the principal (also called the "beneficiary"). As a fiduciary of the owner, the operator has a certain number of duties which are inherent to the agency relationship and which are enforceable in court: duty to avoid situations where the fiduciary's interests conflict with those of the beneficiary, duty to not profit from its position at the expense of the beneficiary, the duty of undivided loyalty or duty of confidentiality.

At first glance, it may seem paradoxical for the operators to wish to take on more duties than may be provided for under the 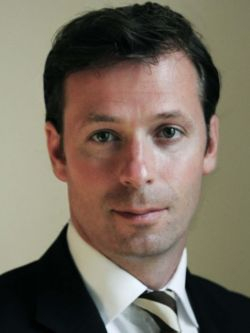 HMA. But in fact, agency mechanisms were introduced in HMAs at the initiative of the operators. Indeed, an operator wishes to have the ability to manage the property without having to constantly refer to the owner for approval on issues as mundane as entering into cleaning and other service agreements for the hotel, hiring waiters or receive, hold and disburse funds and operate bank accounts. This freedom to manage was obtained by being designated as the agent of the owner and HMAs are riddled with expressions such as "in Owner's name" or "on behalf of Owner."

But could the operators' initiative end up turning against them? Indeed, the operator also makes a certain number of decisions on behalf of the owner which are less mundane and which will impact directly the bottom line of the owner, mainly when it comes to sales and marketing of the property. Recent economic hardships have increasingly put owners and operators at odds with each other. Each party expects more from the counterparty: In an increasingly competitive environment, owners are expected for example to invest more in maintaining and upgrading the property, while at the same time the operators are asked to bear more risk and be more accountable for results in exchange for the management fees they charge.

Given such a context, where tempers flare easily, the fiduciary duties of the operator are being scrutinized like never before, and the issue has become central in a certain number of recent high profile lawsuits. Marriot for example is the defendant in a $20 million lawsuit brought in December 2011 by the owners of a property who claim that Marriott's sales initiative dubbed as Sales Force One "represents the epitome of a management company's knowing disregard of the best interests of individual hotel owners in order to advance its own self-interest." Indeed, under that initiative, salespeople from Marriott do not represent specific properties anymore, but take on regional responsibilities for all of Marriott's brands. The owners claim that by moving the sales functions to a regional office rather than keeping them at the level of each property, the salespeople lack motive to sell specifically for the hotel. This would be an example of an often heard complaint about operators from owners: when an operator achieves a certain scale, it is more concerned about promoting its brand and its own bottom line than the profitability of each individual hotel it manages.

Hotel owners in Russia who have often entered into English or US state law governed HMAs would be well advised to assess the actions of their operator through the prism of fiduciary duties. An owner may for example have just invested millions into a property but the hotel management company starts operating a hotel nearby on behalf of a third party owner, competing thus directly with the first hotel. In theory the fiduciary duties of the operator require that it act solely for the benefit of the owner in all matters relating to the agency created by the HMA. In particular, the hotel operator cannot act as a competitor, nor even agree to act on behalf of others who themselves are competing against the hotel owner. The owner should also ask itself if the operator has always disclosed information that is material to the subject matter of the agency. Similarly, has the operator ever used confidential information of the owner, such as operating data or customer lists, for its own benefit or at the disadvantage of the owner?

Doing any of the above would be a breach of the fiduciary duties of the hotel management company, which entails a certain number of remedies, depending on the applicable law and the wording of the HMA. It is true that most operators pepper their HMAs with disclaimers about the existence of an agency relationship. But in determining whether a relationship is fiduciary, U.S. and English courts have been consistent in looking at the substance of the relationship, in light of its commercial context and the entirety of the obligations undertaken. A hotel owner-operator relationship is most often deemed per se as one of principal-agent.

Owners should always bear in mind that the operators' priorities are to maximize brand recognition and revenue in the form of management fees. Armed with a good understanding of the scope and implications of fiduciary duties, a knowledgeable owner can put the operator under pressure when negotiating, re-negotiating or terminating an HMA and pull some of the blanket toward it in the never-ending commercial tug of war between owners and operators.

A court in Norway has acquitted the dual-national son of Russian President Vladimir Putin’s former ally on charges of defying a ban on flying drones...