Contribute Today
By Roland Oliphant
May 21, 2012 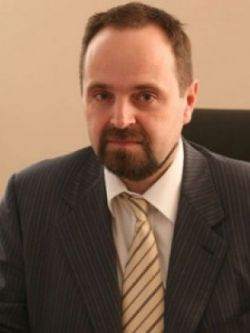 Environmentalists responded with stoicism to the appointment of career oil man Sergei Donskoi as the new natural resources and environment minister.

Donskoi, 43, comes with strong links to the oil and mining industries — he was responsible for geology as deputy natural resources and environment minister until a year ago when he left to head Rosgeologia, a newly formed state holding of geological assets.

But the contradiction inherent in a ministry charged with both exploiting the nation's natural resources and protecting the environment predates Donskoi, and most environmentalists saw the promotion of the deputy as simply a natural succession signaling a continuation of policy.

"He's not really that new in the sense that he was a deputy, so I'd say in general we'd expect a continuation of previous policy. I don't expect any dramatic improvement or deterioration in Russian environmental policy," said Igor Chestin, director of WWF Russia.

The same ministry has regulated environmental protection and the extractive industries since 2001. Environmental campaigners have lobbied hard for the establishment of an independent environment ministry, but have been constantly disappointed during government reshuffles.

A native of the Moscow region, Donskoi is an oilman by profession. He studied at the state oil and gas academy, and worked successively as an engineer, financier and executive in the 1990s. By 2001 he headed a department at Zarubezhneft, a state-owned oil company specializing in oil exploration and development overseas.

He joined the Natural Resources and Environment Ministry in 2005, and became a deputy minister in 2008.

In July 2011 he was made head of newly formed Rosgeologia — a holding created by Vladimir Putin to unite several state-owned geology institutes, companies and information services.

Chestin of WWF said outgoing Minister Yury Trutnev had edged toward a more pro-environmental stance over the past few years and that he hoped Donskoi would continue that trend of trying to balance the ministry's two often-contradictory portfolios.

But Blokov said the ministry's record was "quite bad."

"While there have been some attempts to improve things, they appeared to be so random that they didn't look like they were coming from the ministry itself," he said.

He singled out the ministry's apparently selective application of justice when it comes to polluting oil companies.

"There was sharp criticism of TNK-BP for spilling oil, but nothing was said about Rosneft, which is spilling 10 times more than TNK-BP," he said.