Contribute Today
By Steve Openshaw
May 11, 2012 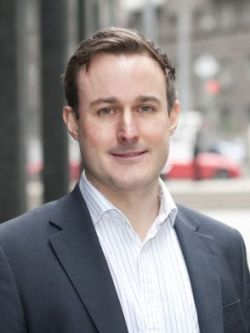 The Russian real estate market was hit hard by the global economic crisis between 2008 and 2010. Growth has since returned to the market and looks set to continue, although global developments and local bureaucratic issues could create problems.

Late in 2007, many investors in Russia believed that the country was immune to what was considered "an American problem" with subprime mortgages. The breadth and depth of the global financial crisis that followed led people to become wiser, or at least more sensitive, to uncertainty elsewhere in the international community and its global effects. Europe's sovereign debt crisis and high levels of unemployment, production issues in the Far East, and continuing political unrest in Middle Eastern nations and their neighbors still feature in the media every day. There is little consensus on how to resolve these issues, although each of them affects the Russian real estate market to a certain degree.

Historically, one of the most significant global factors to influence Russian economic confidence has been the price of oil. While real estate is not quite so volatile, there is a good correlation between oil price movements and real estate rental rates.

Clients of Deloitte are certainly showing greater confidence in real estate following the market's decline between 2008 and 2010. The number of commercial real estate transactions in 2011 reached $8.1 billion, comfortably overtaking pre-crisis levels. The often quoted "prime rental rate" in the office sector has increased to $1,200 per square meter per year (from the low of about $750 in 2009). Foreign investment is also increasing and financing is more readily available, although development financing is still challenging to get. The availability of funding is particularly sensitive to developments in Europe as Russian banks rely heavily on eurobonds and European syndicated loans.

The outlook for the real estate market in Russia is not only shaped by global factors, but by local considerations as well. For example, the bureaucratic process for acquiring a construction permit in Russia is much longer than in other countries internationally. According to data from the World Bank's "Doing Business 2012" publication, the Russian process for obtaining building permission comprises 51 procedures and lasts for 423 days. In comparison, the same process in the United States is composed of only 13 procedures and takes just 26 days to complete.

Making bureaucracy efficient in real estate remains an important challenge for Russia, and developers are actively seeking a simplification of the planning permission process. It remains to be seen how quickly matters will improve in Russia overall, although Tatarstan is a good example of a region where real progress is being made. If Russia makes the bureaucratic process quicker and easier, it will be hugely beneficial for the country: The market will become more attractive to potential investors, there will be more entrants into the market, and construction costs will fall.

So what are the prospects for the Russian market over the next few years? The spending power and confidence of investors and everyday consumers will ultimately decide. If mortgages become more accessible and consumer incomes do not decrease, demand for apartments will certainly increase. If shop owners see consumers maintaining their spending patterns, the growth in the number of rentals will continue and the shopping center development projects that are currently frozen will "thaw." On the other hand, office managers who are preparing their next move are likely to be very wary of global trends and will act more cautiously. Their attitudes may soon change for the better, though.