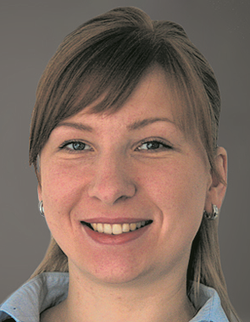 Employers occasionally make excessive payments to employees, which can be explained by a number of factors, i.e. arithmetic or computer error, software failure, mistake by individuals responsible for corporate payroll calculations, etc. Such payments are certainly welcomed by employees since it is very nice to be paid twice as much as usual. On the other hand, most employers are reluctant to part with their money and pay double the usual even to their most valuable employees.

The Labor Code of the Russian Federation outlines the limited occasions when employers may effect deductions from employees' salaries; these include payments resulting from calculation errors.

Another legal mechanism that might be applied to this situation is "unjust enrichment." The employer might claim that payment of these sums to the employee has resulted in the latter's unjust enrichment. As per the general rule stipulated by the Civil Code of the Russian Federation any person unjustly acquiring property at the expense of another person must return it to the latter. However, if the unjustly enriched individual is an employee who has unjustifiably received a higher payment than the salary specified in his/her employment contract, such money may not be recovered as unjust enrichment, as explicitly interpreted by law. The only exception to this rule covers bad faith conduct by the employee or situations in which the employer has made a calculation error in remitting money to the employee.

So, for deduction purposes it is imperative that the employer establishes whether or not actions resulting in such money being erroneously paid to the employee amount to a calculation error.

There are two approaches to defining "calculation error" in judicial practice. As per the first (conventional) approach "calculation error" is a mistake in arithmetic operations (those connected with calculations), whereas technical mistakes (software failure, for instance) are not considered as calculation-related, following the literal interpretation of Article 137 of the Tax Code of the Russian Federation.

Both approaches have been employed by courts in judging similar disputes; however, the first approach was implemented by the courts more often than the broader one.

This issue has, however, been recently considered by the Supreme Court. Within the context of a dispute considered by the court, an employer submitted a claim against an employee on the grounds that the amount due to the employee in connection with his/her dismissal had been credited twice to the employee's bank account. Once the employer had identified this, it had sent the employee a notification requesting that the latter return the overpaid sum. The employee, however, refused to repay this sum voluntarily, so the employer applied to court seeking recovery. The first instance court dismissed the employer's claim, as it was unable to identify any calculation error in the employer's actions within the scope of the first, i.e. formal, approach to its definition. In contrast, the supervisory instance court sided with the employer applying a broader definition of "calculation error." The lower court's decision was revoked and the money recovered from the employee.

In considering the case for supervisory review purposes the Supreme Court upheld the decision by the first instance court, noting, however, that the existence of two opinions on the same case may not be treated as triggering supervisory review of a lower court's resolution thus confirming that both approaches to defining "calculation error" are viable. It is, however, possible that the lower courts might think that in judging this case the Supreme Court supported the formal approach to the definition of "calculation error" and might consider its decision as a guide to action.

We cannot exclude that salary overpayments to resigning or dismissed employees resulting from calculation errors might not be identified until some time after their resignation or dismissal. So what should employers do in this instance? Can they recover overpayments?

In this case excessive salary payments may be recovered both with the employee's voluntary consent or though a court of law. In this situation courts will proceed using Chapter 60 of the Civil Code of the Russian Federation regulating "unjust enrichment." It is, however, important to understand that the presence of a calculation error will have to be established in court.

Most of the freelancers run taxi, repair and delivery, marketing and real estate services.