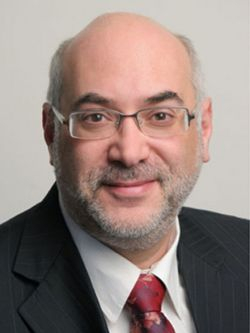 In 2011, with decreases in IPO activity internationally, only 11 Russian companies completed IPOs outside of Russia, significantly less than the 50 or more predicted by some commentators. In 2012, only RusPetro has completed an IPO on the London Stock Exchange. With the Russian elections over, the Russian economy and the world economy picking up pace, the second half of 2012 and the first half of 2013 may prove to be a good window for Russian companies to tap the international capital markets. Although many of the key issues facing companies considering an IPO have not changed, such as the need for a strong management (including independent directors), clear principles of transparency and corporate governance, financials prepared according to IFRS or U.S. GAAP, etc., there are several key developments that both Russian companies and investors should be aware of.

FSFM Regulations to Be Liberalized

Currently, placing shares outside of Russia, including placing "foreign securities" (depositary receipts), requires permission of the FSFM (Federal Service for the Financial Markets). The procedure is set forth in regulations approved by FSFM Decree of June 10, 2009 No. 09-21/pz-n (hereinafter, the "2009 Regulations"). The Regulations set forth a number of limitations on placing shares (depositary receipts) of a Russian issuer outside Russia. The number of shares a Russian issuer can place outside Russia may not exceed 25 percent of the total number of shares of the same category for quotation list "A," 15 percent for quotation list "B," and 5 percent for quotation lists "V" and "I." If the Russian issuer is a joint-stock company of strategic importance for Russia ("Strategic Company"), no more than 25 percent of its shares can be listed on a foreign exchange. In addition, if a Strategic Company also engages in exploration or mining of mineral deposits of federal significance, the limitation on placement abroad is further reduced to 5 percent. Many of the most important and widely traded Russian shares are shares in Strategic Companies subject to the 5 percent limitation. The limitation is also 5 percent in the case of an initial public offering. Since an IPO outside of Russia is not possible if only 5 percent of the shares may be placed abroad, this restriction has forced Russian issuers to reorganize as non-Russian holding companies with Russian assets.

The London Stock Exchange ("LSE") and the Other Exchanges

To date the vast majority of Russian IPOs and SPOs have taken place on the LSE and to a lesser extent the New York Stock Exchange. However, since the next wave of IPOs will include many medium-sized Russian companies, we expect that many of these companies will consider other exchanges such as the Frankfurt and Warsaw stock exchanges. Many Ukrainian agricultural companies for example have already chosen to list in Warsaw as has at least one Russian agricultural company, Valars. In any case, we do not expect London to exercise the type of dominance of the Russian market that has been the case until now.

With the adoption of comprehensive Russian anti-bribery legislation modeled on the OECD Convention, every company considering a listing on a foreign exchange (and particularly in London in light of the U.K. Anti-Bribery Act) will need to put in place an Anti-Bribery Compliance Program. This is the case even if there has been absolutely no history of corruption.

In conclusion, it appears that the market for IPOs is picking up steam and that there may be a large number of IPOs/SPOs in the second half of 2012 and the first half of 2013. Many if not most of these offerings will be by medium sized companies rather than the largest companies that have thus far accessed the international capital markets. We also expect that although London will continue to be the most popular market for Russian companies, other important markets such as Frankfurt and Warsaw will increase their market share. Finally the liberalization of the FSFM regulations may lead to at least one or two offerings of Russian shares or depositary receipts rather than shares (depositary receipts) of non-Russian holding companies with Russian assets.

Sputnik V's backers said the Omicron-adapted version of the vaccine "can be ready for mass-scale production in 45 days."
FAILURE TO PERSUADE

Even as the country’s excess mortality remains among the world’s highest, many Russians are refusing to accept new public health restrictions.