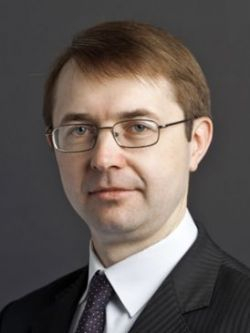 Attention from the Supreme Arbitration Court means that abuse-of-right rules are gradually becoming an effective defense tool, even in the most difficult cases, where ostensibly lawful actions conceal an improper purpose.

An abuse of a right occurs when a person, complying with laws relating to the exercise of a right, violates other criteria for exercising it, such as ethical, objective or functional considerations. Recent clarifications by Russian courts mean that buyers and sellers of property should be aware abuse-of-right instances and how the courts address them.

Under civil law, a person acting lawfully gains rights and obligations. Examples include becoming an owner of an item by entering into an agreement to buy it, or the right to financial remuneration for work performed under contract, or the right to participate in a business through buying into its authorized capital. Where a person breaches statutory provisions or obligations under an agreement, they can be subject to sanction, such as a penalty, reimbursement for loss or damage or, in the case of an invalid transaction, losing a claim against a counterparty.

But defining an action as lawful or unlawful isn't always straightforward. For example, a company's general director, acting within his or her powers and authorities, may conclude a deal depriving the company of a key asset or development prospects. A company participant may be legally entitled to convene a general meeting and do so on a daily basis, using up considerable administrative resources to formally deal with the requests. In these circumstances, the affected party cannot refer to any violation of the law because the actions are formally lawful, but the adverse consequences are obvious. In these instances, the matter is not about an offense but about an abuse of a right and bad faith conduct by an authorized person.

The general protection against an abuse of a right is the denial of court protection for those found to be abusing a right. In the company general meeting circumstance referred to above, the court will simply not support the claim, freeing the company from an obligation to convene a meeting. This defense will be absolutely useless in the asset-stripping example where deal nullification and retention of the assets is most important.

Recent judicial practice relating to abuse-of-right transactions has been very contradictory. The situation changed when Information Letter No. 127, dated Nov. 25, 2008, "Overview of Court Practice on Application of Article 10 of the Russian Civil Code," was approved. It triggered a renewed application of the abuse-of-right rule, including for invalidating transactions. The guidelines specified in Clause 9 of the Information Letter were further developed in SAC Resolutions No. 1795/11 of Sept. 13; No. 18484/10 of July 12, 2011; and No. 10254/10 of Nov. 30, 2010, among others.

The guidelines and the information letter allow deals to be voided on abuse-of-right-related grounds in particular circumstances. The first is where there is an unjustified gain by a company taking advantage of an authorized person acting improperly. Information Letter No. 127 of Nov. 25, 2008, noted the following in relation to one property transaction: "The circumstances of the property sale found by the court evidence bad faith conduct (abuse of right) by the company (the purchaser), which has taken advantage of the situation where the seller's sole executive body concluding the said sale and purchase agreement acted to the detriment of the latter and, as a result, the sanatorium lost the opportunity to use the property required for its key activity and suffered additional costs of leasing the same property, such expenses exceeding many times over the amount received as the purchase price for the sold property."

A second circumstance is where a seller's sole executive body concludes a sale and purchase agreement that is obviously to the detriment of the seller's interests. Resolution No. 17912/09 of the Supreme Arbitration Court of the Russian Federation, dated Nov. 22, 2011, outlined one example.

"The court also found that not only did A.V. Vorobiev, director of and a participant in the company, in abuse of his office, inflict harm on the company Priokskoe but his actions also exposed the company to termination of its business and posed a threat of liquidation.

"The circumstances revealed in the case, as well as the mentioned judicial acts on other cases, confirm that A.V. Vorobiev abused his office as the general director of Priokskoe. He took advantage of his office for stripping the assets from the company and allowing other companies of which he was the head and a participant to acquire them at a lower price."

It is necessary to prove a buyer's awareness that a seller's representative is acting against the seller's interests. In one case considered by the Supreme Arbitration Court, Resolution of the Presidium of the Supreme Arbitration Court of the Russian Federation No. 1795/11, dated Sept. 13, 2011, the judicial acts were canceled where it was found that the buyer was unaware, even though the transaction had been concluded on terms and conditions obviously unprofitable for the seller: "The courts have concluded on applying these rules in aggregate by referring to bad faith actions by the plant's management. In order to characterize such transactions as invalid, however, it is necessary to reveal either collusion involving the plant's management and the company or the company's awareness of similar actions by the plant's management. The courts have not revealed any such circumstances. Violation by the plant's authorities of the obligation to act in favor of the company reasonably and in good faith, as manifested in the transactions entered into on the allegedly disadvantageous terms and conditions, does not constitute grounds for invalidating the transactions concluded by these authorities on behalf of the plant."

These are arbitration, not criminal, proceedings, meaning that the circumstances are very difficult to prove. It is hard to imagine that the parties to such transactions would execute a "collusion agreement" or state their awareness of collusion during the proceedings. The reference is obviously to indirect evidence, including affiliation of the transaction parties, no other activity by the purchaser, and incorporation of legal entities shortly before the transaction.

The understatement of the property's real value deserves special mention. The Supreme Arbitration Court has twice emphasized in decisions of its presidium that under-priced contracts and unprofitability of transactions revealed later, by themselves, prove neither the company's abuse of right nor the grounds stipulated by law for recognizing the transaction as void at the time of its conclusion.

It is quite easy to understand the aim of the Supreme Court to preserve business stability and its fear of being plunged into numerous statements of claim relying on Article 10 of the Russian Civil Code, with reports attached on the market price of the property disposals. Taking into account the available assessment methods, we believe that such measures are reasonable. At the same time, the following should be noted: An understated property sale price is a key attribute of an abuse of right because it infringes of a party's material interests. In this respect, we would like to emphasize that price understatement in itself — without evidence, a general director's actions are aimed at inflicting damage upon a company and a counterparty's awareness of this — may not serve as grounds for invalidating a transaction. But if these conditions are met, price understatement will help confirm abuse by an authorized person of their right to conclude transactions.