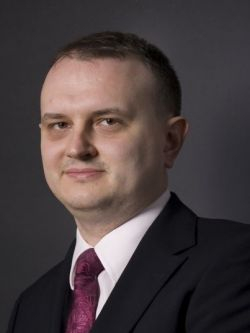 1. New transfer pricing legislation. Arguably the most controversial topic is introduction of the new transfer pricing regulations that came into effect on Jan. 1, 2012. The new regulations are a lot closer to the Organization for Economic Cooperation and Development (OECD) Guidelines as compared with the previous legislation, although they are not 100 percent OECD compliant and important differences remain that often require "Russification" of any global transfer pricing documentation that exists. Although the first transfer pricing-related filings are not due before May 20, 2013, it is paramount to work on the issue now, with possibility to address some of the transfer pricing issues structurally (eliminating some of the entities) or commercially (be adjusting the prices in advance to bring them in line with the relevant benchmarks), and also to collect and create necessary the documentation.

2. Historical defenses against thin capitalization rules may no longer be relevant. Historically, Russian thin capitalization rules have been largely irrelevant, as most taxpayers avoided them either through the "sister company" loophole (a loan from an affiliated "sister" company is technically not subject to thin capitalization) and/or under nondiscrimination or special deductibility provisions in the protocols to double tax treaties. As we now know from a recent resolution by the Supreme Arbitration Court on the Severny Kuzbass (an ArcelorMittal subsidiary) case, both the nondiscrimination and the protocols based defenses are largely no longer available. The "sister company" defense is currently under massive attack in the Naryanmarneftegaz (a joint venture between LUKoil and ConocoPhillips) case and appears to be cracking under artificial conduit structure argumentation. In this context it is important to revisit the historical financing structure you have been using for your Russian business, and the potential need to comply to the 3:1 debt-to-equity ratio going forward.

4. Tax authorities increasingly dropping the cases they are losing. Historically, the tax authorities were notorious for following the tax cases through the court system (up to the third level court, i.e. cassation appeal) even in situations where it was obvious that they had a losing case. We are now seeing more and more situations where the tax authorities are dropping the cases they are apparently losing. This decreases the opportunity cost of a tax controversy and should inspire taxpayers to act more aggressively to defend their legitimate tax positions.

5. Easier VAT refunds. Another piece of good news is that many of our clients report increasing number of cases where the local tax authorities have been refunding the VAT without the need to go to court. Although this has not been formalized officially, it appears to be a favorable change in the overall attitude of the tax authorities to such situations. In this context, if you have a significant amount of VAT receivable that you may have been delaying to claim for refund for the fear of a tax litigation, it may make sense to revisit the rationale for delay and consider applying for the refund now.

6. Increasing sophistication of the tax and regulatory authorities. Some of the recent cases (the "substance over form" approach in Severny Kuzbass and Naryanmarneftegaz thin capitalization cases, permanent establishment attacks in Bloomberg and CMS, signing of information exchange protocols with Cyprus, Luxembourg and Switzerland, applying a look-through approach for ownership of strategic enterprises by Russian owners through foreign vehicles, etc.) may be indicative that the Russian authorities are increasingly looking at the global best practices in combating tax fraud and tax evasion. The problem is that the respective issues are resolved on sometimes unexpected and apparently irrelevant grounds. We are also seeing cases where the Russian tax authorities revisit historic tax positions using more innovative technical arguments. This will require more diligence in Russia-related structuring, as well revisiting the historic tax position you have been taking to verify whether they are still bulletproof.

Kremlin admits call-up 'errors' but no decision to close border

The Kremlin admitted Monday that errors had been made during the mobilization of reservists for the military action in Ukraine and said no decision had...
new wave of migrants

Finland said on Monday it had recorded the year's busiest weekend in terms of Russians entering the country after Moscow's military call-up announcement...
long-awaited admission

Yevgeny Prigozhin, a Kremlin-linked Russian businessman, has for the first time admitted that he is the founder and financier of the notorious private...
draft backlash

A Siberian enlistment officer has been shot and seriously wounded during Russia’s military call-up, regional authorities said Monday as discontent...