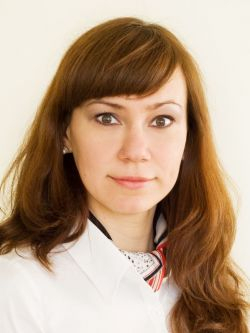 Alongside actively developing cross-border economic, trade and customs law and adjusting to European standards and the WTO principles, Russia is seeing the adoption of rulings actually hampering foreign capital flow into the country. In January 2012, Russia's Supreme Arbitration Court (SAC) published a ruling prohibiting taxpayers with foreign capital from deducting interest they pay on loans "with a foreign element." Apart from the prospect of reducing foreign investments, this ruling may already entail considerable taxes being additionally assessed on Russian borrowers when tax audits are held.

The Finance Ministry has noted on a number of occasions that its priority in the sphere of taxes is to reduce the number of benefits granted by international double tax treaties. This trend directly affects foreign entities investing in their Russian subsidiaries by making loans. Protocols have already been signed to the tax treaties with Cyprus, Switzerland and Luxembourg to allow for national thin capitalization rules to be applied, such rules limiting the interest that may be deducted by a Russian borrower and providing for the remaining interest to be reclassified as dividends (Article 269(2) of the Tax Code).

With the protocols not yet being in force, the tax authorities increasingly often are trying to change the case law involving tax treaties by urging courts to take a different approach to interpreting them. The dangerous trend is that courts have lately tended to support these attempts, although once they used to advocate priority of tax treaties over the limitations imposed by national legislation. Moreover, the tax authorities have won support at the highest court level. For instance, on Nov. 15, 2011, in the case of Severny Kuzbass, the SAC prohibited a taxpayer with a foreign capital from deducting interest it had paid on the loans "with a foreign element." The text of Resolution No. 8654/11 was published on the official website of the SAC on Jan. 10, 2012.

Foreign investors may choose how to finance their subsidiaries in Russia: by investing in the issued capital or granting interest-based loans. The second option is better for the investor in terms of taxes because interest is deducted from taxable profit.

Russian legislation, however, sets out certain limitations. Article 269(2) of the Tax Code limits the deductible interest for loans extended by a foreign participant (holding a share directly or through another company) or its related Russian company, as well as loans secured by a foreign participant, where the loan exceeds the Russian borrower's net assets by a certain amount. In such cases the latter faces a number of adverse implications. For example, the interest payable to the creditor under such a loan is classified as dividends and, therefore, may not be deducted from taxable profit.

These rules apply automatically, i.e. irrespective of whether the Russian taxpayer has been found to be abusing the legislation, what the purpose of the loan is and whether the terms of such loan are comparable to similar loans extended on the market. The "thin capitalization" rules only apply to companies with foreign participants (i.e. with more than 20 percent of the capital being directly or indirectly owned by foreign entities).

Russia is a party to more than 80 double tax treaties and most of such treaties aim to rule out discrimination based on the "origin of capital" and "receiver of income" criteria (e.g. treaties with Cyprus, Switzerland, Netherlands, Germany and France). The first criterion, essentially, means that Russian companies whose capital is controlled in full or in part by a resident (residents) of a foreign state should not be subjected in Russia to any requirement that is more burdensome than the requirements to which other Russian companies (companies with fully Russian capital) are or may be subjected. The second criterion means that interest paid to the resident of a foreign state should be deducted for tax purposes on the same terms as if they were paid to a Russian resident.

Although in its Resolution No. 8654/11 dated Nov. 15, 2011, the SAC ruled on a specific case, considering the specifics and terms of the loan agreements that have been signed, it will affect the general approach of regional commercial courts. Tax authorities will undoubtedly use this resolution whenever possible to assess additional taxes to Russian borrowers, taking the first opportunity during tax audits that are now in progress (with regard to the previous tax periods). This may result in considerable tax amounts being collected for the state budget. Please note, however, that the SAC's conclusions were reached in connection with a specific case rather than denying in principle the nondiscrimination provisions of the tax treaties. Nevertheless, related foreign investors and Russian borrowers should consider carefully the terms of loan agreements to be signed and, if necessary, reconsider those that are presently in effect.