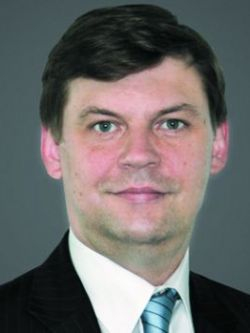 Federal case law has significantly changed the tax landscape quite recently. In Biryusa, the Presidium of the Supreme Arbitration Court (SAC) established that the statute of limitations for the offense of failure to pay tax (three years) actually starts counting from the beginning of the tax period coming after the one when the tax was due, and not after the one for which the tax had to be paid. This way the court changed its own case law previously established in 2005 in Urengoigazprom.

Before a few weeks ago, most still believed that double tax treaties' nondiscrimination clauses provided a solid defense against Russian thin capitalization rules (making interest on related party loans nondeductible insofar as such debt exceeds the debt-to-equity ratio of 3). The positive regional case law got demolished by the Presidium in Severny Kuzbass.

Still, this all (as also the legislative changes) pale in comparison with what the SAC intends to say in its 50-plus page long plenary ruling on the application of the first part of the Russian Tax Code. Among the positive things is the legal opportunity for the taxpayers to erase their old uncollectable tax debts from the accounts with the tax authorities and a ban on the offset of such old debts against new tax overpayments.

The list of the negatives is however much longer. While the rule that the tax not withheld by a tax agent from a foreign payee cannot be collected from the tax agent was first established by the SAC back in 1997 (Kandalaksha Aluminum Plant) and reconfirmed in 2010 (Corus-Ufa) and less than three months ago in GEOATOM Group, the SAC intends to state that such tax can still be collected. The trick is that this can be done in civil (rather than tax) proceedings against the tax agent. Numerous legal arguments against this approach exist, and in the commentary I have supplied to the SAC I have listed them all and made it clear that the way the ruling is worded would clearly violate the principle non bis in idem that precludes making someone liable for the same offense twice.

The SAC also intends to clean up the mess created in 2001 by the Constitutional Court in Melerzanova — the court stated that the Tax Code's three-year (upon payment) statute for claiming back overpaid taxes did not apply to court claims where the three years should count from the date the taxpayer became aware of their rights' infringement. As it was problematic to understand how the rights were actually infringed considering the taxpayer never asked for the refund within the established term, the SAC later ruled that the three years should count from the moment the taxpayer became aware of the overpayment. The problem is that nobody really understands what this moment is either. Now the SAC intends to say that the three-year (upon payment) limit equally applies to administrative and court claims thereby closing the discussion.

In the paper submitted to the SAC, I have pointed out that this would be overkill, and that the society would be best served in case the three years applied to the administrative claims but should they not be granted, the new three-year term for a court claim would be available.

There are a lot of other issues of utmost importance addressed in the draft ruling, and each company will be affected upon its introduction. The wording is available at the SAC's web site (arbitr.ru), and I would strongly advise everyone to provide comments to the court as the latter is willing to listen. It is time to act as you can either ride the storm, or be wrecked by it.