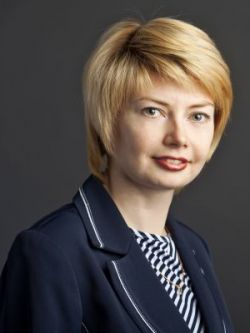 New Russian public health laws that will begin coming into effect on Jan. 1, 2012, reflect an unprecedented surge in interest, following the first proposals to amend Russia's core legislation on public health protection, just over a year ago. Industry players and the public need to be aware of what the changed laws mean.

The new federal law on the fundamentals of public health protection in the Russian Federation passed its third reading in the State Duma on Nov. 1, 2011, after strong opposition from some sections of the medical community, professional associations, and pharmaceutical and medical equipment companies had delayed the second and third readings. The Health and Social Development Ministry's public discussion saw more than 2,000 comments.

The passing in September 2010 of similar fundamental legislation — on drug circulation in the Russian Federation — which included some incorrect wording and was seen as negative by some industry players, saw an active industry response to the proposals for public health legislation. Extensive discussions across the industry, at a range of levels, ensued about changes to the existing public health laws, which were nearly 20 years old. Although the major provisions come into effect as of this coming January, some other provisions will not become effective until 2017.

A major area of contention was a proposal by the Federal Anti-Monopoly Service, backed by the Health and Social Development Ministry and the prime minister, to restrict communications between medical practitioners and pharmacists, and pharmaceutical and medical equipment companies.

The Federal Anti-Monopoly Service proposed banning visits by medical company representatives to doctors during working hours and prohibiting medical practitioners from receiving gifts, cash, payment for entertainment, leisure, travel to holiday resorts, and samples of medicines and products for delivery to patients from companies. There were also proposals to ban medical practitioner participation at conferences and seminars, with similar proposals floated for pharmacy employees.

The industry appealed to legislators arguing the need for a balanced approach, resulting in a range of amendment options being considered. By the time of the second reading, the initial provisions had been watered down considerably, while at the same time being made more legally correct, with the envisaged sanctions for violation of remaining prohibitions being considerably reduced. The end result is that scope for visits to medical practitioners and pharmacists not only remains in place, but has been legalized.

Under the new law, companies may visit during clinical trials, and in order to improve the professional skills of the practitioners, as well as to collect information on side effects relating to treatments and medicines. Similarly the new law retains scope for practitioners to attend seminars, conferences and scientific events, even where these are financed by a single company. At the same time, other key prohibitions appearing in the first bill, including on cash payments, gifts and payment for entertainment, leisure and holiday travel, remain in effect.

Most large industry players have long had clear policies and procedures regulating ethical interaction between company employees and medical practitioners or pharmaceutical workers. These policies will need to be aligned with the new law, with the prohibition on provision of drug samples to medical practitioners, for patients, likely to mean significant revision of existing policies.

It should be noted that the current working of the existing bill is to some degree in conflict with the federal law on drug circulation, which established an extensive list of persons wholesale companies have the right to provide samples to, including treatment facilities, but not including medical practitioners. Despite this, in practice, there are situations when practitioners receive samples that are subsequently provided to patients.

Similarly, companies passing samples to pharmacists for distribution to the general public is also expressly prohibited by law, with medical and pharmaceutical workers now liable for violations under the legislation.

Payment for scientific and/or educational studies

Under the bill, medical practitioners are allowed to enter into contracts for carrying out educational and scientific activities.

Despite this, we think that lecturing, seminar participation and some other types of activity currently undertaken by medical workers under the aegis of "educational activities" may no longer continue to do so if they are outside educational institutions and have no identified educational criteria to meet. Similarly we think that a technical assignment should be a key part of any agreement with medical workers for the performance of scientific work, and that this should reflect the definition of scientific activities under the new law — which presumes creative activity directed toward obtaining new knowledge about nature, man and society, or application of scientific knowledge across an identified range of fields.

Liability for prohibition breaches established by the bill

Under the bill, medical and pharmaceutical employees will be liable for violation of the above prohibition in accordance with the legislation.

Of particular interest is the introduction of a new definition — "conflict of interest" — referring to situations where medical or pharmaceutical workers take a personal interest, while performing their professional duties, in obtaining, personally or through a company representative, a financial or other benefit that affects, or might affect, due performance of professional obligations, resulting in a conflict between the personal interest of the medical or pharmaceutical employee and the patient's interests.

To settle the conflict of interest, a special committee will be set up. I believe that such general wordings do nothing to ensure the proper working of the law in this respect. It is quite clear that medical practitioners and pharmacists will be reluctant to inform institution heads of a conflict of interest, and institution heads similarly reluctant to inform the authorized body, as by doing so they would confirm that the law has been breached. It is, therefore, as yet impossible to determine how severe the liability for breaking the relevant regulations will be.

Other noteworthy amendments include the following:

Procedures and standards for medical care

In our opinion, it will be interesting for market players to know that the medical care standard is developed according to the classification of medical services — including average frequency provision figures and the application rate, including for drugs registered in the Russian Federation (with indication of the average dosage) — according to instructions for using medication, and the therapeutic category, under the Anatomical Therapeutic Chemical Classification System recommended by the World Health Organization.

Even though there is no indication that the standards are binding, prescription and use of drugs, medical products and specialized nutritional care products not covered by the relevant medical care standard is allowed, subject to certain medical conditions (life-saving reasons and other nonstandard events) by decision of a health commission. According to the bill, a health commission consists of medical practitioners and is run by the head of the medical institution or deputies.

This means that for a medical practitioner to prescribe a drug or medical product not included in the medical care standard under a specific prognosis, they will need to obtain a decision from a health commission run by the head of the medical institution or deputies. I believe that, in practice, this situation will cause many problems, especially for medical practitioners and patients. It is unclear how the practitioner will obtain a decision from a health commission when such a need arises, and how much time this will require.

The new law marks the first time that the concept of "orphan" diseases has appeared in Russian legislation. Under the proposed bill, rare (orphan) diseases are those with an incidence of fewer than 10 cases per 100,000 of the population. For the purposes of supplying drugs to people suffering from rare diseases, a Register is maintained of people suffering from life-threatening, acute and chronic, progressive, and rare (orphan) diseases that shorten life expectancy or cause disability.

It is interesting that the previous version of the bill specified the budget level and the source from which patients with rare (orphan) diseases would be supplied with treatments. The latest version provides no such details.

The new law also marks the first time that the concept of "medical products" has been introduced into the legislation. It refers to any instrument, apparatus, device, equipment, material or other products used for medical purposes, separately or jointly, including other accessories and special software, required for use of these products.

It should be noted that, in our opinion, the definition of medical products and the specifics of their circulation hardly fits the law on the fundamentals of public health protection. Even so, legislators decided not to pass a separate law regulating circulation of medical products similar to treatments subject to a separate law. Time will tell whether this was justified.